Early this week, 20+ of my fellow South Coast Botanic Garden docents and I toured Sherman Gardens in Corona Del Mar.  I've been there several times before but it appears this is the first time I've visited during winter.  It's also the first time I was treated to a docent-led tour.

We broke into small groups.  Mine started out in the Succulent Garden. 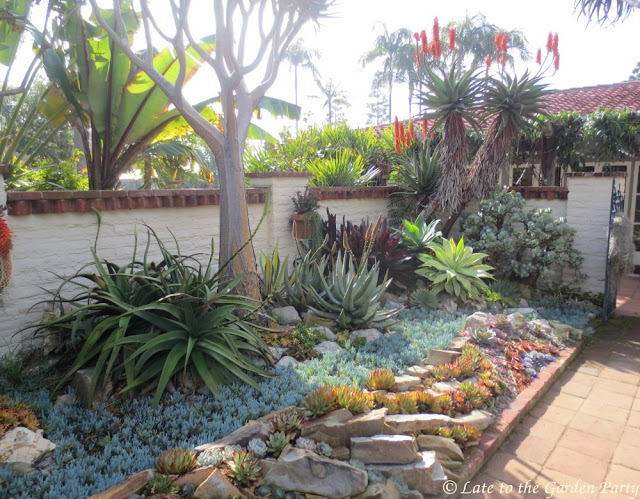 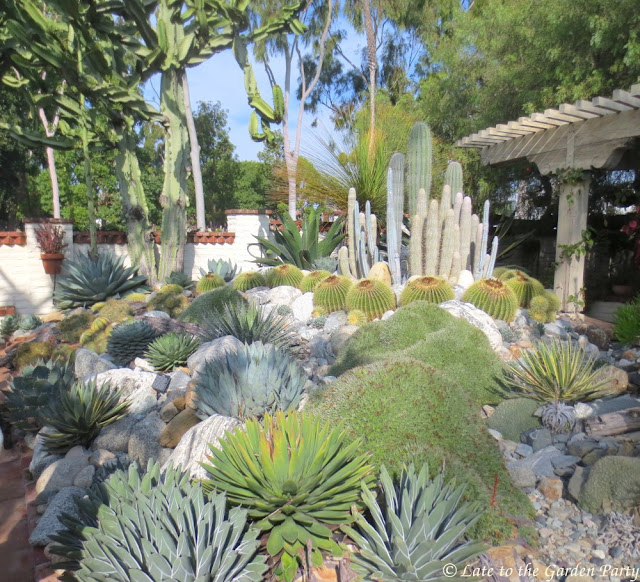 We checked the borders on the other side of the Succulent Garden before moving into the Fern Grotto.


Then we headed back across the garden toward the Tropical Conservatory.

As we rounded the exterior of the Tropical Conservatory, I was surprised to discover that the Rose Garden was missing!

The area beyond the Rose Garden is officially called the Sun Garden but I like the think of it as "Sherman's Garden" as the botanic garden's mascot holds court there.

As we were concluding our tour I noticed a striking vine dangling from the roof of the gift shop.

Sherman Gardens is small, less than 3 acres in size, but as you can see from this post, every square inch contains something interesting.  It's definitely worth a visit if you find yourself in the area of Newport Beach.  The fact that it's also only a mile or so from Roger's Gardens, a wonderful garden center, is an added bonus in my view.

Have a great weekend!