Wednesday Vignette: The Price of Inattention

Back in April, in a Tell the Truth post, I included photos of the clover (Trifolium repens) overtaking the flagstone pathway in my front garden.  I justified leaving it alone based on the arguments that clover fixes nitrogen in the soil; its dense foliage prevents the raccoons from digging; the bees like it; and the flowers are pretty. 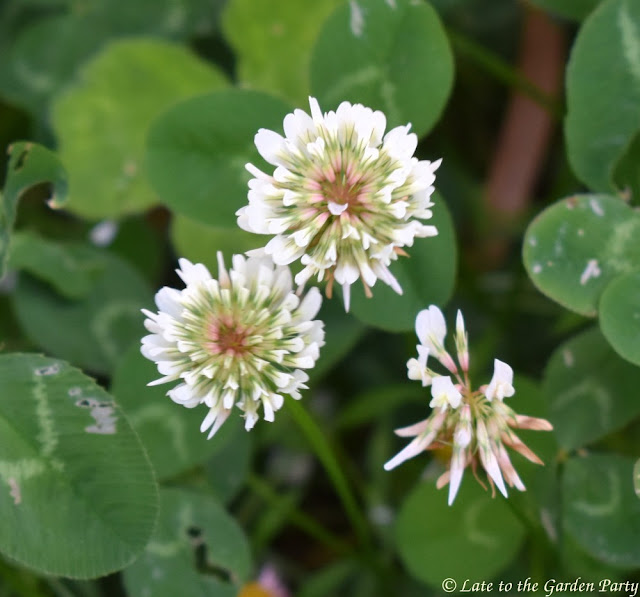 I also said that, when our long-awaited remodel started, the clover would get trampled down anyway.  What I failed to consider was how far it could spread, especially as we continued to get rain into May and as the date for our remodel got pushed out time and again.  It spread last year too but not to the extent it has this year.

Yesterday morning, before the temperature climbed into the 90s on the second day of our first heatwave of the summer season, I spent a good hour cutting back the area immediately surrounding the flagstone path.  (I need to buy a string trimmer.)


Lesson learned.  In addition to cutting back "weeds" like Erigeron karvinskianus (aka Santa Barbara daisy) and Centranthus ruber (aka Jupiter's beard), I should be cutting back the clover in late spring.  Hopefully, next year I won't allow myself to get distracted.

This post owes credit to both Alison of Bonnie Lassie, who spearheaded the idea of "Tell the Truth Tuesday," and Anna of Flutter & Hum, who hosts Wednesday Vignette.