I inherited a LOT of hedges with our current garden, including hedges next to other hedges as in the case of the Ceanothus and Xylosma planted in the front and back gardens.


As discussed in a post in October 2015, the Ceanothus shrubs throughout the garden began to fail in 2015.  I can't entirely explain this.  They have a reputation for being short-lived when grown in areas receiving regular irrigation but, if anything, the irrigation in the area decreased after we moved in, especially once the adjacent lawn was removed and water restrictions were implemented in response to our drought.  Perhaps the shrubs weren't as deeply rooted as they should have been after years of more intensive irrigation, or perhaps they couldn't handle the regular shearing they received to keep them within the space designated for them.  In any case, they died off one after another in the front garden, leading me to wonder if I should just pull out the remainder.  But I hung on to the last of them until I could stand their ugly appearance no longer.


I asked my mow-and-blow gardeners if they could take out the remaining shrubs but, when they made minimal progress during two of their 20-minute weekly visits, my husband and I tackled the job.  My husband deserves most of the credit - I served mainly as the clean-up crew.  We made quick work of the job and, voilà, in less than 2 hours we were done!

The pathway parallel to the street is now far less claustrophobic and I have a new area to plant. 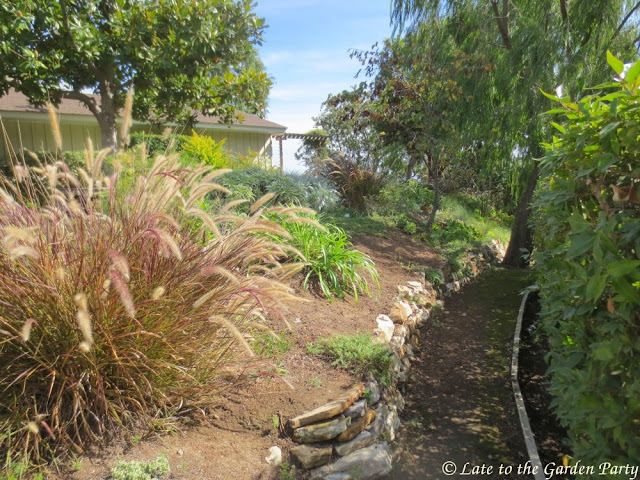 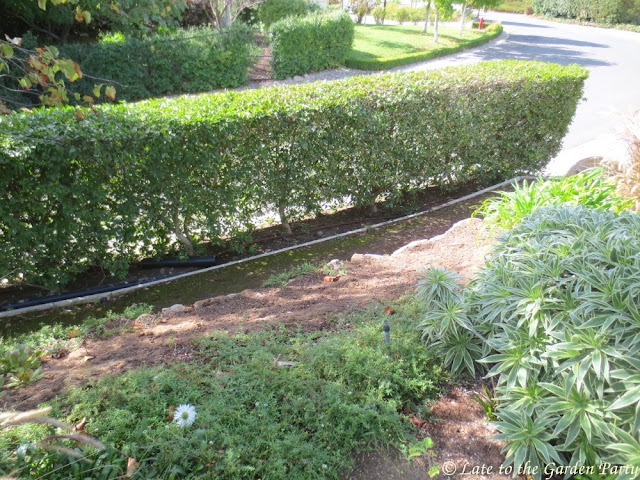 The plants behind the old Ceanothus hedge may also get more sun and better air circulation. 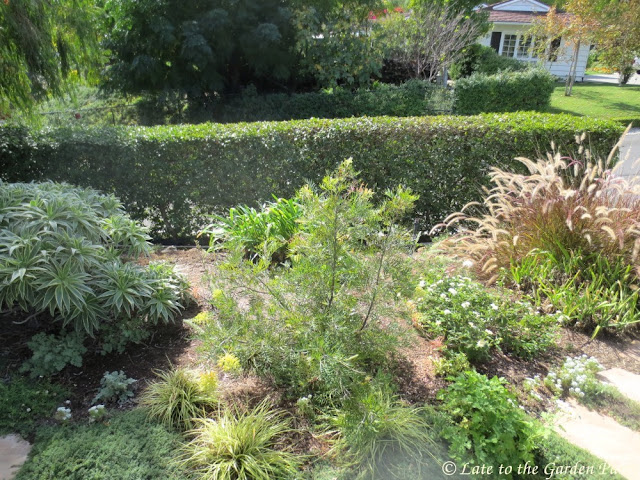 The "new" area is roughly half shade and half sun.  I'm still working out what to plant there.  The ground above the stacked stone wall is sloped so I think I need another supply of rock to stabilize it before I get too carried away buying new plants.  Having new space to plant is a great mood booster, though.