In a Vase on Monday: Imitation of a Rose

I had such good luck with Eustoma grandiflorum last year, I had to pick up more when they became available in the garden centers this spring.  I found the double-flowered 'Echo Pink' variety in 6-packs and scattered them about in the middle of the backyard border, where I'd hoped they'd play up the pink in my Yucca 'Bright Star.'  Their blooms turned out to be much paler than I'd expected so I won't use them in that spot again but they're still pretty in a vase. 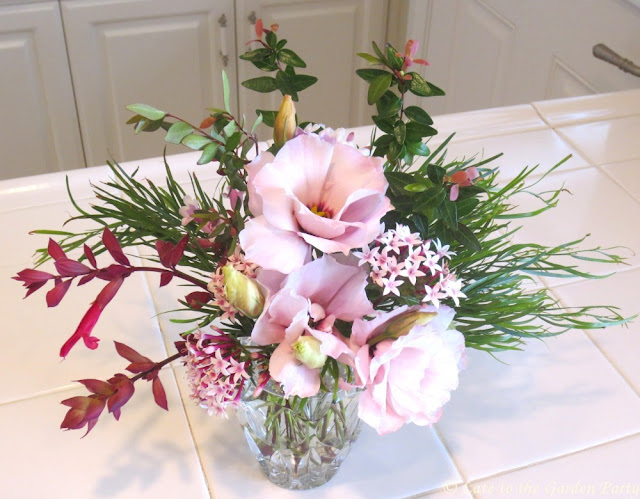 The vase contains a couple of repeats from last week:

I placed the vase on the entryway table, where it got the attention of my curious cat.

I'm also showing off a vase I created late last week for a visit by my sister-in-law and her husband. 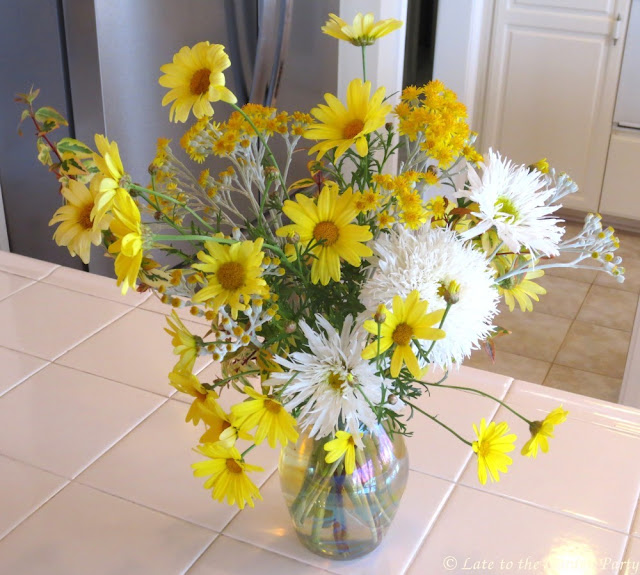 This yellow and white concoction includes:

I moved this arrangement from the entryway to the dining room table when I tossed out last week's creation (which, except for the roses, was still in good condition).  Pipig paid not lick of attention to this arrangement but, upon taking a photo of it in its new position, I discovered that she hadn't left the other one alone. 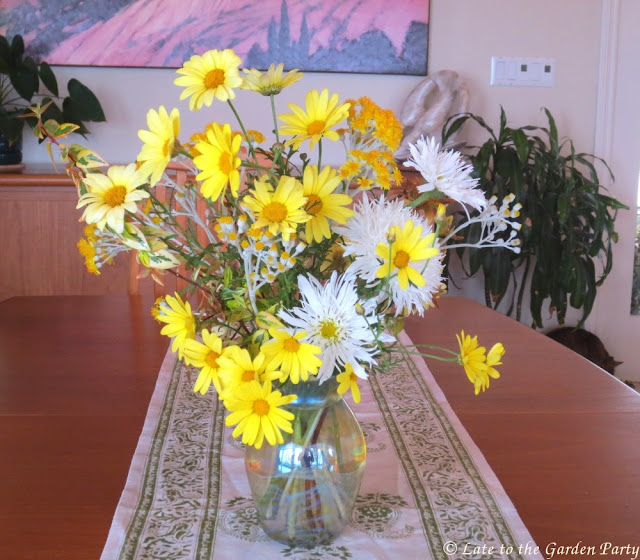 You can see my errant cat in the background of the frame above, on the right.  What was she doing?

Rebuked, she was unrepentant. 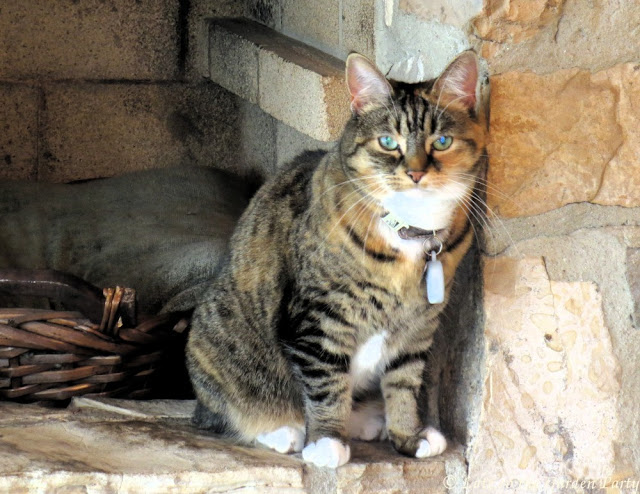 Visit Cathy at Rambling in the Garden to see what she's got in a vase this week and to find links to other gardeners' creations.