In a Vase on Monday: Orchids Demand Center Stage

Although last week's heat made it impossible to deny that summer has arrived, there's still a lot in bloom, even if some flowers are starting to look a little worse for the wear.  Agapanthus were the most obvious choice for this week's vase but I couldn't think of anything inspiring to do with them.  Instead I fixated on the yellow Cymbidiums that sit in pots in a neglected area of my garden.  Their foliage is scorched so I haven't hauled the pots close to the house where the flowers could be admired.  Cutting stems for a vase seemed the obvious solution; however, selecting flowers to complement them presents a challenge.  I cut other flowers and foliage with similar colors but, in the end, I used just a single foliage element to accompany the orchids - they don't like to share center stage. 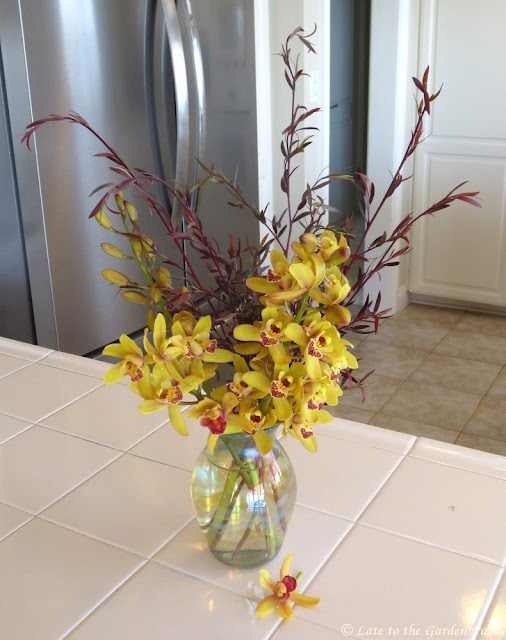 The rest of what I'd cut, plus some ornamental grass, went into a second vase.  A photo of the 2 bouquets together shows their incompatibility.


The Cymbidiums landed in the front entryway and the second vase took a place on the console table in the dining area. 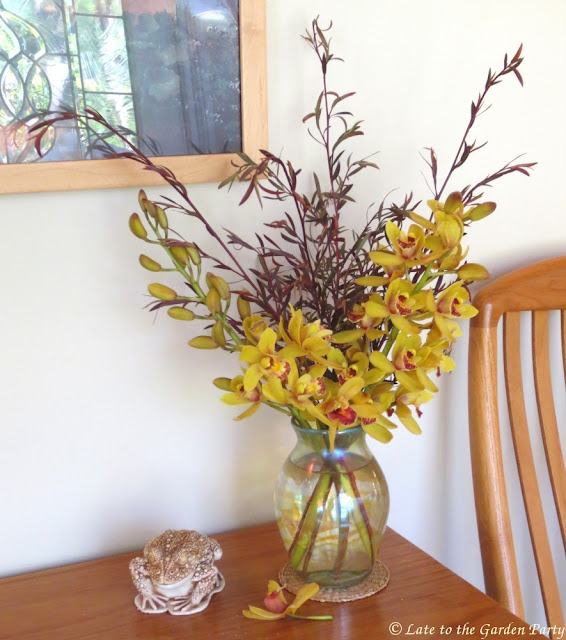 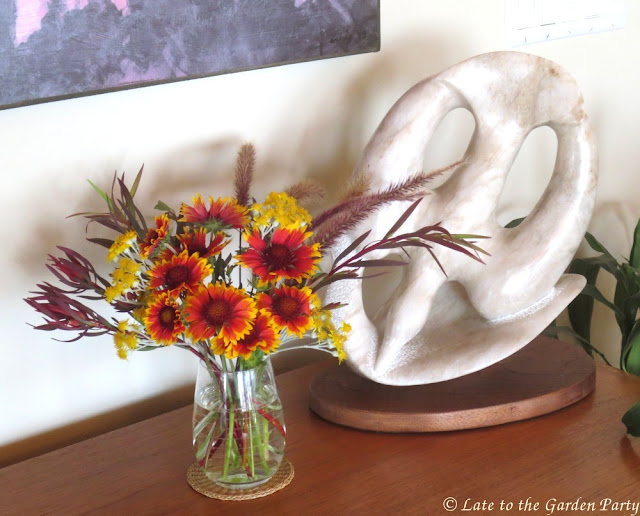 Visit Cathy, the host of the "In a Vase on Monday" meme, at Rambling in the Garden to see what she's come up with this week and to find links to other contributors' creations.