In a Vase on Monday: False Start

Last week, I got it into my head that I was going to use Pelargonium 'Oldbury Duet' as the centerpiece for this week's vase, prepared in connection with the meme hosted by Cathy at Rambling in the Garden.  Why I fixated on that particular flower with its relatively short stems, I can't say, except that I do like the way the sun shines through the flower petals in the early morning.

However, when I went to clip my first flowers from the shrub, I realized that the high winds we've had for the last few days had done the plant little good so, with one stem in hand, my plan fell apart.  I decided to stick with the color scheme anyway.  Here's what I put together:


While the vase I used is short, its opening is rather wide so I ended up using a lot of flowers to fill it:


This week's vase is in the front entryway (mainly because it doesn't look good with the current table runner in the dining room). 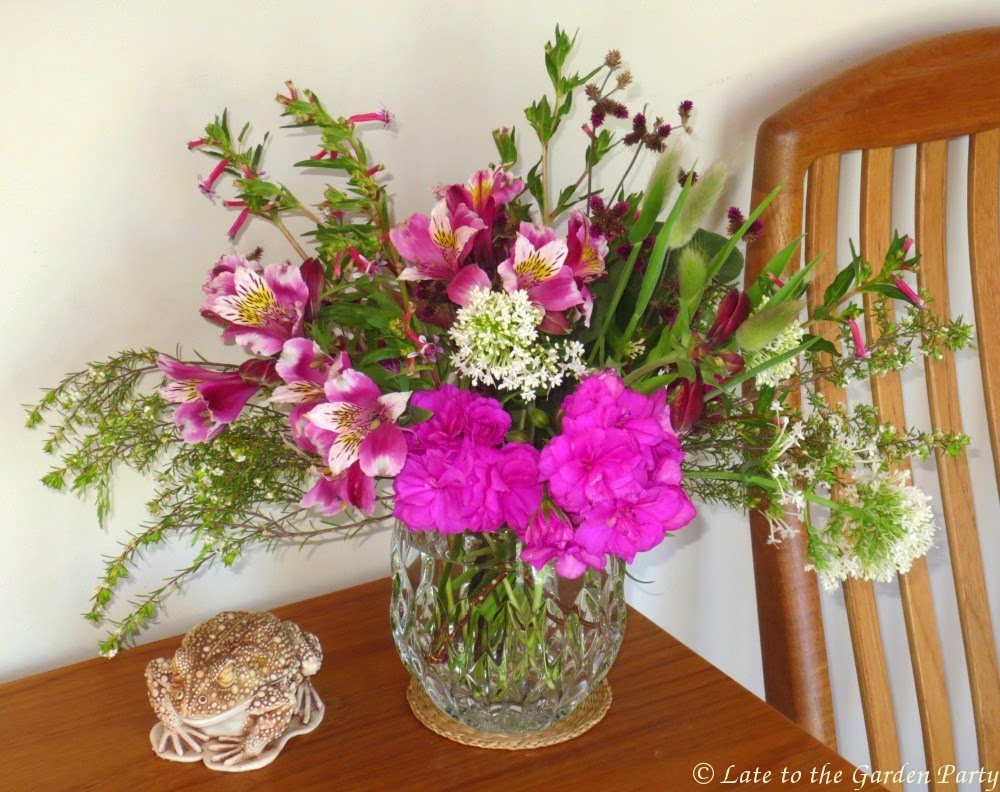 You can see Cathy's vase and find links to other gardeners' Monday creations here.