In a Vase: Monday Morning Blues

I've been in a blue mood of late so focusing on blue flowers for this week's "In a Vase on Monday," the meme hosted by Cathy at Rambling in the Garden, struck the right note with me.  I've been impressed by the blue and white arrangements put together by other contributors and I'd planned to stick to those two colors myself but a limited supply of white flowers, as well as a desire to perk myself and the vase up, led me to include a dash of yellow. 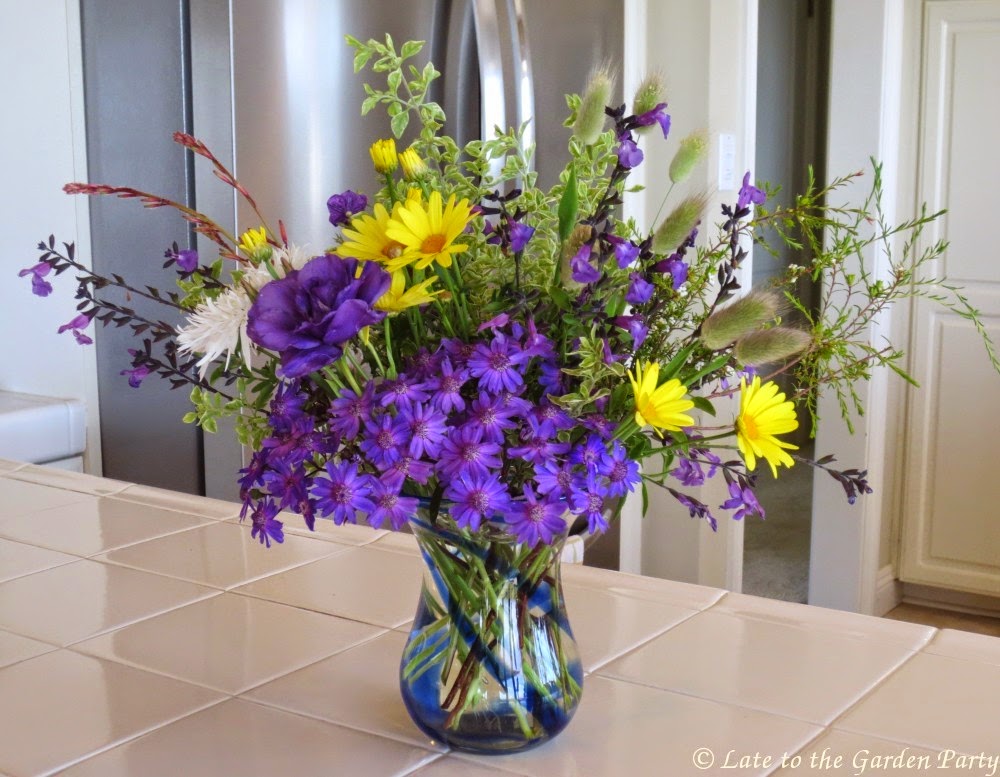 The supply of blue flowers is plentiful at the moment.  My Agapanthus are already starting to bloom and, although I didn't include any of those this week, it means that you're likely to see more blue in the coming weeks.  Here's what I included in this week's vase:


The vase landed on the dining room table, where it can be viewed from front and back. 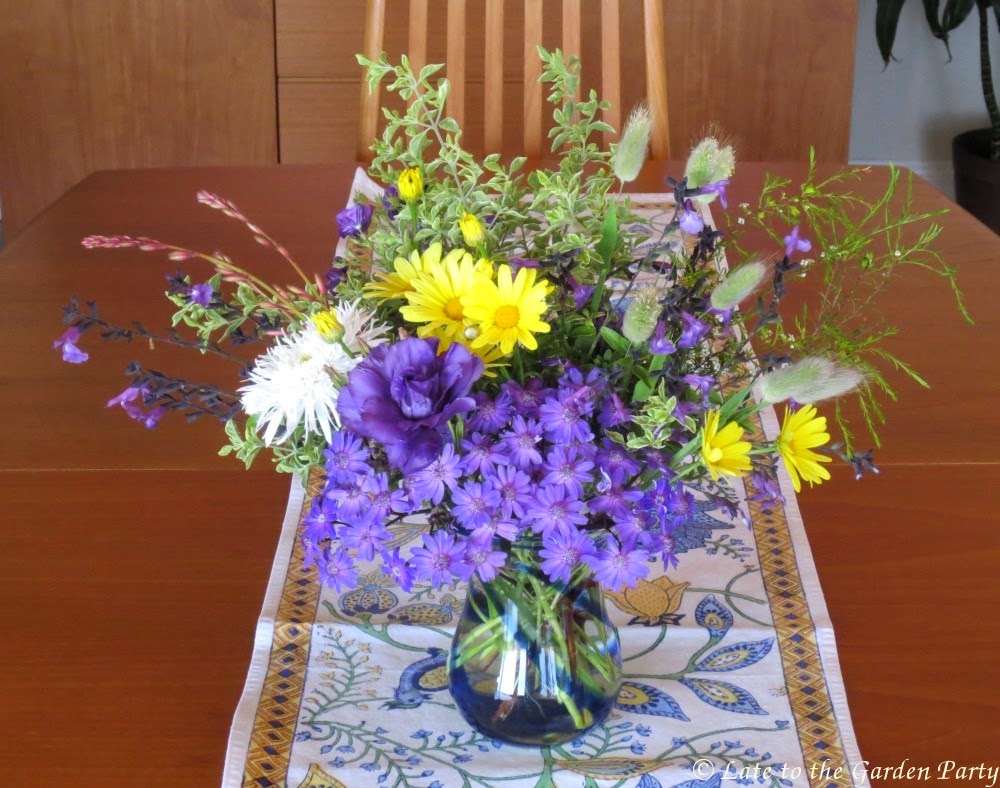 As I had some leftover stems, I tucked them into into a small vase to go in the guest bathroom.

Visit Cathy to see what she's cooked up this week and to find links to other gardeners' creations.