I was making breakfast and happened to glance out the window above the sink.  One of the backyard squirrels appeared to be making himself at home on the patio bench.  I couldn't figure out what he was up to as, at first, he appeared to be burrowing under one of the pillows there.  My initial guess was that he was checking out the pots of blueberries behind the bench to see if anything was ready to eat yet.  As I knew there wasn't anything but a few flowers on the blueberry bushes, I wasn't particularly concerned, but I grabbed my camera and began taking shots through the window.

He moved to the back of the bench, still looking relatively innocent. 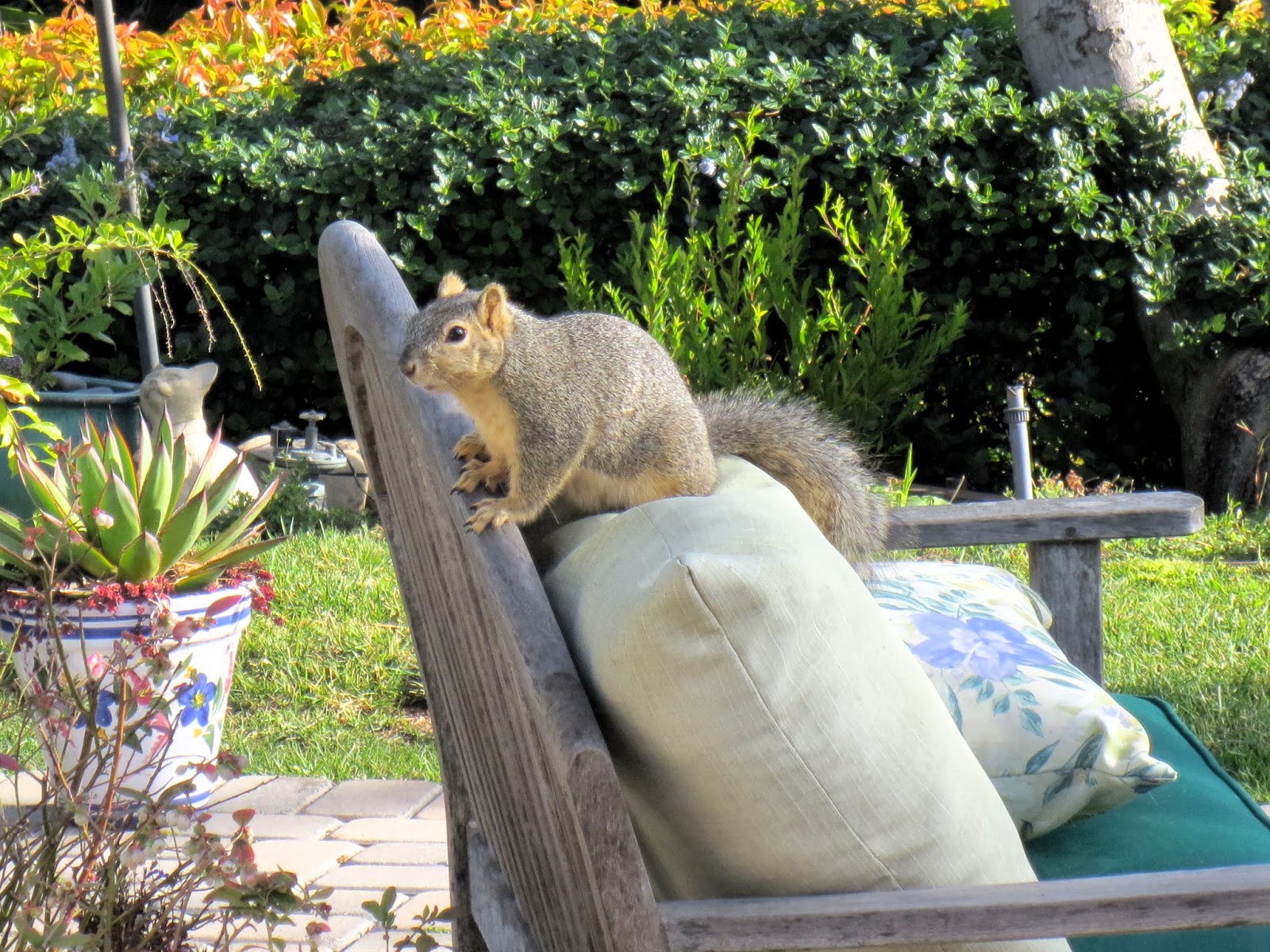 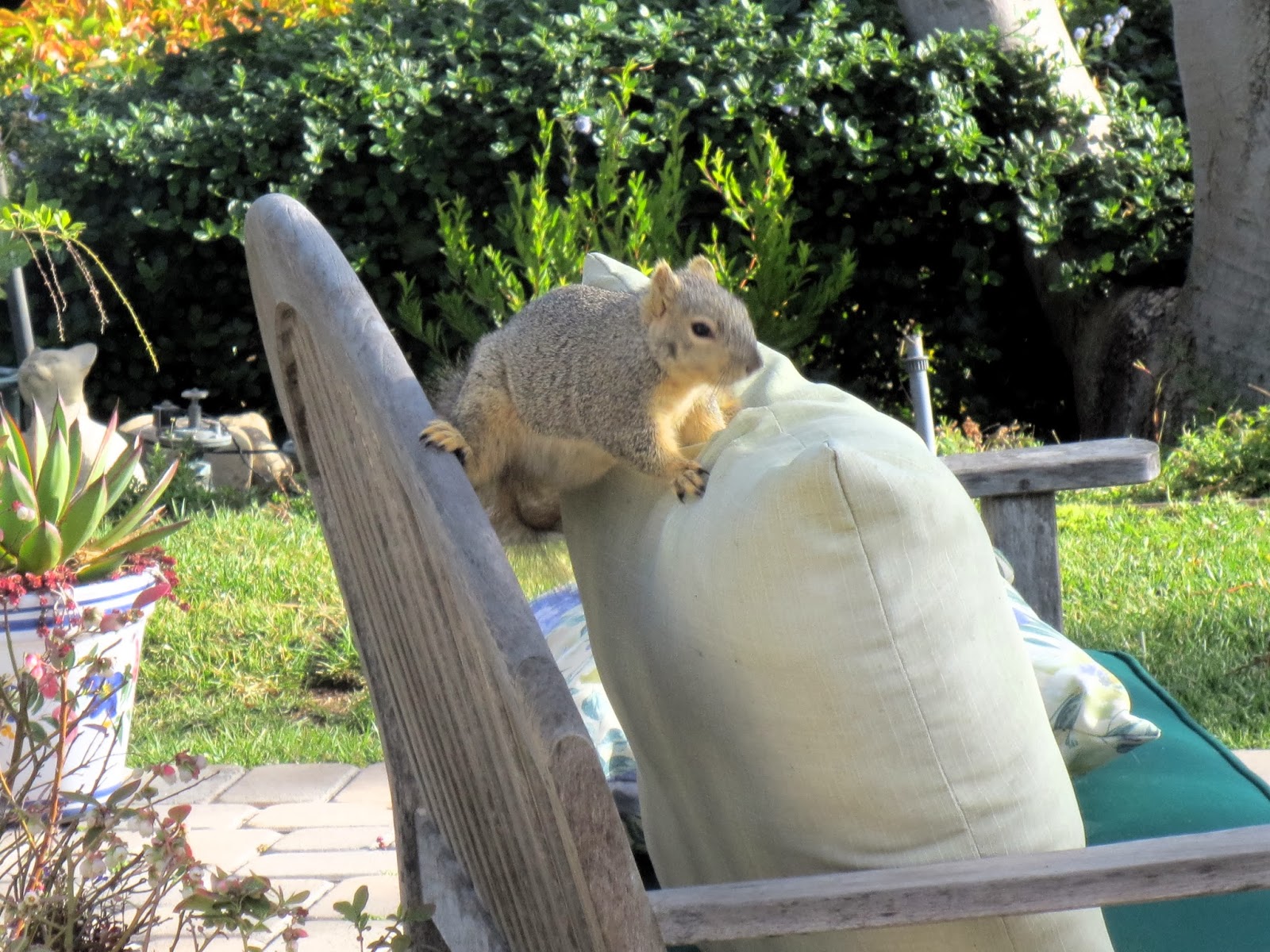 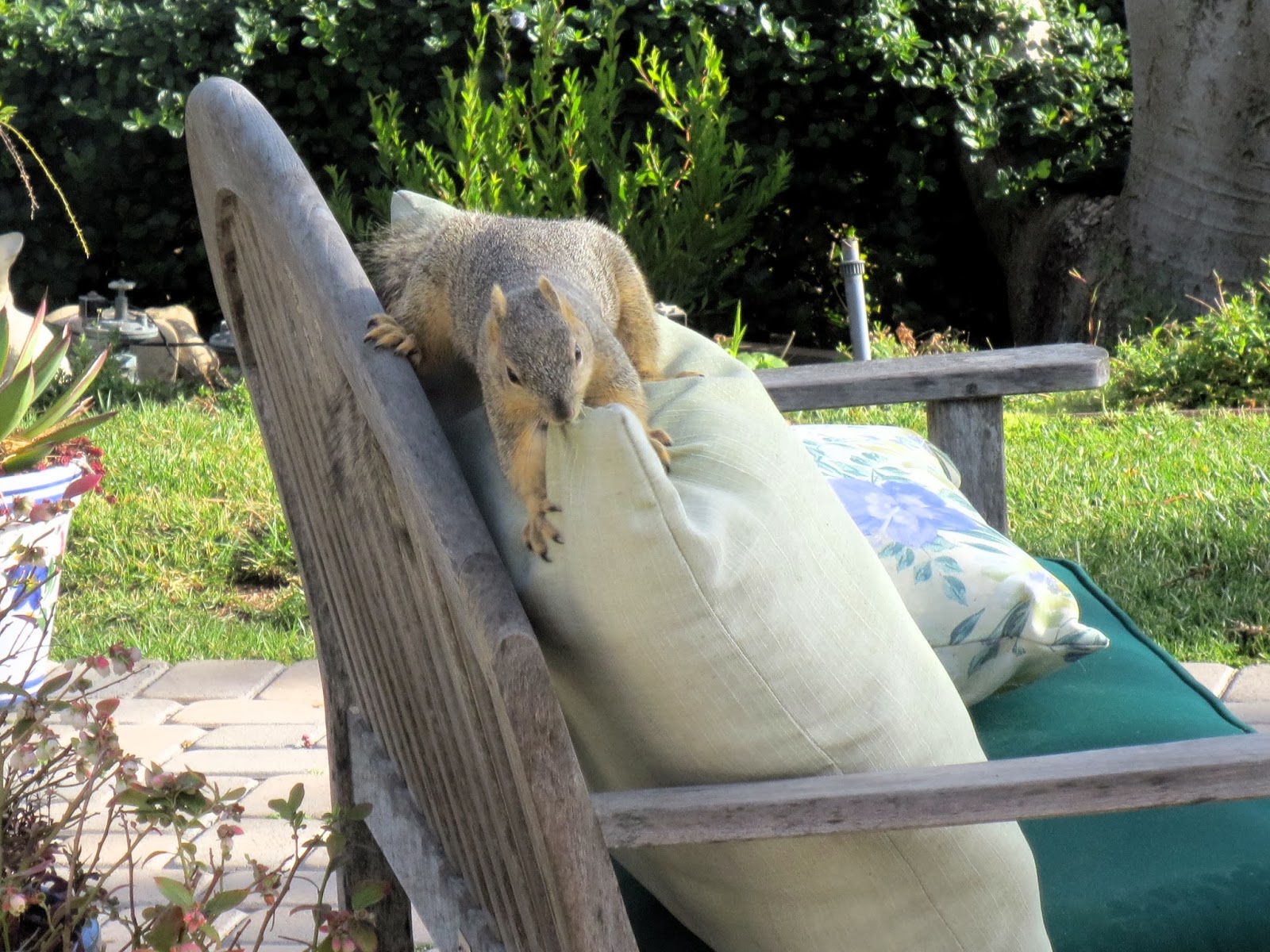 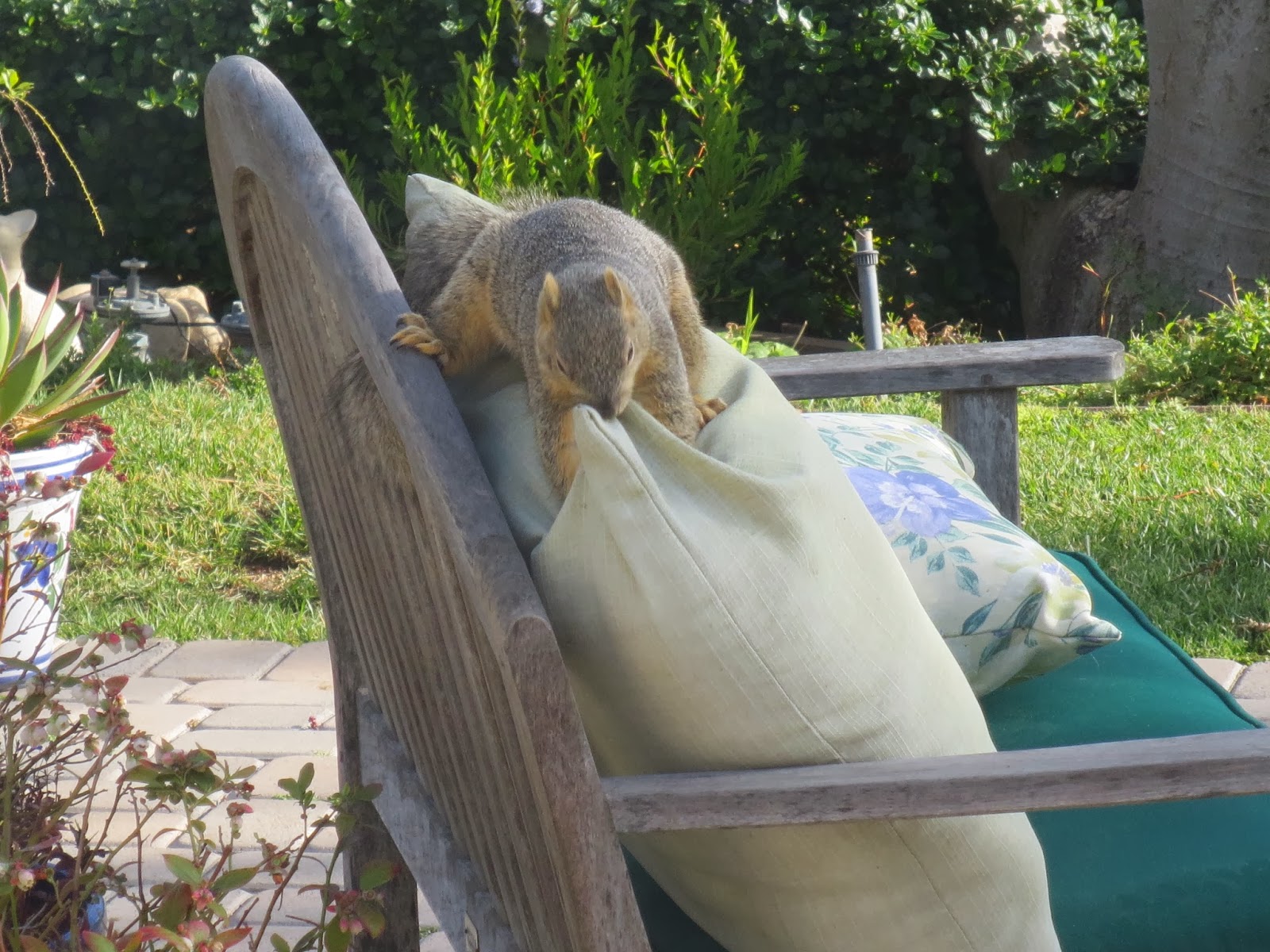 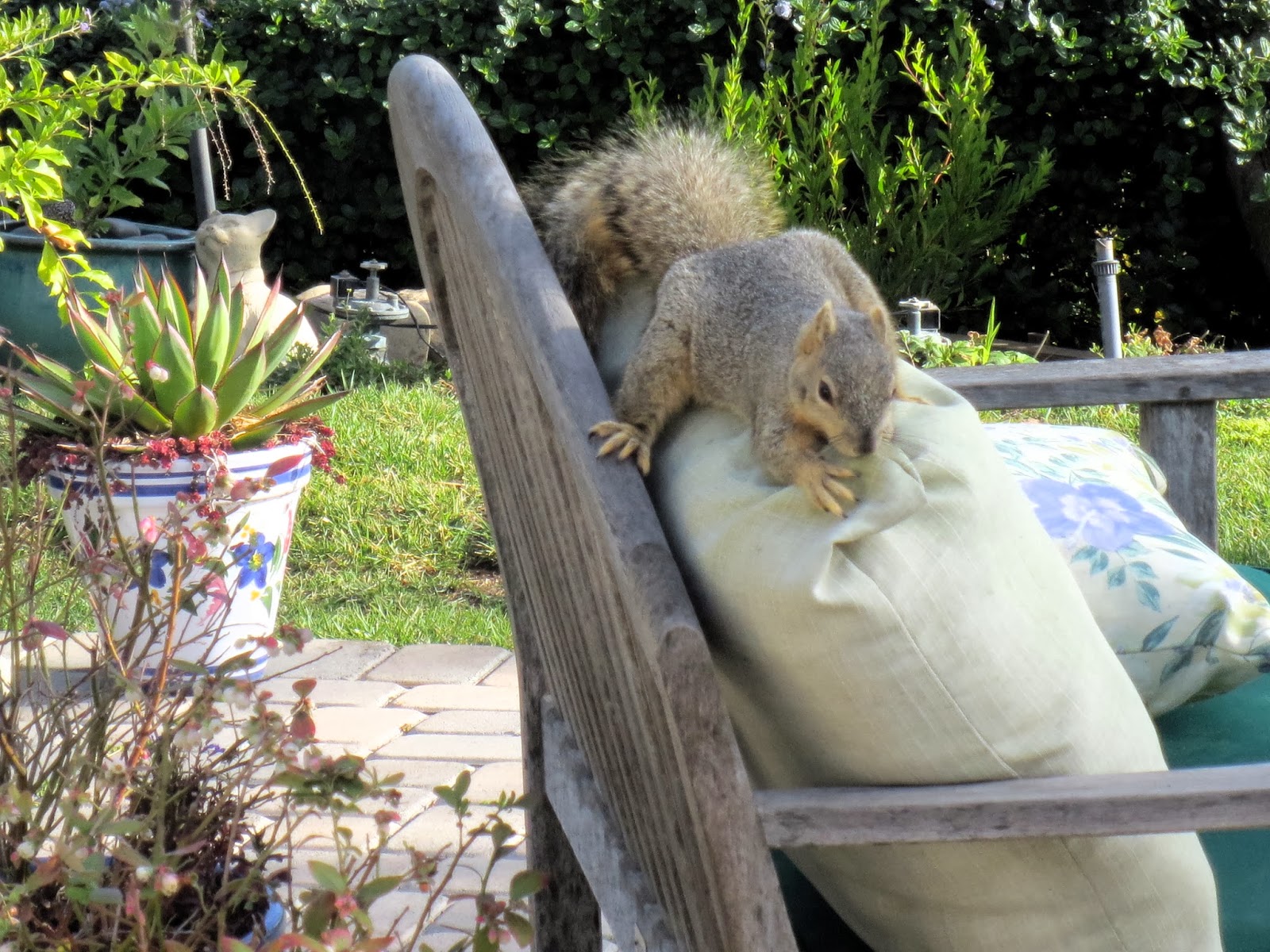 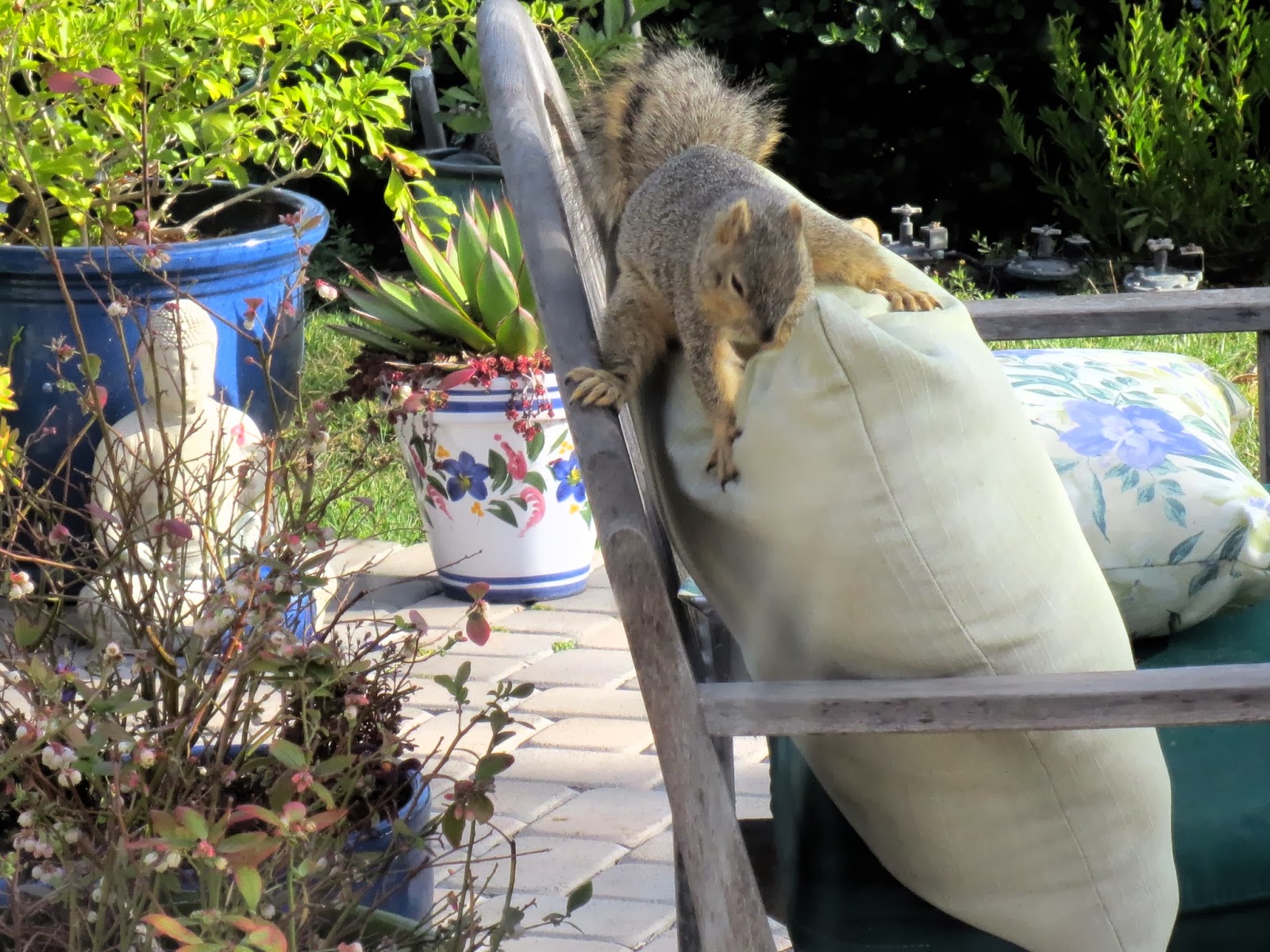 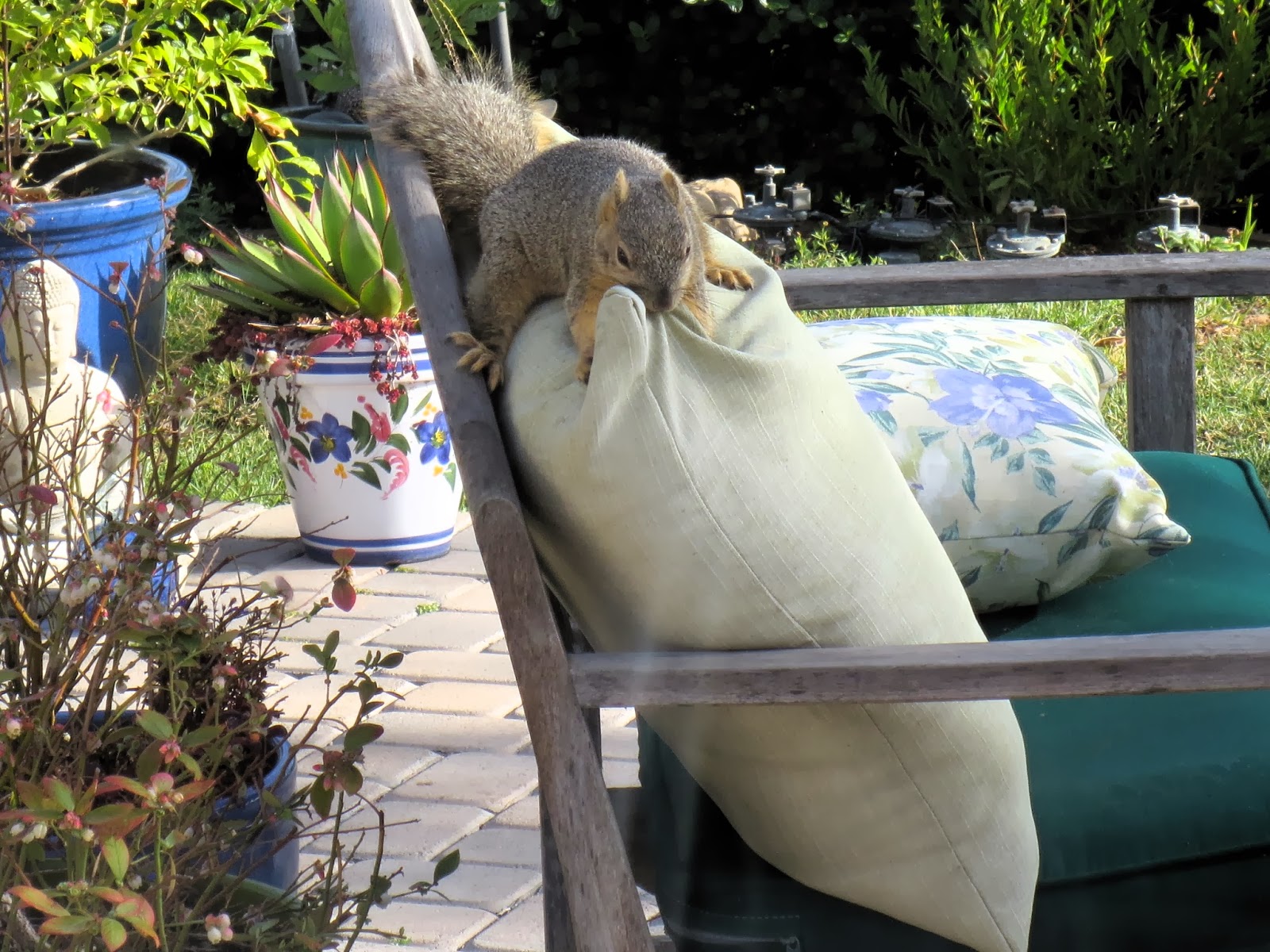 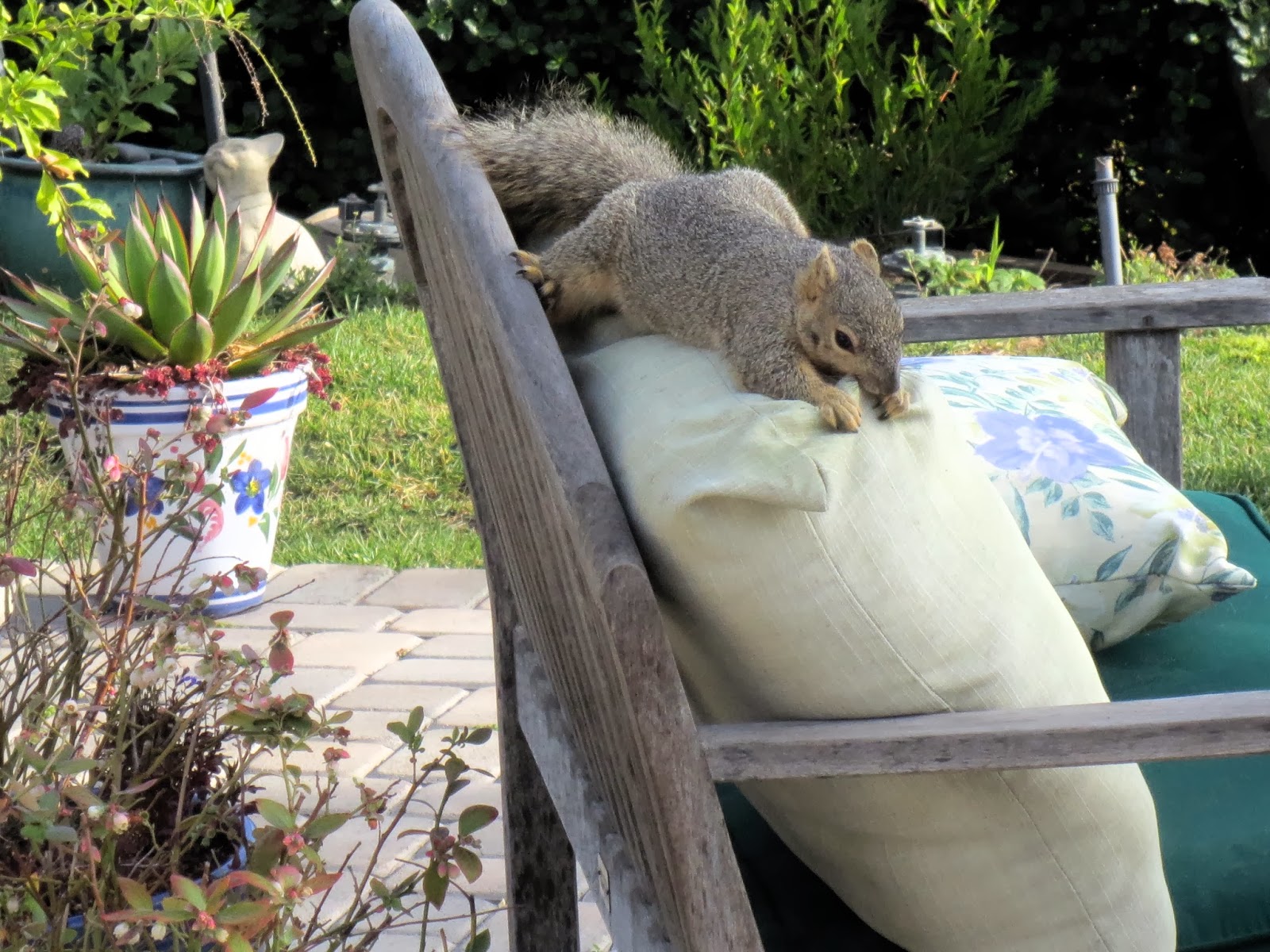 Maybe he had some mysterious beef with the pillow - or maybe he was looking for suitable nesting material for his den.  In any case, his behavior clearly indicated frustration with the fabric.  Advertised as weather resistant, apparently it's also squirrel resistant.  As soon as I touched the handle on the back door, he high-tailed it (literally).  Examination of the cushion showed that he did manage to leave a small hole in the cloth. 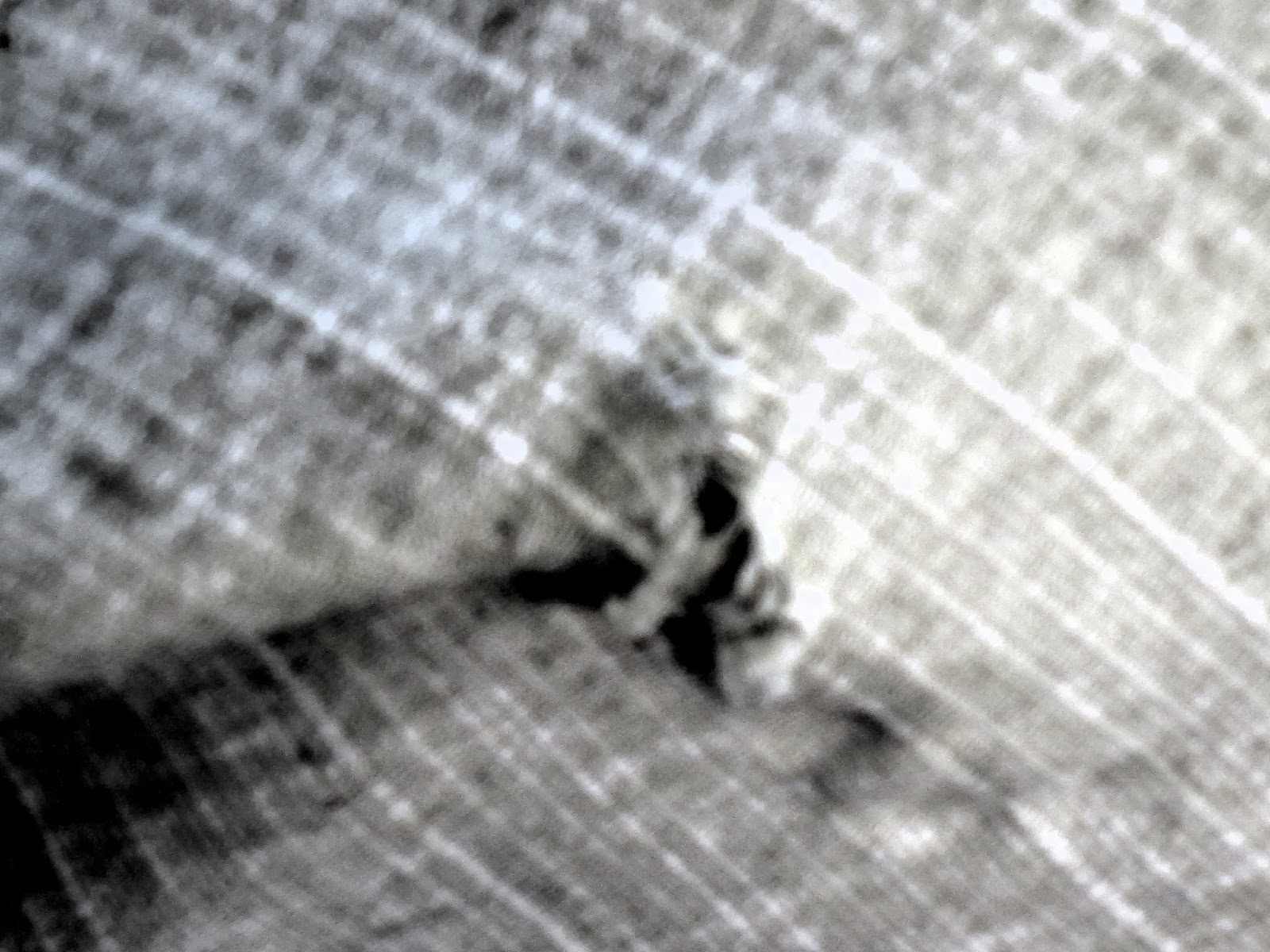 And to think I'd felt a little bad for not being more kind about my backyard neighbors in my recent post about National Squirrel Appreciation Day!  Maybe someone told him that and the pillow was retaliation...

At least Mother Nature finally cut us some slack - we got some rain last night.  It wasn't much but it was measurable.  The news media reported 0.14 inches (3.6 mm) of rain for Los Angeles.  My rain meter showed a little more.

The skies are mainly blue now but the air feels fresh and clean (and our air quality has been horrible for the last 2 months).  The clouds are moving out again but there's another 20% chance of rain toward the end of the week!  The rain hasn't made a dent in our drought conditions but it's a start. 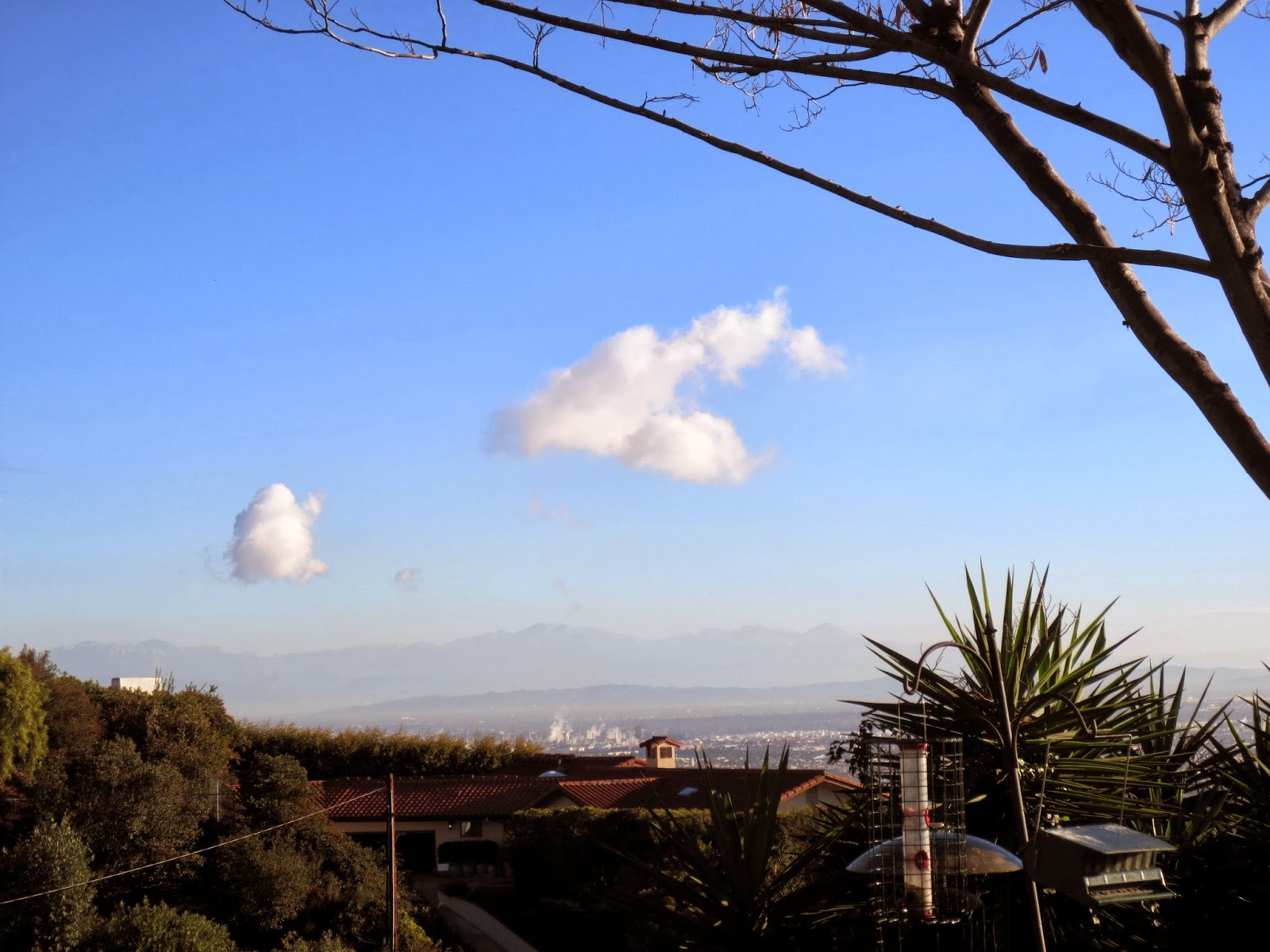