A stroll down memory lane

Yesterday I met a friend in Santa Monica for lunch in the vicinity of a neighborhood I lived in for eleven years as a renter.  My husband and I moved into a rent-controlled apartment there when he started graduate school and we remained there through my own graduate school period and beyond.  Although this area of Santa Monica was (and remains) densely inhabited, it was a very pleasant place to live and something I remember with great fondness.  I haven't been there in quite awhile so, before meeting my friend, I took some time walking around the old neighborhood, beginning with the site of our old apartment.

Sadly, I have no pictures of the place as it looked when we lived there.  It was built in the 1930s and, for an apartment, it had character - hard wood floors, a curved entrance into the dining area, built-in shelving, and an upstairs wood-lined room with windows on 3 sides.  It also had the tiniest bathroom you've ever seen and a cramped kitchen but, at the time, it was perfect for us.  One of 8 units in 2 buildings with a shared backyard, it was the closest experience I've had to communal living.  We'd regularly have impromptu meals with neighbors in the backyard or share a glass of wine sitting on the back stoop.  Our neighbors were family and I miss them.  I also miss the building, which was torn down to construct condos.  Although the footprint of the property is the same, it looks very different. 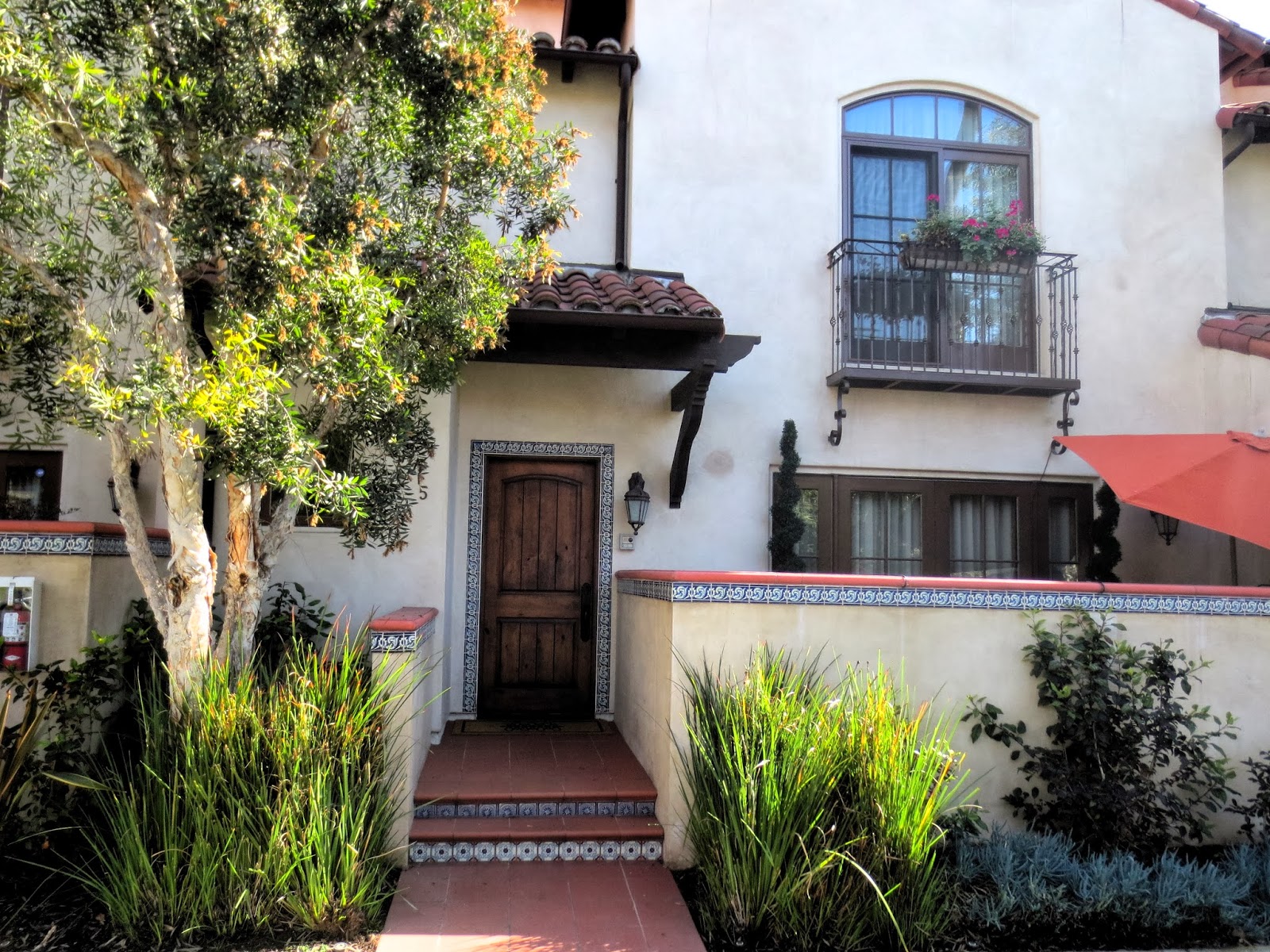 Before we bought a house in the South Bay, we looked at our options in Santa Monica but, even back in the early 1990s, condos - not to speak of single family homes - in Santa Monica cost a fortune.  The condos across the street from our old apartment, built before we moved out of the area, are still going for almost a million dollars even though the units themselves are small and there are no yards whatsoever.


There's very little space to garden anywhere in the area.  The owner of our apartment building allowed me to garden in a small space in front, a border maybe 8 feet long and 3 feet wide, and a similarly sized patch in the back.  Half the residents piddled about with other small garden patches and pots.  We shopped at a neighborhood nursery a few blocks away.  It was a sad day for all of us when the nursery was sold for development of more stores along trendy Montana Avenue.

Walking in the area was always very pleasant.

One of the nice things about the neighborhood was that there were restaurants and services (dry cleaner, laundromat, shoe repair, market and even a small movie theater) just one block north.  Many stores came and went but there were always nice places to shop for gifts - I did half my Christmas shopping there at one time.  During the holiday season, all the stores would stay open late one evening in early December and the street would take on a festive air with bands playing and treats available wherever you went.  This block, Montana Avenue, became very trendy over time and many of the charming old stores disappeared, presumably as rents escalated. 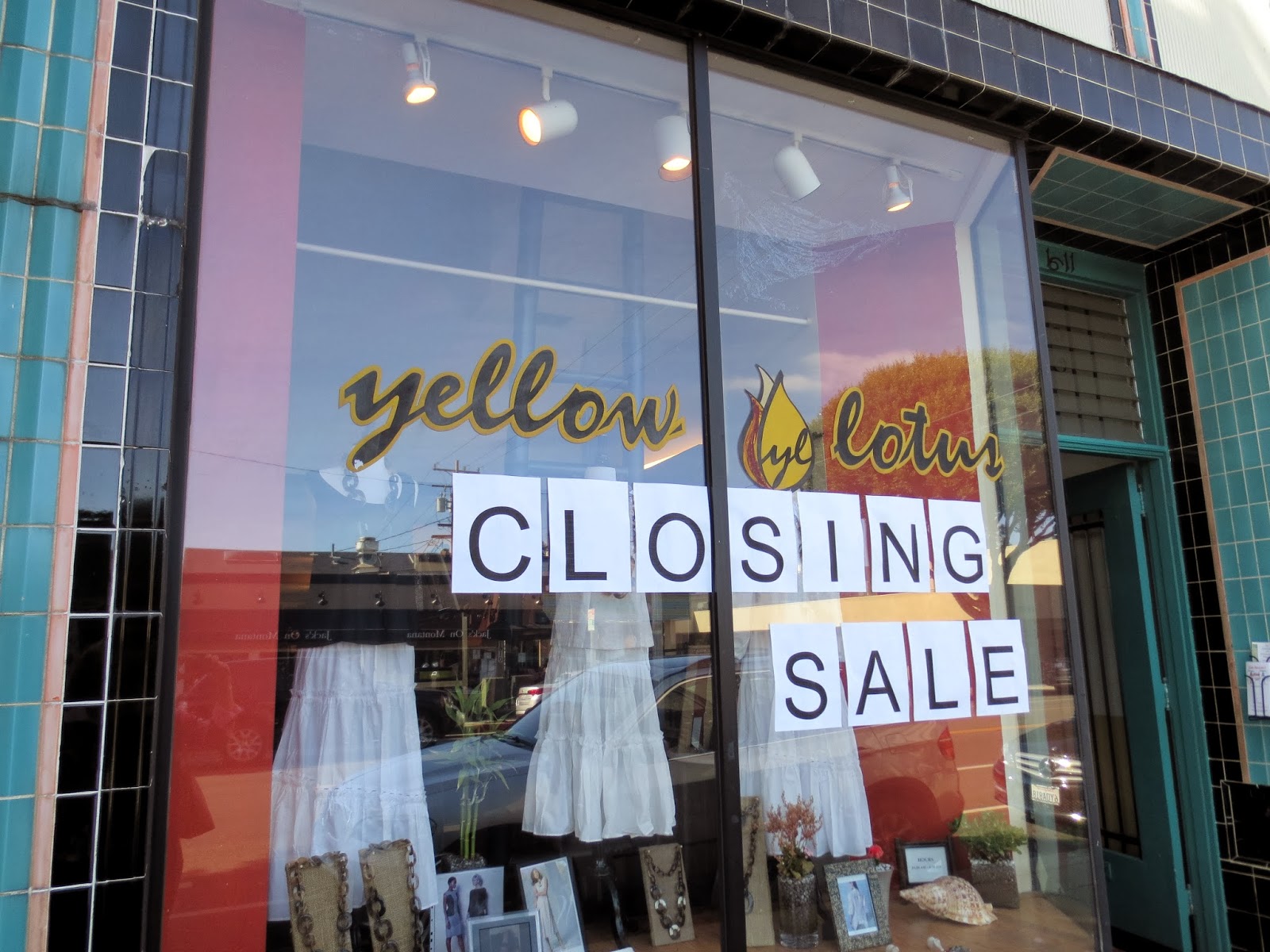 What struck me yesterday was the number of chain outlets that have replaced independent stores.  To name just a few, Whole Foods now occupies the space that formerly belonged to Fireside Market; Peet's Coffee occupies what was Twigs, a great source for unique gifts; and William Sonoma took over a home goods store.

I used to walk north of Montana Avenue in the early morning before school with one of my neighbors, a close friend I lost to cancer years ago.  The homes in this area, between Montana Ave and San Vicente Boulevard, were all unique and many had beautiful front yards.  The "mansionizing" of these properties had begun even then and has continued to the present day but they're still far from the cookie-cutter homes that populate many nearby areas. 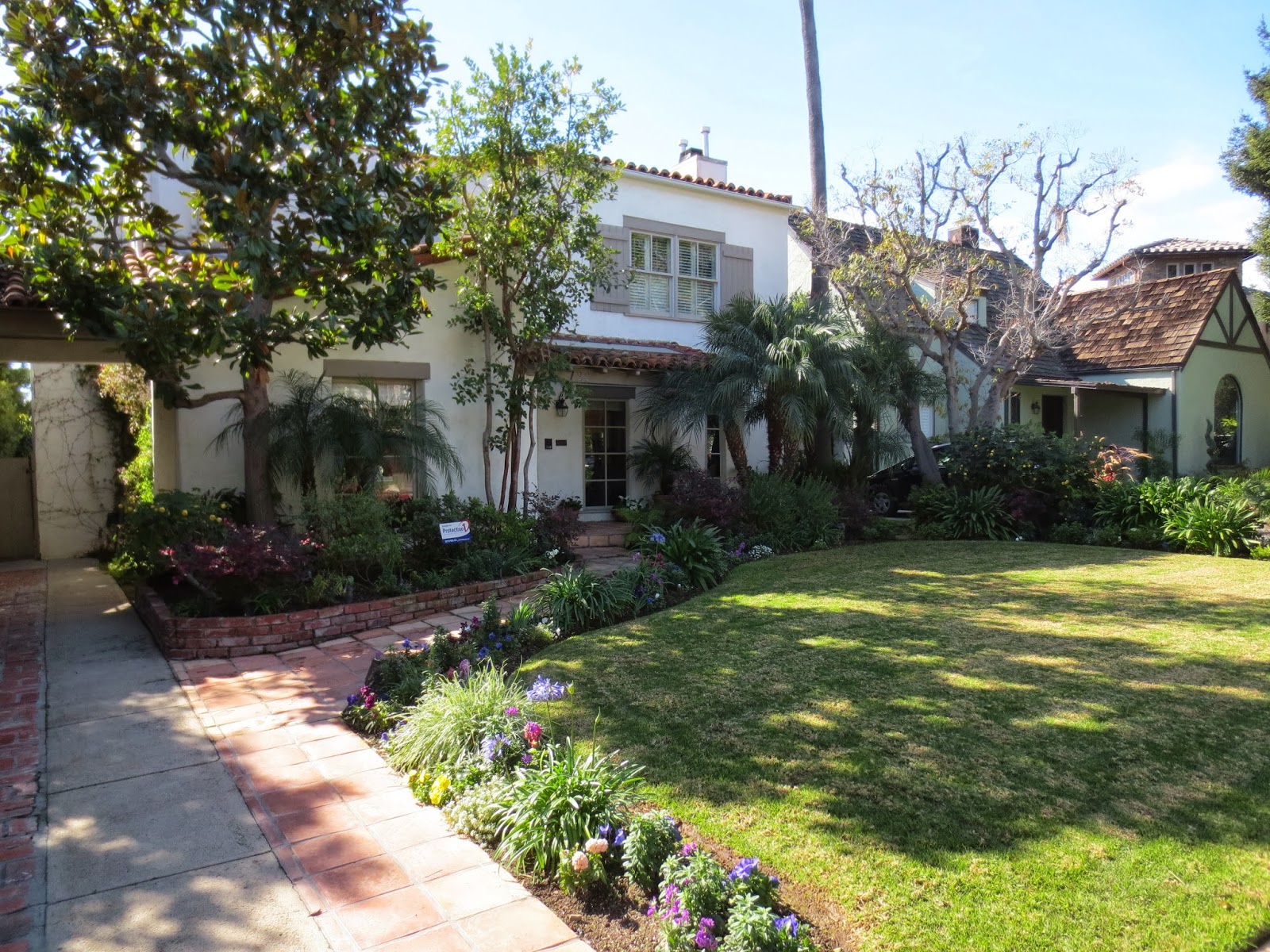 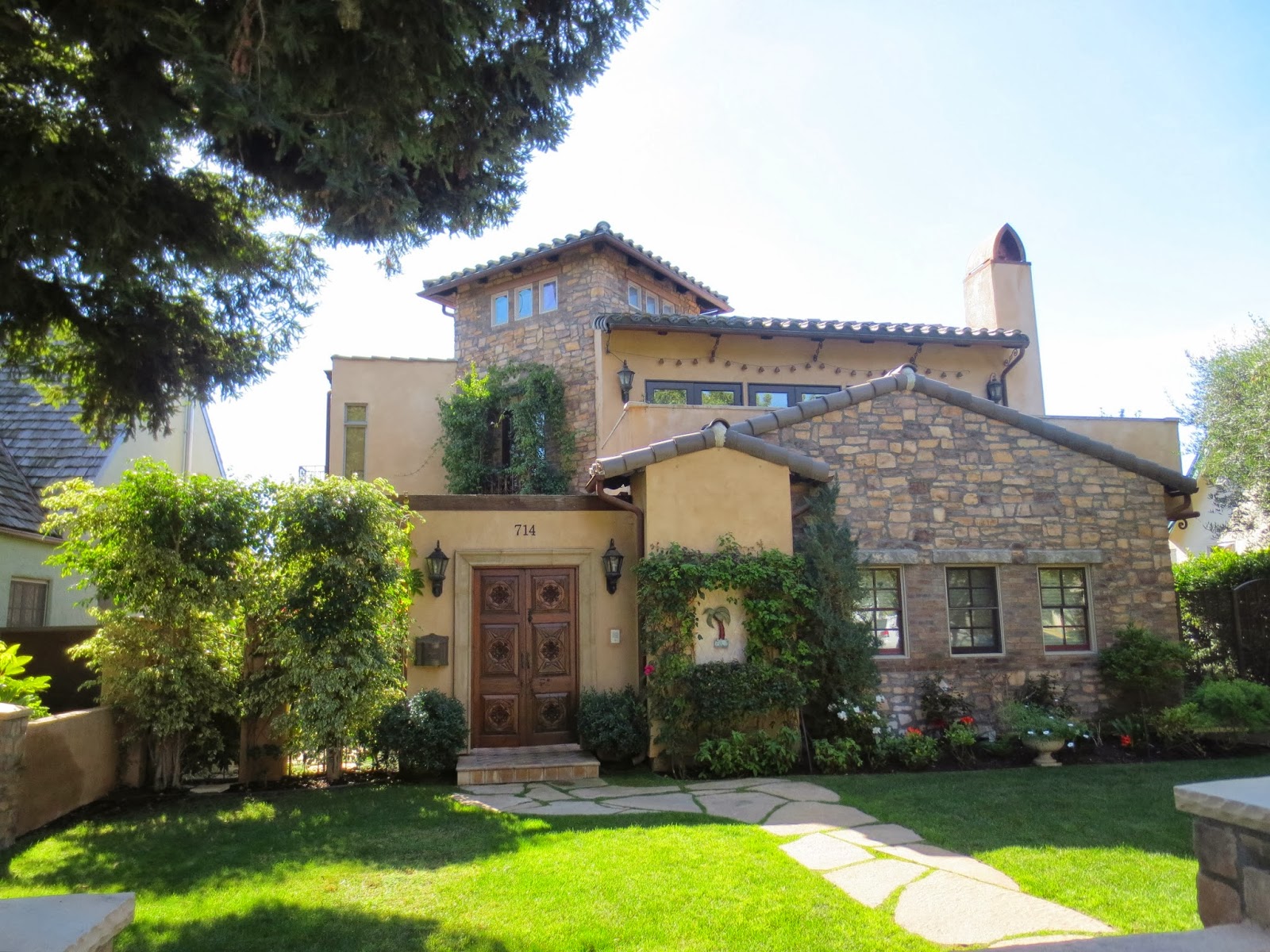 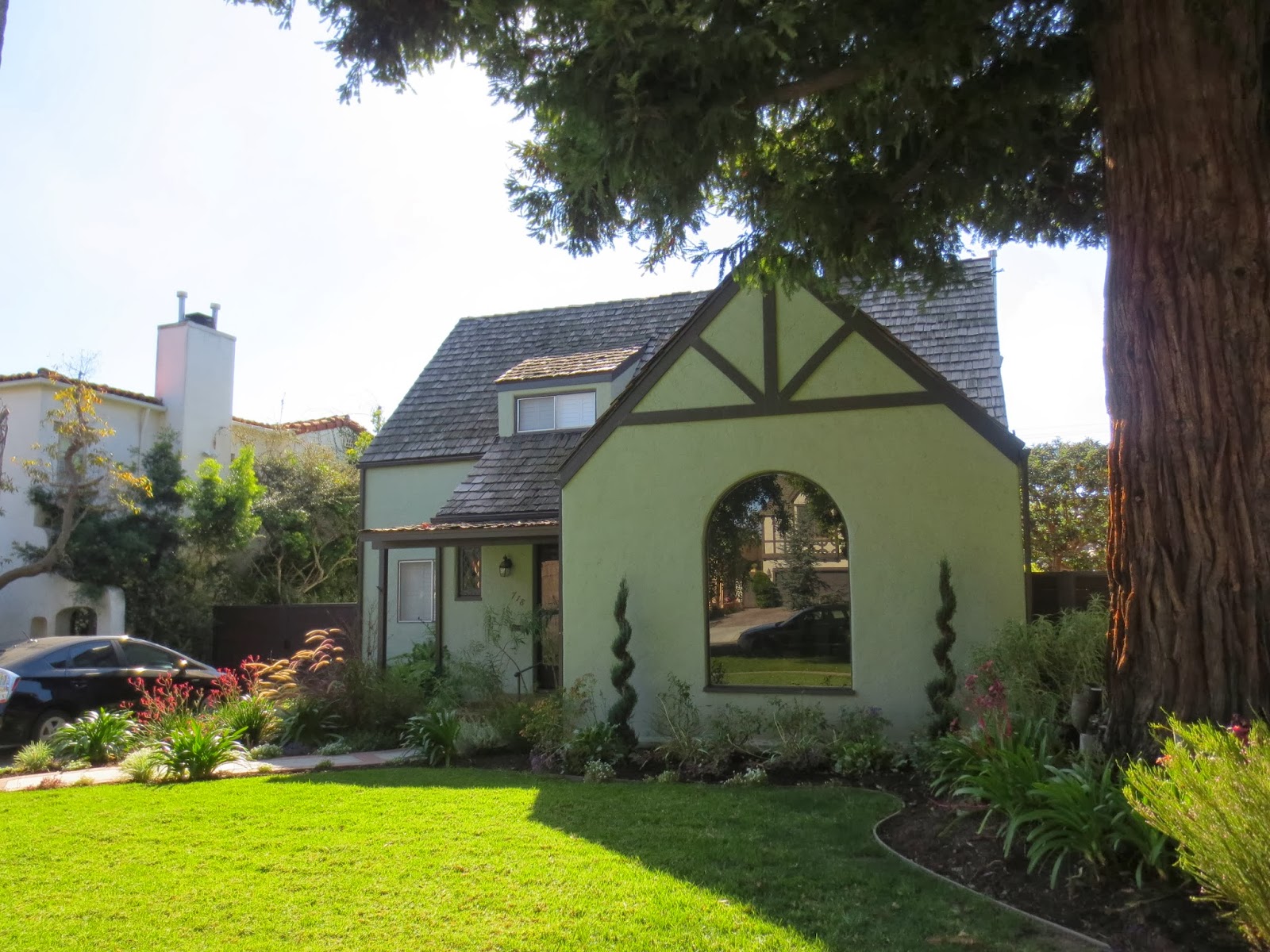 Dog-walkers are a common sight in the area.  However, in the evenings and early mornings, one has to be careful of coyotes.  One morning, when I was out walking without my friend, I came across 3 of them.  The woman in high heels I saw running in the opposite direction with her dog should have been my first clue but my first thought was "wow, 3 look-alike dogs out without leashes."  When I realized they were coyotes and that they were headed straight for me, I turned the next corner and walked - quickly - in a different direction.  Coyotes won't usually bother people but pets are fair game in their books.  My cat was always locked up tight in the evening.


Time was short.  I turned back to Montana Avenue to meet my friend.


After lunch, on my way back to my parked car, hoping that I'd avoided a parking ticket for exceeding the 2-hour limit on street parking, I passed a few other nice homes and townhouses. 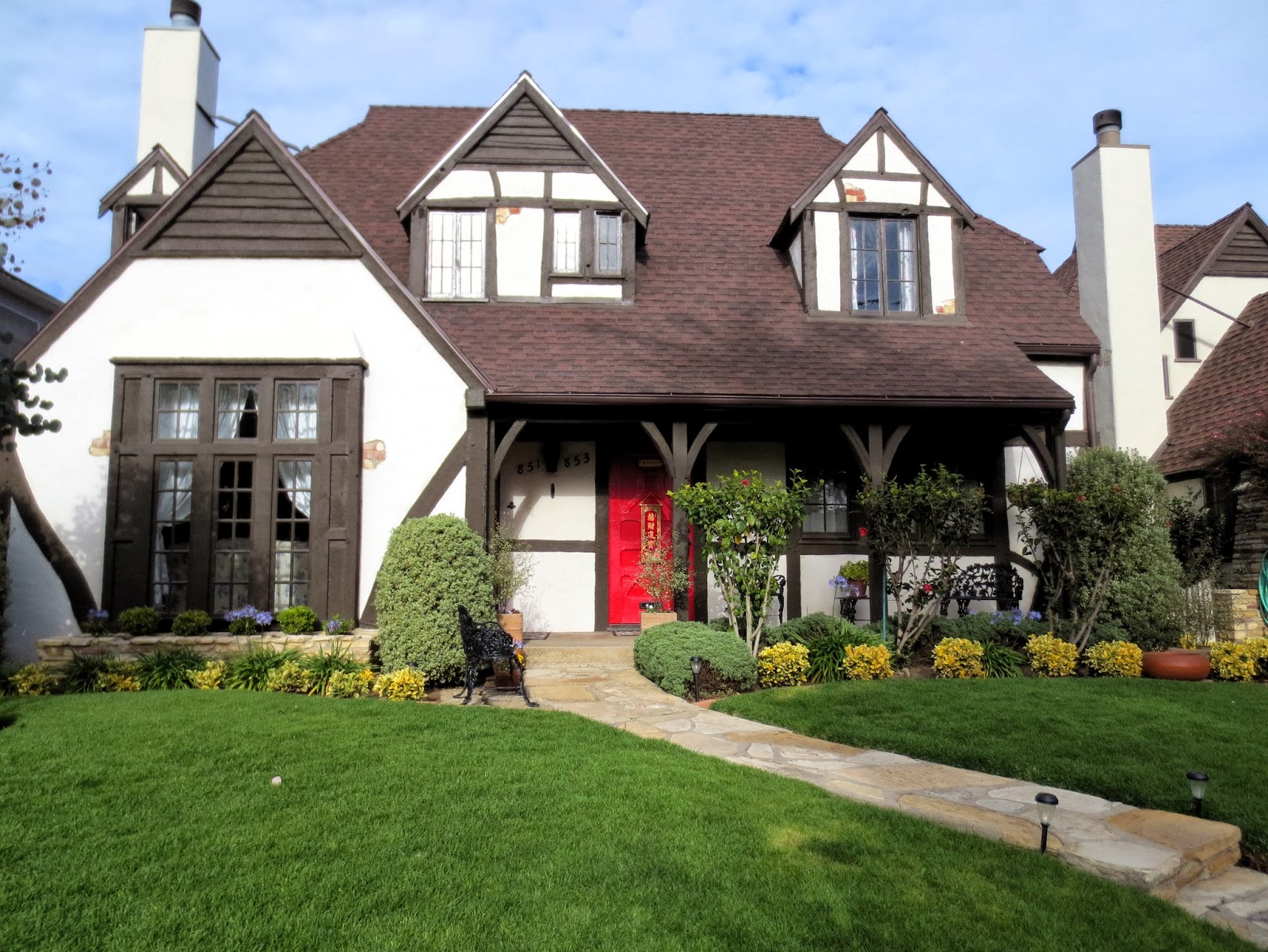 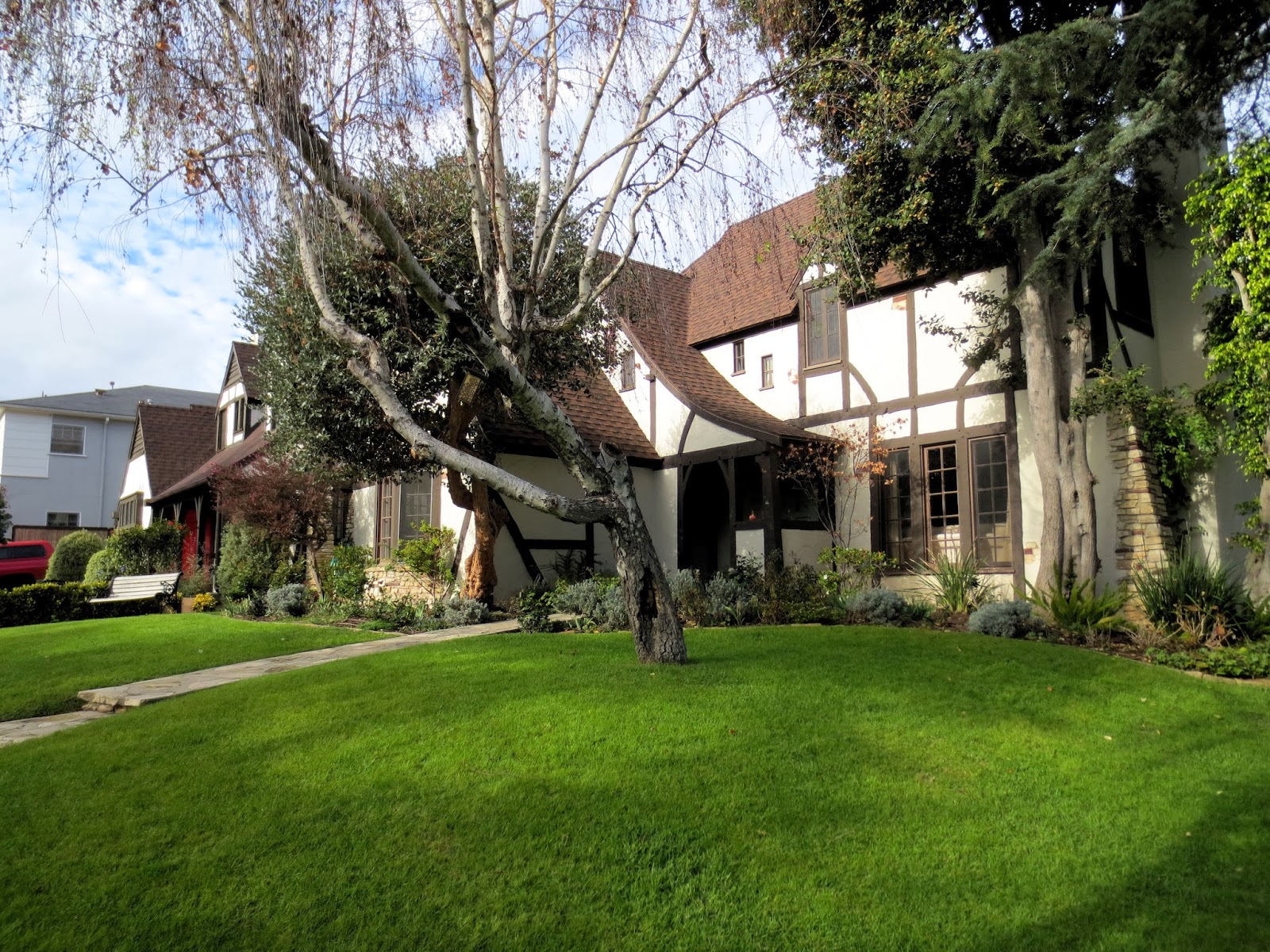 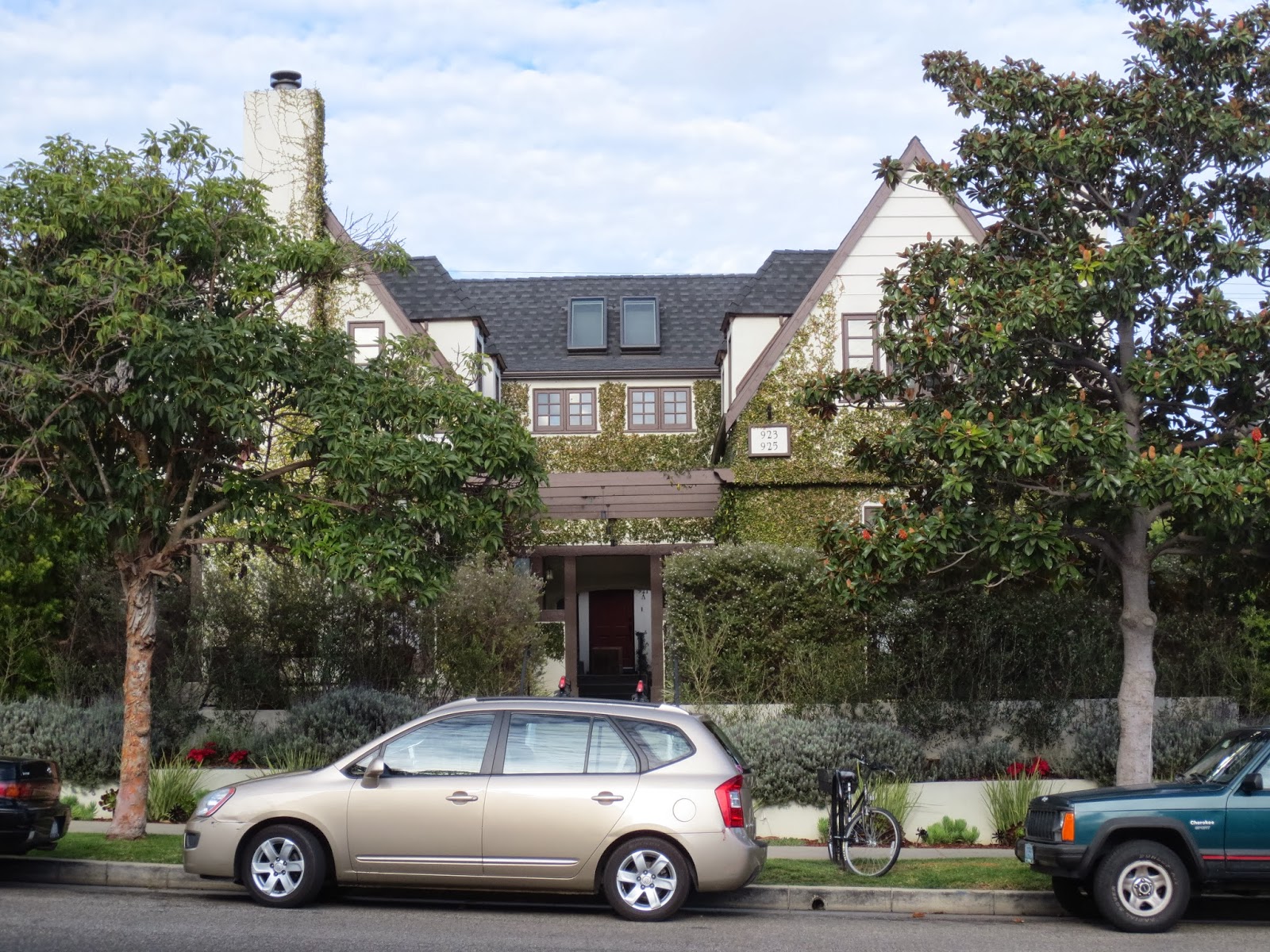 I managed to avoid a ticket.  While I miss the old neighborhood for many reasons, I don't miss the parking hell of Santa Monica, the horrible traffic of the west side of Los Angeles, or the miniscule yard space.

Have you tried going home again?  Was it a pleasant experience?