Last week, when it came time to select my favorite plant of the week, I said I was torn between a plant with flowers the color of blue sky and a plant with flowers the color of the pink sunrise.  The latter plant, a Camellia hybrid, won out in the selection process.  This week I'm featuring the plant with the beautiful blue flowers, Echium handiense 'Pride of Fuerteventura,' even though those flowers have begun to fade.  However, it should be noted that the flower buds began opening before New Year's Day.  In another week or so, I'll cut the flowering stems back, which should produce another flush of bloom within a couple of months.


I have 2 Echium handiense, both purchased at the South Coast Botanic Garden's fall plant sales, one in 2011 and the other in 2012.  It's a dwarf variety, native to the island of Fuerteventura in the Canary Islands.  I discovered that it's on the International Union for Conservation of Nature and Natural Resources (IUCN) Red List of Threatened Species.  In its native habitat it grows on the summit of a mountain range influenced by trade wind fog, where its principal threats are grazing goats, sheep and rabbits.  Fortunately, I'm not troubled by any of those critters here and, thus far at least, the destructive raccoons have ignored it.

It's said to grow up to 4 feet (1.2m) tall and 6 feet (1.8m) wide, although my 2 are still about half that size.  It's evergreen, drought-tolerant and enjoys full sun.  I was unable to find any specific references to its cold hardiness but, as one site likened its cultural requirements to those of Echium candicans, we may be able to assume that it's suited to USDA zones 9a-10b (Sunset zones 14-24), with a cold tolerance in the range of 25 to 30 degrees Fahrenheit (-3.9 to -1.1C).

In my garden it blooms in late winter into spring.  The flowers are a wonderful medium blue color with pinkish purple centers. 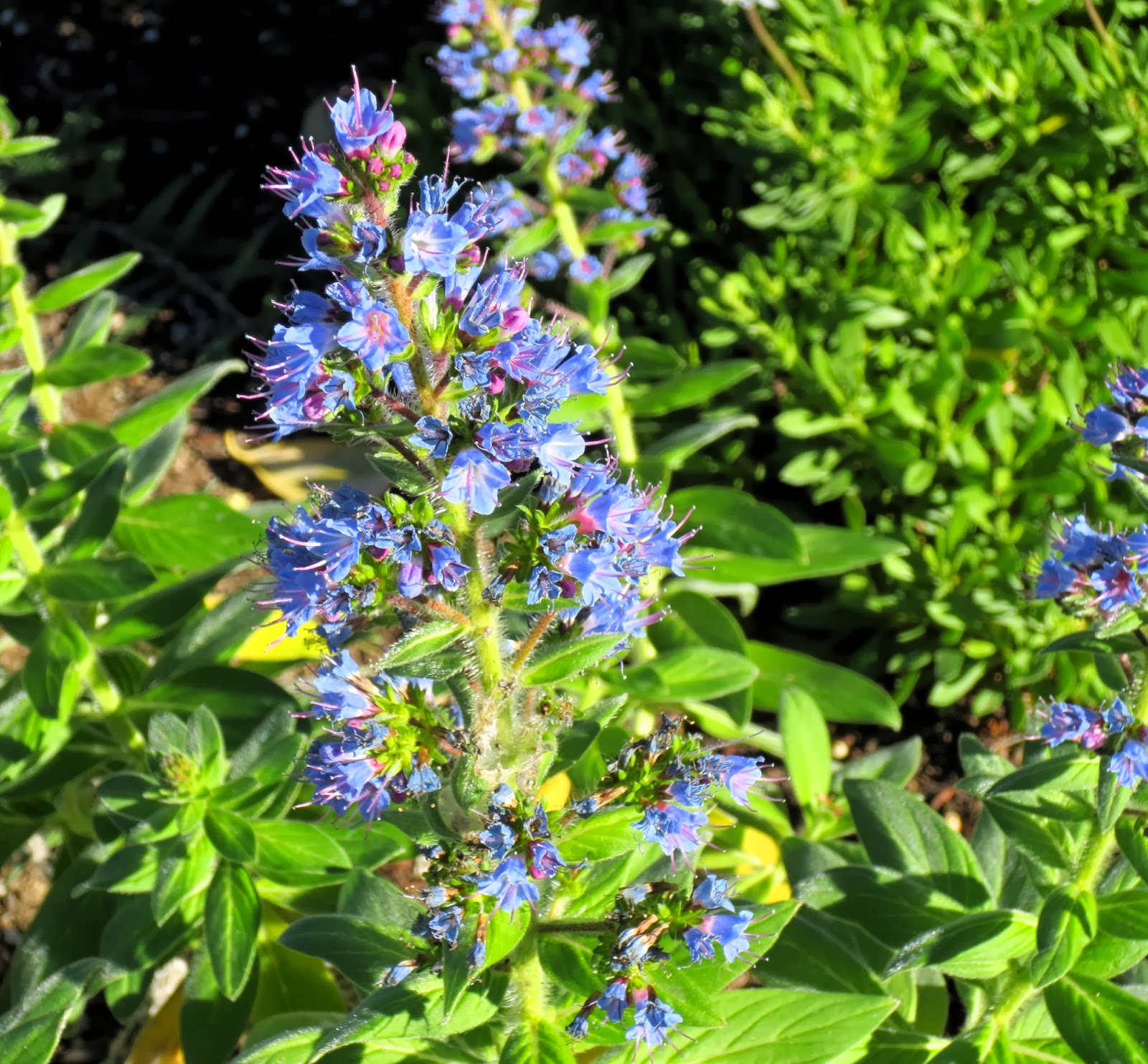 The stems are relatively brittle, as my friend found out when she bought one at the last Botanic Garden plant sale, but they seem to recover easily from breakage.  This is fortunate as the one in the second picture at the top of the post took a beating during tree trimming last month.

Echium handiense 'Pride of Fuerteventura' is my contribution to the favorite plants meme hosted by Loree at danger garden.  Please visit her site here for her favorite selection of the week and links to other gardeners' selections.