Ming is the older of my 2 cats and, for some time now, he's been in ill health.  He's got a host of long-term medical issues but, within the last few months, I've had to confront the possibility that, even though he's just 12 years old, I'm likely to lose him sooner rather than later.  I'll spare you the details of his medical problems.  Suffice it to say, my current focus is on doing what I can to give him as much quality time as possible and providing him enjoyment for whatever time he has left.

He's been an indoor cat all his life but, every once in awhile, he manages to escape through a door that isn't closed quite tightly enough.  Those brief adventures are clearly something he revels.  However, letting him roam about on his own would be risky - he has absolutely no street smarts and drivers in our neighborhood aren't particularly careful.  We also have a serious coyote problem and their hunting activity is no longer only a nocturnal pursuit.   I've tried putting him on a leash/harness but this causes him to panic.  So I recently began taking him for supervised walks around our property without a leash.  Perhaps because he's now so frail, he's less inclined to run off on his own so this is working fairly well.

Our daily walks also give me a cat's eye view of my garden, allowing me to catch details I might otherwise miss.  I thought I'd share one of our recent walks with you in pictures. 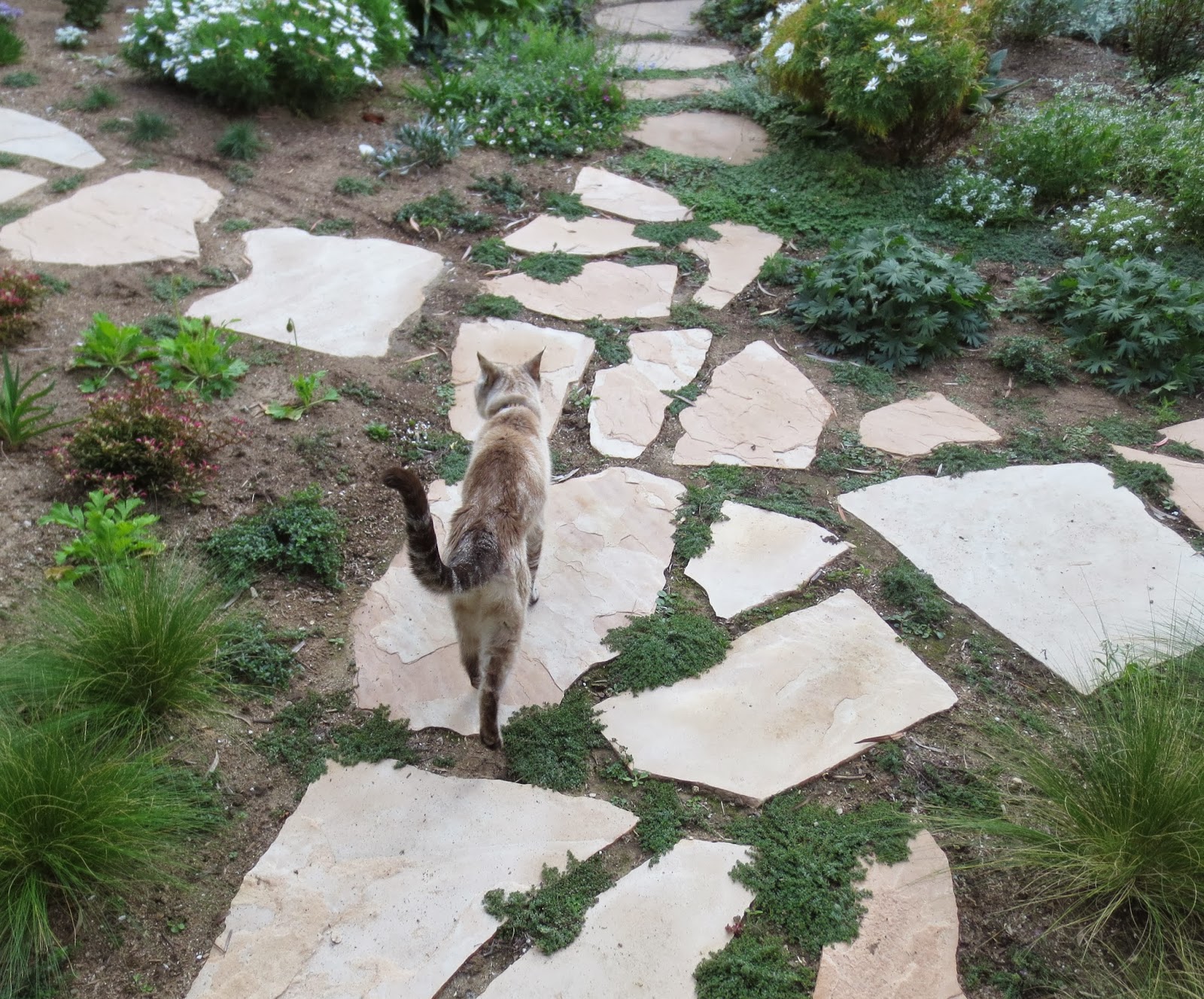 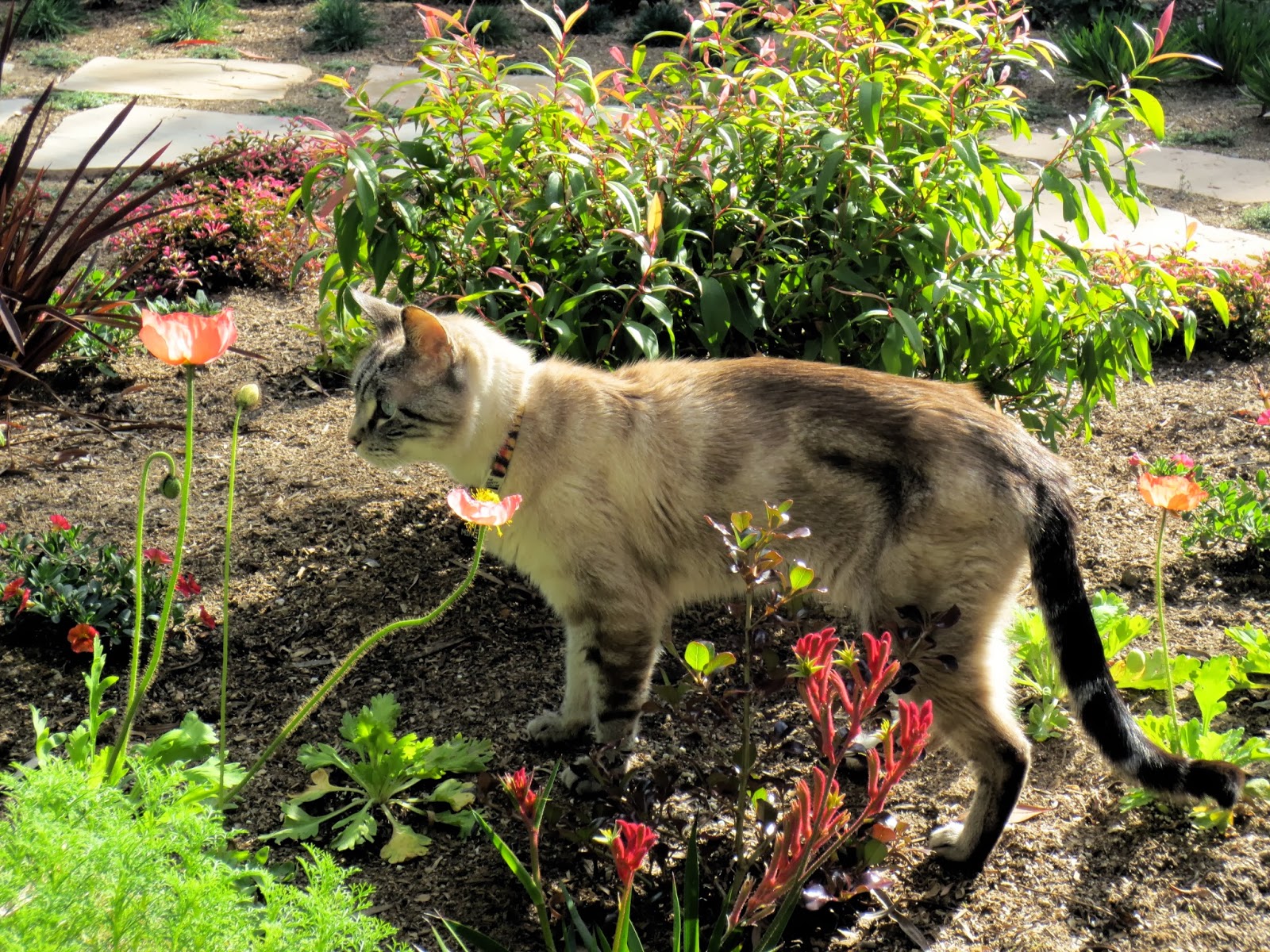 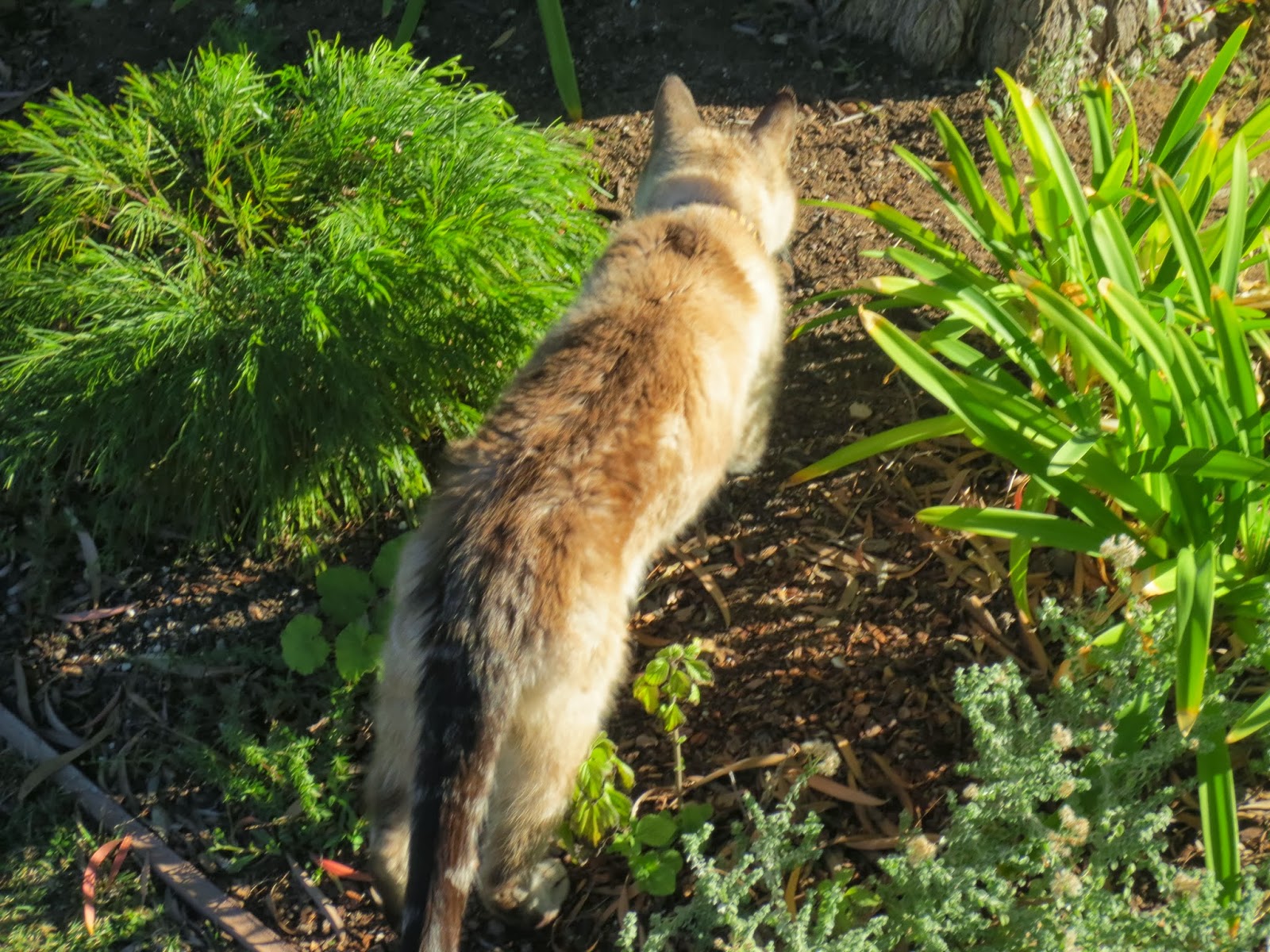 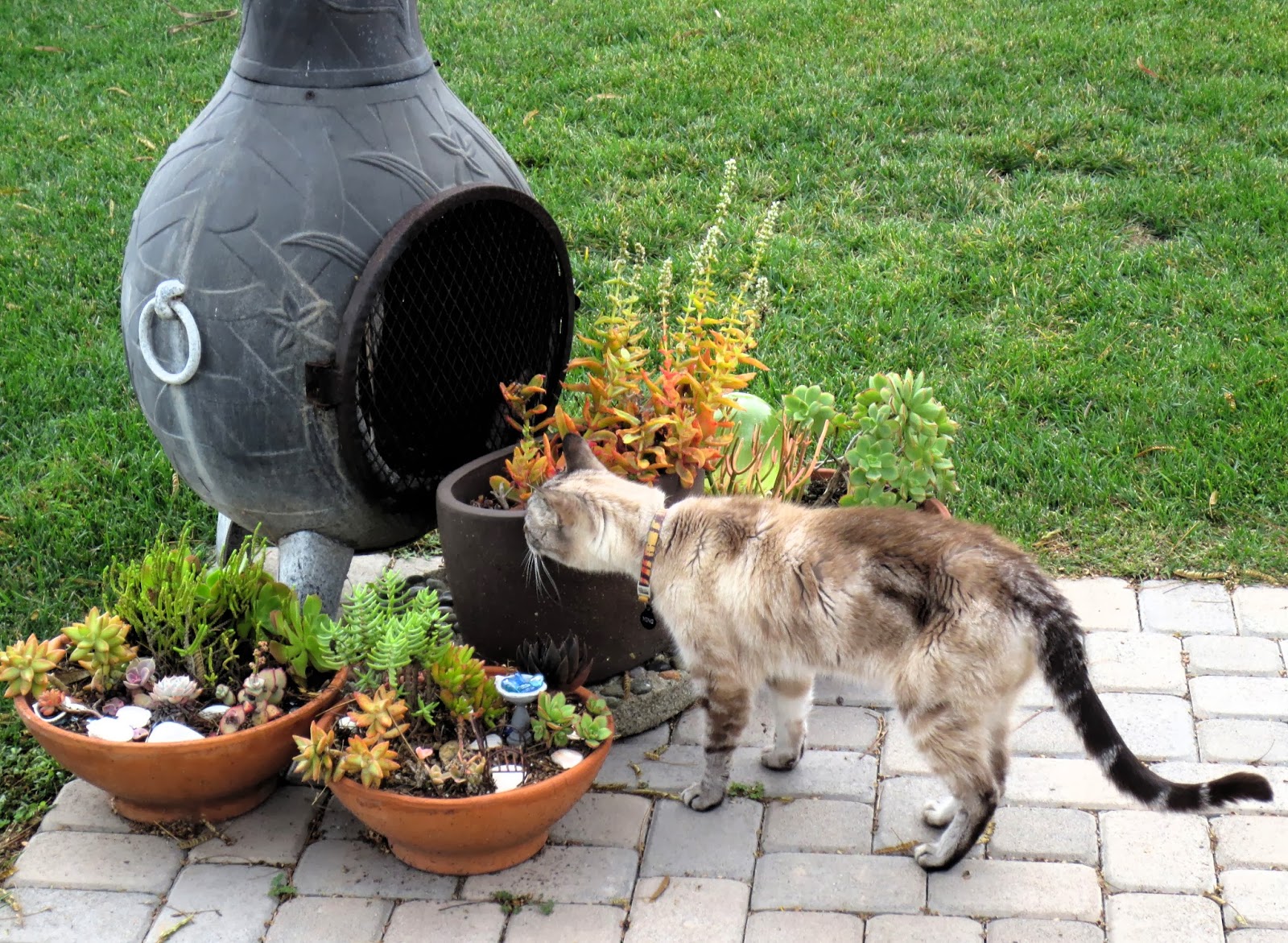 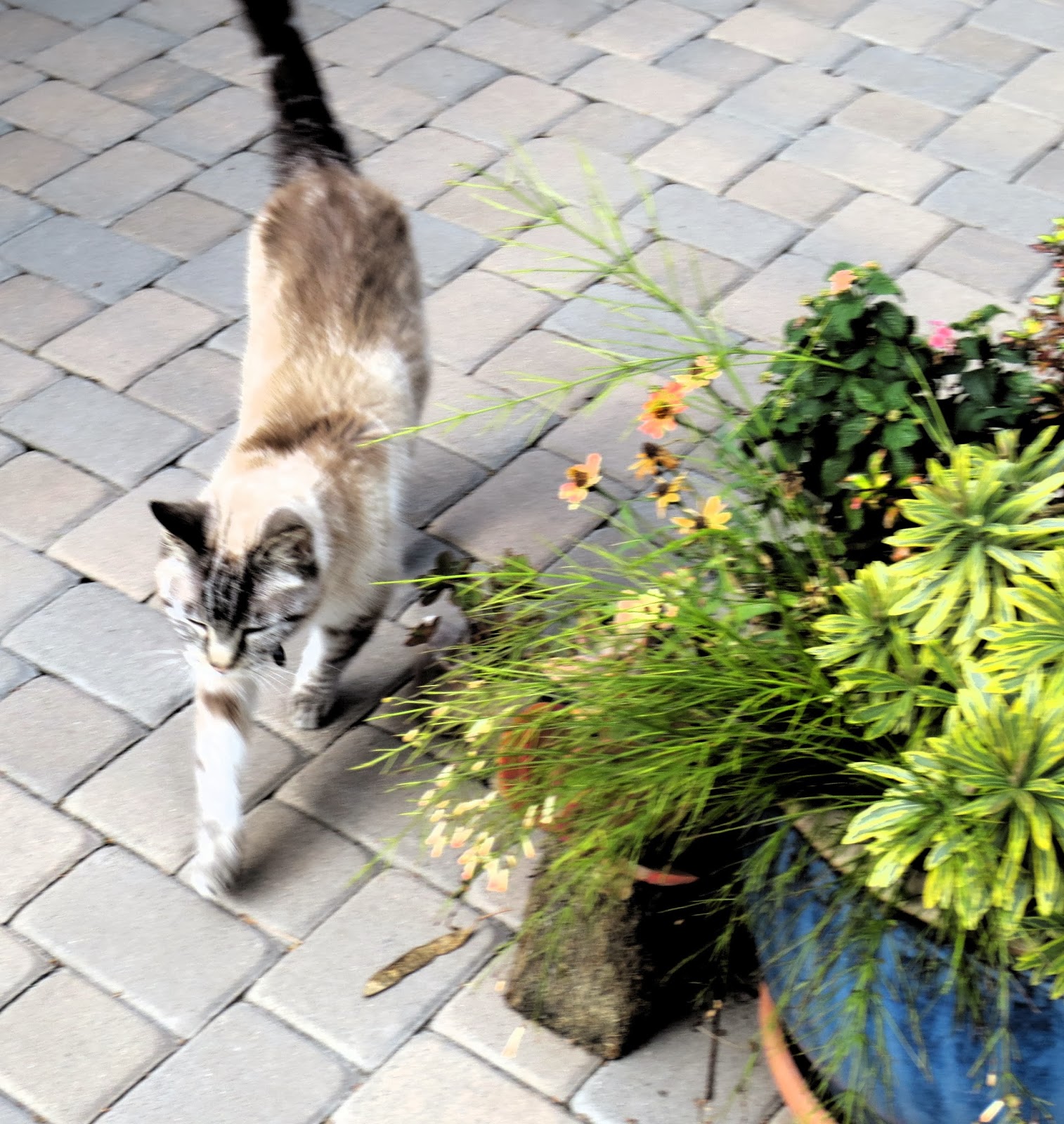 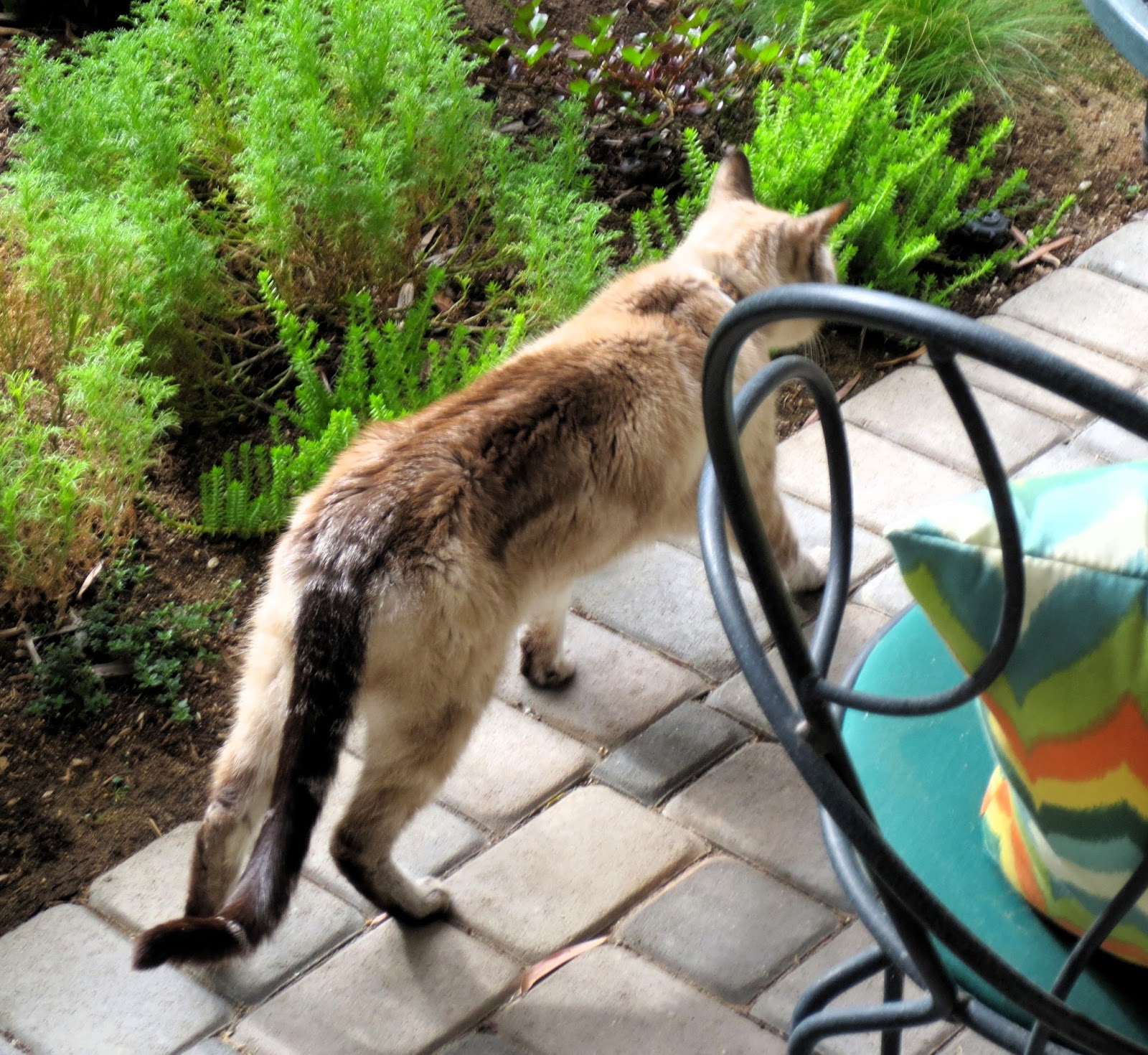 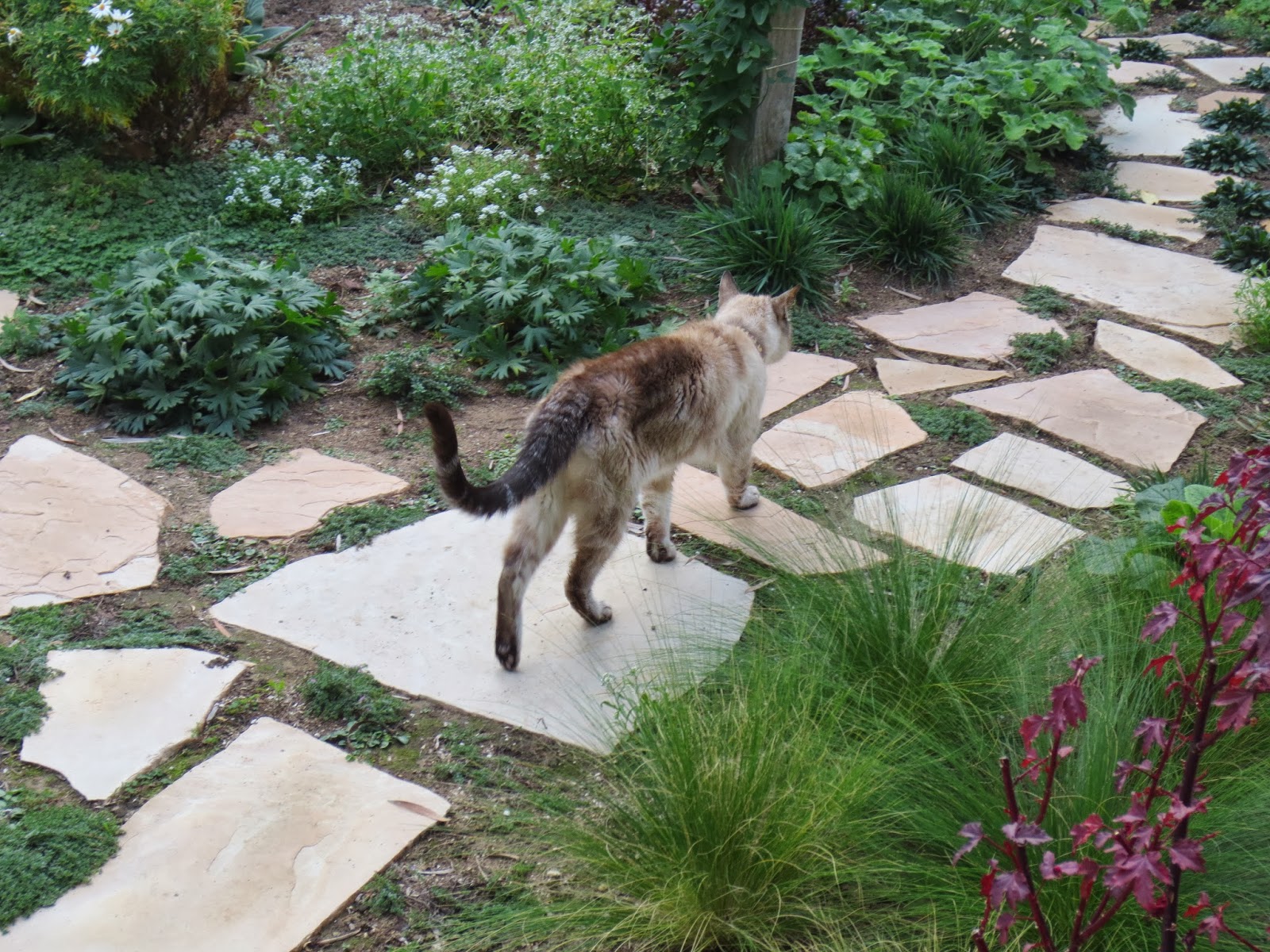 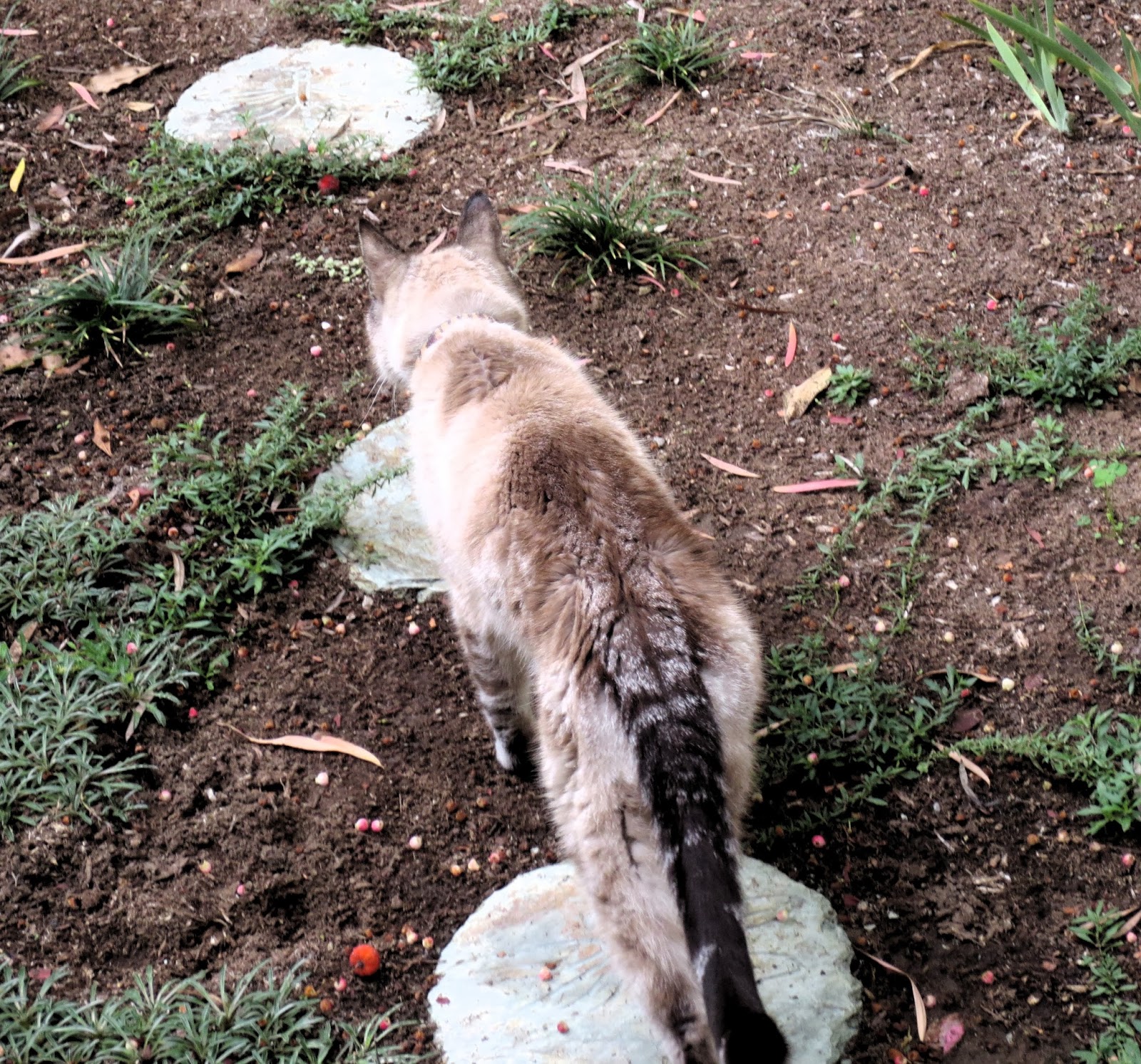 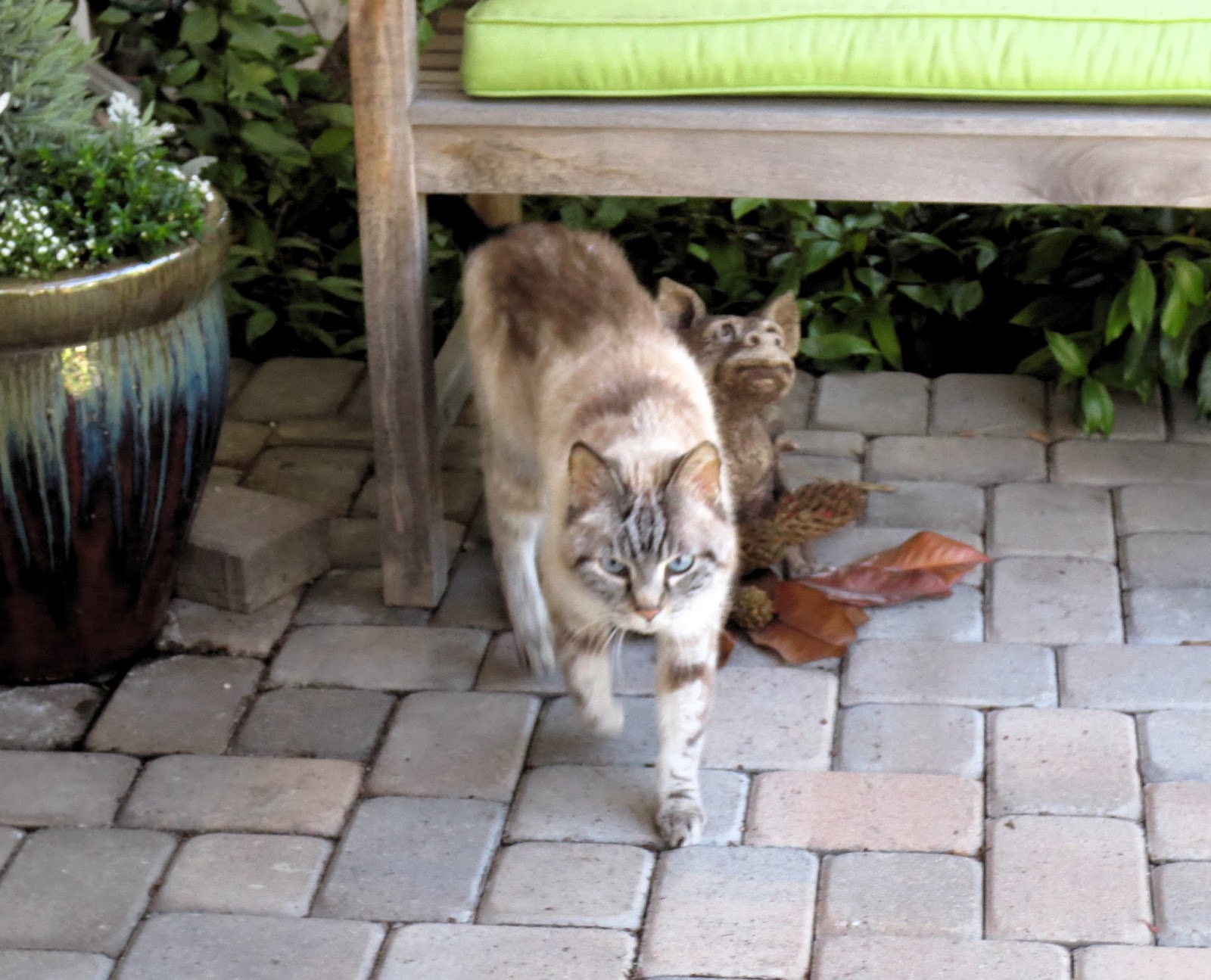 After ousting Pipig from her basket, Ming took a brief nap to rest up until his lunch was ready. 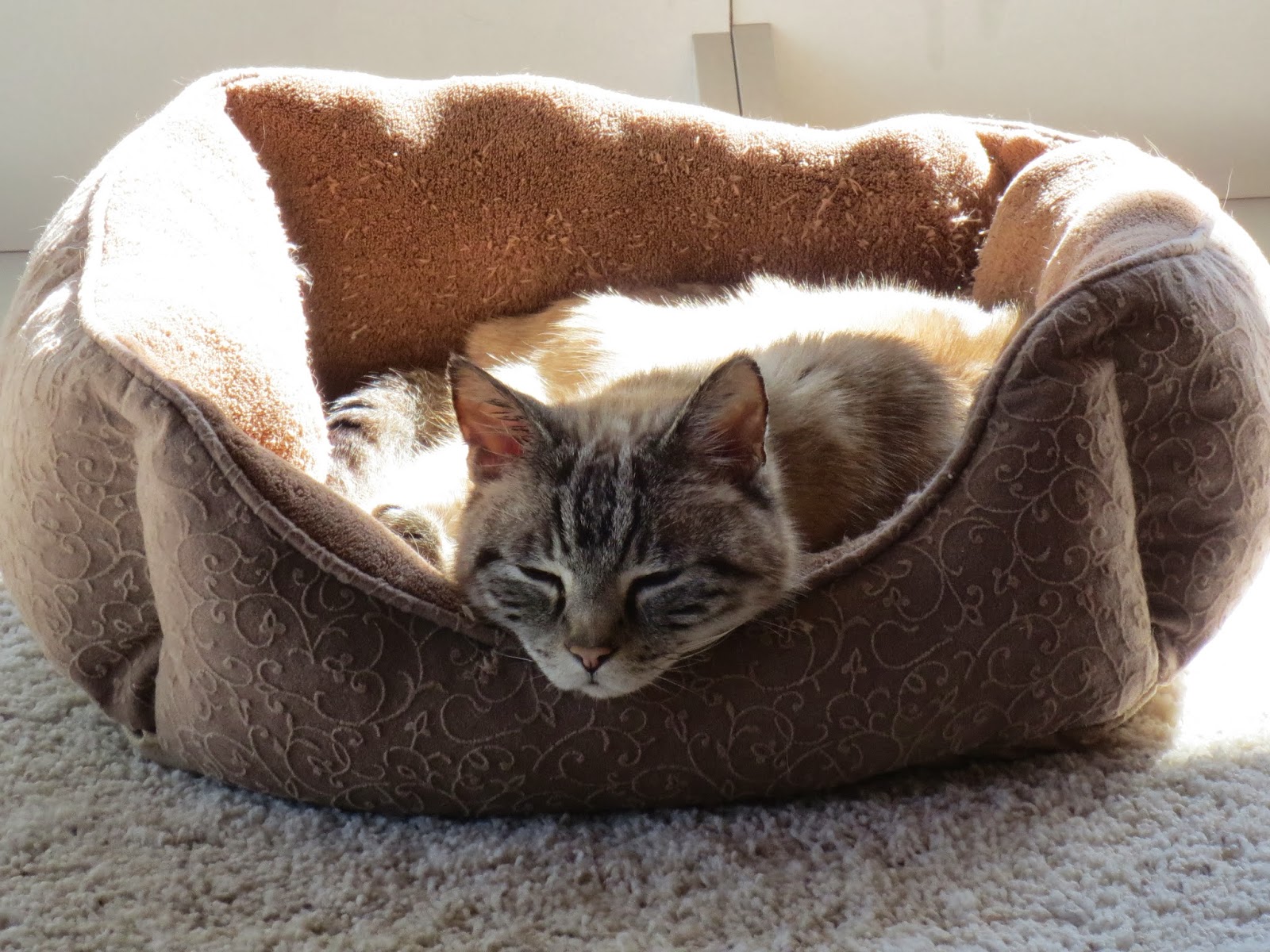 These days, the only thing he likes better than a walk is to eat.  If only he could put back on some of the weight he's lost...
Posted by Kris Peterson at 12:17 PM