As I covered in an earlier post, I've been taking regular walks with Ming, the elder of my 2 cats.  He's come to expect these daily jaunts and cries (as only a cat bred from Siamese stock can) when I'm tardy about getting to it.  Most times, he just circles the house once to twice, then heads back to his screened porch, apparently hoping that another dish of food will have miraculously appeared.  However, yesterday, he took some time to check out elements in the garden.

The fountain was of major interest. 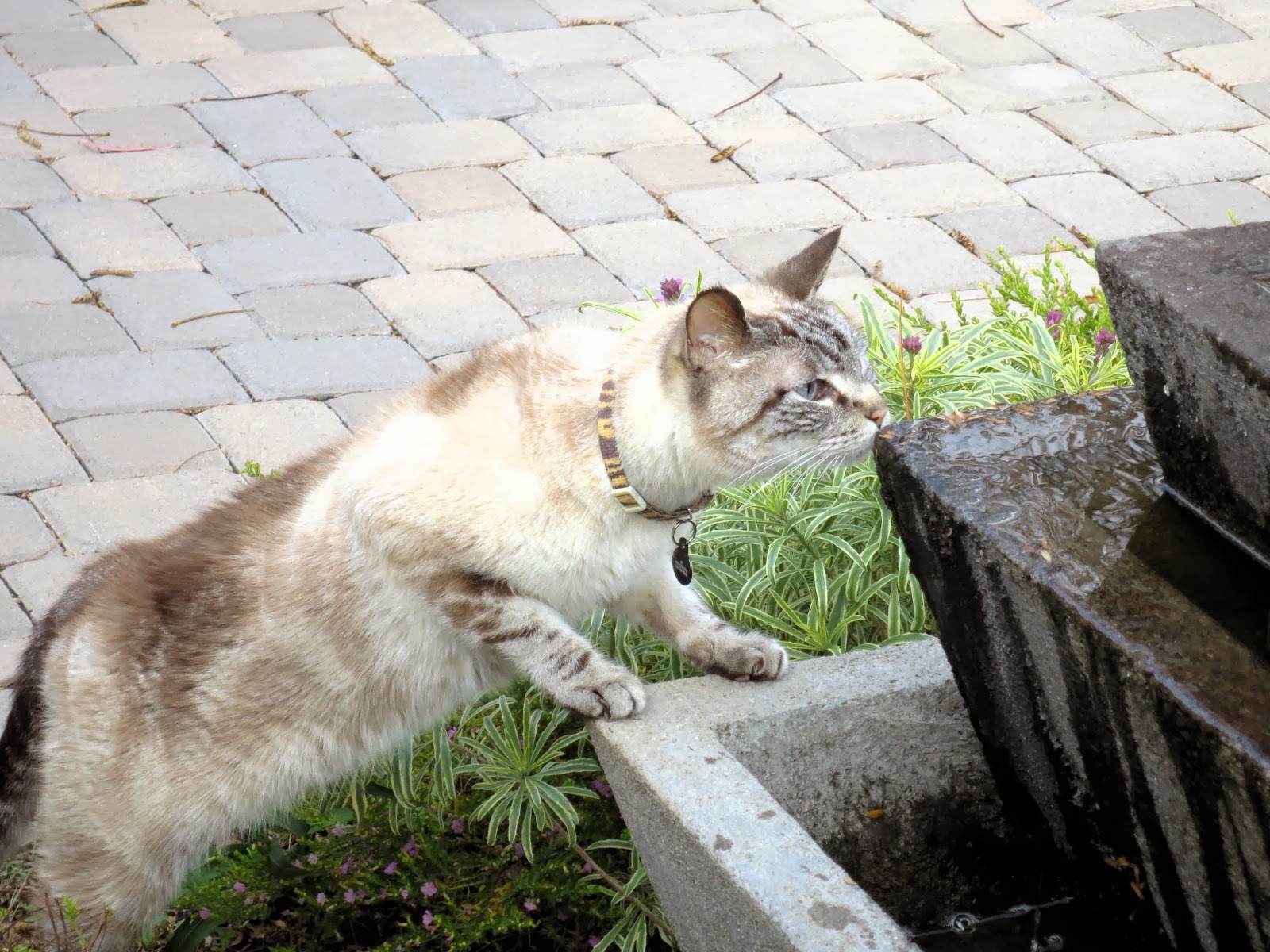 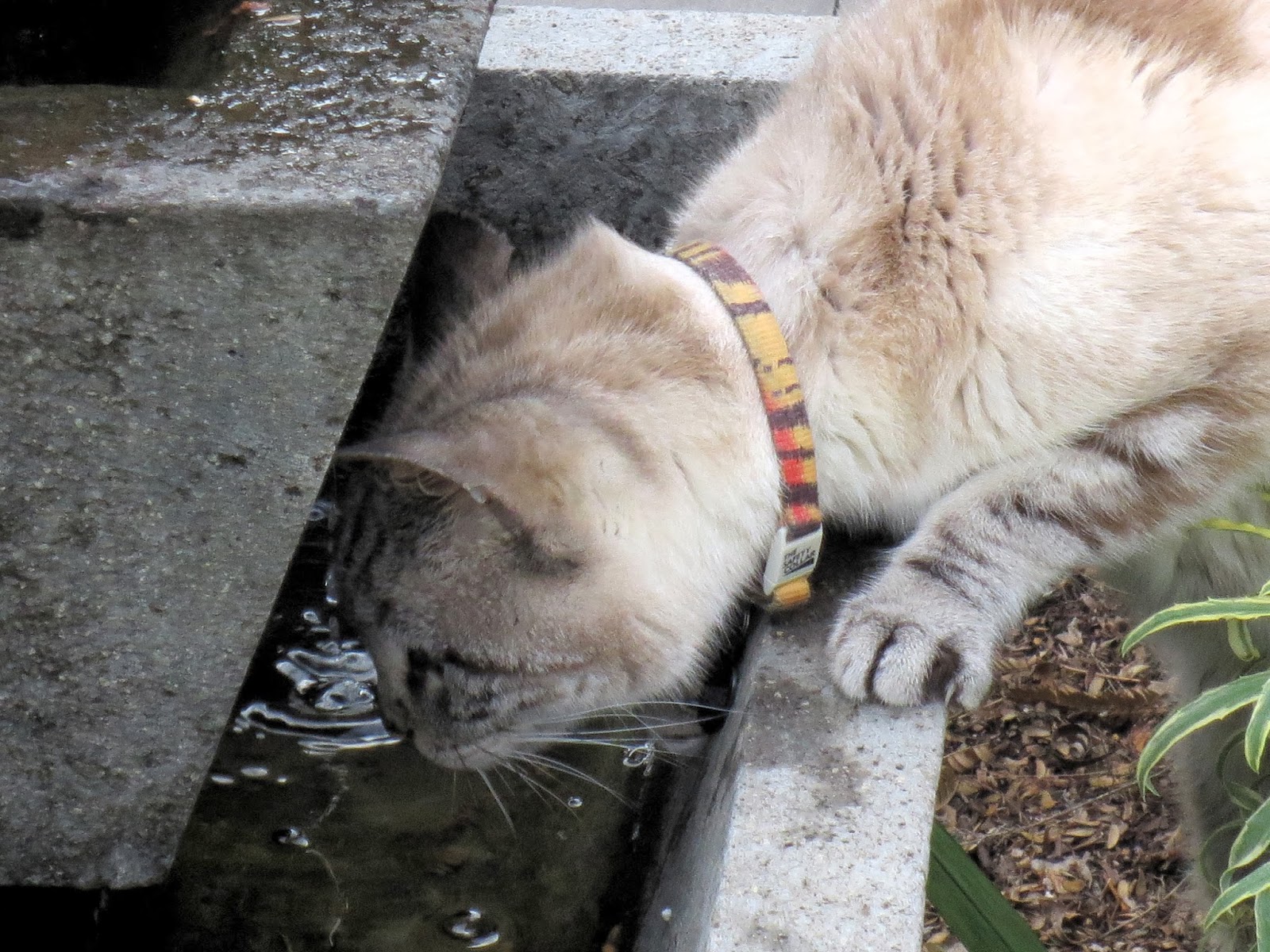 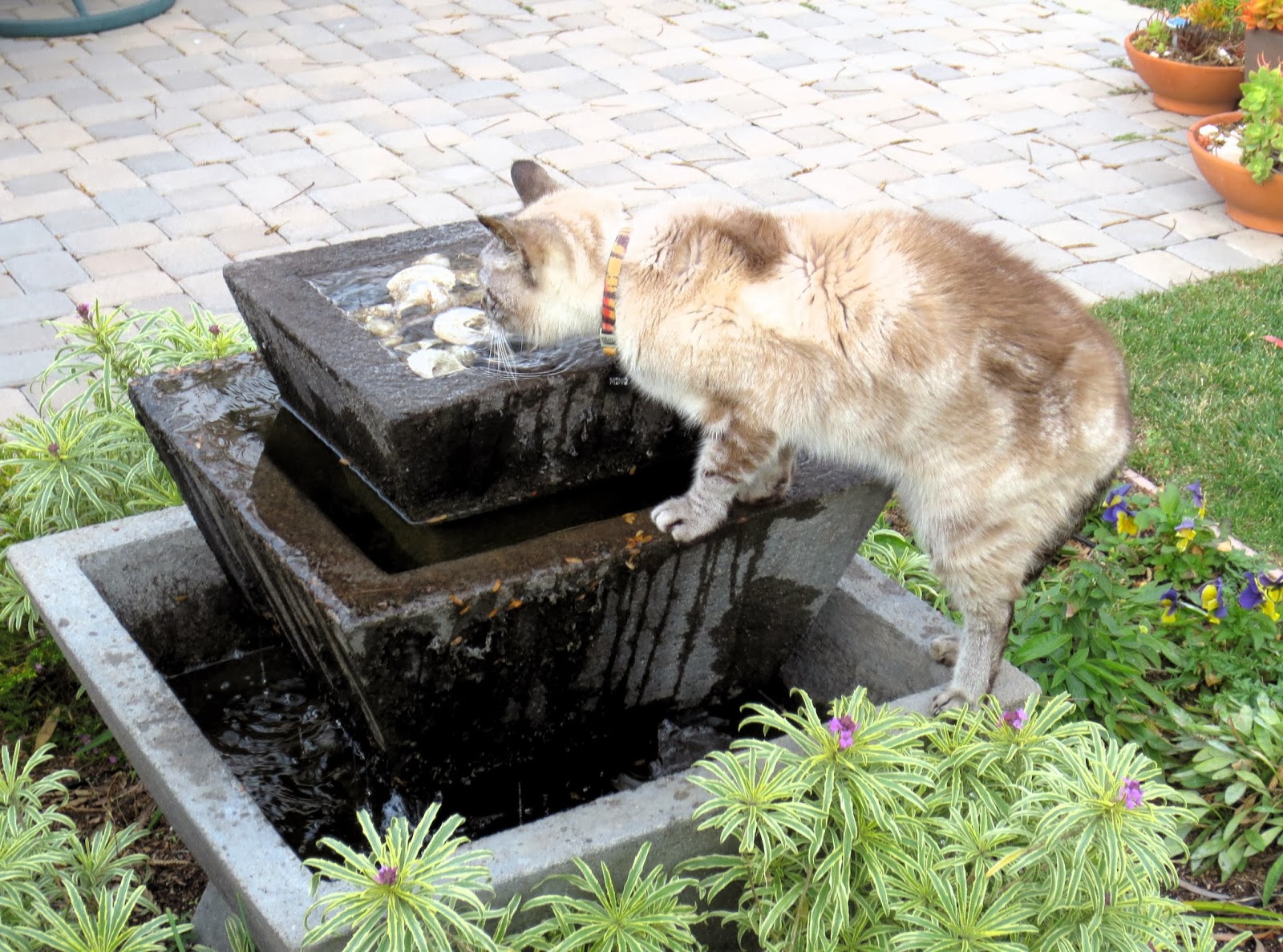 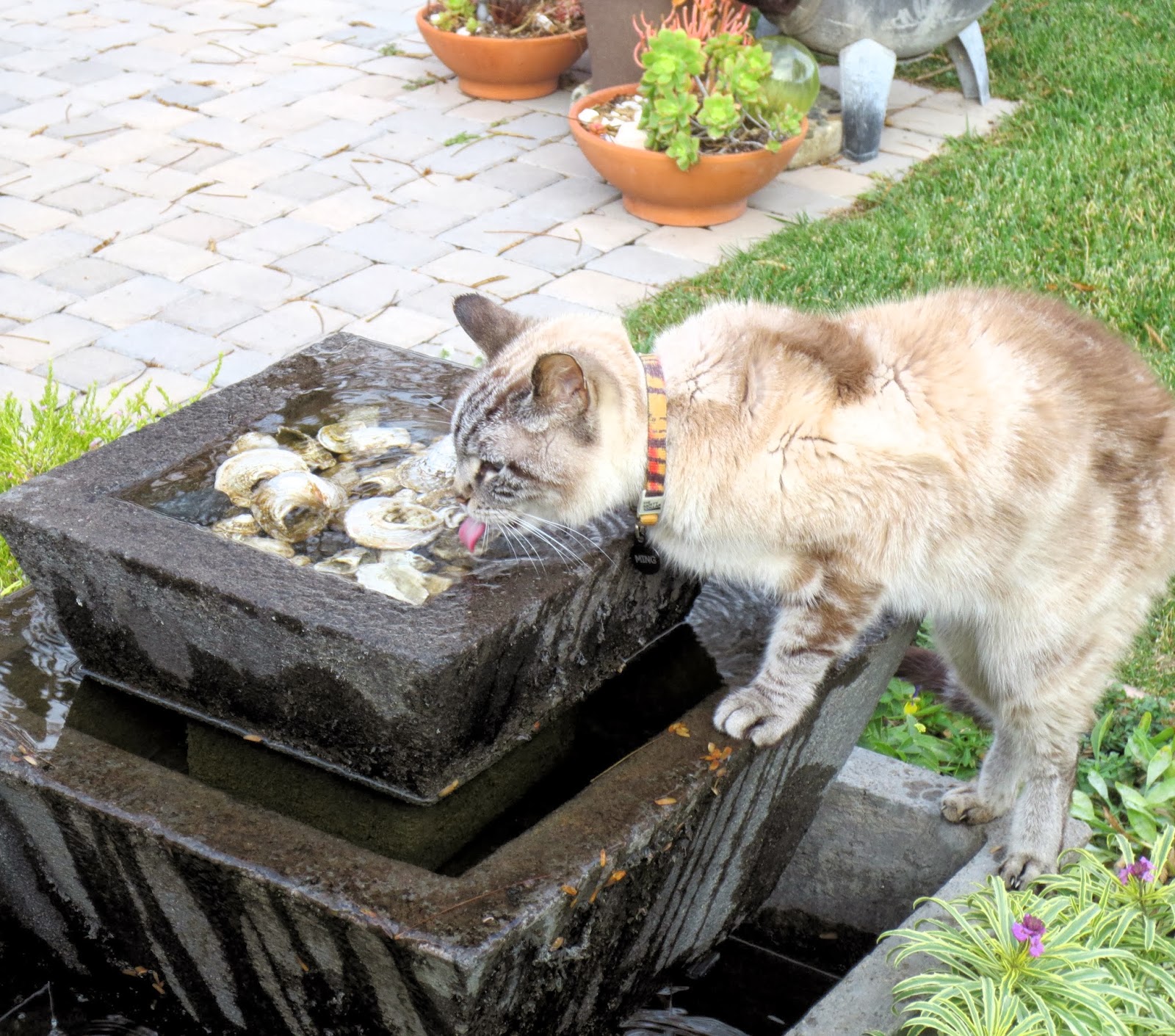 While he was taking a drink, I noticed that my Erysimum linifolium is starting to bloom. 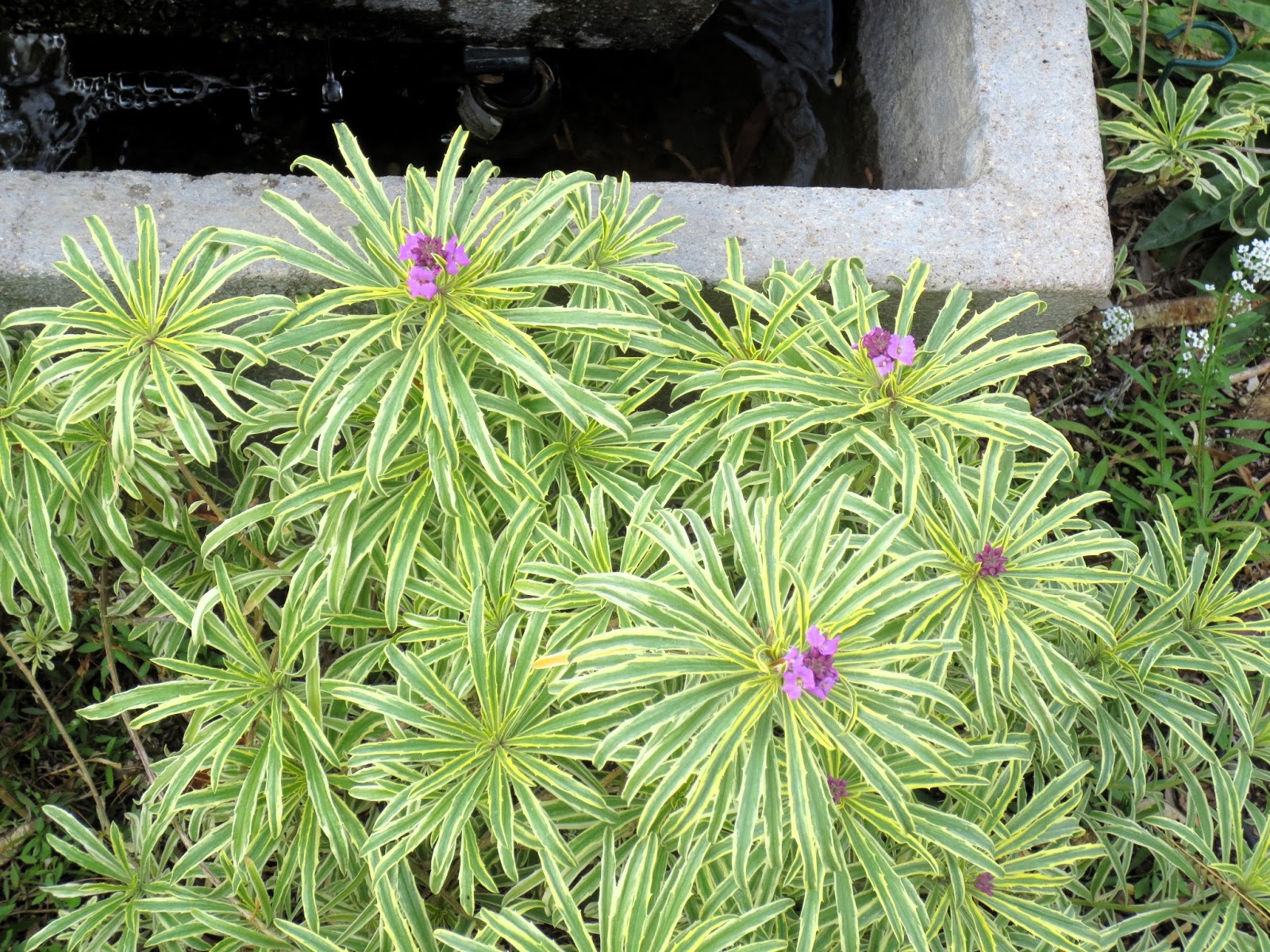 Ming checked out the Correa pulchella 'Pink Eyre' currently in full bloom in the dry garden. 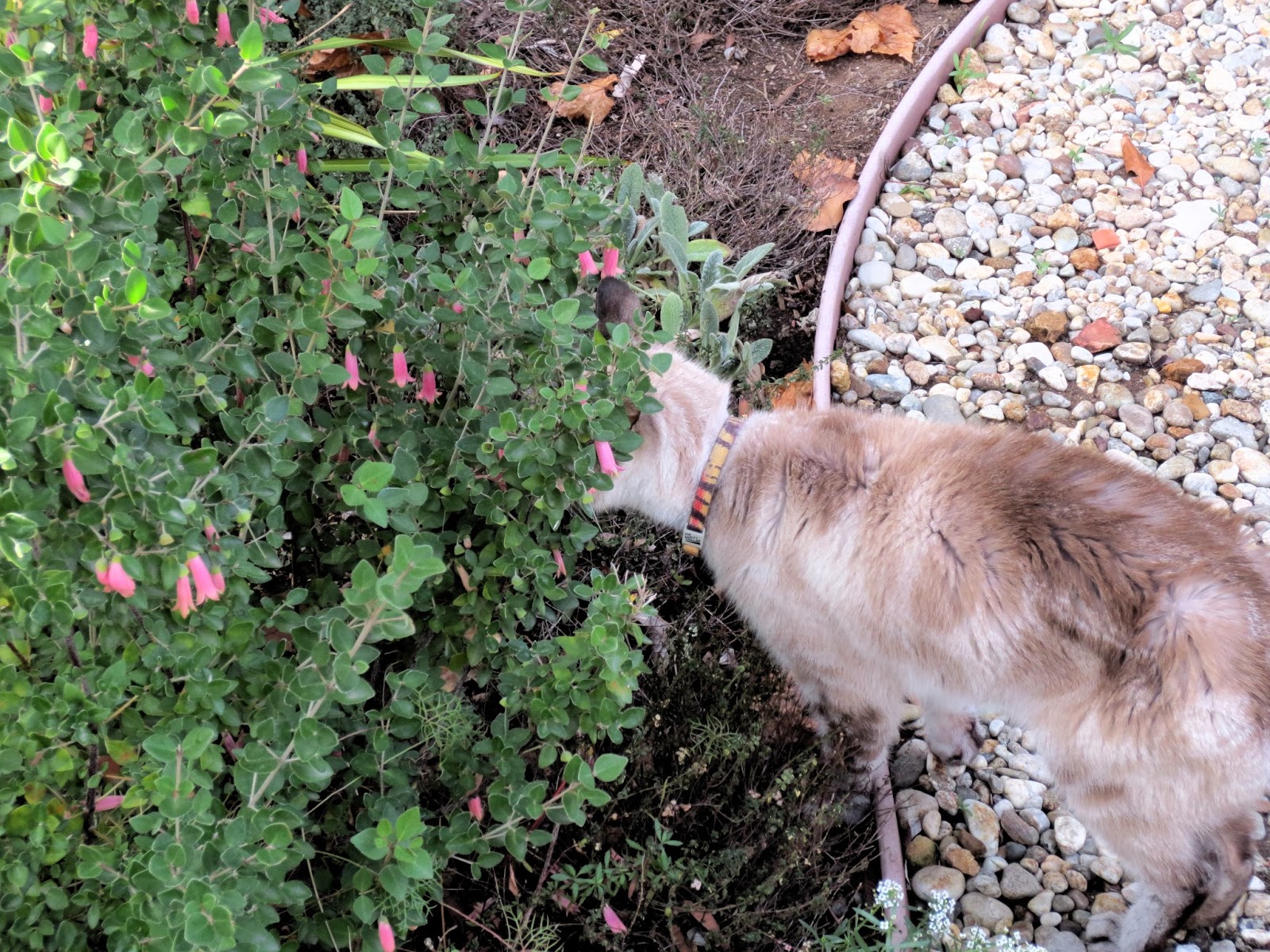 While I noticed that a more recently planted Correa appears to be suddenly dying off. 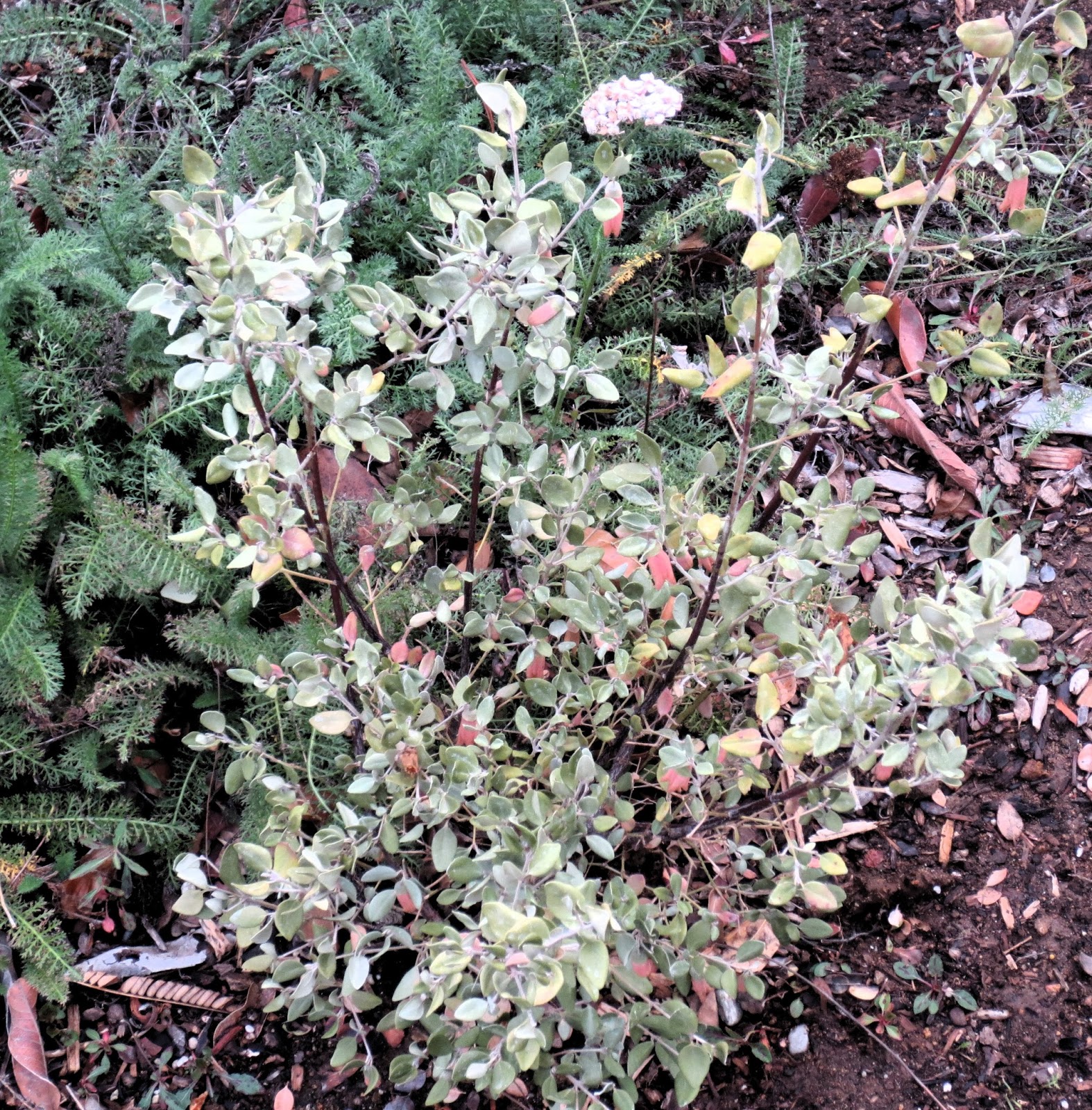 Climbing up on the fountain wasn't Ming's only feat on this walk.  He also jumped up on the birdbath in the vegetable garden, currently full of glass pebbles. 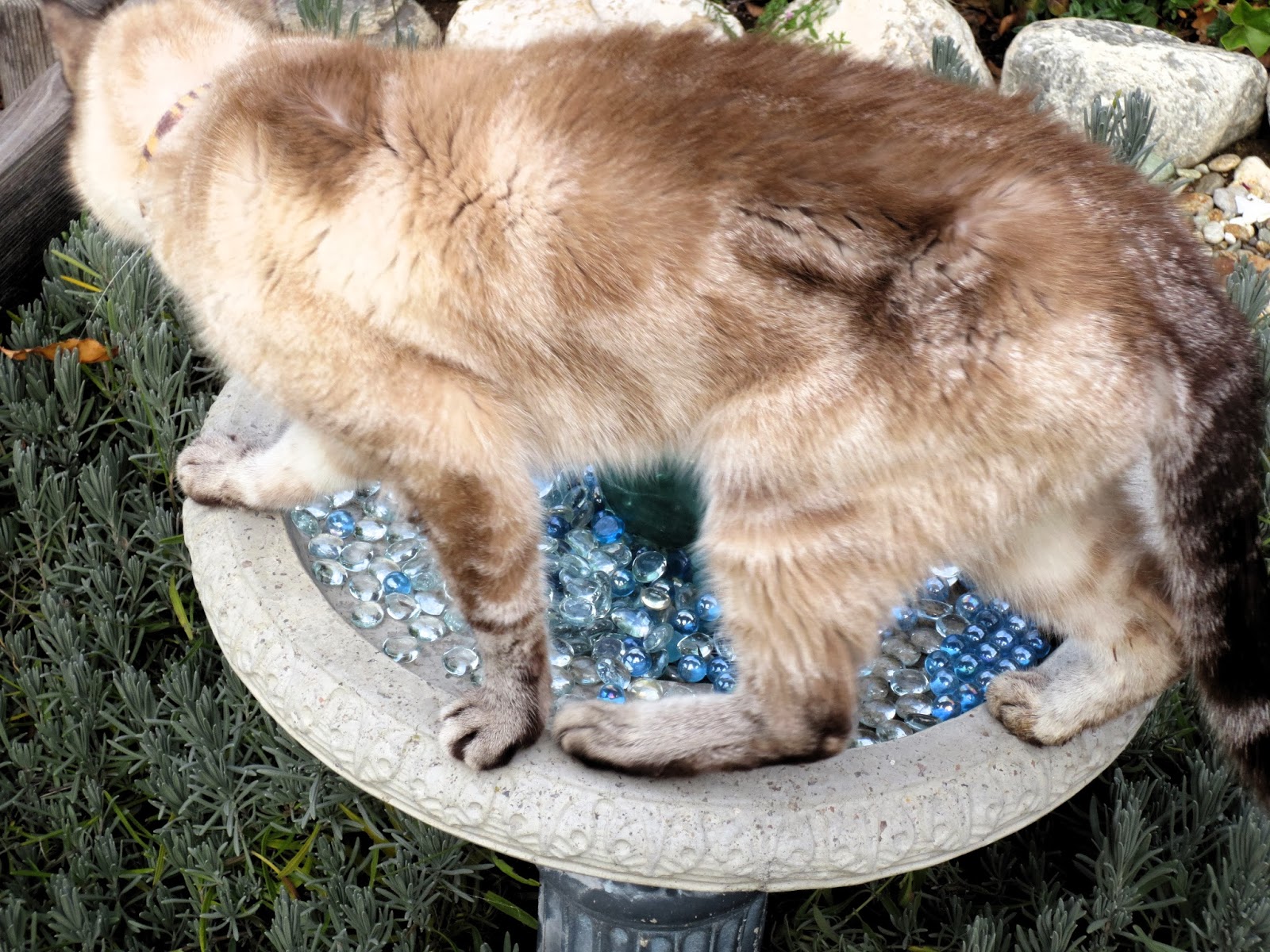 And then he hopped over into one of the vegetable beds, where I'm currently growing poppies, snapdragons and sweet peas. 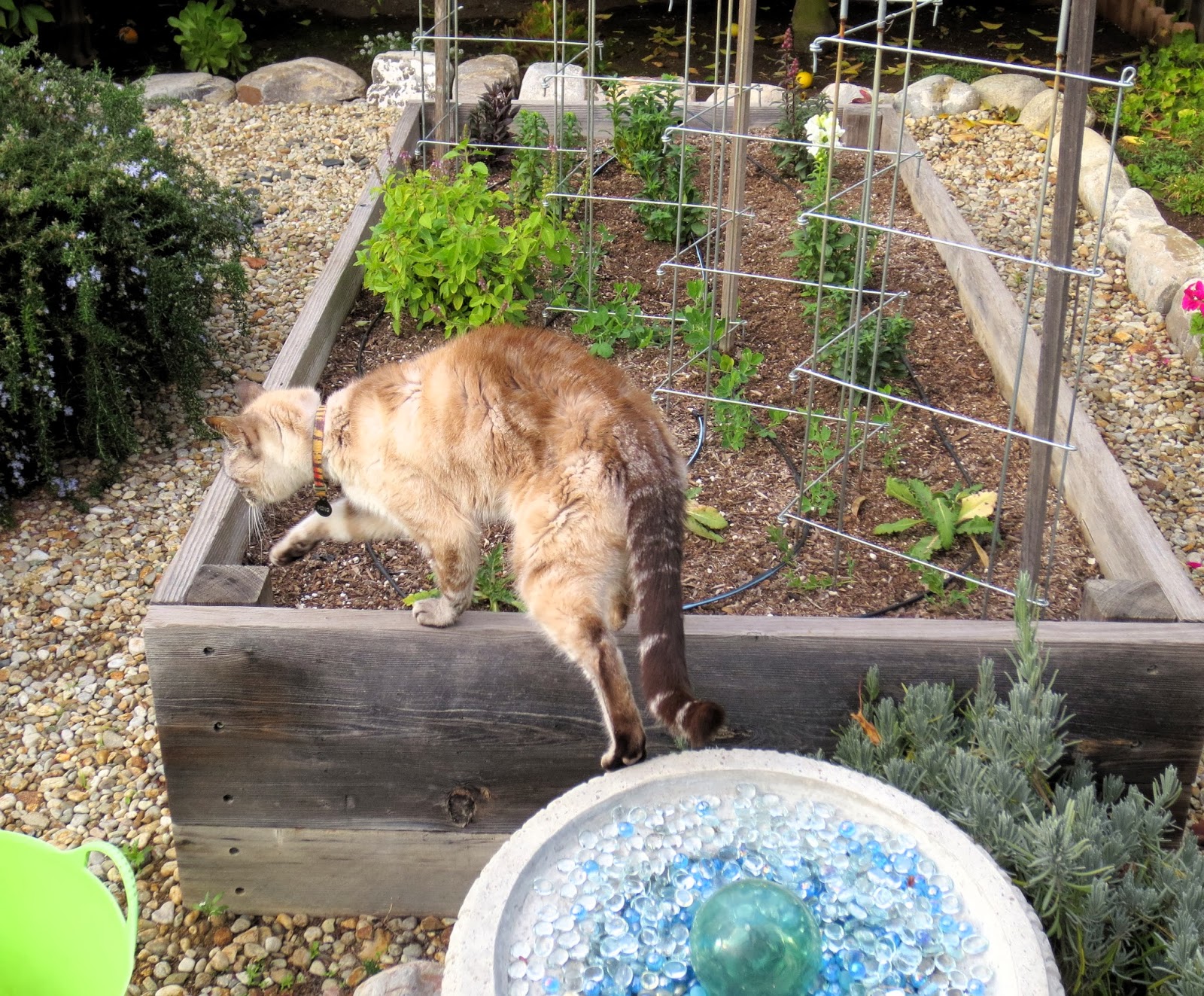 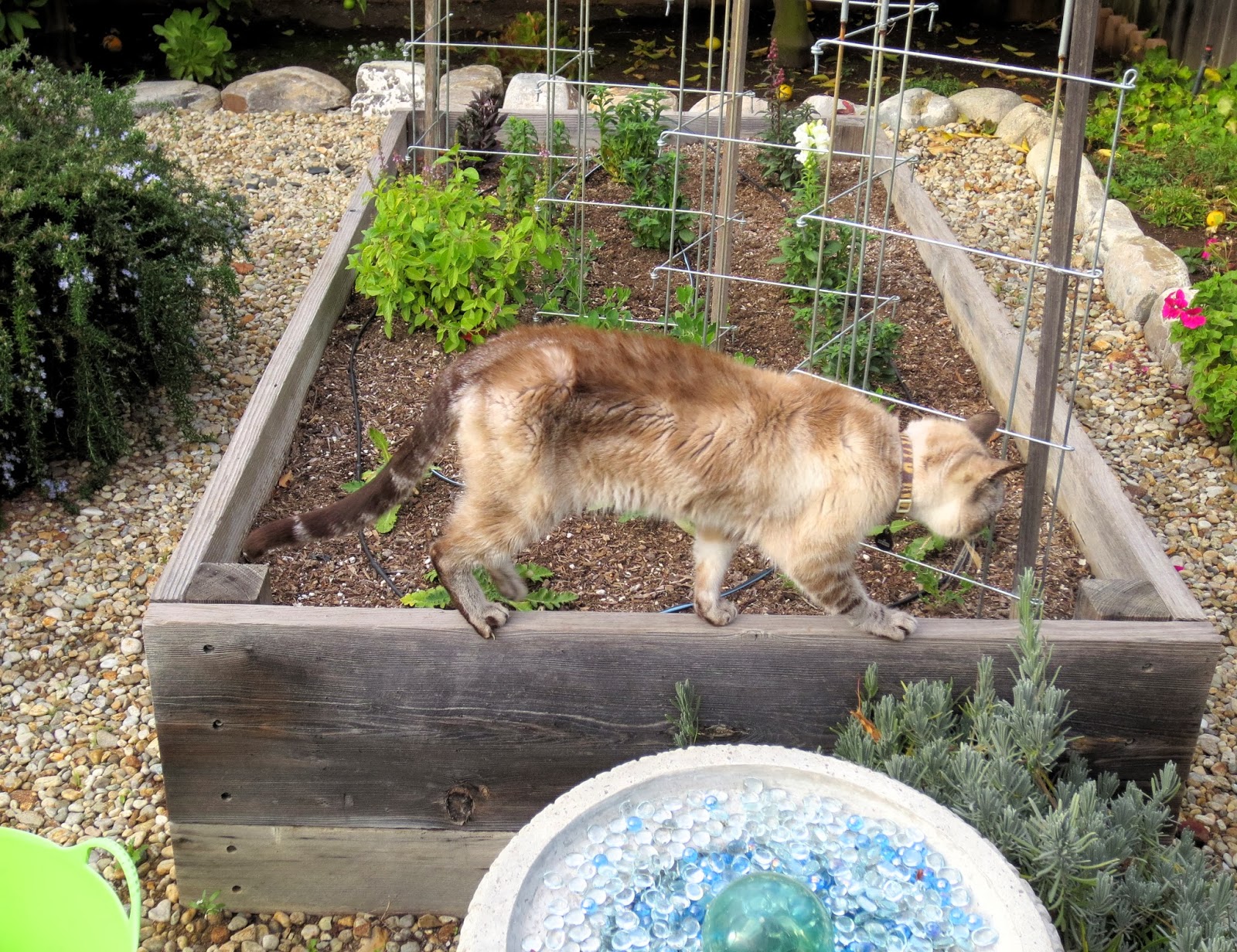 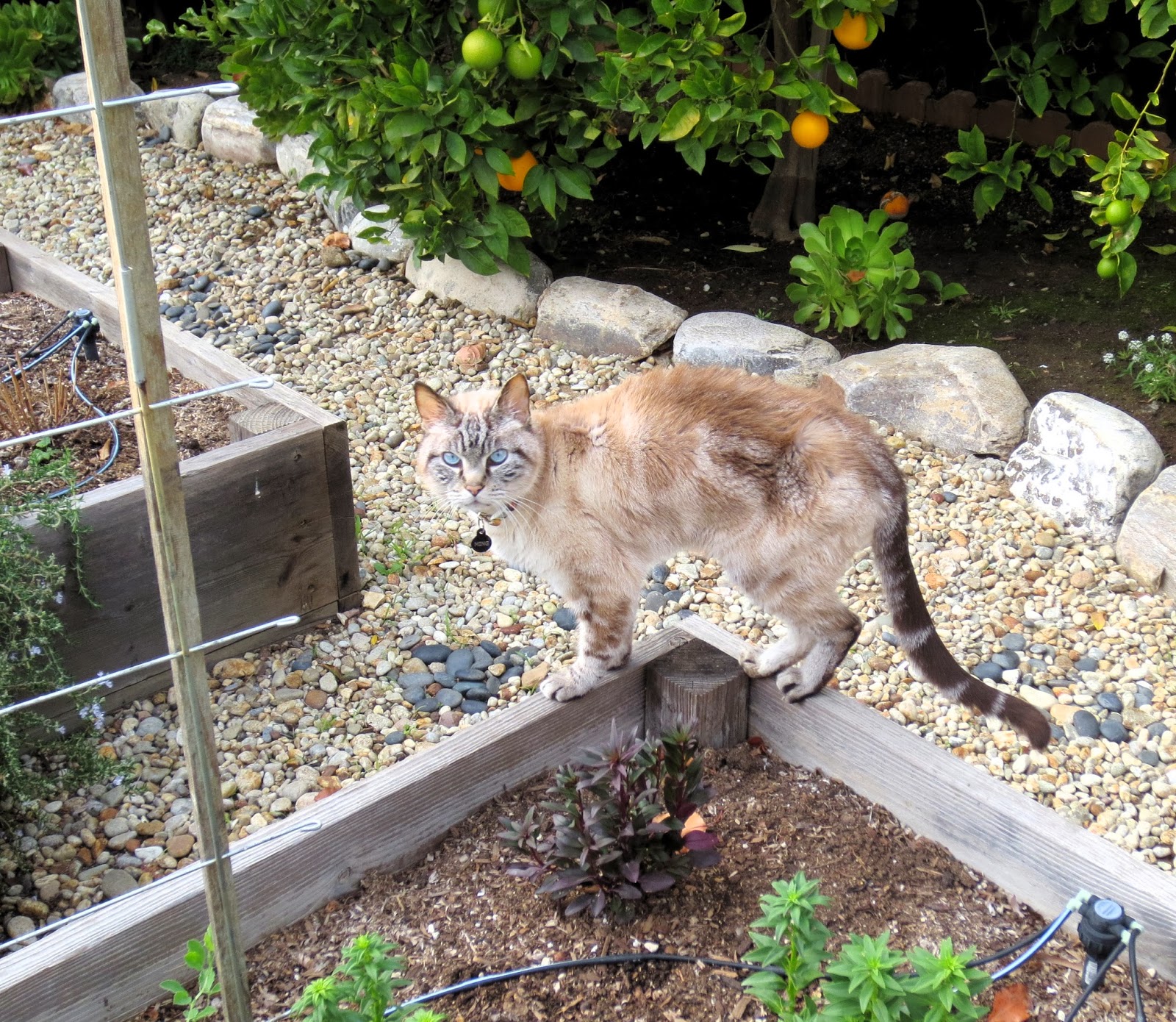 He was oblivious to the house finches staring down at him from atop the Yucca elephantipes. 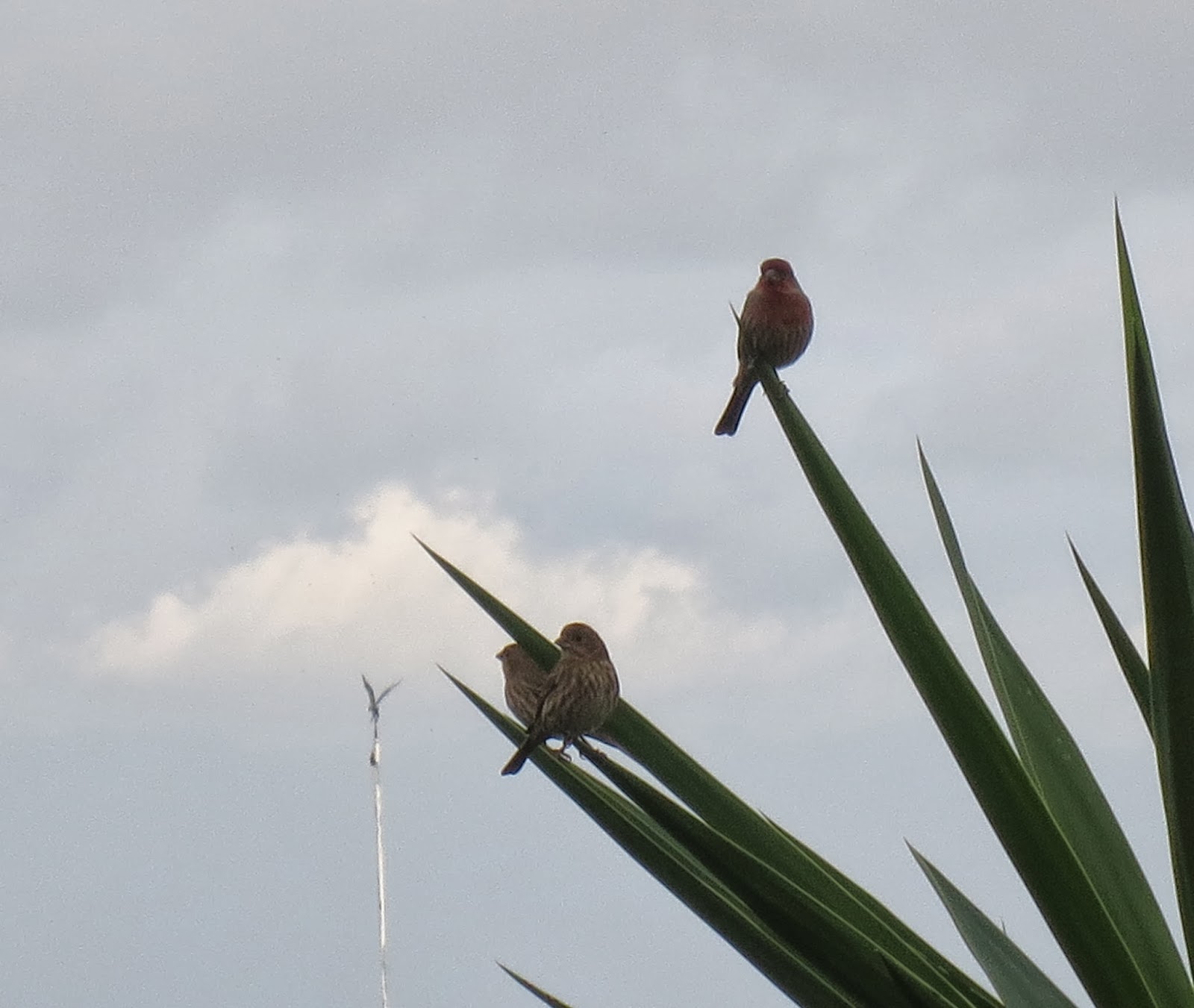 But he got quite excited when a small flock of birds flew out of the bushes in the vegetable garden upon his approach.  I didn't get a picture but, while he didn't actually run, he moved faster than I've seen him do in many months.

As he headed toward the driveway at the front of the house, I noticed that my Camellia japonica 'Taylor's Perfection' is starting to bloom. 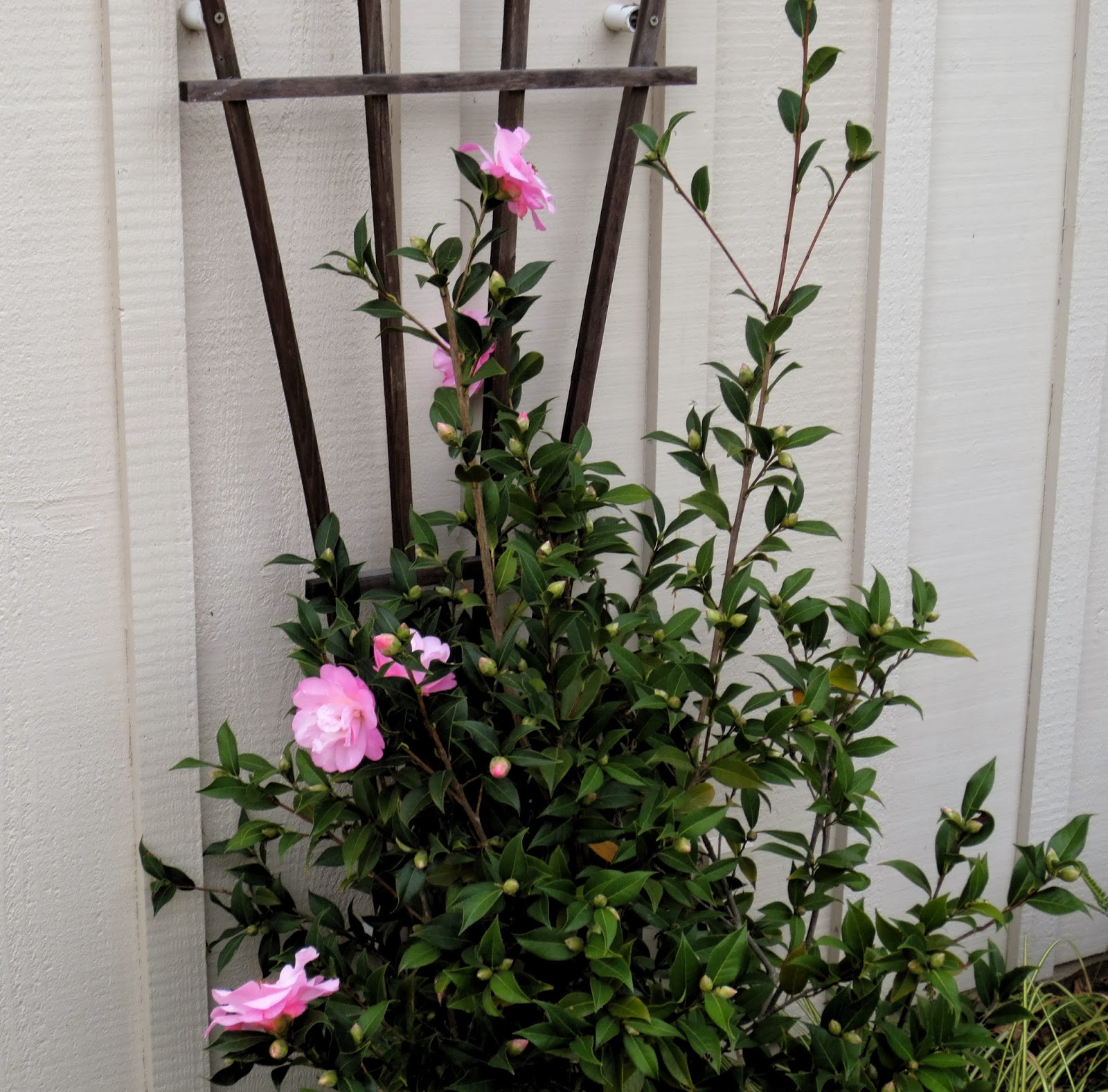 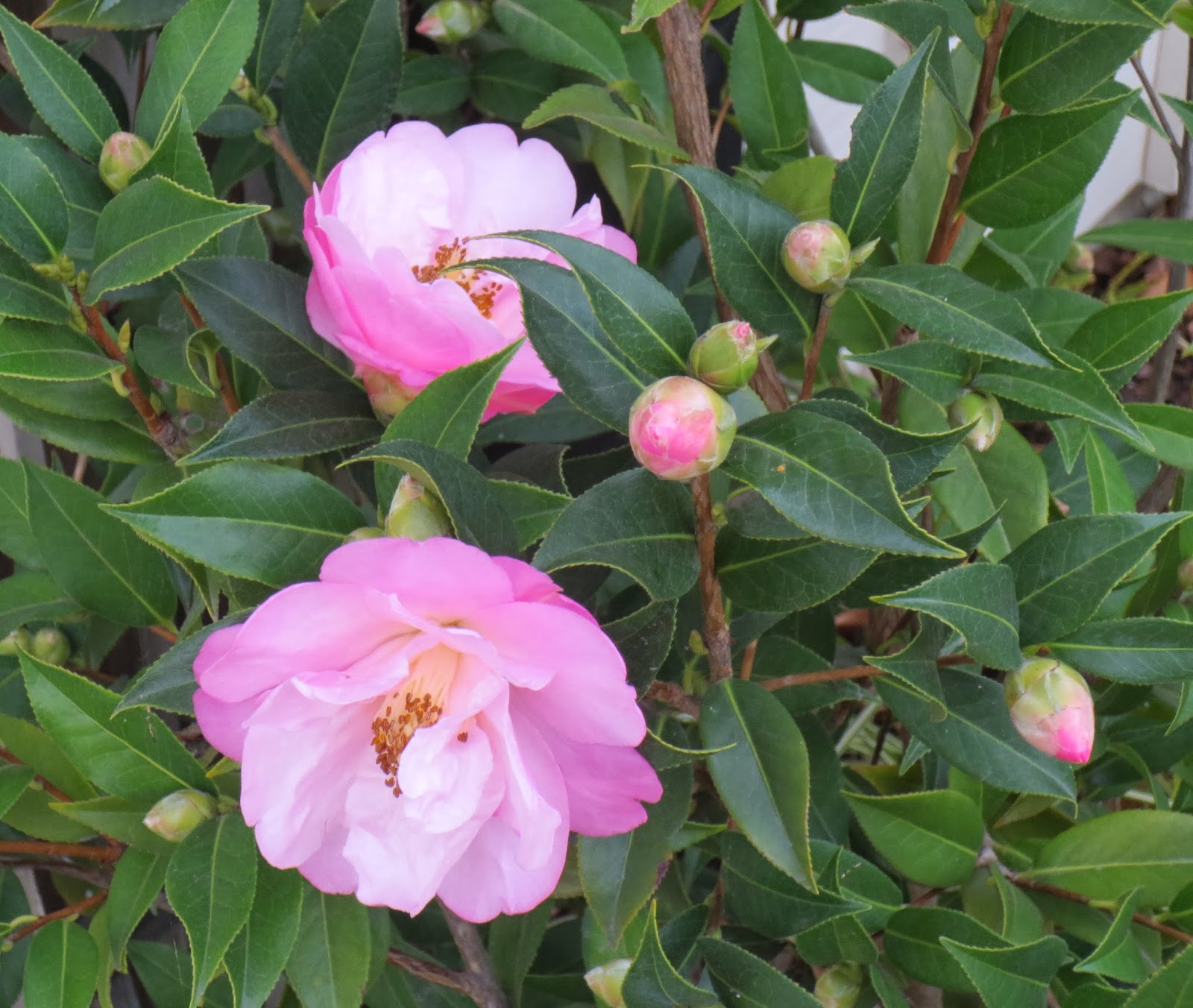 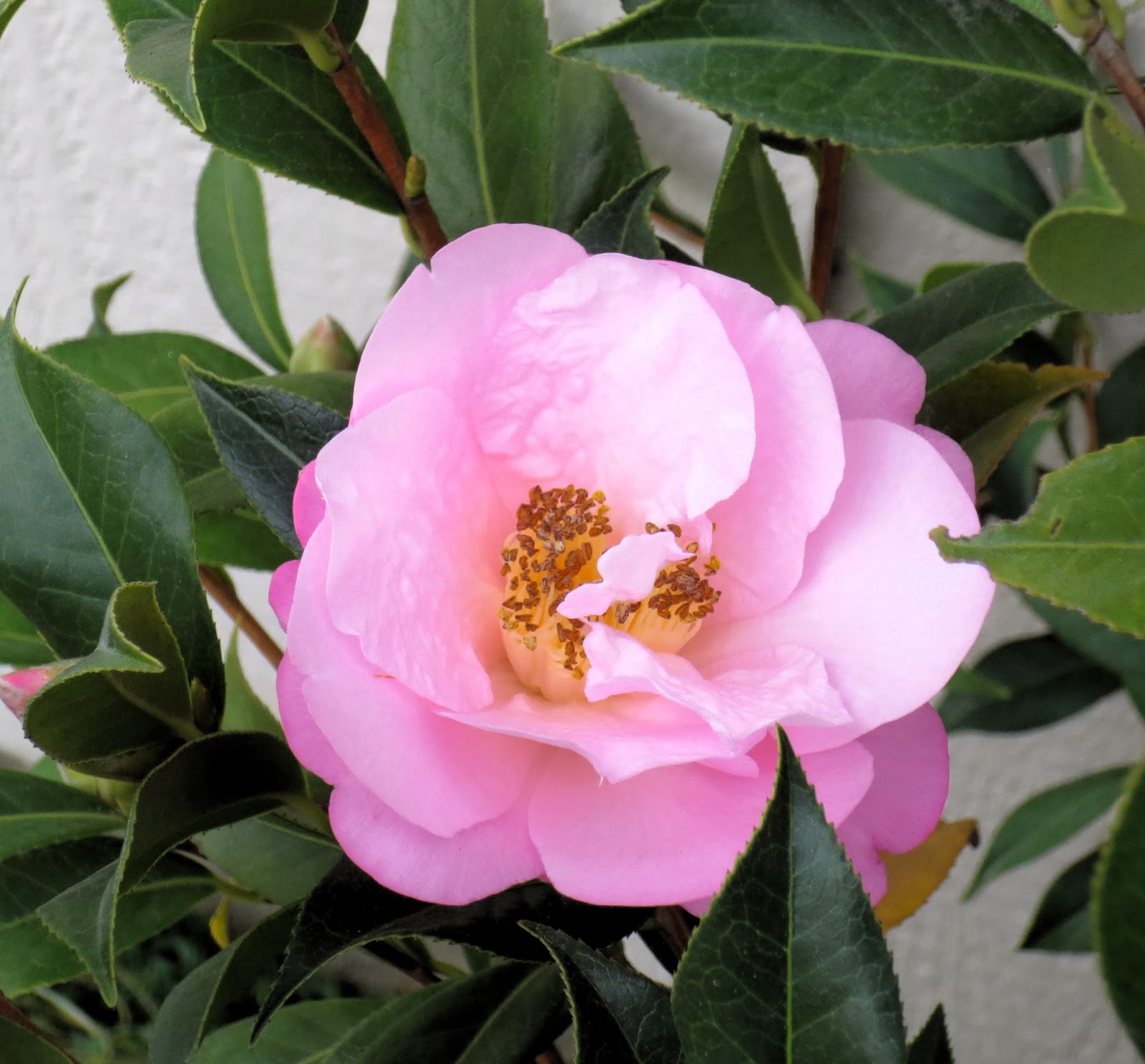 And that the ornamental pear (Pyrus calleryana) is showing a bit of colorful foliage. 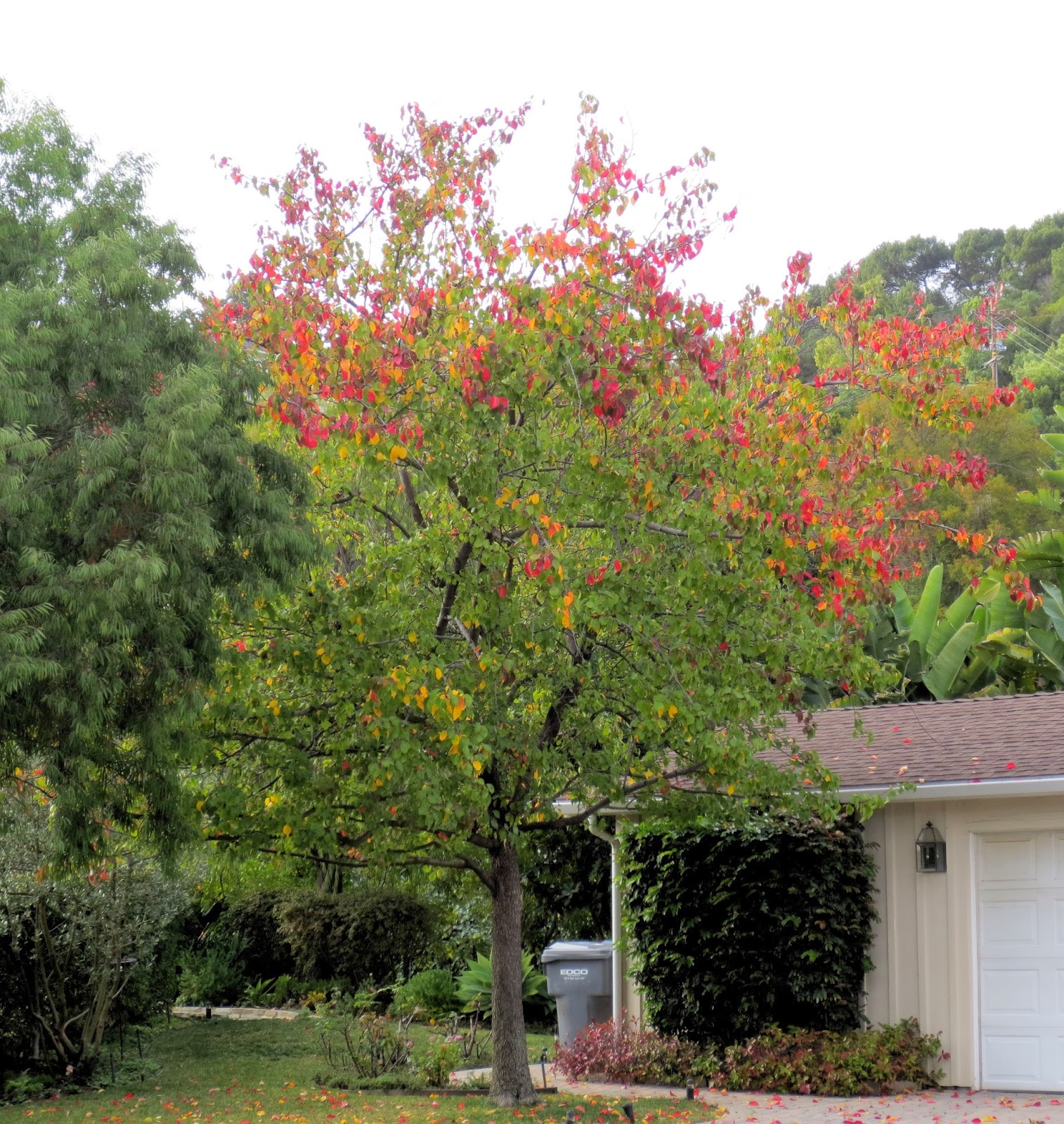 When we got back to the side yard, Ming investigated a bucket. 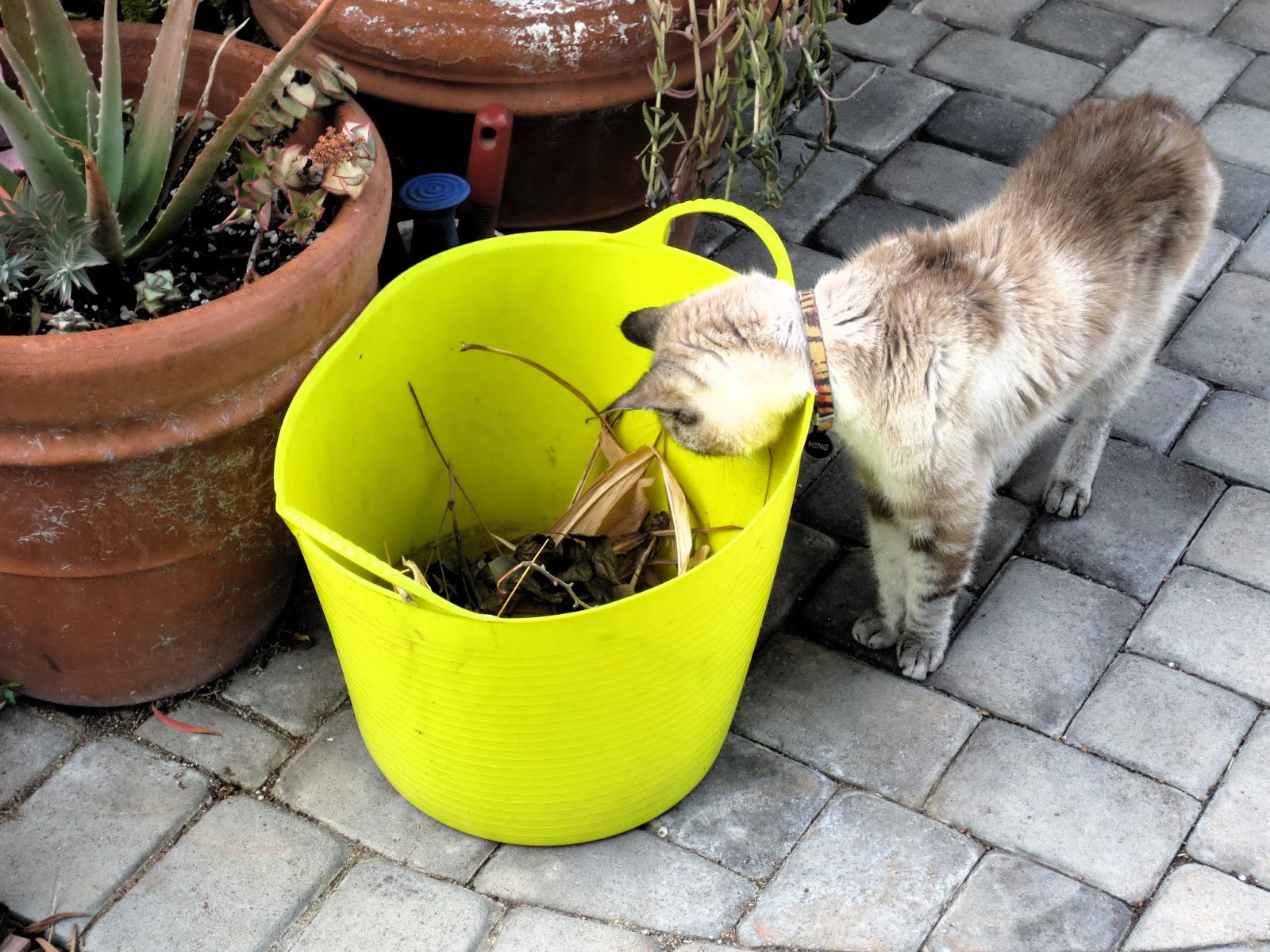 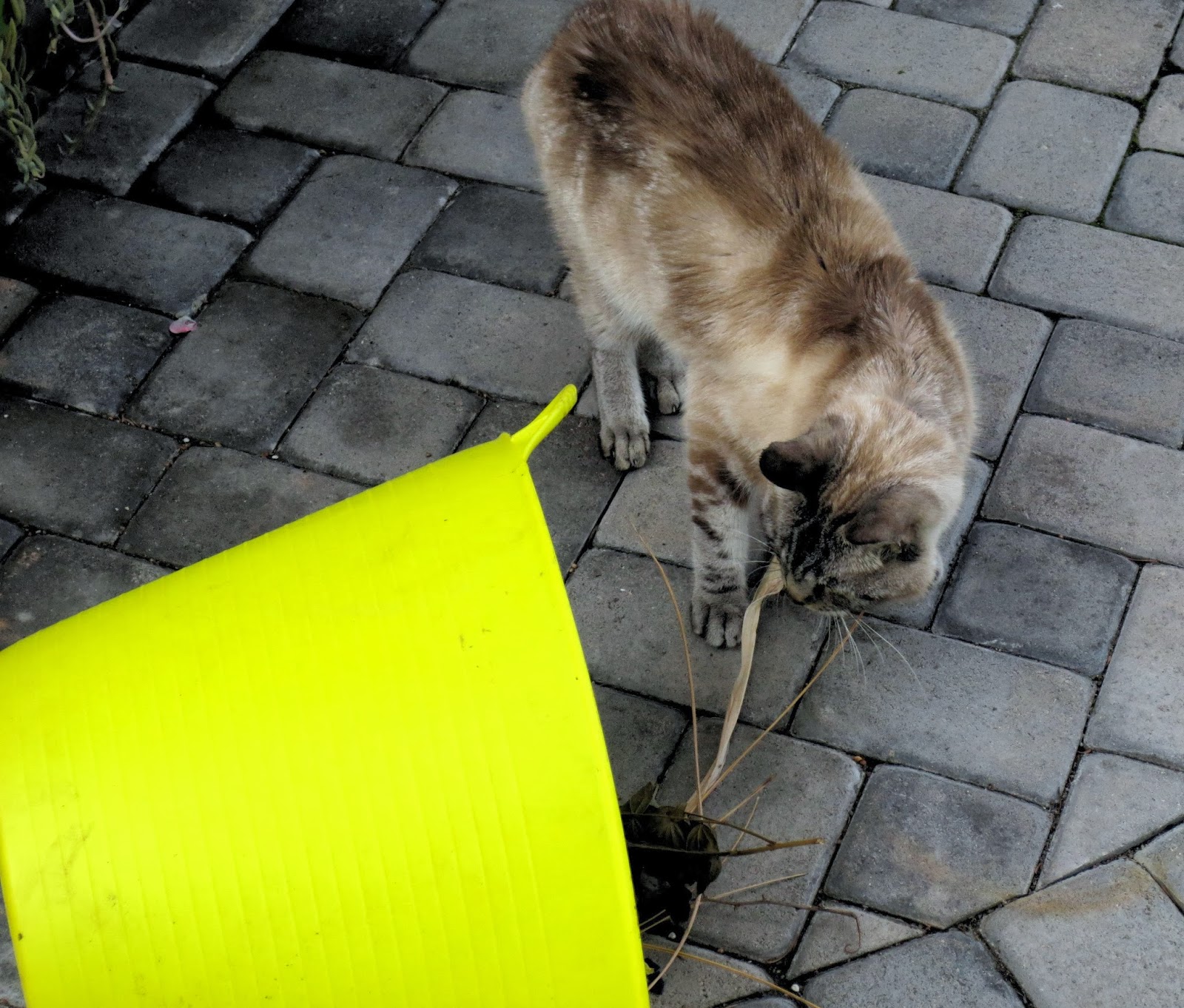 Then he finally headed back to the screened porch where, after taking a closer look at a Agave 'Blue Glow', he checked his bowl. 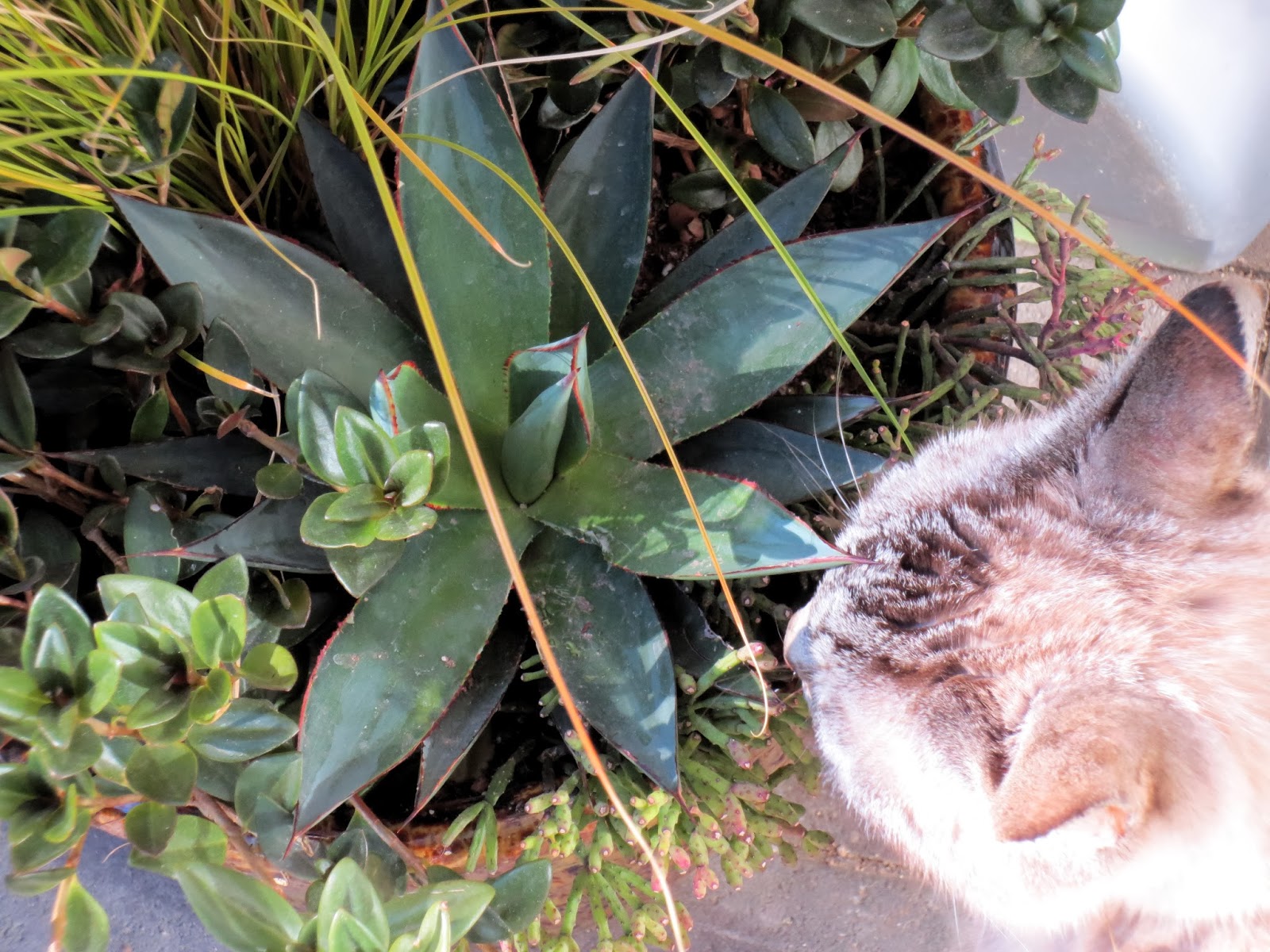 Food did magically appear about 5 minutes later.  I think the walks are doing him some good.

Posted by Kris Peterson at 9:13 PM