Last March, just as spring was getting its start in southern California, I took a picture-taking stroll around our neighborhood, which is essentially a large circle comprised of 50+ homes.  Because of a bad knee, I don't walk the neighborhood regularly as I did when we first moved here so I generally see just that portion of the neighborhood that leads from the main thoroughfare to our door.  As the sun was shining after a welcome rain on Saturday, I thought I'd make another tour with my camera in hand.

The degree of curb appeal varies quite a bit from house to house.  Many homes are blocked from view by hedges and others are set back from the road with only driveway entrances in view or situated along private "spur roads" off of our road.  In contrast to last March, there weren't a lot of blooms to see at this time of year.

There were a lot of berries on display, mostly Toyon (Heteromeles arbutifolia), which I recently learned has been designated the official plant of the City of Los Angeles. 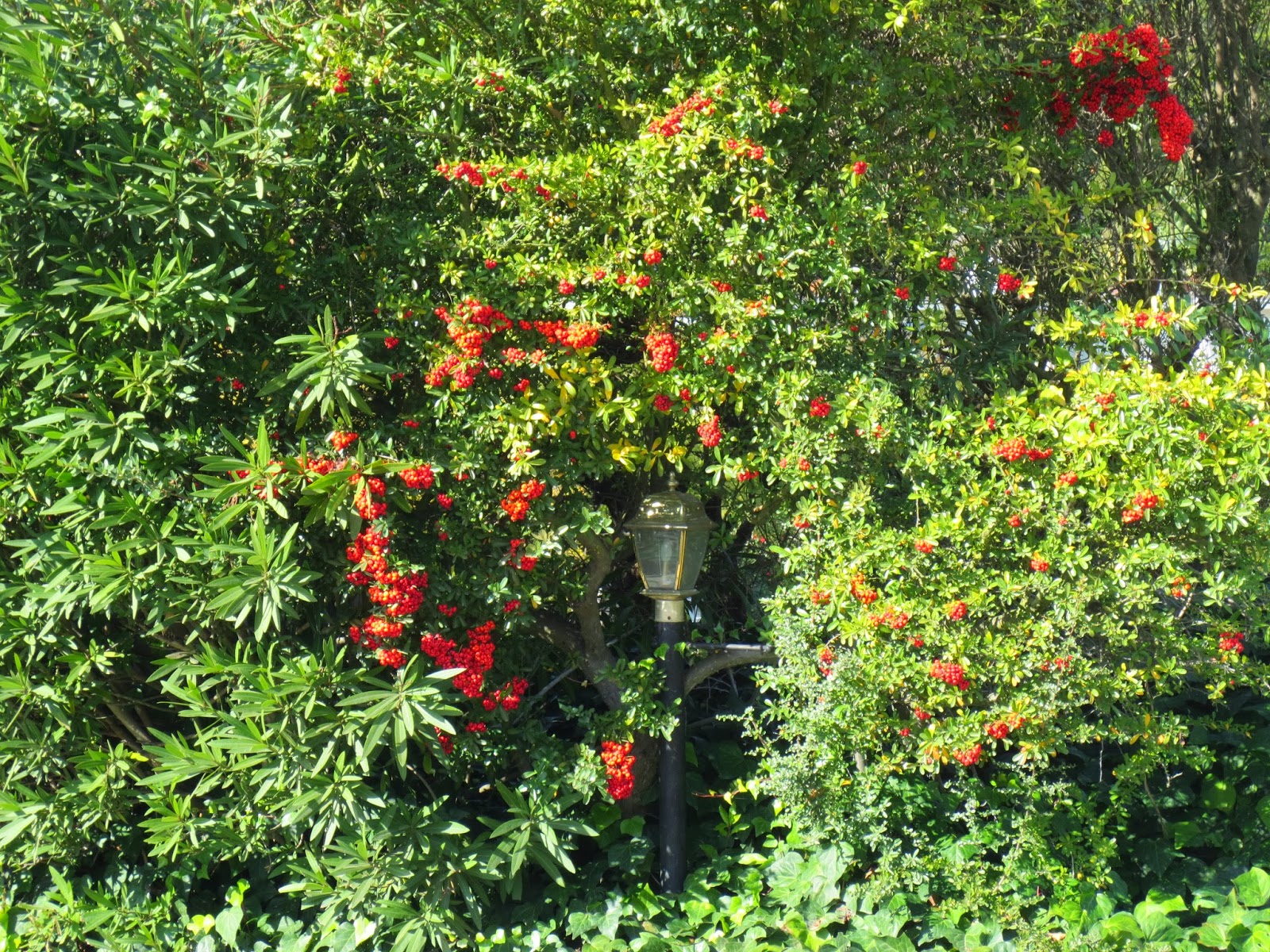 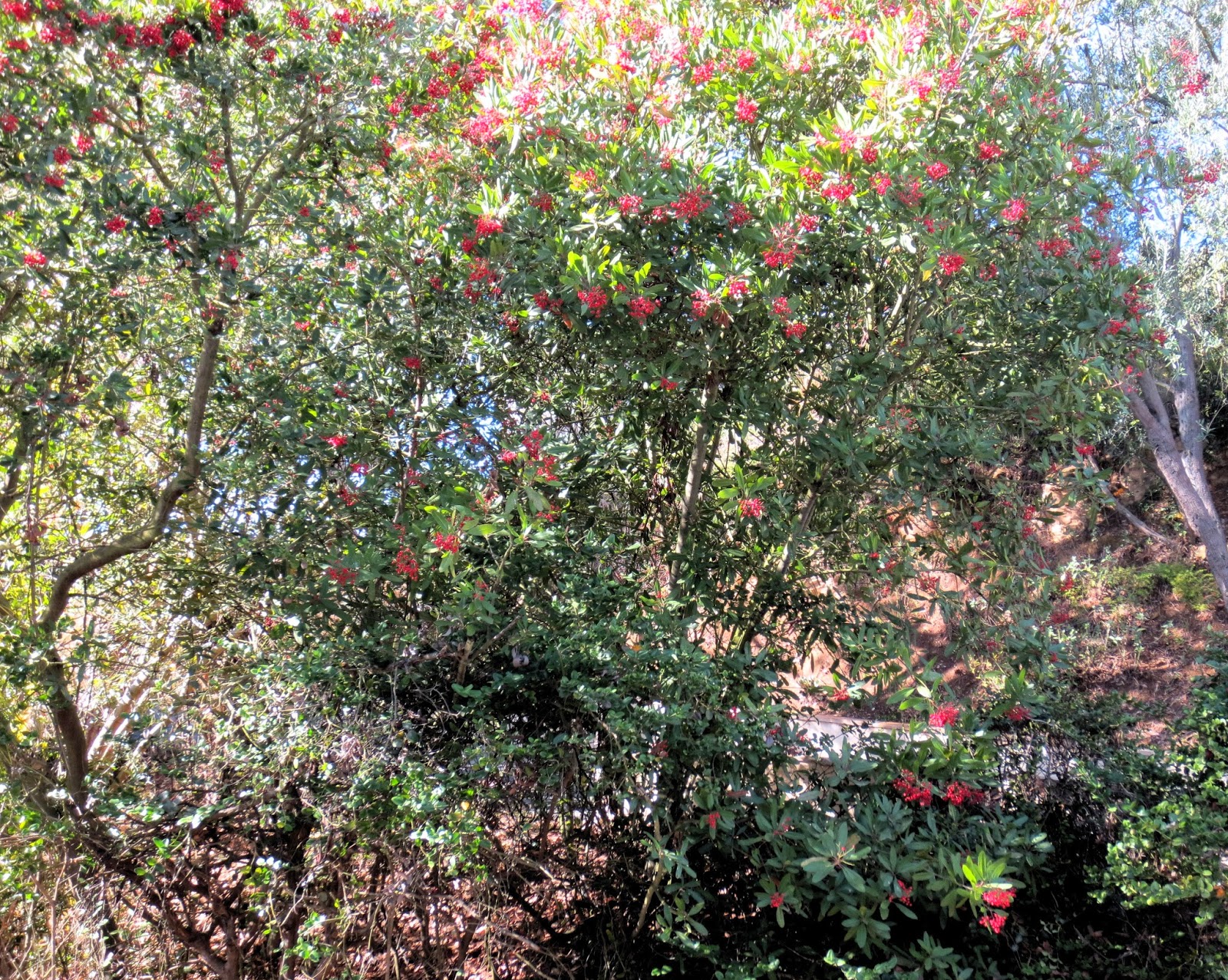 And, even though southern California doesn't produce much in the way of fall foliage color, there was some.

Of course, massive succulents are more prominent than trees in some front yards here.  I think I skipped this one in my earlier post.


As was the case in March, the most impressive front yard was that of an accomplished gardener several houses away from me.  She terraced her sloped front yard after she and her husband moved in 10+ years ago.  It's densely planted and there's always something in bloom. There are 2 more houses for sale, including this one, which I'd featured in my March post.  It was sold to a flipper in April and put back on the market for almost twice its original purchase price in late October.  No takers yet. 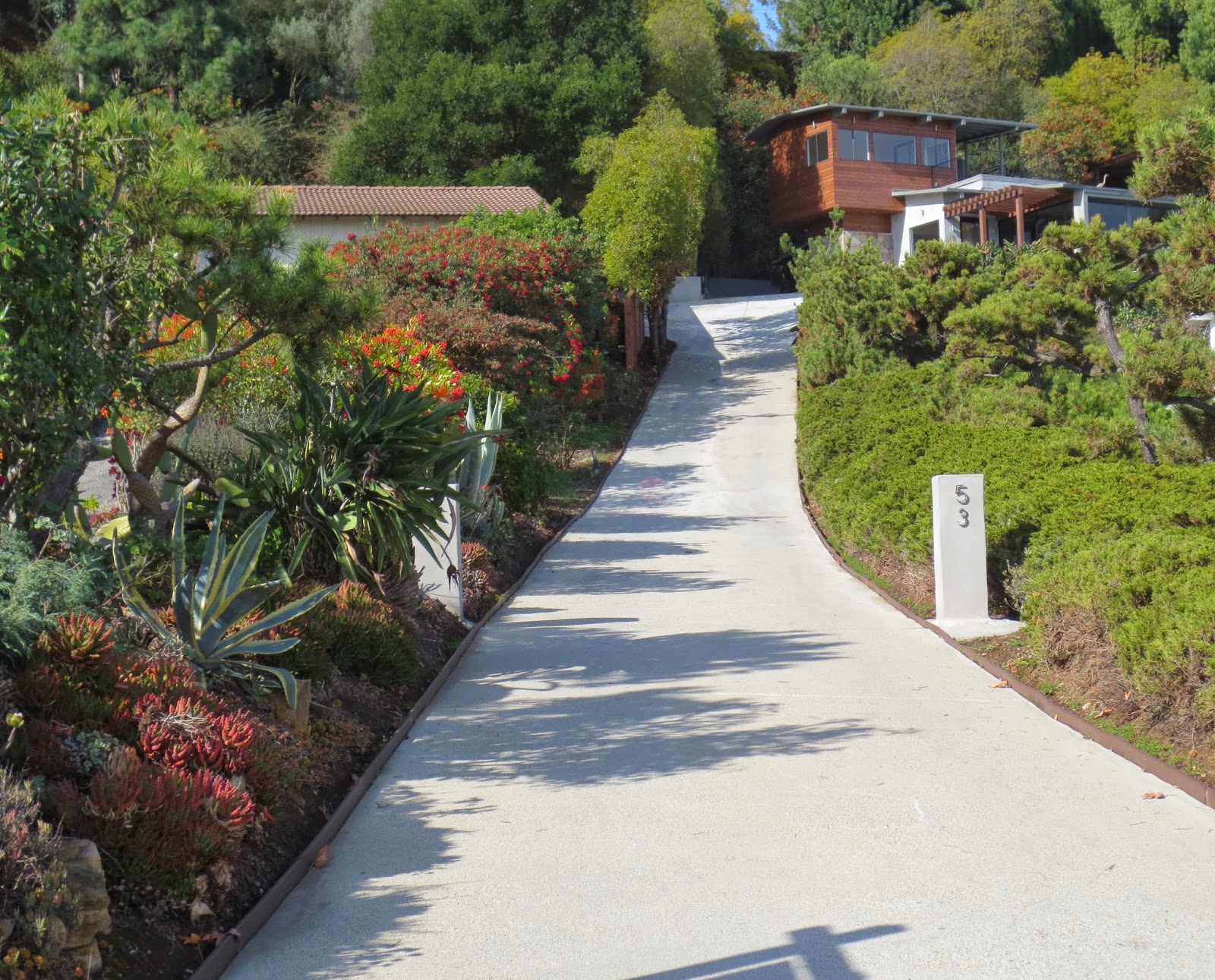 The other house that was for sale at the time of my March post was purchased.  Sadly, the attractive front garden tended by the prior elderly owner has been pulled out and, so far, left nearly bare. 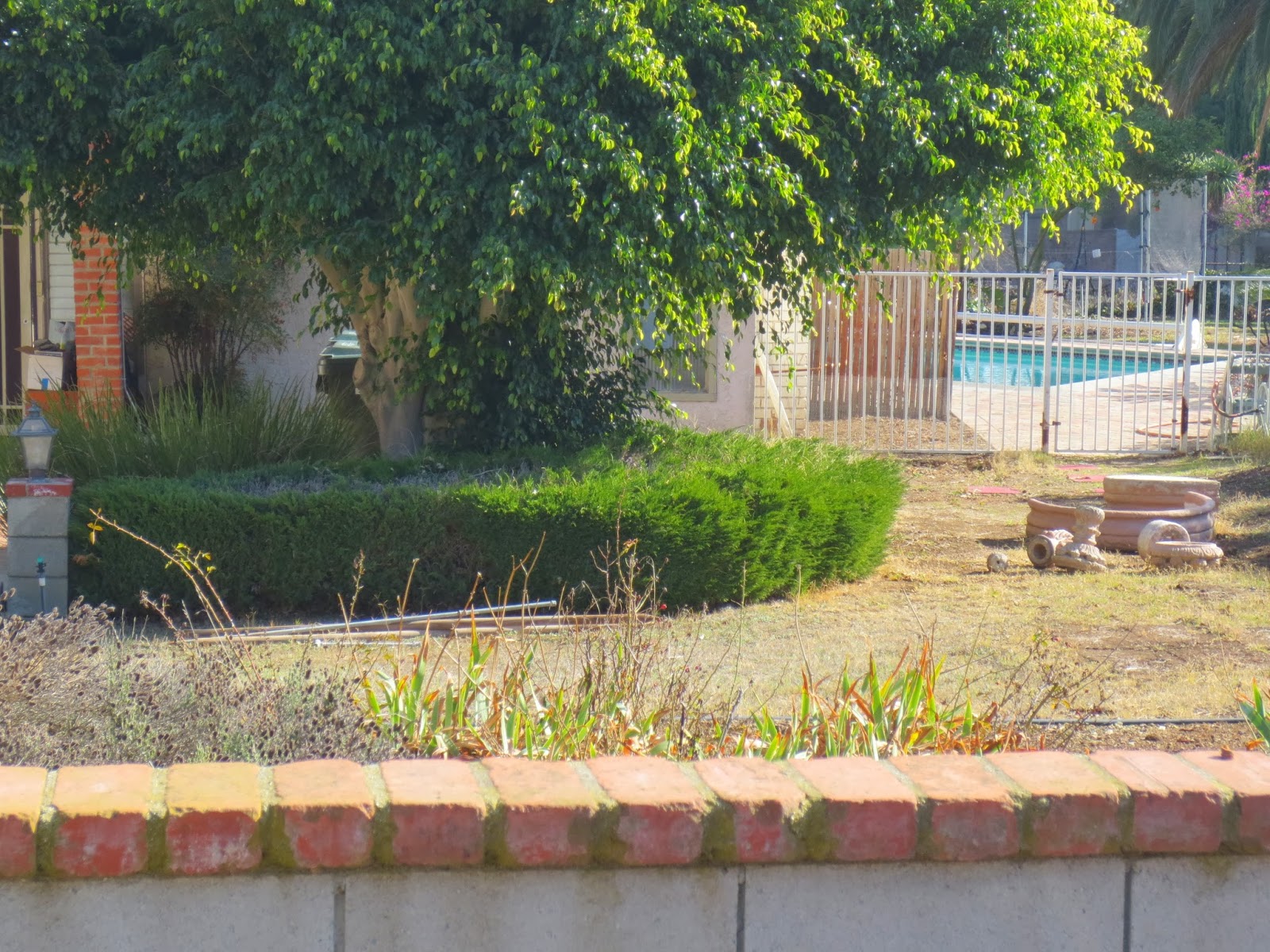 The construction that was in progress at the other end of the neighborhood is still going on and, frankly, I don't see that a lot has changed since March, at least on the outside. 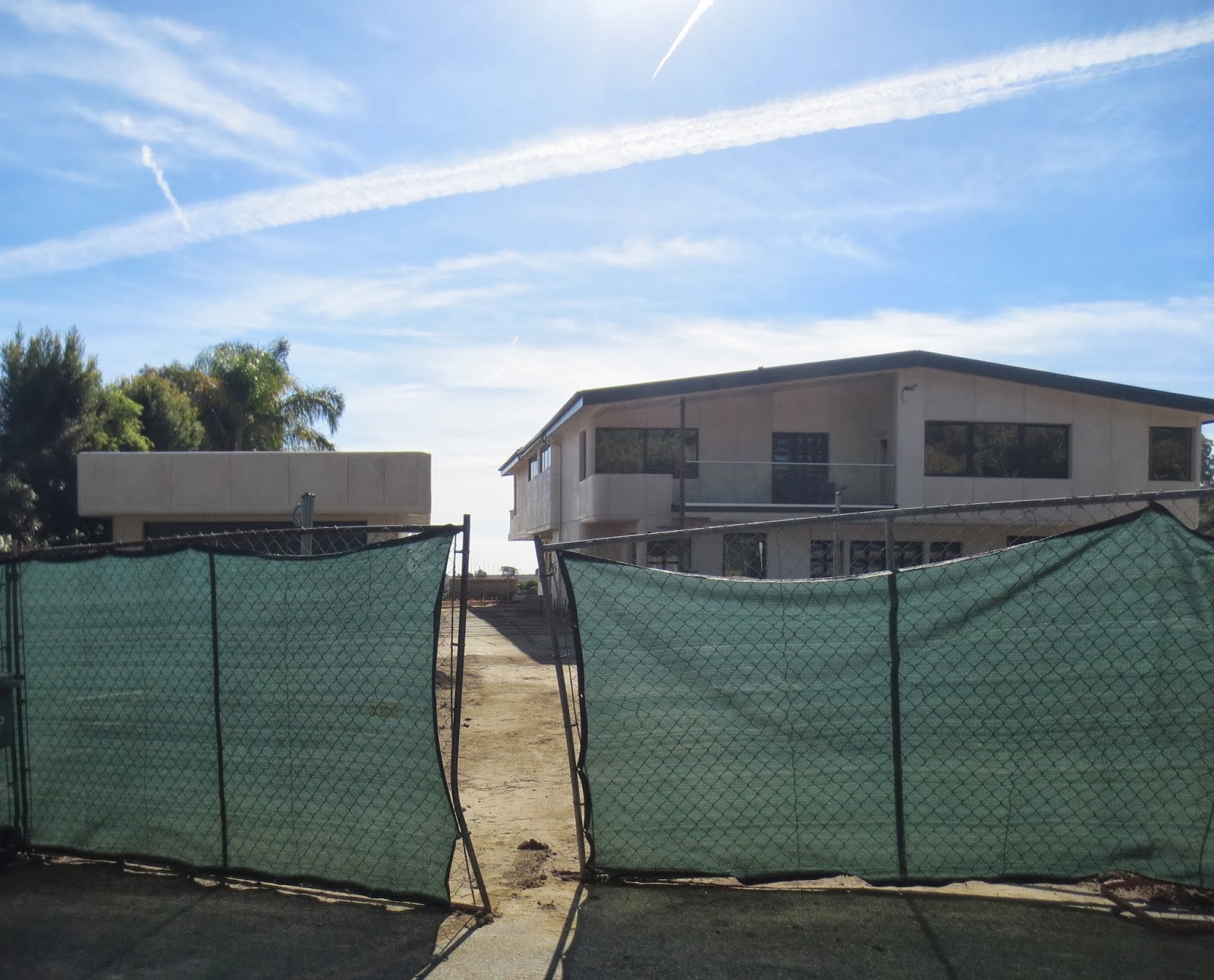 There are also signs of work starting at another house down the block. 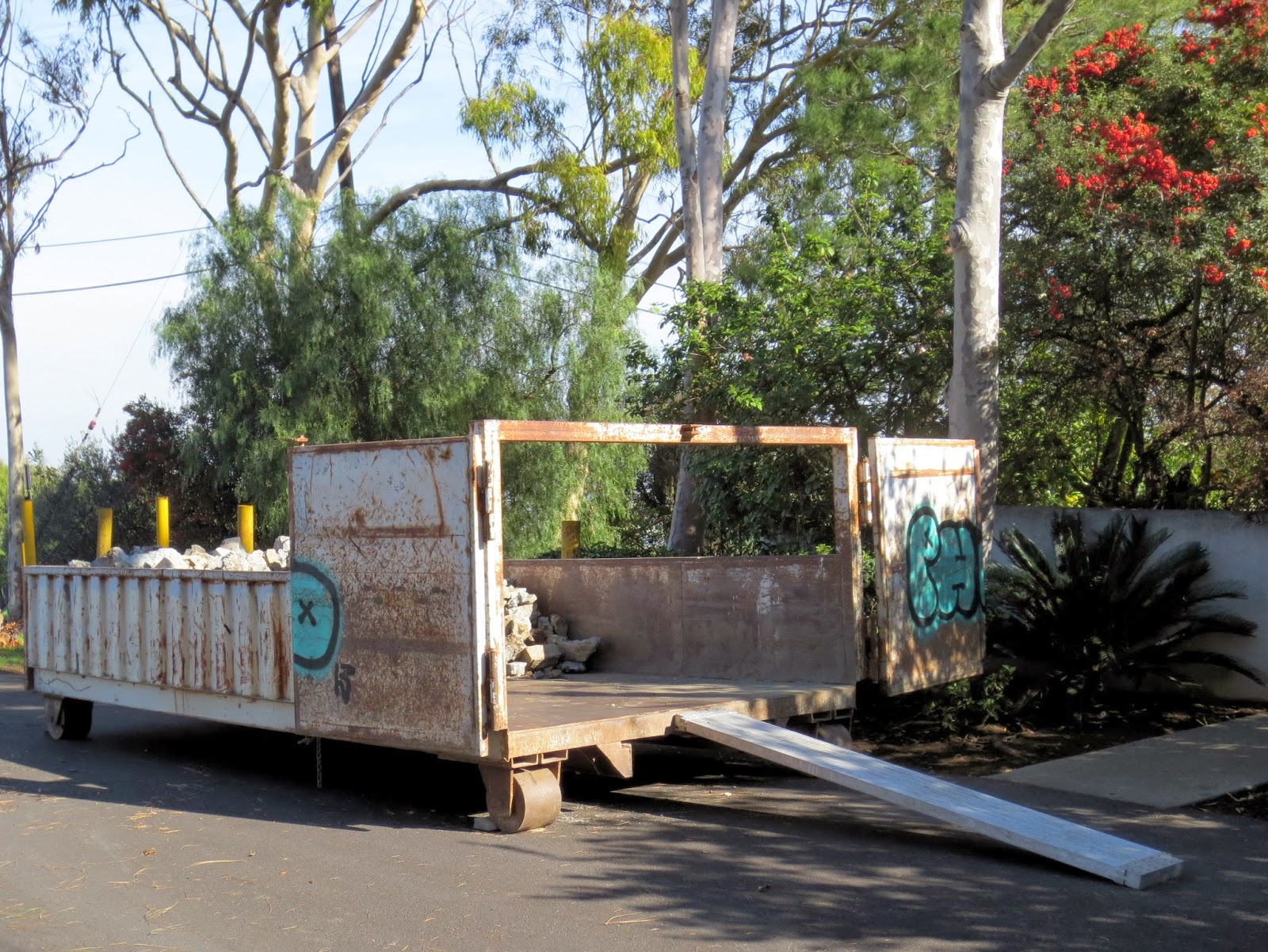 And the empty double lot is still very empty. 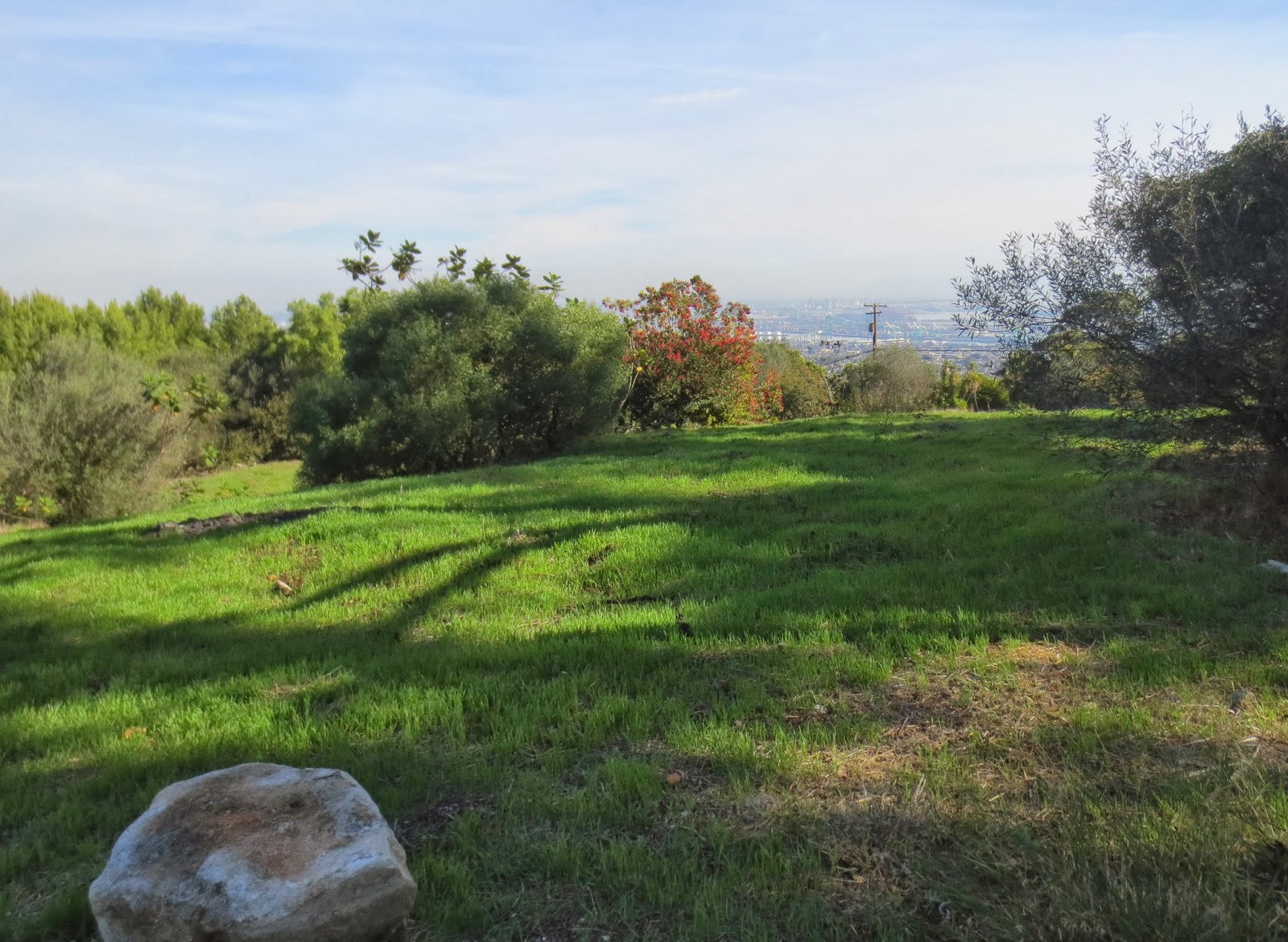 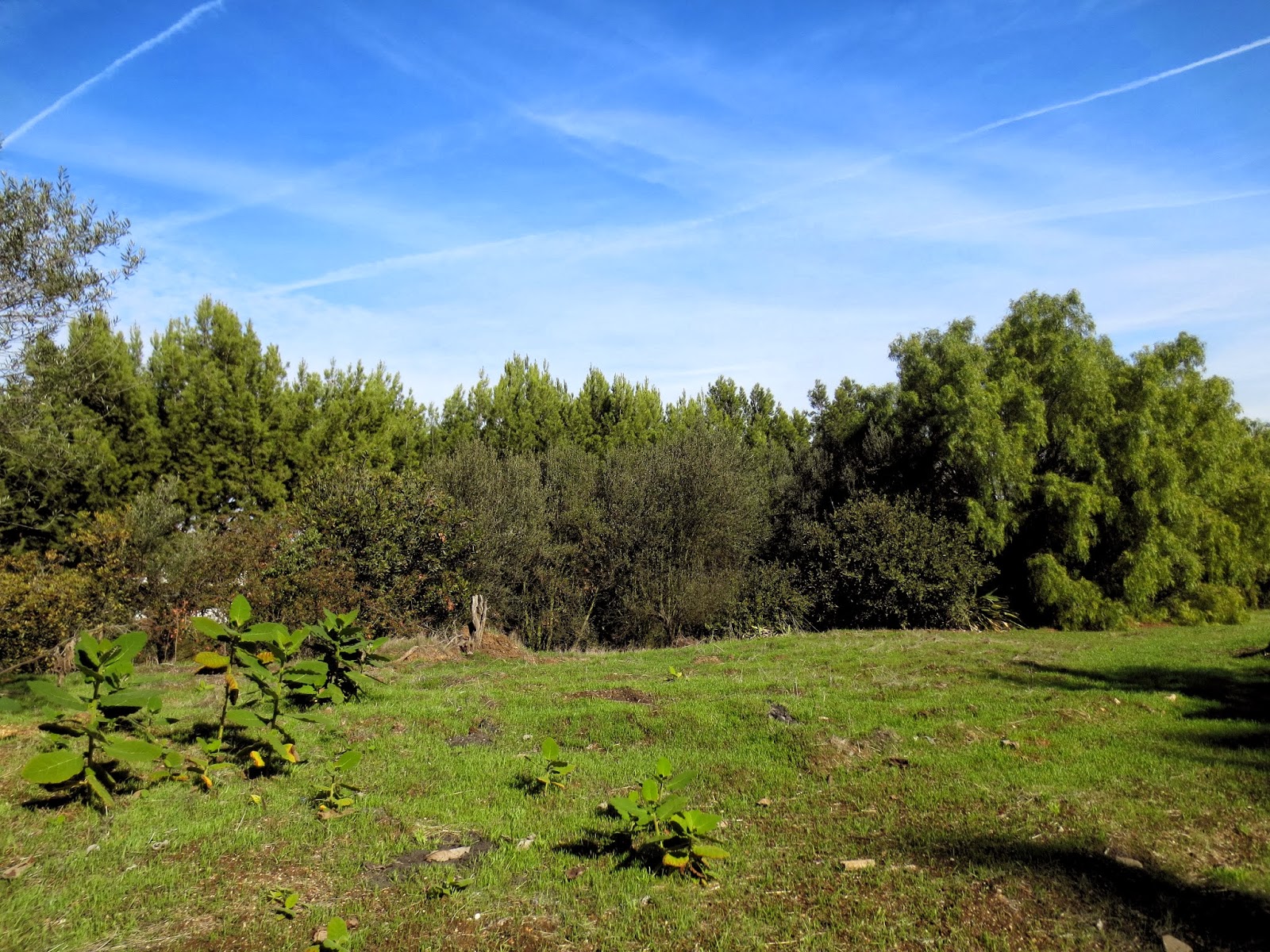 There weren't a lot of holiday decorations up yet. 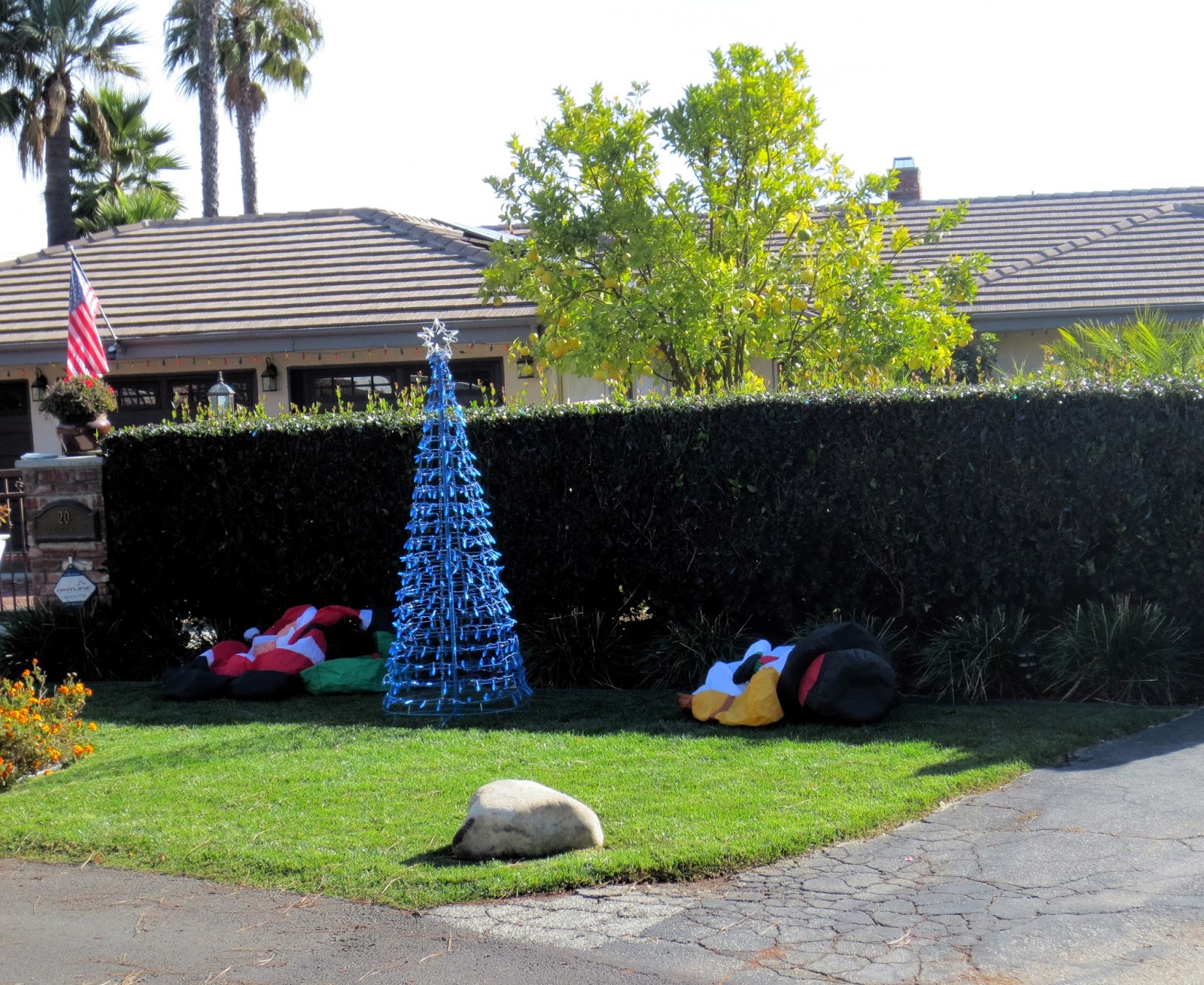 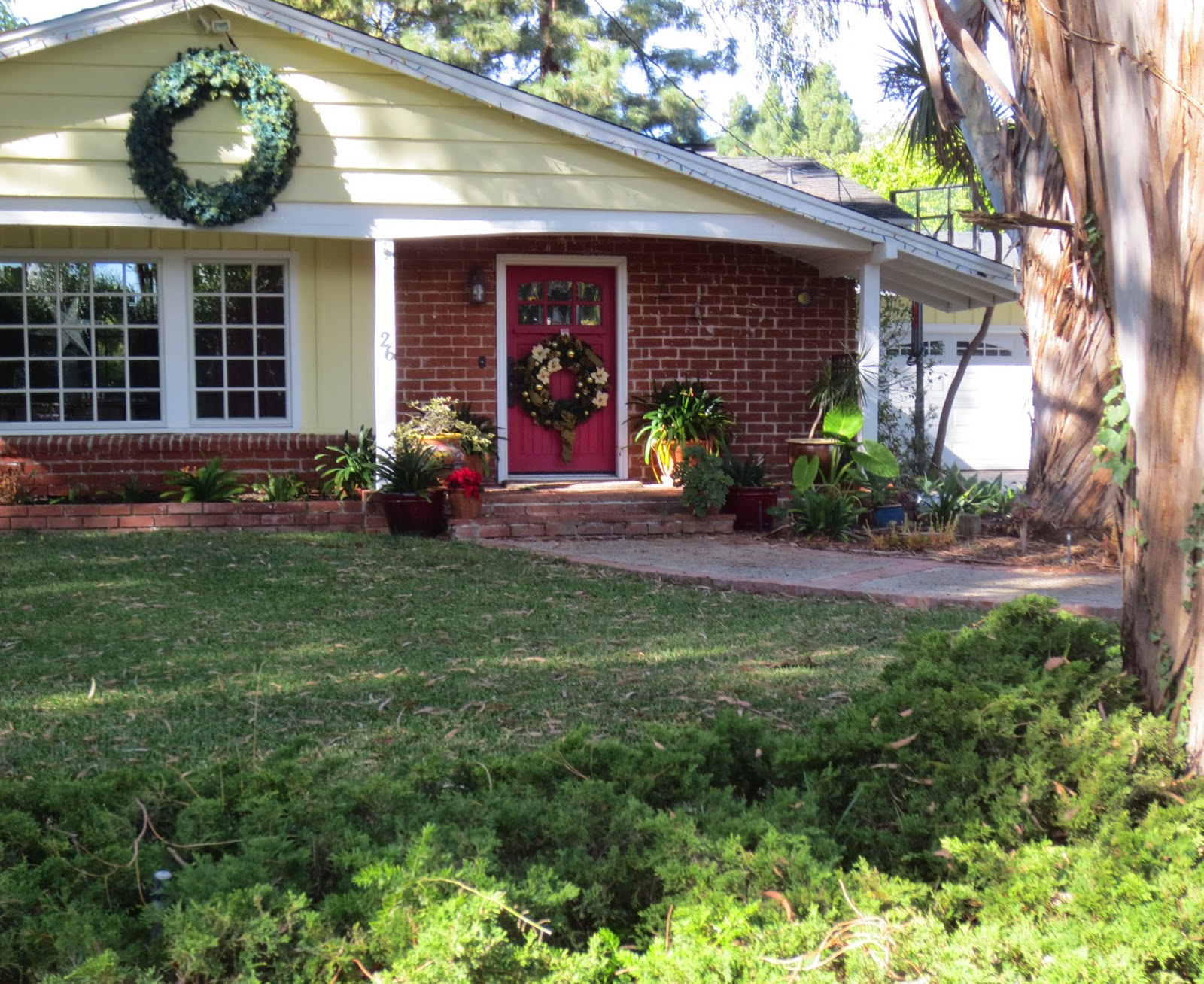 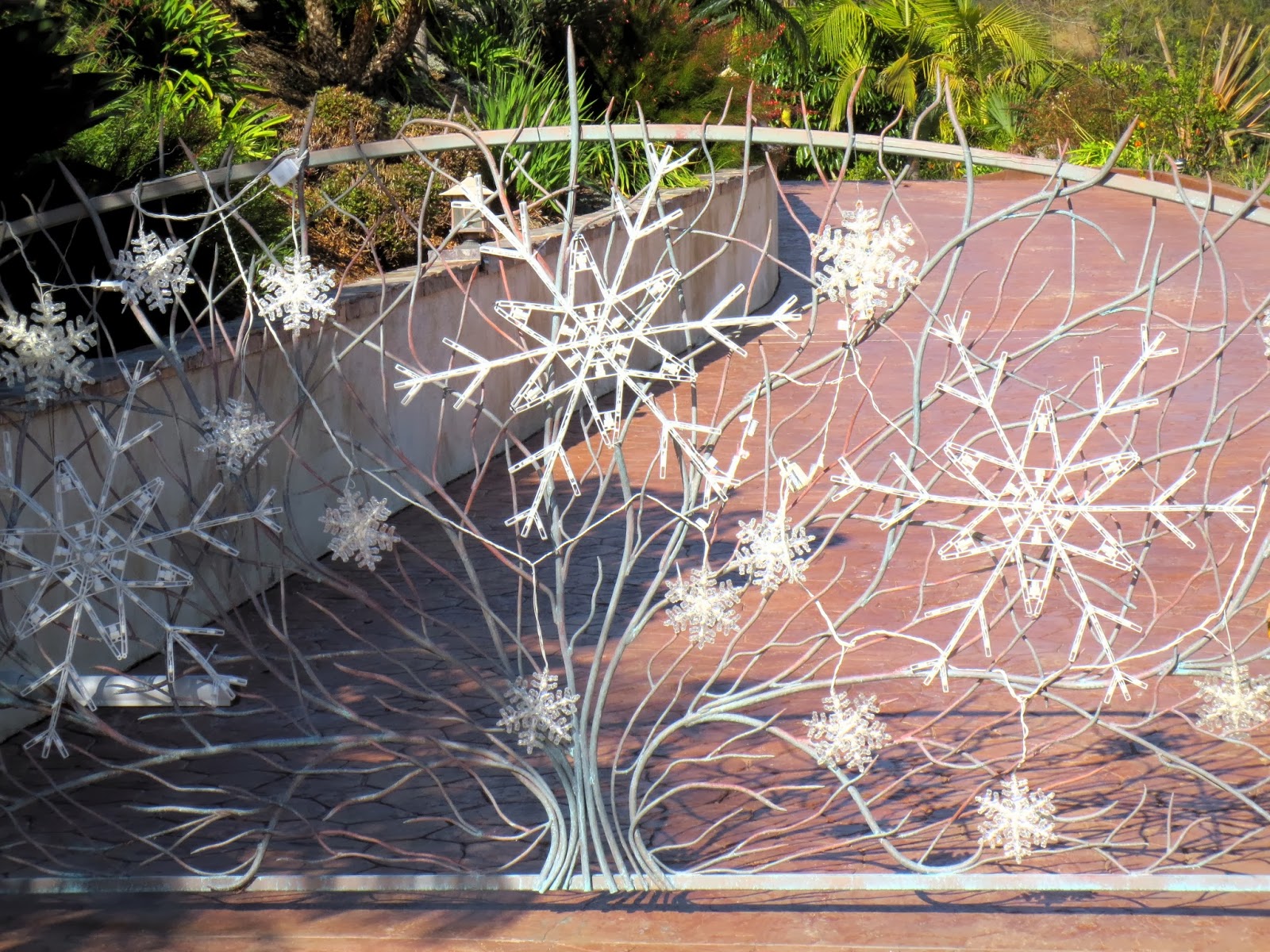 I'll leave you with a picture from the back of my neighbor's house across the street that shows something of the elevation changes in the area. 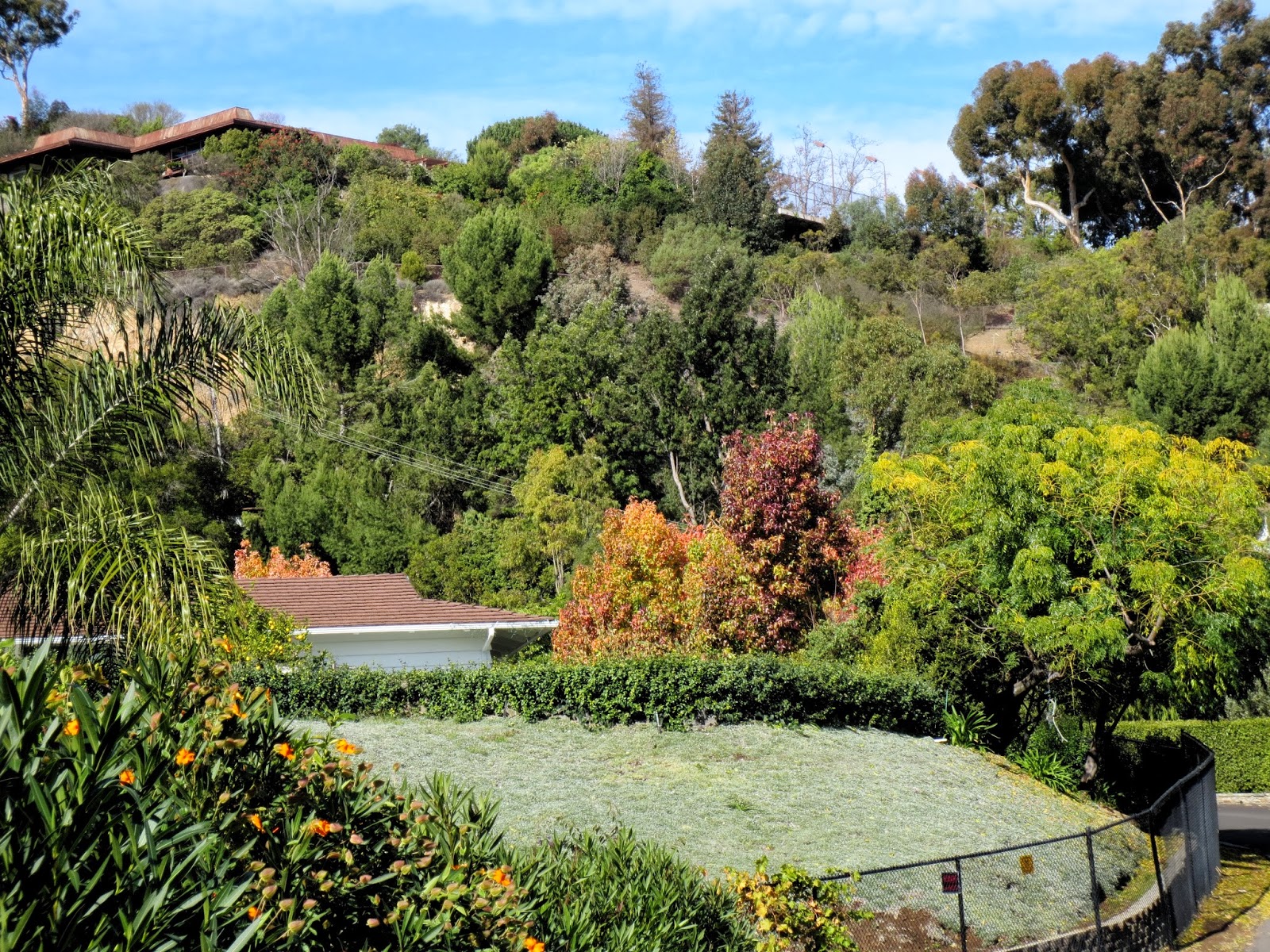