There aren't too many plants in bloom in my garden right now.  The one with the most impressive blooms is a relatively new introduction, Grevillea 'Superb.'  I fell in love with it on a nursery tour with a friend in mid-October but I passed it by as I had no idea whatsoever where I could put it.  It likes full sun and limited water.  The best area for it would have been my dry garden but the sunniest areas there were already taken.  Unable to give it up, I ended up moving a few plants in a smallish bed tucked into a corner of the front yard to create room for it.  I picked one up at Roger's Garden on the way to an appointment in early November.  At this time of year its new bed gets somewhat less than the ideal full day's sun but the exposure should be fine during the longer days of spring and summer.  In its current placement, it's backed by 3 Nandina domestica, which unfortunately don't show it up to its maximum advantage but, for now at least, it has to do. 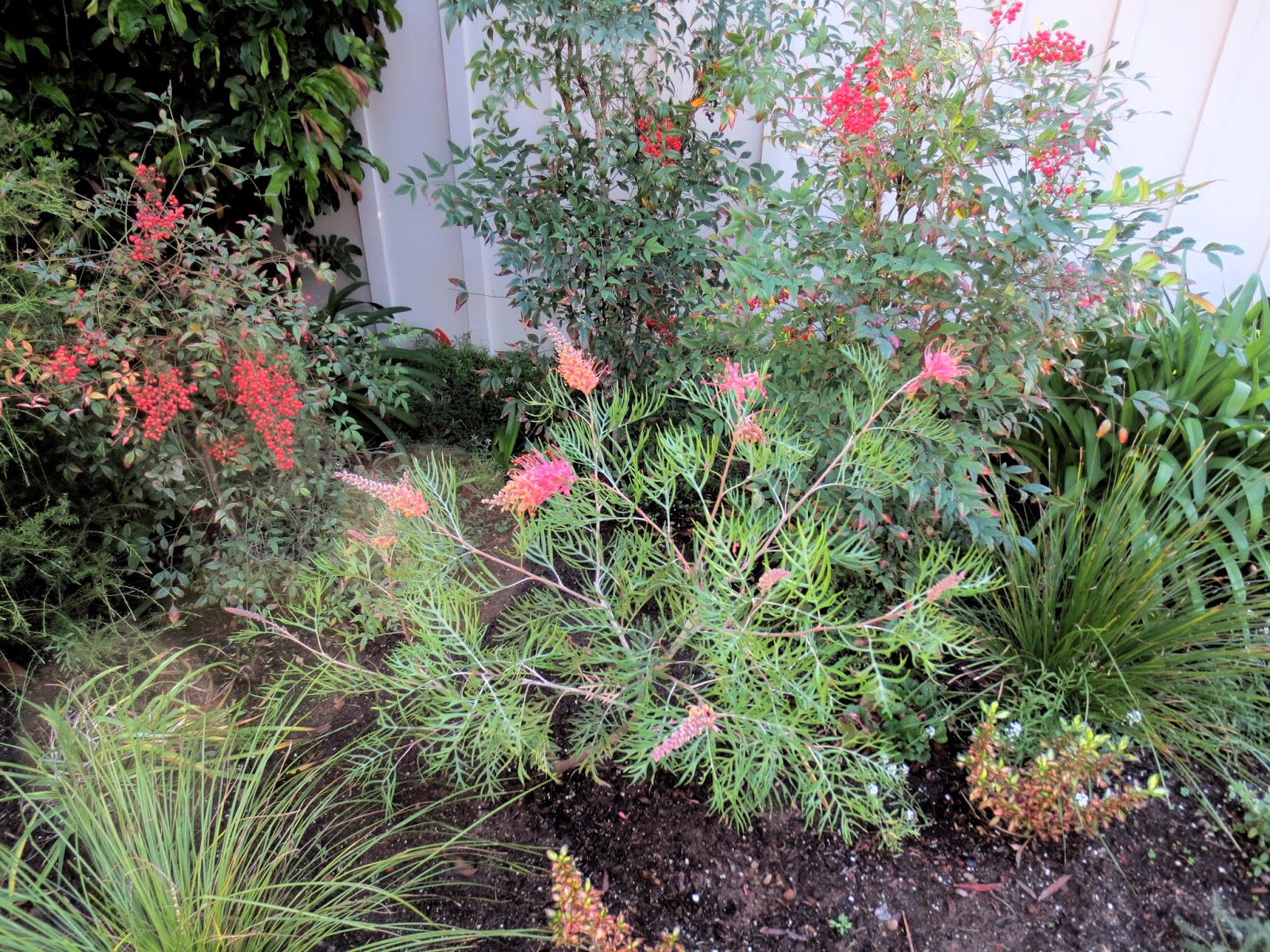 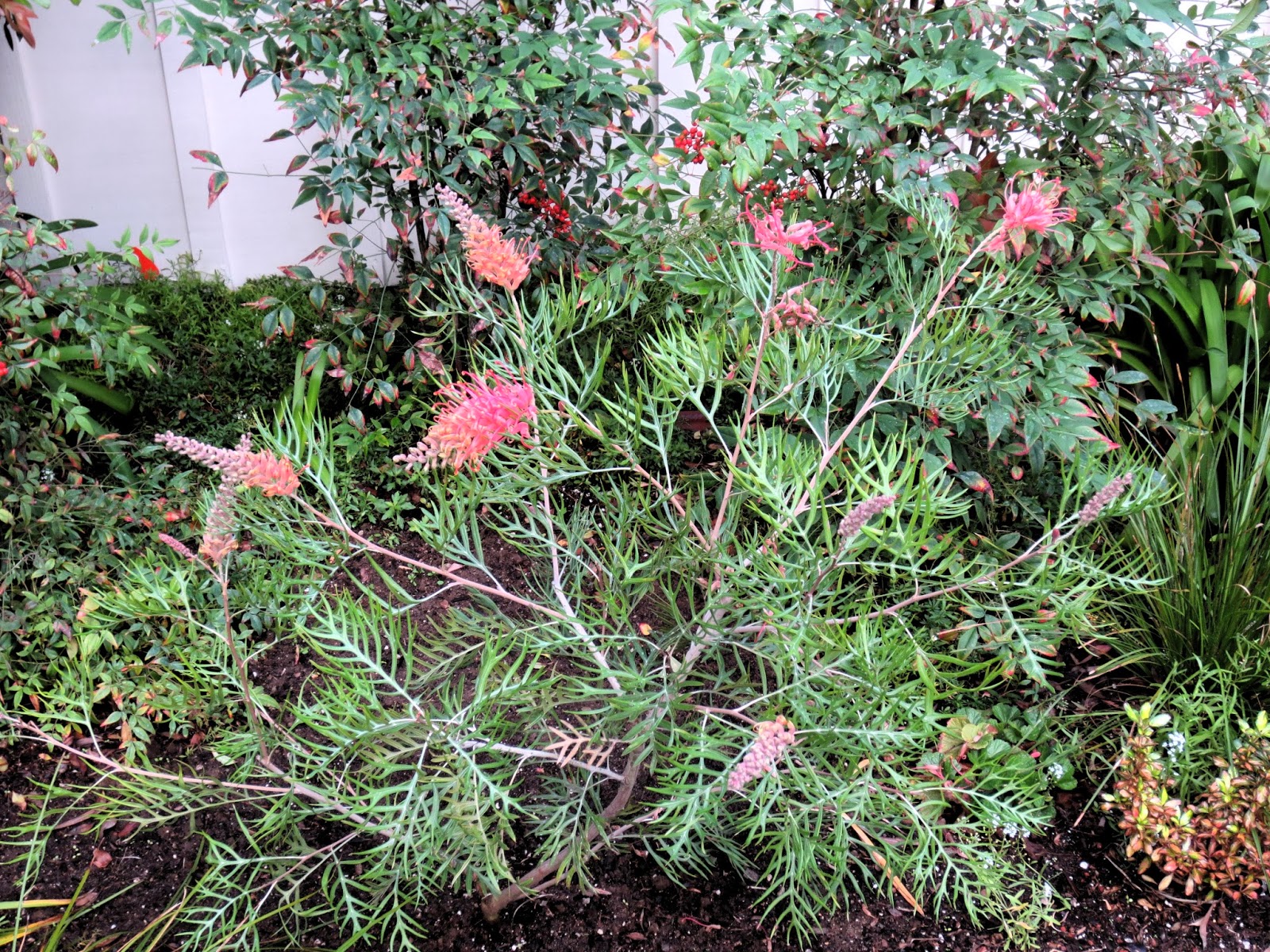 It has been in the ground about a month now and seems happy enough so far.  The shrub itself is attractive but the coral pink blooms are magnificent.


I have 2 other varieties of Grevillea and, although they bloom heavily, the flowers are relatively small.  At maturity, the blooms on G. 'Superb' are about 5 inches long.

Grevillea 'Superb' grows 3-5 feet (1-2 meters) tall and wide.  It hails from eastern Australia and was even featured on a 50 cent Australian stamp in 2003.  In its October 2011 edition, Pacific Horticulture magazine included it as one of the best Grevillea for southern California.  Depending upon what source you refer to, it's described as hardy to 20 or 25F (-4C).  It's drought tolerant and attracts hummingbirds and, reportedly, orioles.

This is my contribution to Loree's favorite plant meme at danger garden.  Please visit her blog to see her favorite this week and link of other gardeners' favorite selections.