Last week I had some difficulty coming up with a favorite plant; however, I think that was mainly due to my general irritation with the fact that the garden was hunkering down under the onslaught of the summer heat that finally arrived with a vengeance.  Until recently, we were enjoying relatively mild summer temperatures.  Compared to other areas hit with monsoonal rain and flash floods, I probably shouldn't complain at all but I'm afraid the unrelenting heat takes a toll on my disposition.

In any case, my only difficulty this week was choosing which plant to feature.  I settled on Cordyline 'Renegade.'  This plant appeared in an earlier blog post (which you can view here), when I picked up 2 of them to fill pots on the front porch of my mother-in-law's former home when we were readying the house for sale.  With the sale completed in record time, we brought the 2 pots home.   They now sit at the front of our house. 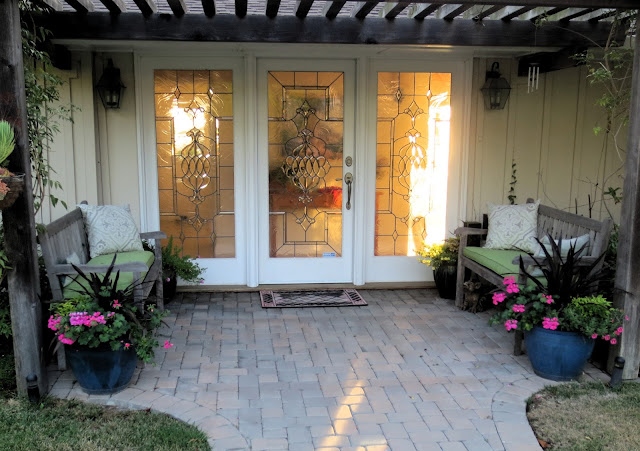 The pots may get moved again but the plants are keepers.  Each pot contains a Pelargonium peltatum 'Pink Blizzard,' Calbracohoa, and Alternanthera but Cordyline 'Renegade' is clearly the star of the composition. 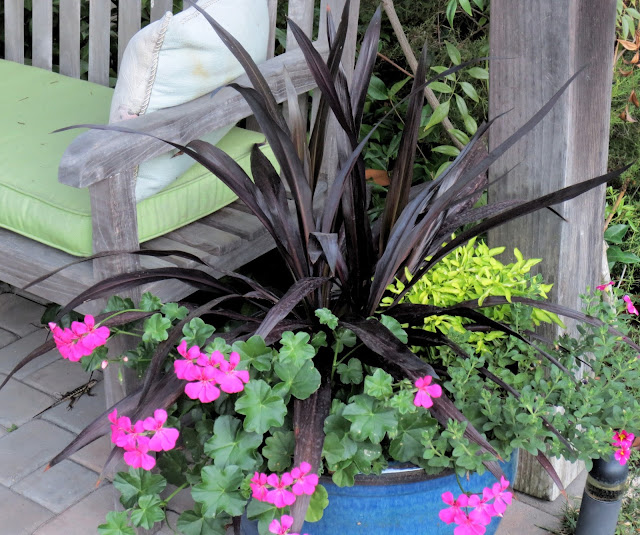 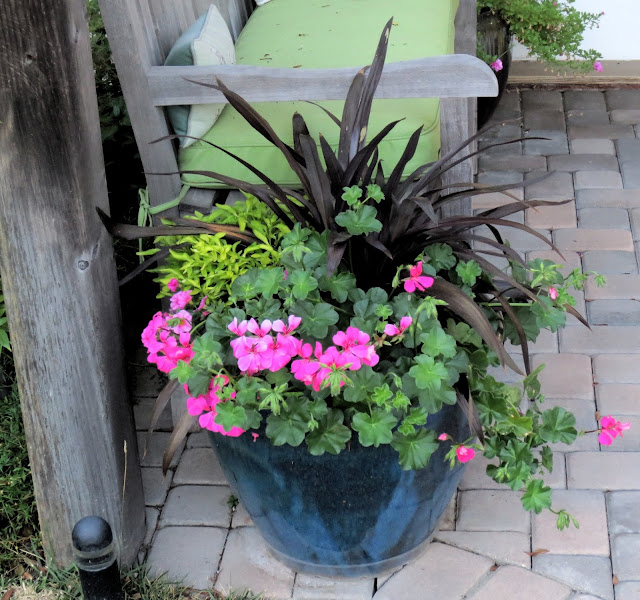 'Renegade' is a clumping Cordyline with purplish, almost black foliage. 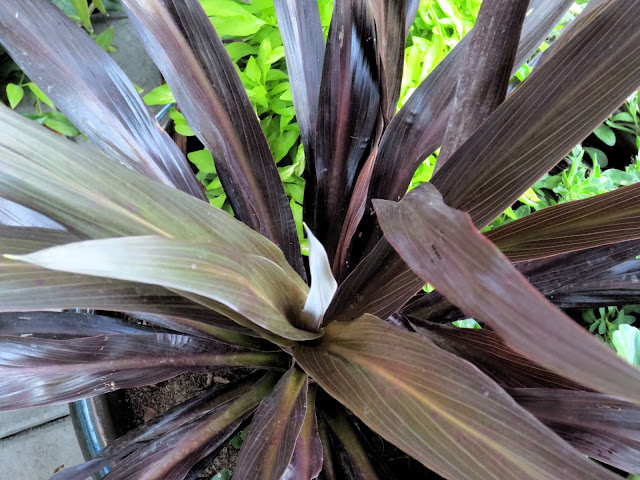 According to internet sources, it's the offspring of C. australis and C. banksii.  Bred in New Zealand, it's said to be hardy in USDA zones 8-11.  It should reach 2-3 feet tall and wide at maturity.   It needs full to partial sun and a moderate amount of water.  Apparently, it even produces fragrant lavender blooms in winter, although I was unable to find a photo of it in bloom anywhere.

The Cordyline is my contribution to Loree's favorite plants round-up at danger garden.  You can see Loree's current favorite (also a Cordyline!) here, as well as find links to other favorite plant posts.

Before I close, I do have a runner-up to share this week.  It's Hibiscus acetosella 'Mahogany Splendor,' which is just now coming into bloom in my garden. 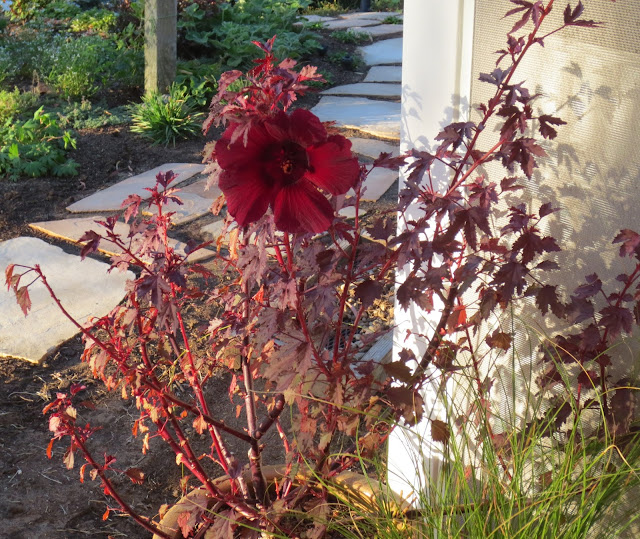 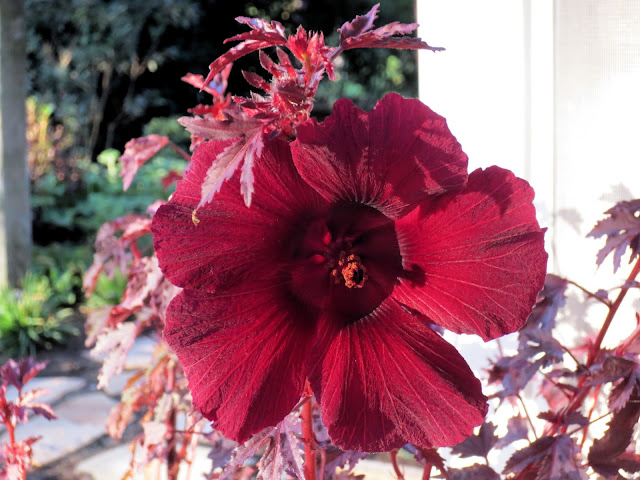 The buds blend in so well with the plant foliage that I didn't realize it was coming into bloom until an open flower confronted me early one morning this week.  It's pretty, isn't it?

Posted by Kris Peterson at 4:22 PM