I broke a promise to myself (again)

Every year, I tell myself that I'm not going to plant anything new from July through September.  These are usually our hottest, driest months and, no matter how attentive I am to my watering regimens, plants put in during these months have a reduced chance of survival.  I've learned my lesson in this regard over and over again.  It's rather like throwing money away.  Yet, year after year, I rationalize my way through summer purchases.  And I've done it again this year.

My husband and I have been working at tearing out a large section of lawn in our side yard and building an extension of our flagstone pathway.  While I don't intend to plant most of the area until October, I wasn't able to stop myself from fiddling with plantings along the pathway area.

It started with the addition of a Geranium 'Tiny Monster.'  I've been very pleased with this plant, even featuring it as my "favorite of the week" a few weeks back (as you can see here).  Well, I stopped by a local garden center/florist just to see if they had anything interesting and I found 'Tiny Monster' in stock at a very good price.  I put one in near the new pathway at the start of our current heat wave and it handled the heat without difficulty. 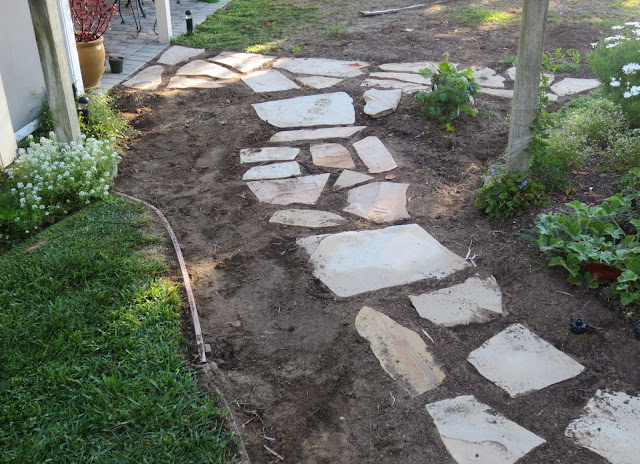 So, I went back and picked up 2 more 'Tiny Monsters.'  Then I relocated 3 Briza media, a low-growing ornamental grass, from what was the front of my old (now expanded) border to fill in along the pathway.  The Pelargonium tomentosum (aka peppermint geranium) I'd introduced in the adjacent bed was doing well and I'd rooted some cuttings so I added some of that to replace a mostly dead Heuchera 'Melting Fire.'  You can see how this kind of thing takes hold, can't you?  Soon, I had this. 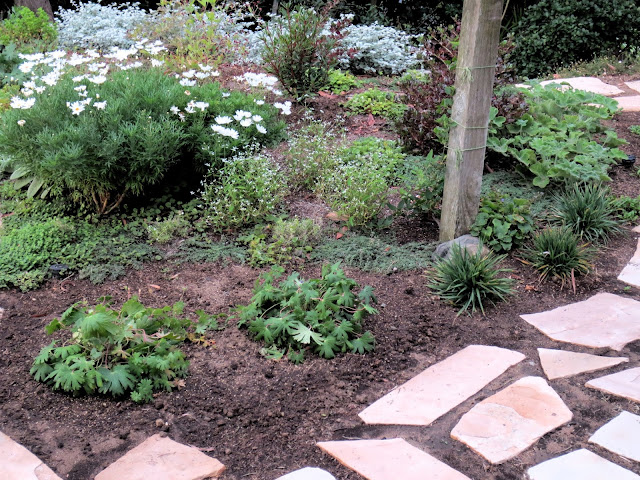 So, one side of the pathway was coming to life, while the other side was loose dirt.  It wasn't balanced.  Then, Annie's Annuals & Perennials announced a sale.  As that's where I originally got the Briza media, I thought it would be smart to order more for the empty side of the path while it was still in stock.  That's just prudent, isn't it?  While I waited for my mail order delivery, I decided that some Mexican feather grass (Stipa tenuissima) would look nice in the corner and I happened to find some in 4 inch pots at a nearby nursery.  That same nursery had a a nice, healthy flat of thyme, which I'd already been planning to use between the flagstones so I picked that up too.  Somewhere along the line I also found some 6-packs of Ajuga 'Mint Chip," which seemed perfect to fill in around stones .

Here's the result.  (I still need another flat of thyme.) 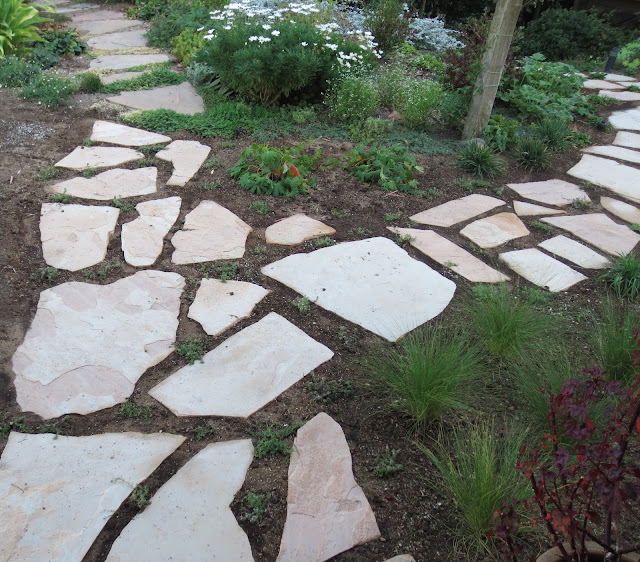 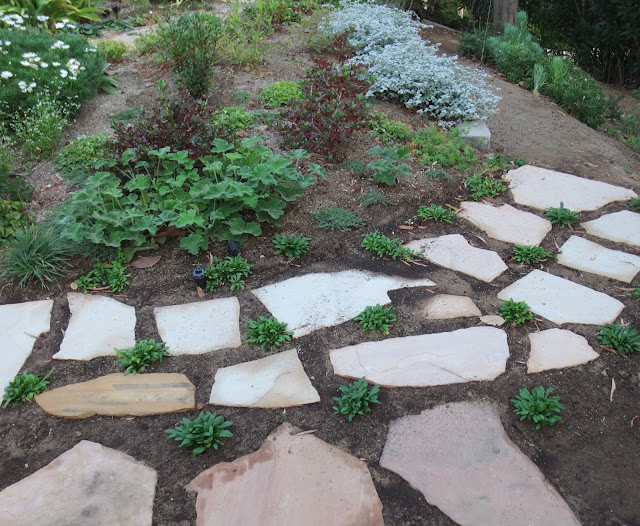