My favorite plant this week is a subtle player in the garden.  She stands demurely in the middle of my backyard border, always beautiful but never shouting for attention.  She is Prostanthera ovalifolia 'Variegata' (also known as Mint Bush).   According to my records, she's occupied a spot in my garden for one year as of today so it seemed only fitting to celebrate her anniversary.


This evergreen shrub is said to handle full sun to partial shade conditions.  In my garden, she gets some shade during the hottest part of the day but receives sun in both the morning and late afternoon. The foliage is aromatic but the scent isn't heavy or cloying.

She bears purplish pink flowers in the spring.  Mine bloomed back in April but only near the base. 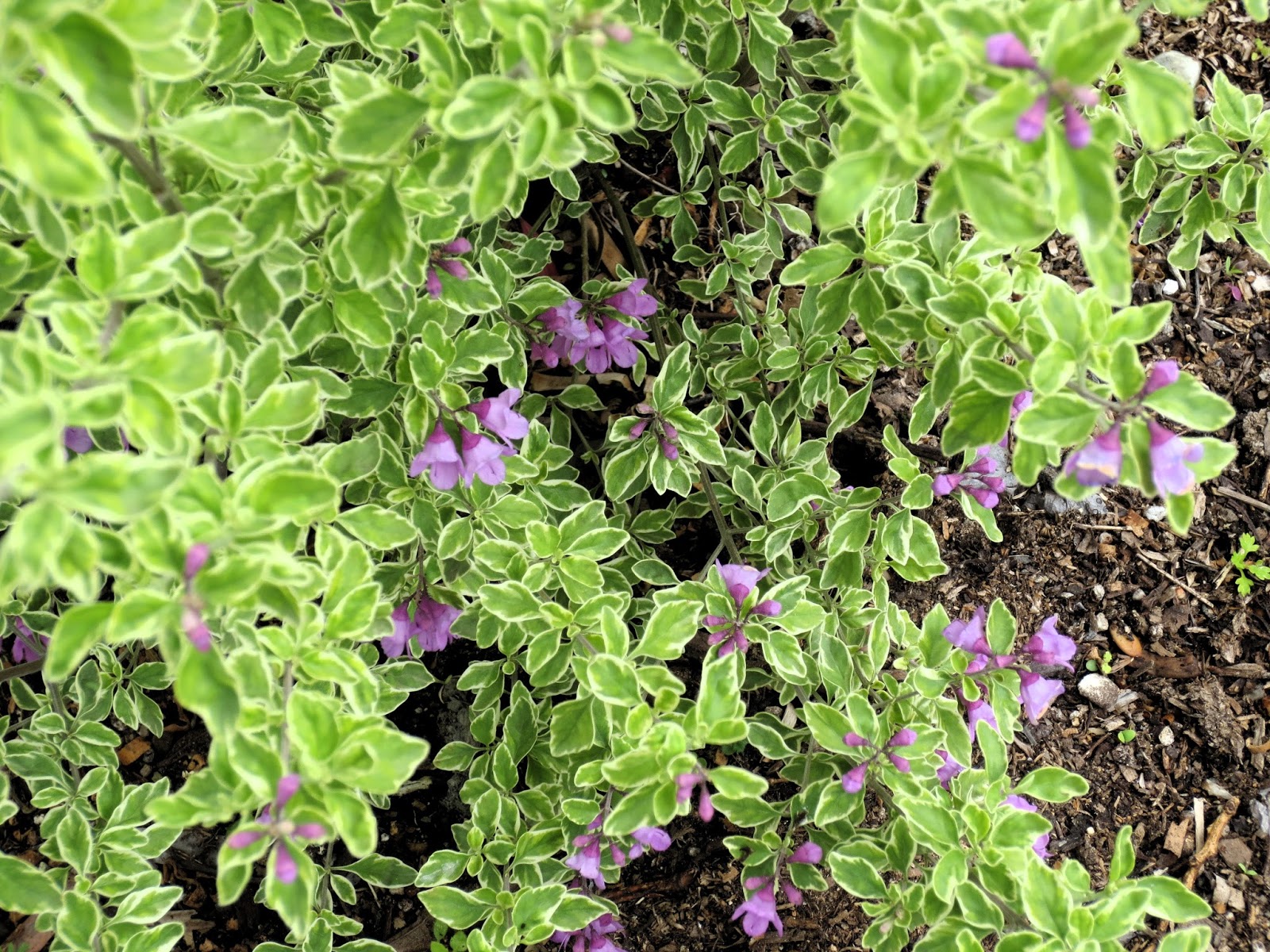 I'd like to add more to the garden but I'm still looking for the right placement.  This shrub would look wonderful in front of a plant with dark green foliage.

Prostanthera ovalifolia 'Variegata' is hardy in USDA zones 9a-11 (Sunset zones 14-17 and 19-24). The Australian Native Plants Nursery says that it will tolerate heavy frosts.  It can wilt if it gets too dry but is said to recover well when irrigated.  Despite a significant number of plant losses to the drought and near-drought conditions in my garden, I've never yet had a problem with this plant.  Predictions as to its height and girth appear to vary widely but the tag that came with my plant says she'll get up to 4 feet tall and 3-4 feet wide.

This is my contribution to Loree's collection of favorite plant nominations this week at danger garden.  You can find Loree's favorite and links to other gardeners' selections here.  Thanks for giving Prostanthera ovalifolia 'Variegata' an opportunity to strut her stuff, Loree!
Posted by Kris Peterson at 11:44 AM