As spring transitions into summer: Another spin through South Coast Botanic Garden

A friend and I took a spin through South Coast Botanic Garden this week.  With summer heat expected to move into the area soon, I suspect I may not be making more trips there until fall.  Frankly, the garden already wasn't looking as spiffy as it did back in April, although some areas were tidier than others.  I'll start with my favorite views.

Jacaranda trees are in bloom throughout the area but it's easier to photograph the trees at the botanic garden than it is to pull the car to the side of the road as I head down the hill into town. 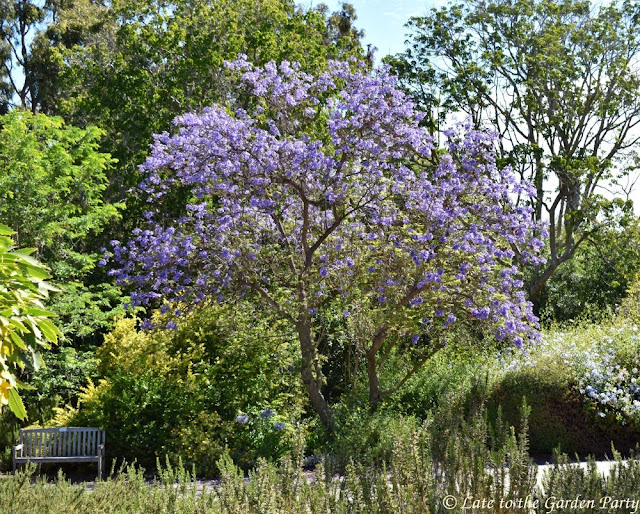 I was also drawn to what I think of as the lavender field, located in the grass garden area. 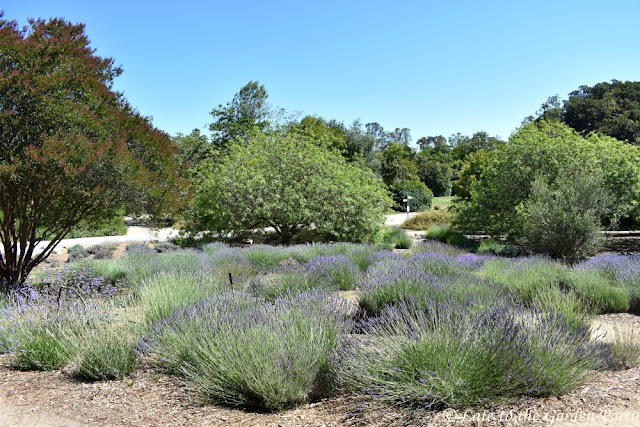 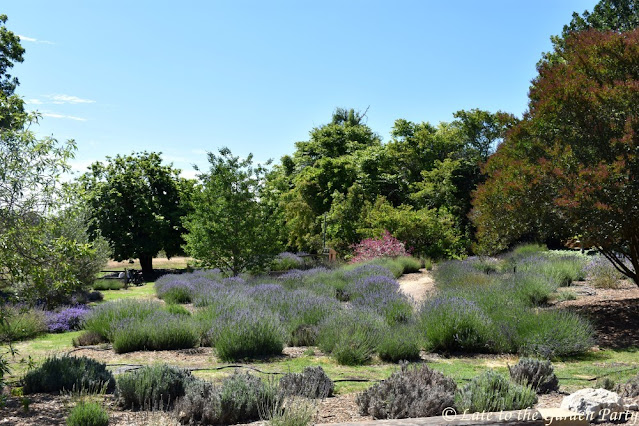 There are all sorts of critters in the garden - including birds, lizards, and squirrels - but the sheer number of rabbits we saw was a surprise.  We seemed to come across one or more at every turn. 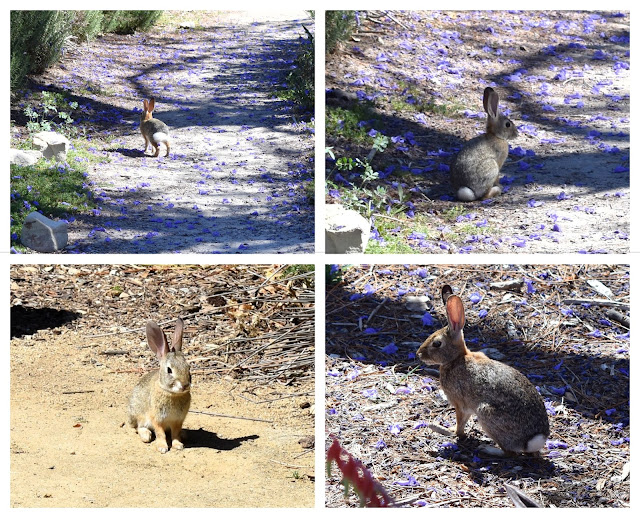 The Desert Garden was looking pretty scruffy but some plants still stood out.

There were some interesting succulents outside the Desert Garden as well.

Toward the end of our rounds we stopped in the shade of the Banyan Grove, one of my favorite areas of the garden, partly because it's always at least ten degrees cooler than the rest of the garden.  Although the late morning temperature was fairly pleasant the day of our walk-through, we nonetheless appreciated the area's cool shade.

As we headed toward the rose garden, we passed the Mediterranean Garden.

The sun was exceptionally bright and the few photos I took in the rose garden were badly washed out but I'll offer an assortment of other random photos taken in spots throughout the garden that stood up better under the harsh light conditions.


That's it from me this week.  Enjoy your weekend!