The draw of orchids

If you've viewed more than two of my posts, you probably know that I like flowers.  That said, I've never been strongly drawn to orchids, although I have a half dozen.  However, now that I have my own lath (shade) house, I thought it would be a good opportunity to expand that collection a bit so, when my local botanic garden advertised an orchid show and sale last weekend, I popped in to see what was available.

I've attended this annual show a few times before.  This year's event struck me as smaller in scale on both the show and sale fronts but of course I took some photos.  Everything in the show area was tagged but that doesn't mean it was simple to identify individual plants.  Orchid growers use their own kind of shorthand to distinguish genera and there are a LOT of those.  Orchids comprise the largest family of flowering plants on earth and there are some 30,000 genera and 200,000 hybrids.  I might know enough to distinguish a Cattleya from an Oncidium but classifications that combine two or more genera make my eyes cross.

In addition to the individual plants vying for awards, there were several display tables put together by vendors. 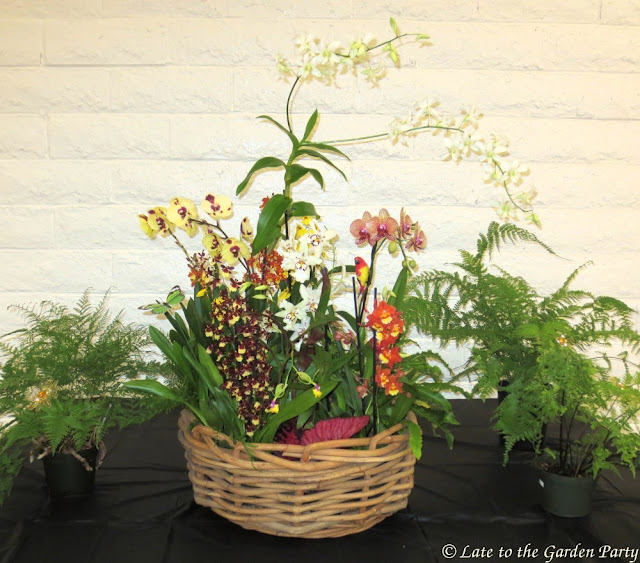 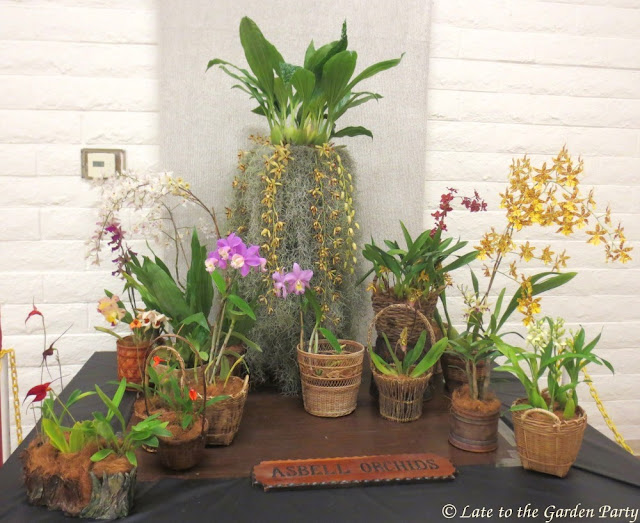 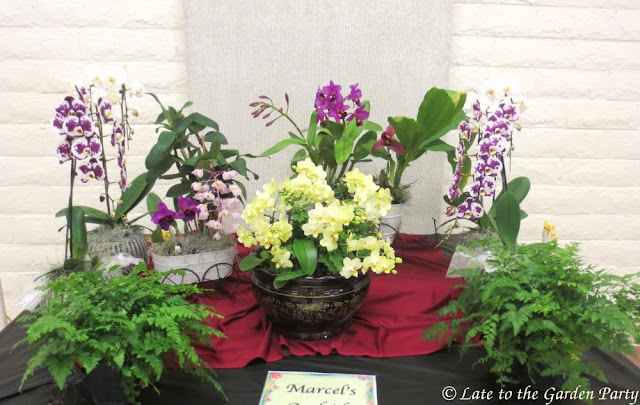 Many people look at their exotic blooms and assume that orchids are fussbudgets but many aren't much trouble, at least as long as you water them regularly, feed them periodically, and don't allow them to burn to a crisp in full sun.  Most prefer humid environments, which is probably the biggest sticking point for people who try to keep them happy indoors but, lucky for me, my small lath house provides both the air circulation these plants need and the heightened humidity level they want.

I brought home just two plants.  Even at a sale like this, the plants aren't cheap.  The cost for a plant large enough to produce blooms is roughly equivalent to the cost of a bromeliad.


Like bromeliads, orchids prefer tight spaces so the pots are often on the small side, which means it's easy to squeeze them into even a small lath house like mine.  In the long run in my climate I may get more out of growing orchids than some of the other shade plants I covet like fuchsias, which I'm still struggling to placate.  Which plants will earn permanent space in my lath house is still an open question but, if that includes orchids, don't count on me to get their names right.