Today's post covers the last 2 of the 6 private gardens participants in the Capital Region Garden Bloggers' Fling toured on the second day of the event back in June.  Both were large wooded parcels, which were a treat for me to tour.  You don't see many heavily wooded properties in coastal Southern California!

The first was the garden of Ellen Ash, a 5 acre property in Great Falls, Virginia.  I heard that Ellen is a transplanted New Yorker and a self-educated gardener who does most of the work on her large lot herself.  As I struggle to manage my half-acre garden, I was impressed by that.

The very first thing that drew my attention when I climbed off the bus were these Alliums, which I hadn't expected to see with fresh blooms in late June.

I walked through a moongate into the woodland area.


Ellen confesses to being a collector and she had lots of art pieces and whimsical items scattered throughout her garden, of which I'll share just a few.

There was also a huge pool and spa.

The next garden was just a short bus ride away in Tyson's Corner, Virginia.  Peg Bier has gardened on this 2.5 acre property since 1959.  She's well known locally as a long-time employee of Merrifield's Garden Center (which we visited the following day) and was a featured plant expert on "Merrifield's Gardening Advisor," a live television show that ran for 25 years in the Virginia area, concluding in 2015.  (You can find YouTube videos of the shows here.)  Her garden was utterly lacking in pretension, the kind of place I'd have loved to sit down and just enjoy.  But our schedule didn't allow that and, to make matters worse, my camera's back-up battery died mid-visit, forcing me to resort to my phone's wonky camera.  My photos don't do the garden justice.

Here are some shots of Peg's woodland area. 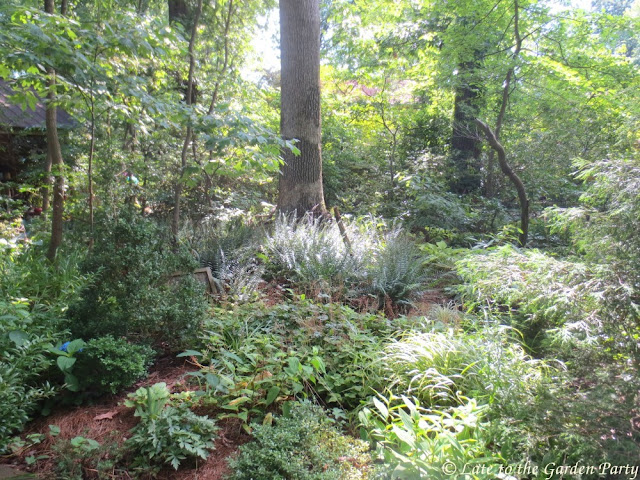 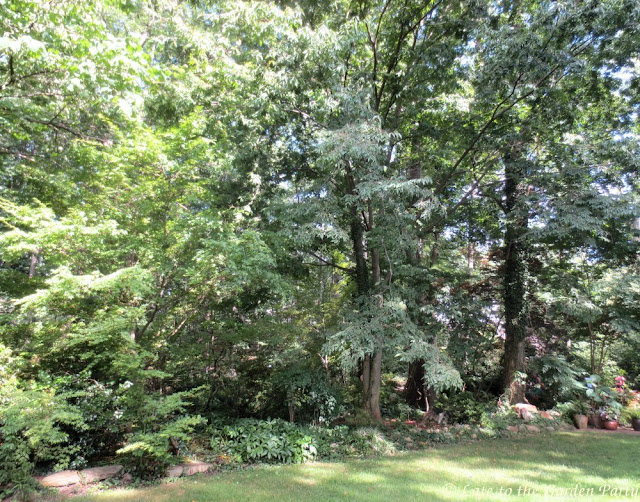 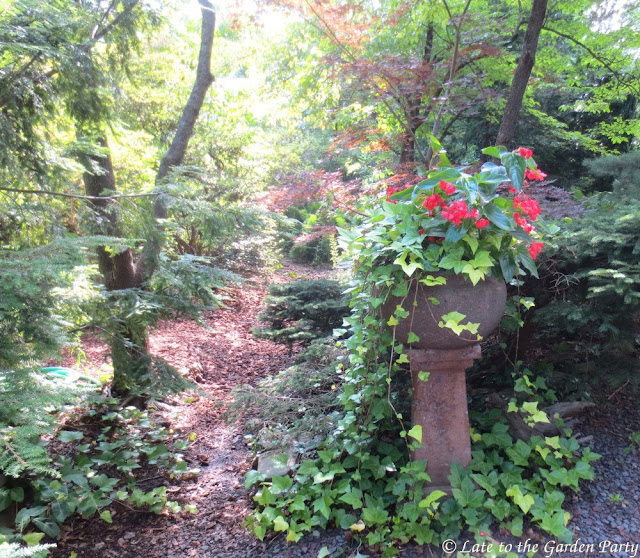 Had there been time to sit, there were plenty of comfortable seating areas. 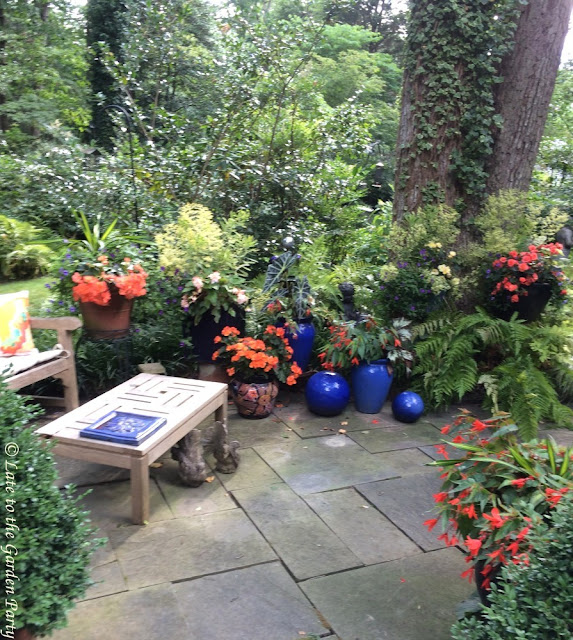 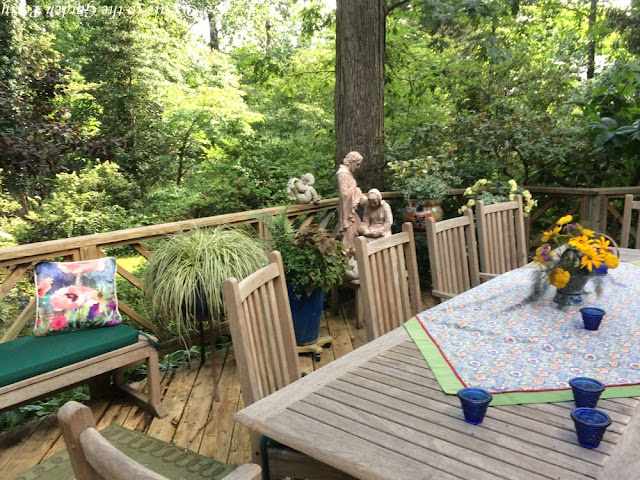 There were lots of wonderful little touches too.


We're nearing the end of my Fling coverage, the remainder of which I'll cover in one or 2 posts sometime later this month.  In the meantime, best wishes for for a cool and comfortable, and hopefully fire and smoke free, weekend.