This Friday, I'm taking you back east to the first stop on day one of the Capital Region Garden Bloggers' Fling, Hillwood in Washington DC.  This 25-acre estate was owned and developed by Marjorie Merriweather Post and opened to the public following her death in 1973.  While we had over an hour at this location, that timetable included both a group photo (which you can find on the Fling's Facebook page here) and lunch so there was no time for dilly-dallying in any one area.

The bloggers assembled at the back of the mansion facing what is known as the Lunar Lawn due to its crescent shape so I'll start there.


Following the group photo, I headed out beyond the lawn area to the Japanese-style Garden.  Although every single area of the estate was meticulously manicured and maintained, I was most impressed by this area, where layers of foliage rather than flowers created drama. 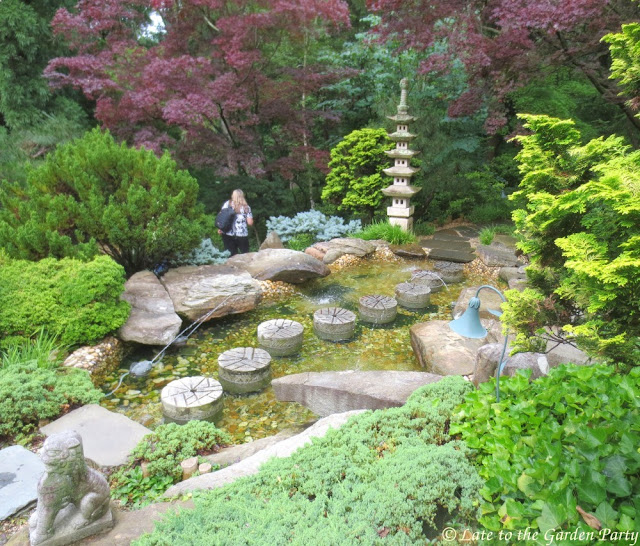 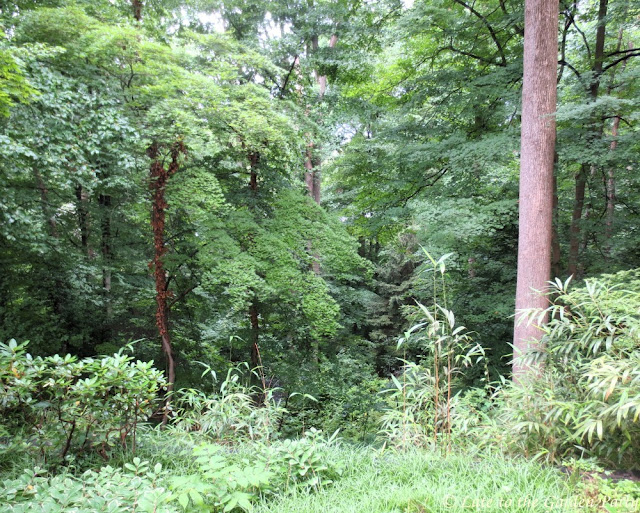 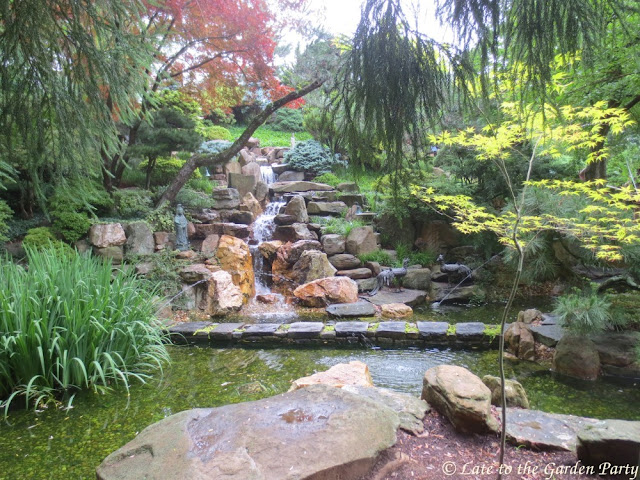 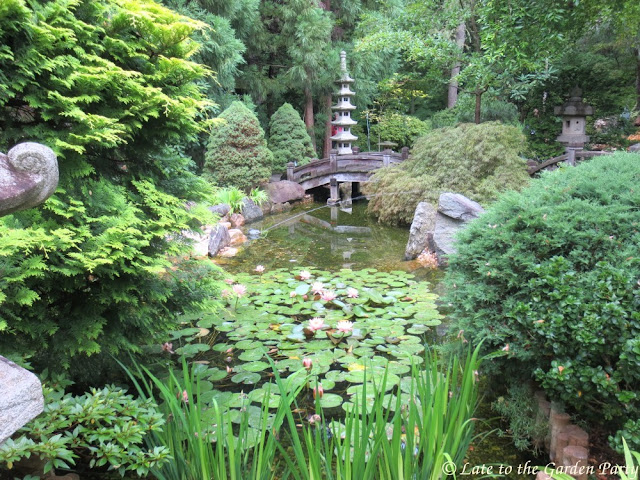 From the Japanese Garden, I slipped through the French Parterre and, from there, stopped briefly in the Rose Garden before venturing a short distance along the Friendship Walk.

I returned to the front of the mansion and considered joining a docent-led tour of the gardens but the tour was slow to get moving and, with less than 30 minutes available prior to lunch, I moved on to the Greenhouse and, from there to the large Cutting Garden at the front of the property.

From there, I walked through a wooded area to see the Dacha, Post's version of a Russian country house, built in 1969 at the height of the Cold War.

On my way to the Cafe, where the bloggers were having lunch, I snapped a photo of another feature reminiscent of the Cold War. 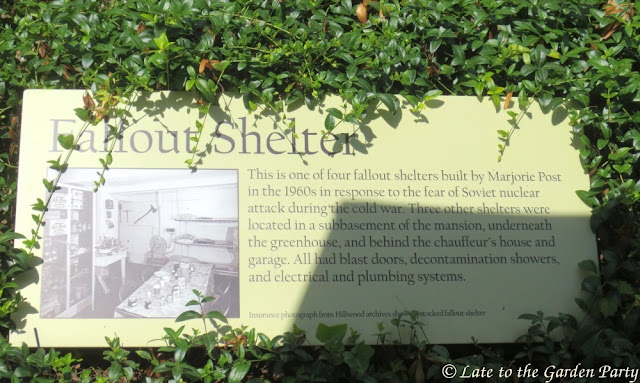 I'll close this post with a couple of pots that attracted my attention during the course of my tour.  Like everything else, they were perfect. 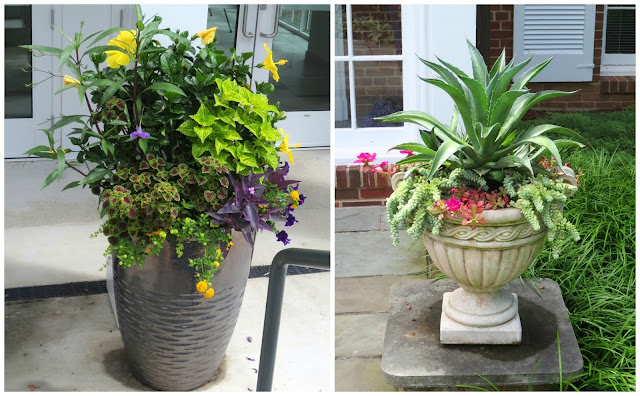