In a Vase on Monday: Camellias at last

Despite another spike in our daytime temperatures and Santa Ana winds that made the air so dry I've felt as though I was undergoing mummification, the blooms on my Camellia sasanqua were finally plentiful enough to cut for this week's vase, which is fortunate as there was little else to be had in terms of flowers.  I kept the arrangement simple again this week.


I used just three plants - or 4 if you count the fact that there are two forms of Camellia sasanqua, both of which I inherited with the house and neither of which I can identify.

If your eyes are sharp, you may have noticed that some ants hitchhiked in with the Camellias.  This is common but, more often than not, I notice them before arranging the flowers.  This time I didn't see them until I looked at my photos, by which time most had taken cover elsewhere.  The vase sits on the dining table so, unfortunately, I expect they'll show up for breakfast one morning this week. 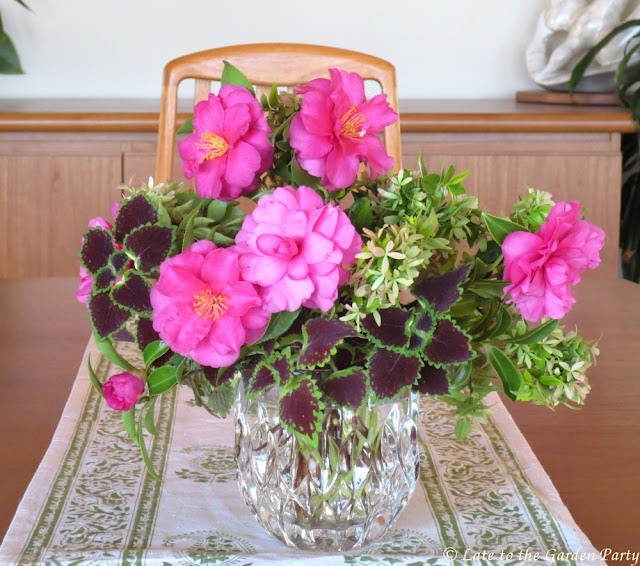 Visit Cathy at Rambling in the Garden to see what she and other participating gardeners have found to put in their vases this week.

Posted by Kris Peterson at 9:25 AM