My cat, Pipig, hasn't adjusted to standard time.  She's up early and, when she wants her breakfast, she can be very persistent.  She jumps on the bed, sits on my pillow, and licks my face until I either get up or pull the sheet over my head.  Monday morning, I gave in and got up, arriving in the kitchen as the sun was rising over the harbor.  Ignoring Pipig and her breakfast demands, I grabbed my camera and clicked a series of shots of the sunrise. 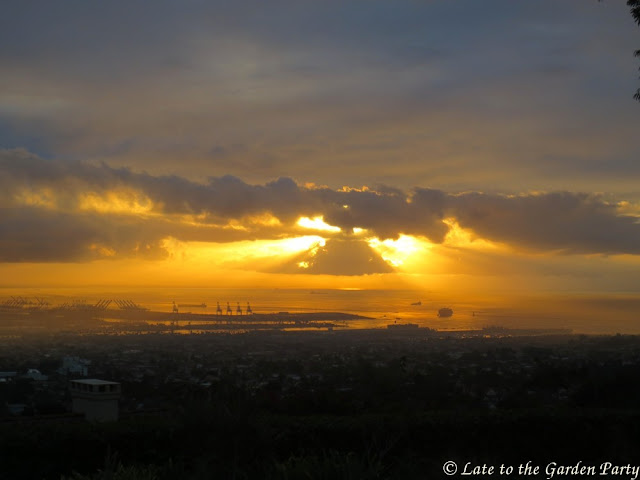 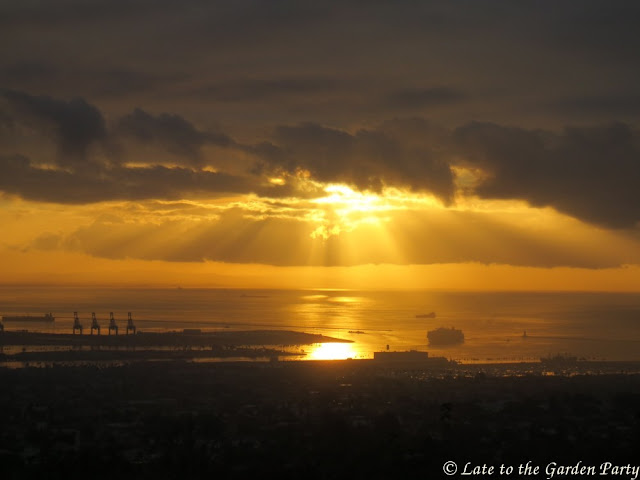 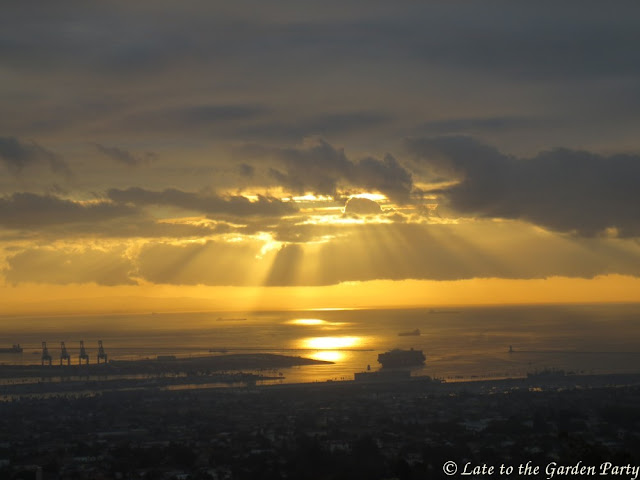 I decided to use these photos as my post for the Wednesday Vignette meme hosted by Anna of Flutter & Hum even though I posted another sunrise shot barely 2 months ago.  Although both featured harbor views, the color of the light was dramatically different.

As for Pipig, she follows a predictable routine.  After breakfast, she harasses me until I take her out for her daily romp.  I usually give her 5 to 10 minutes outside under loose supervision to investigate, stalk lizards, and chew on the ornamental grass - unless she manages to slip out of my sight, in which case it can take me another 20 minutes to round her up.  Then she goes down for her nap, which generally runs until about 5pm, when she starts hollering for her dinner.

Posted by Kris Peterson at 8:57 AM