In a Vase on Monday: Who's the Star?

Another Hippeastrum bloomed recently so I got my chance to pick that as the centerpiece of this week's arrangement for "In a Vase on Monday," the weekly meme hosted by Cathy of Rambling in the Garden.  I knew that it might be a challenge to find appropriate companions for the pale yellowish green of the Hippeastrum's petals but I had some ideas in mind.  Unfortunately, most of the yellows in my garden were too bright so I focused on picking up the red tones in the petals' stripes. 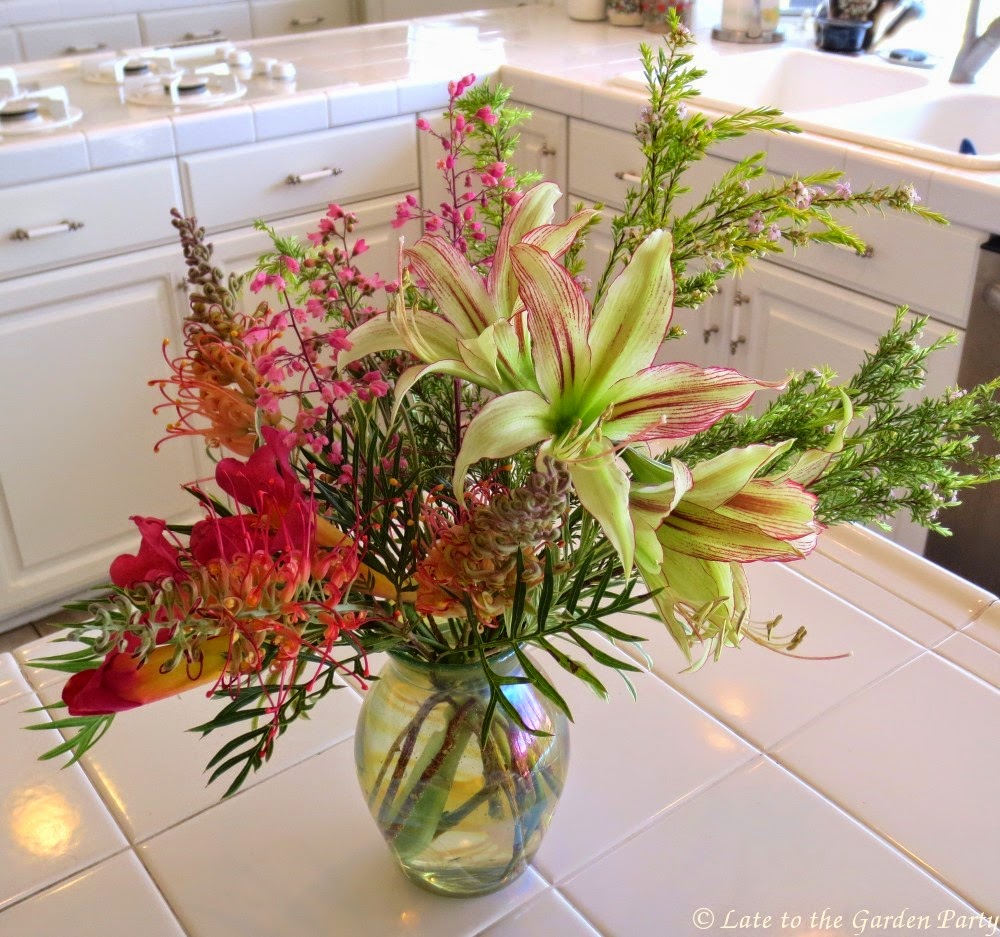 The vibrant hues of some of the companion plants were strong enough to compete with the Hippeastrum.  Viewed from different angles, you could argue that other elements made a bigger splash.

The arrangement ended up on the dining room table, replacing last week's arrangement, which was starting to fade. 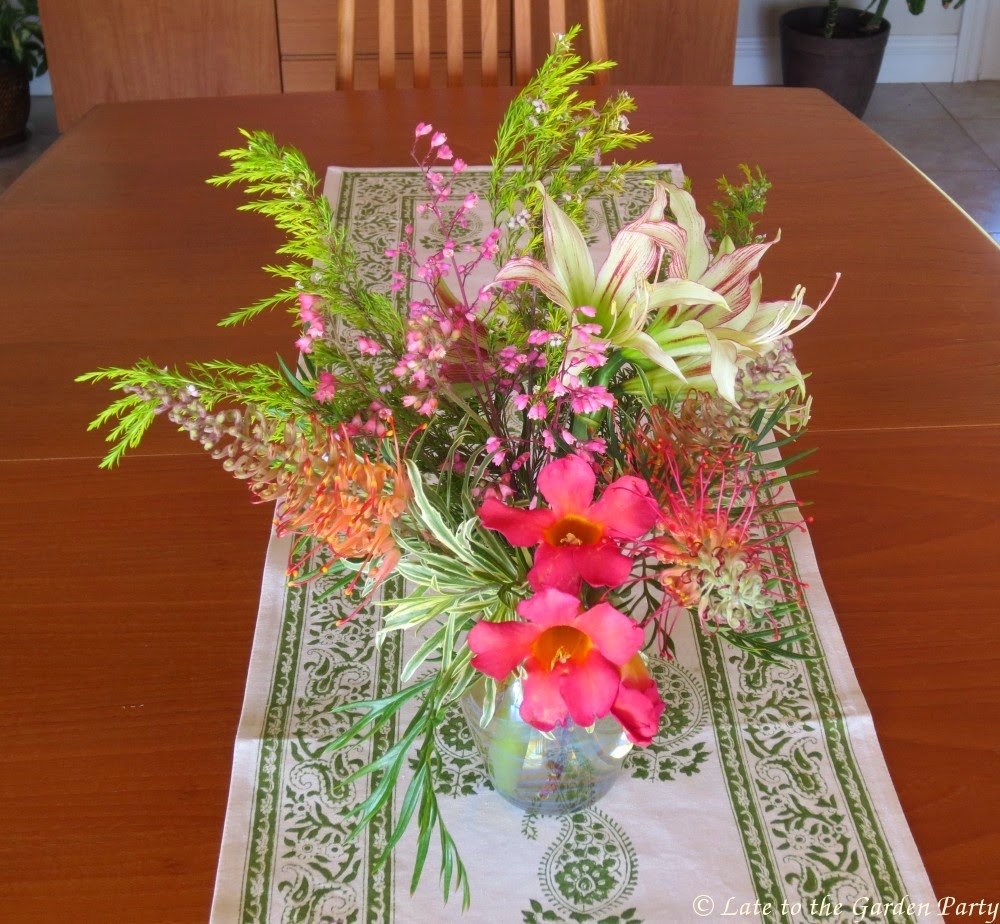 I also had a few remaining flowers for another, smaller vase, which I placed in the guest bathroom.


Visit Cathy at Rambling in the Garden to see what she's cooked up this week.