In a Vase on Monday: Florapalooza

Despite last week's heatwave, there's a lot blooming in my garden at present.  While a few things, like the daffodils, perished in the heat, new blooms are steadily appearing - apparently spring is not going to allow summer to take over the garden quite yet.  I noticed that more Hippeastrum had bloomed in my street-side bed last week and I'd targeted one of those for this week's "In a Vase on Monday," the meme hosted by Cathy at Rambling in the Garden, but it was already past its prime when I went to cut it.  Nonetheless, there were a lot of other flowers to choose from and, because another heatwave is on its way, I cut more than I usually would and ended up with 3 vases.  A florapalooza!

Most of my Alstroemeria are blooming.  They provided the focus of my first vase. 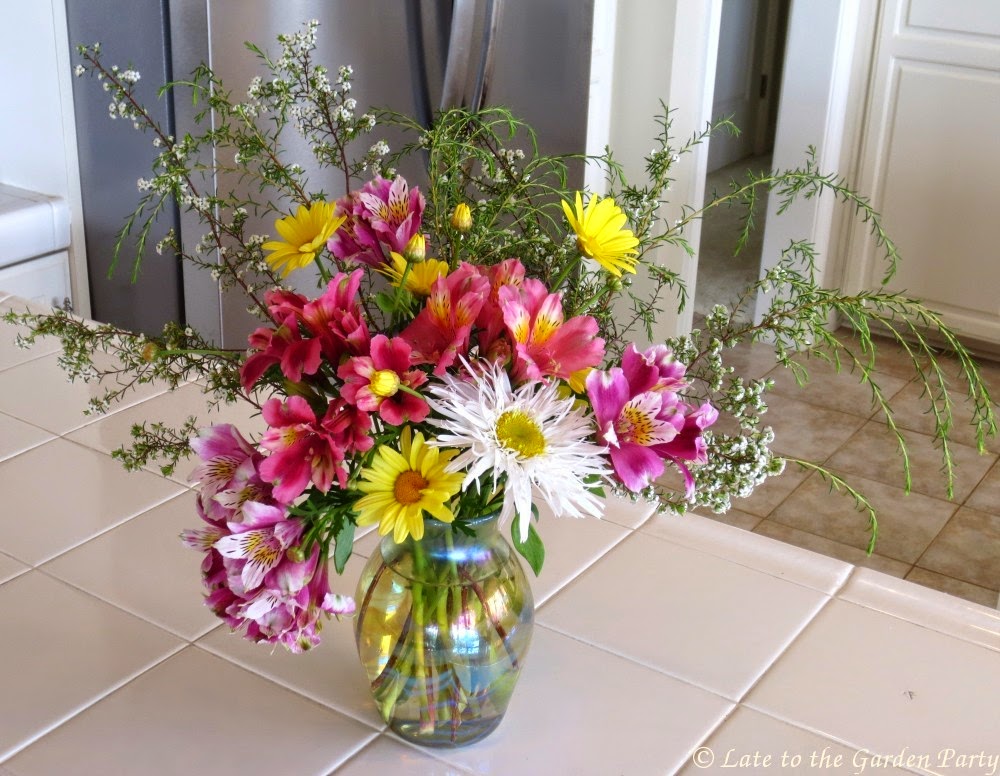 My Eustoma grandiflorum 'Blue Borealis' is blooming for its second season and, since I'd already lost a few to the last heatwave, I decided to cut this one as the centerpiece of a purple-hued bouquet.  It turned out a bit too heavy on the purple and I think the Eustoma got lost in the mix.

In addition to the Eustoma, I used: 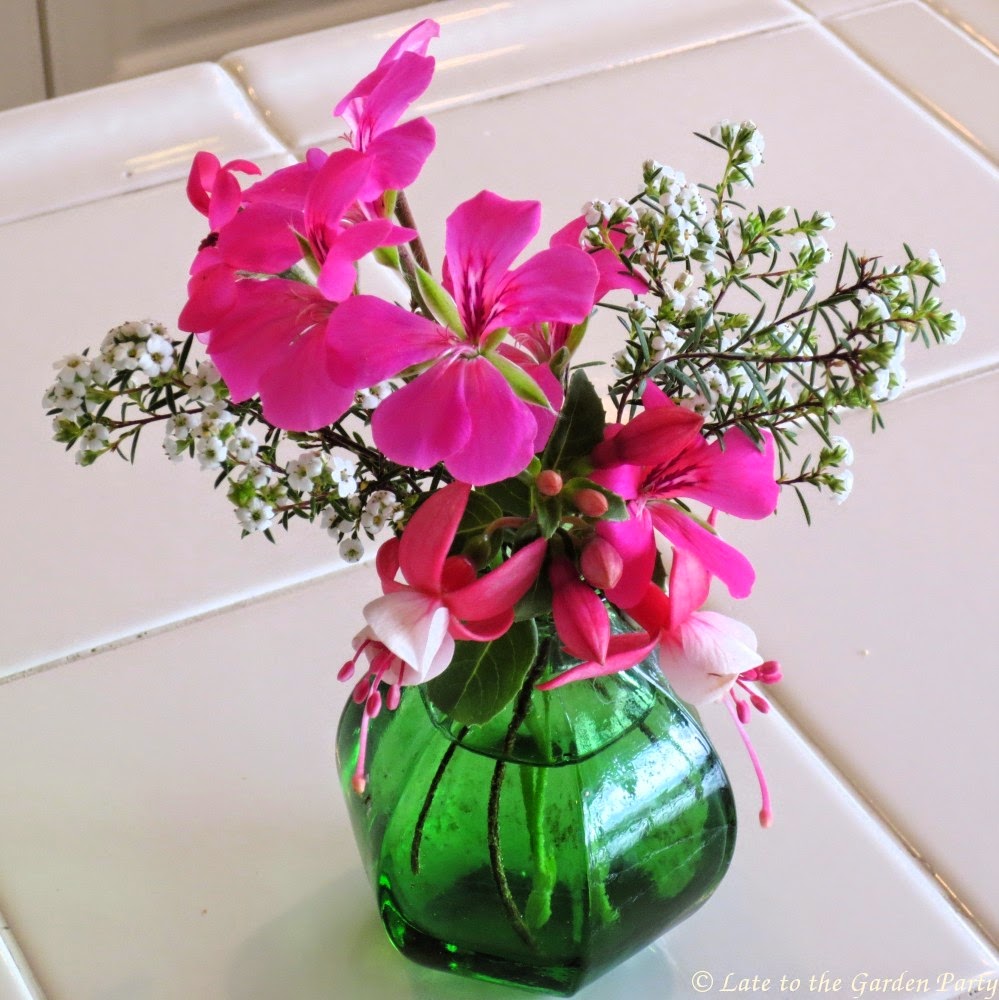 The last vase ended up in the guest bathroom.  The first one landed on the dining room table and the purple vase is sitting in the front entryway.

Visit Cathy at Rambling in the Garden to see what she's found for her vase this week.  Link up if you have a vase to share!