In a Vase on Monday: Ageratum corymbosum blooms at last!

I noticed buds developing on my Ageratum corymbosum in late December.  The buds became larger and more prolific in January.  I thought they'd open in time for Bloom Day in February but, as they did last year, they kept me waiting until March.  They finally began opening en masse at the end of last week so their inclusion "In a Vase on Monday" didn't require any deliberation whatsoever.

In addition to the Ageratum, I included lavender and yellow Freesia and Polygala fruticosa 'Petite Butterfly.'  The stems of yellow Freesia were a last minute addition, intended to perk up the mix by picking up the subtle yellow color in both the lavender Freesia and the Polygala.

The new vase replaced the one containing Cymbidium stems I created 3 weeks ago on the dining room table.  The orchids had faded a bit but they still looked surprisingly good even when I tossed them. 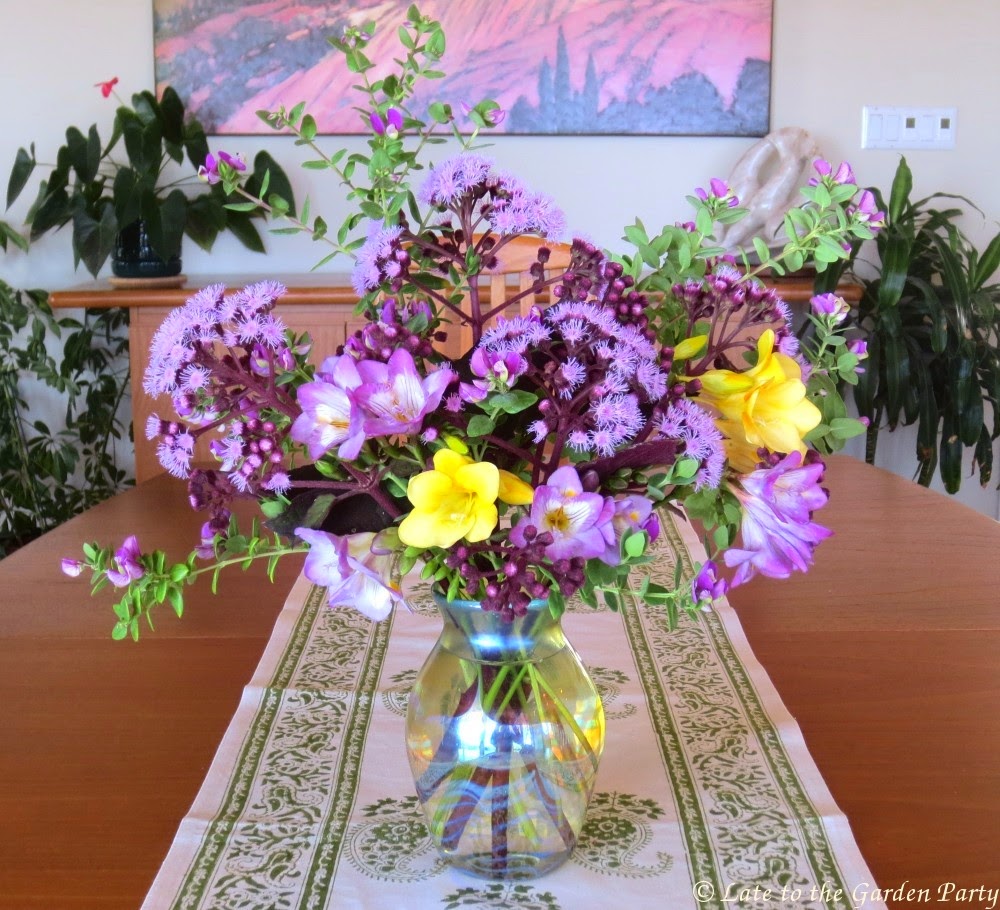 Visit Cathy at Rambling in the Garden to see what she's got in a vase this week and to find links to other participants' creations.