It's the "dog days of summer" here.  Although our daytime temperatures haven't soared above 95F (35C) since May, it has been unusually muggy, which has made the heat more uncomfortable.  It cools down most nights, which helps, but my garden still looks somewhat ragged, probably because I've continued to restrict my water usage in response to our drought.  Careful as we're trying to be about managing our water usage, it was upsetting to hear about the water main break in West Los Angeles that flooded the campus of UCLA and the surrounding area with 20 million gallons of water earlier this week (and infuriating that the media seems more interested in the impact on UCLA's basketball season than the state's ability to manage its water issues).  In addition, the Bay Area uncovered a water leak that has caused the loss of 25 gallons of water per minute over the past 4 years.  Clearly, individual homeowners aren't the only ones that need to work on their water delivery infrastructures.

My monthly wide shots, undertaken in connection with the meme started by Heather at Xericstyle, continue to be useful to track the changes I've made to my garden, as well as in assisting me in planning future changes.  As usual, I'll start with the back garden, which is looking subdued now that the Agapanthus and the red-orange daylilies have finished blooming.

In the side yard, much of the color is supplied by foliage.

In the front yard, the Magnolia is still blooming in the middle of the dormant lawn and the Bauhinia, barely visible on the left, has few leaves but lots of flowers. 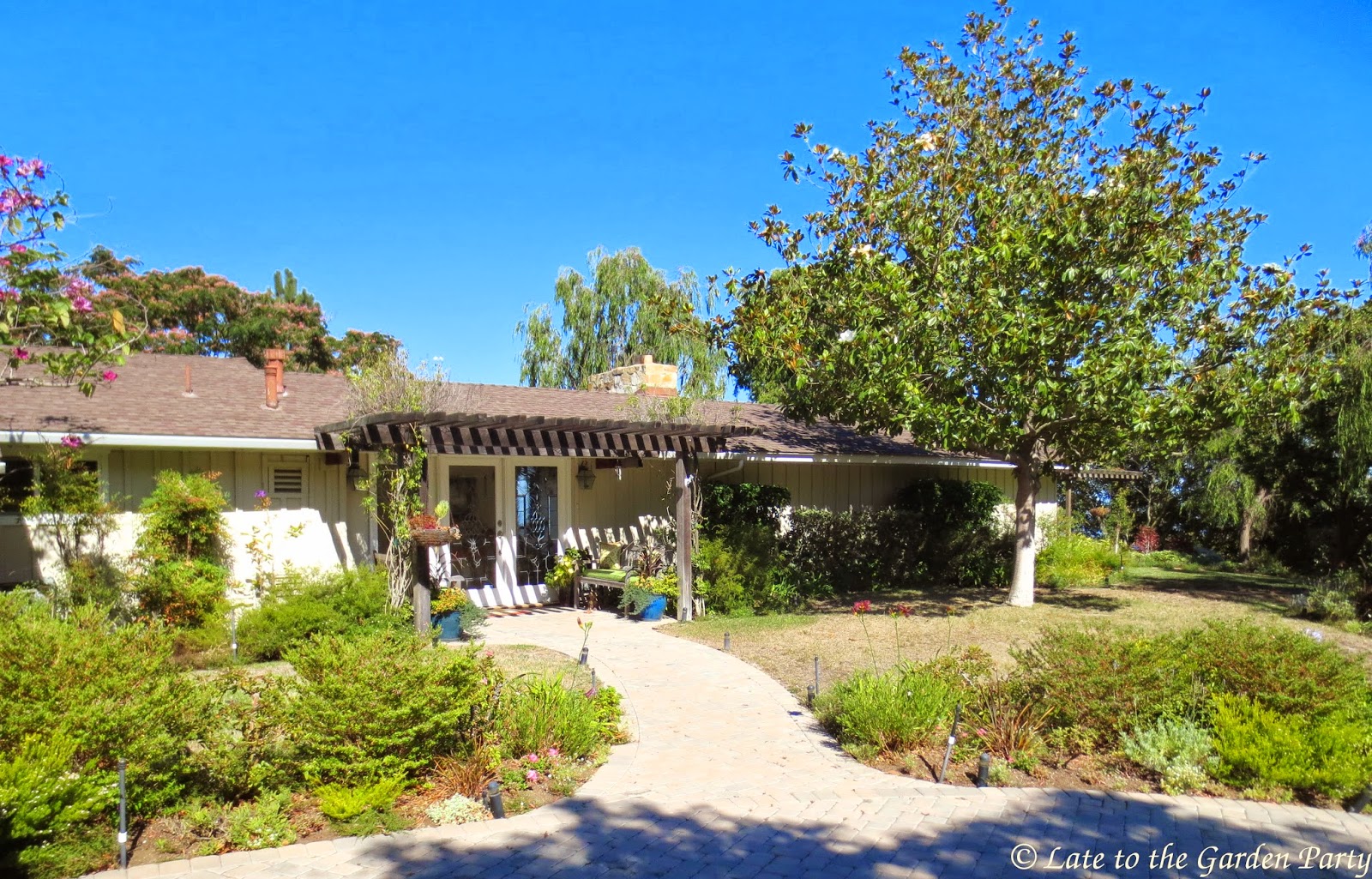 In the vegetable garden, the sunflowers have withered and the corn is struggling despite regular water.  However, the pole beans and the herbs are doing fine.


My husband did some work on the irrigation system in the dry garden in July and I've begun removing plants that didn't perform well this year, both of which have left holes in this area of the garden.  However, I'm looking forward to adding more drought-tolerant plants, like Leucadendron salignum 'Blush,' in the fall.


While waiting for the cooler days of fall, I'm laying down more mulch to keep the soil as cool and moist as possible.  My husband has replaced the sprinkler system along one street side boundary with drip irrigation and we have future plans to convert other areas of the garden to drip irrigation as well.  I also plan to remove more lawn, starting with a section in the front yard.   And, I've got a running list of plant swaps I want to make in the fall on the assumption that this drought will be with us for awhile.  Meanwhile, the birds have no problems with the garden as long as the fountain's running... 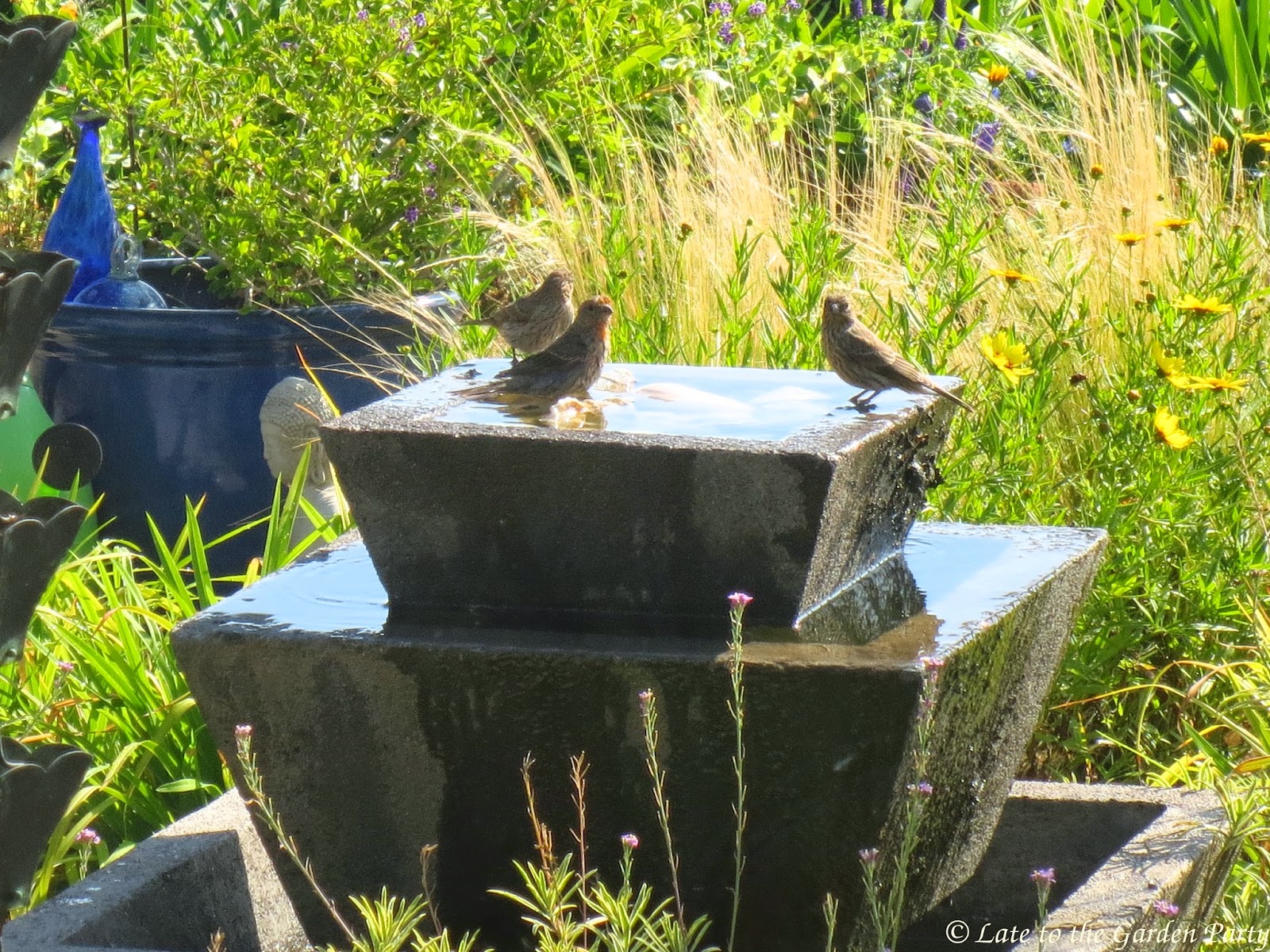