The sad job of clearing out my mother-in-law's house in preparation for its eventual sale has already begun.  The house plants came home with me early on as my husband and I live nearby and I'm regarded as a "plant person."  I don't expect that we'll bring a lot home with us but one thing we have moved is the potting bench.  The one at our old house had been attacked by termites so it went into the trash.  A new bench has been on my husband's "to do" build list since we moved into this house but it hasn't been a priority for him.  So, it's nice to be able to re-use my mother in law's bench.  Working at it will be a nice way of keeping her near. 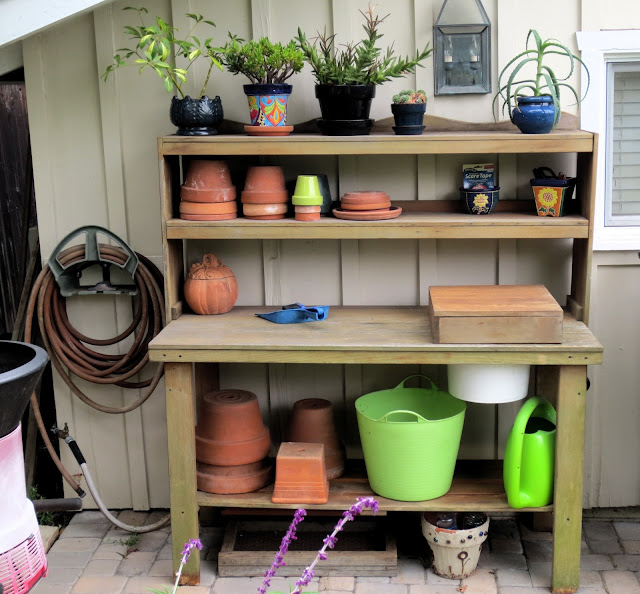 The bench has been placed at the end of the garage wall next to a hose and near the compost bin and our green refuse bins.

I added the clay pots that were previously scattered behind our garage and a few of the succulents transferred from her house. 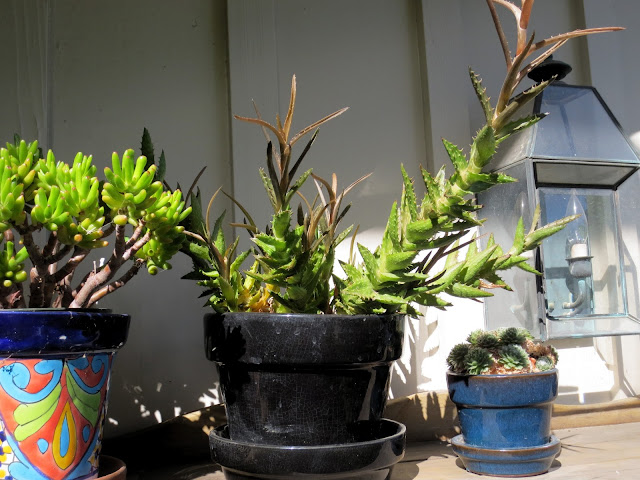 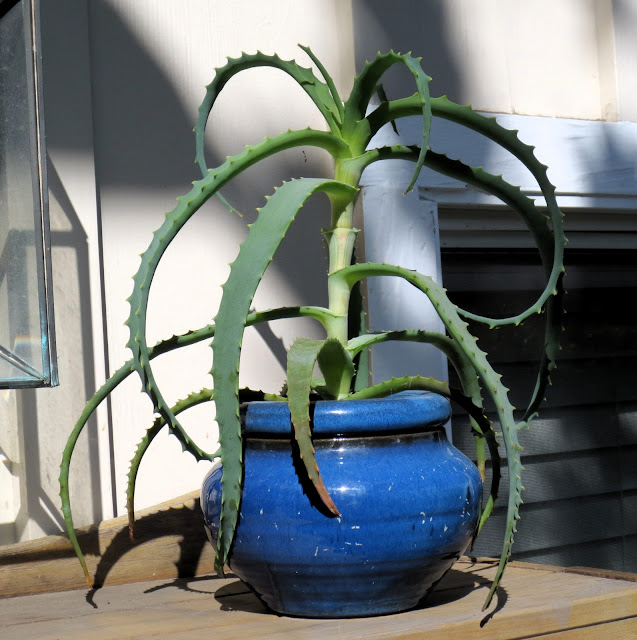