I don't consider myself a knick-knack collector.  While I certainly have some non-functional decorative items here and there throughout the house, I lean toward a more minimalist look.  I dislike clutter of most kinds and I regularly toss out "stuff."  In fact, whenever we're unable to find something, my husband will ask "Was it PPed?"  PP is his term for "Peterson Purge."

However, when it comes to the garden, I seem to have accumulated a lot of "stuff."  Although I disposed of clothes, kitchen items, old work materials, and even books in large quantities before we moved 2 years ago, I didn't get rid of much when it came to garden ornaments and furniture.  Maybe because I had to give up the garden itself, I held on to virtually all the old garden's furnishings and decorations.

It's an eclectic collection. 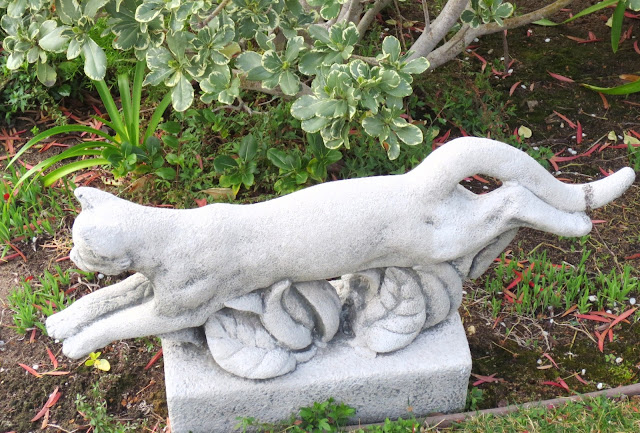 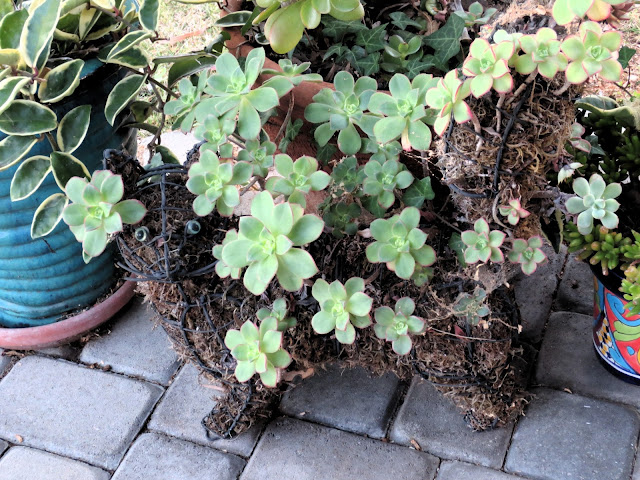 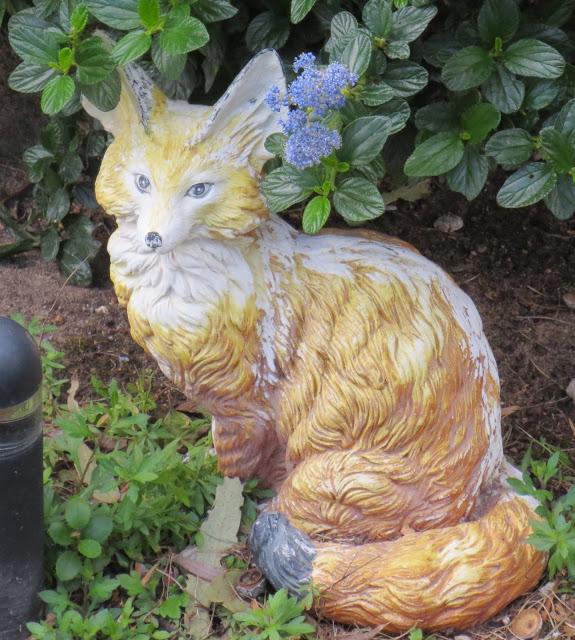 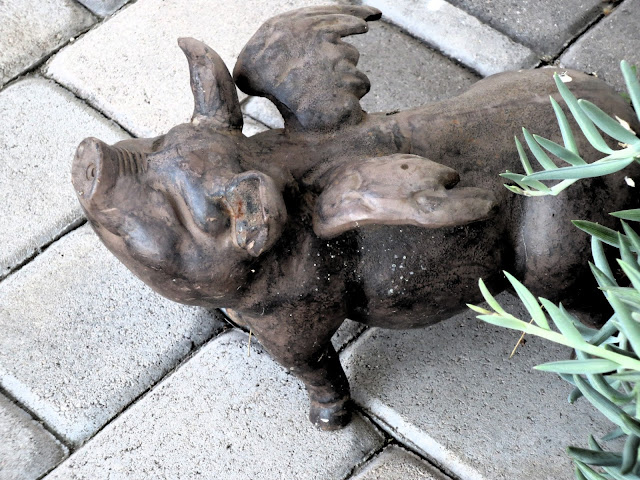 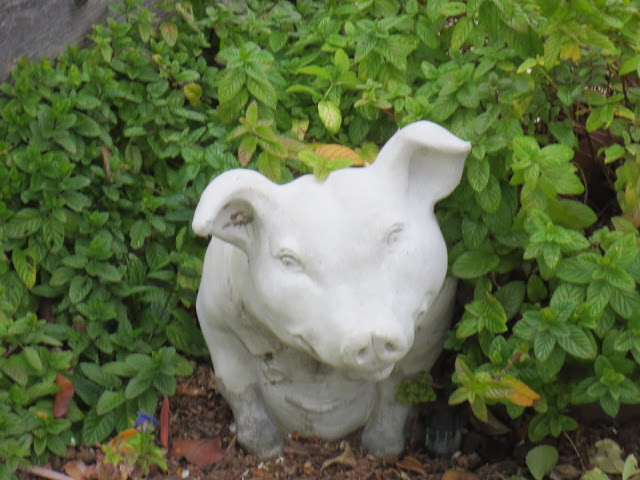 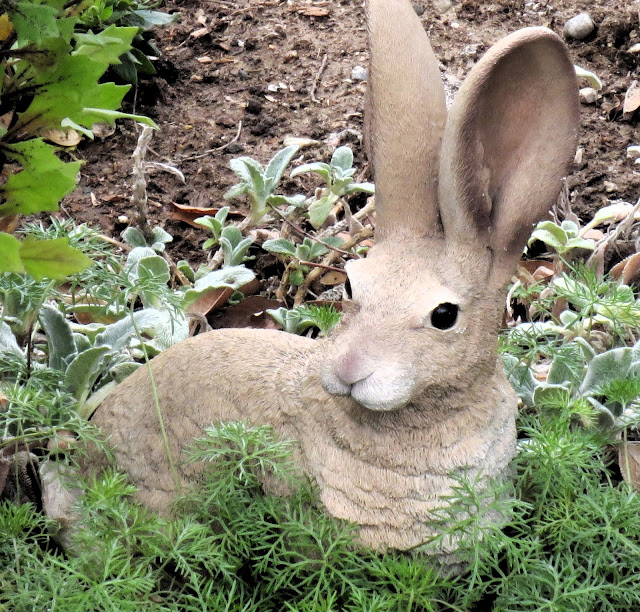 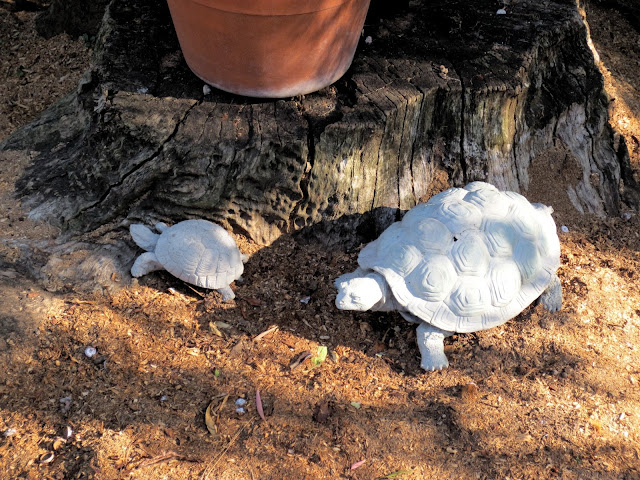 There are fairies and other mythical creatures. 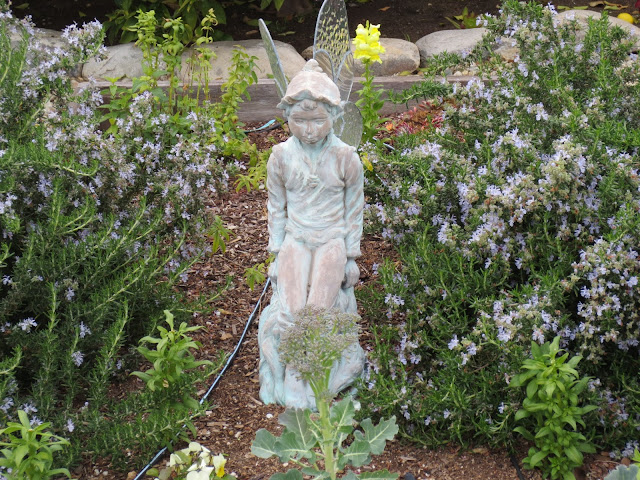 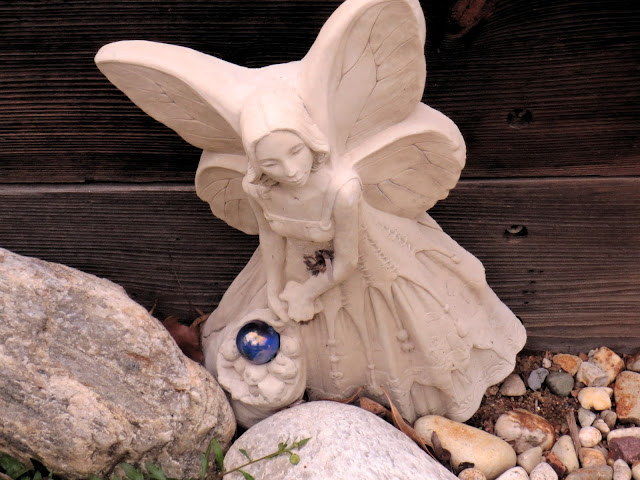 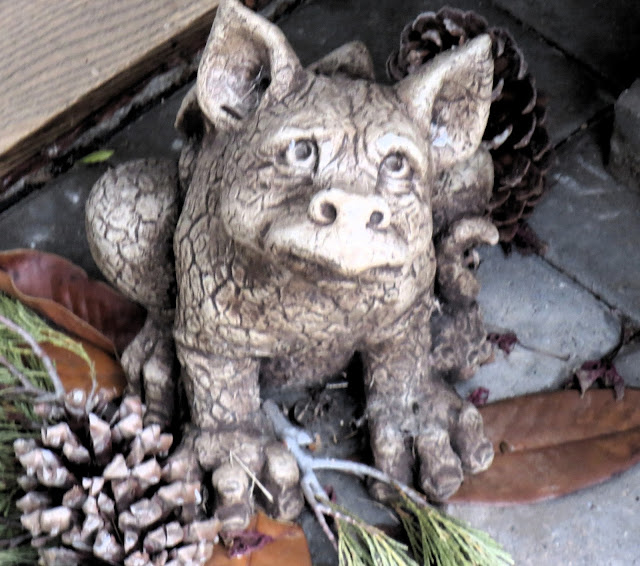 There are items to support bird life. 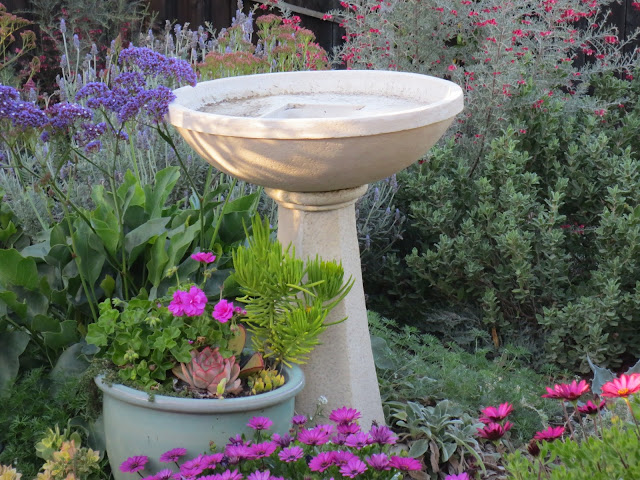 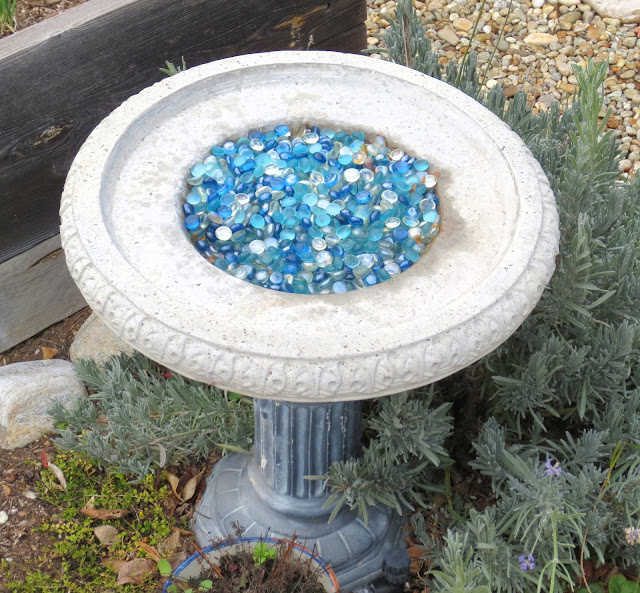 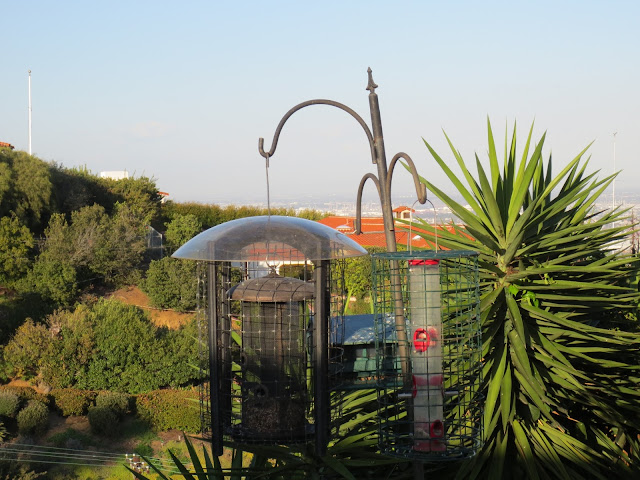 There are items kept for purely emotional reasons.  The child reading a book, given to me by my mother because she said it reminded her of me, which I use as a door/gate stop.  The sun-shaped votive holders given to me by a close friend shortly before she passed away of cancer, which I'm thinking I may use to hold small pots of trailing succulents. 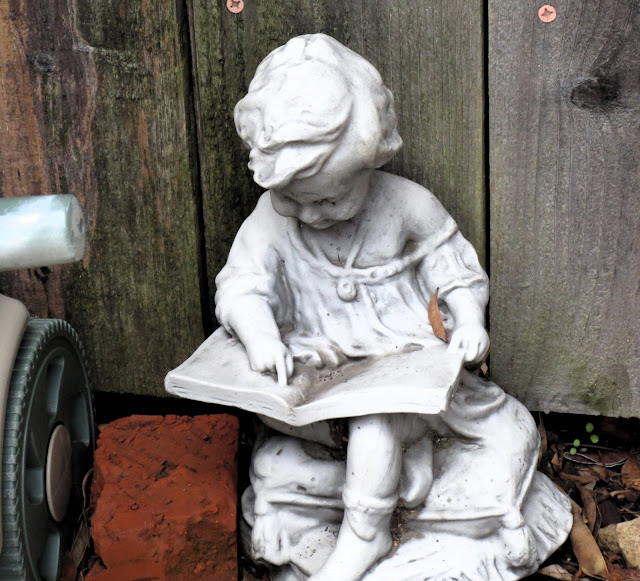 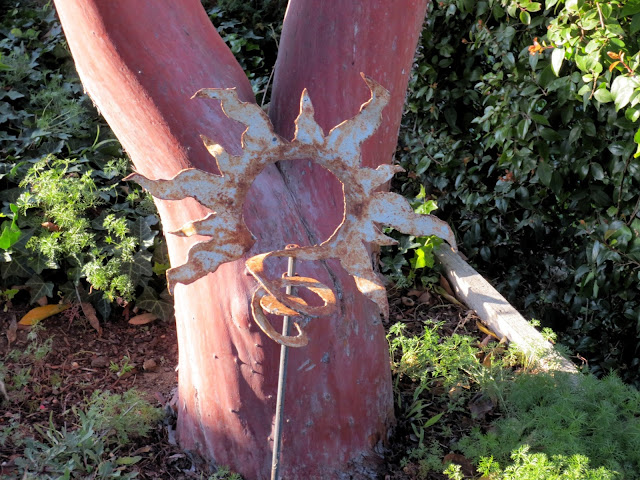 There are items that don't fit any of these categories. 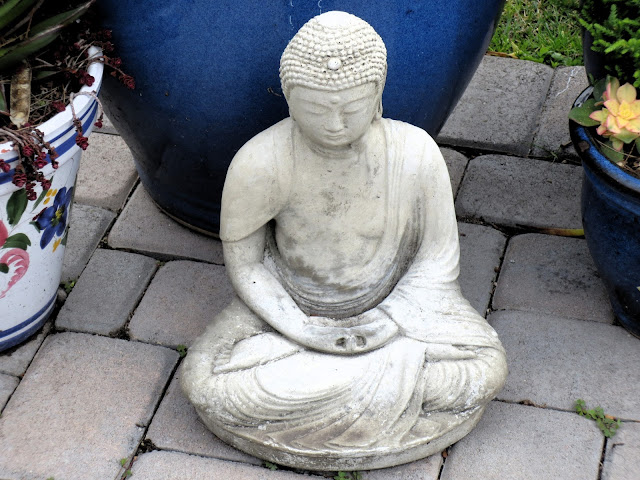 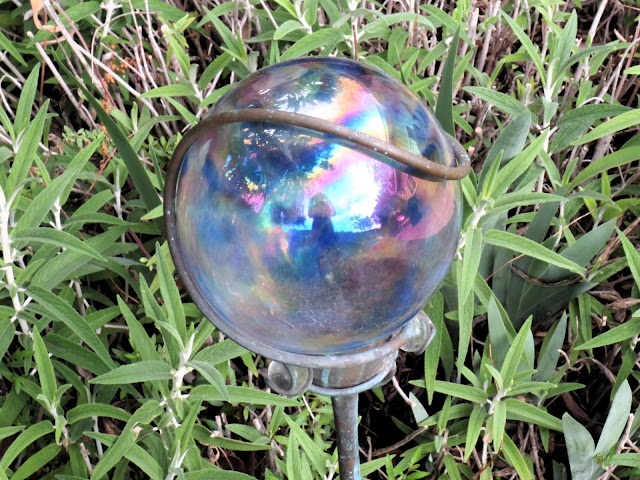 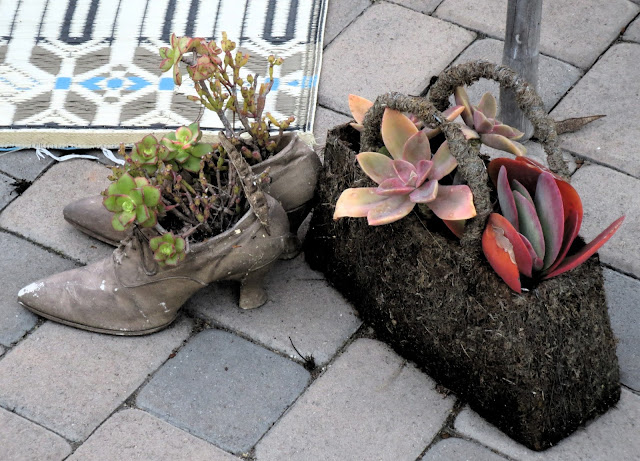 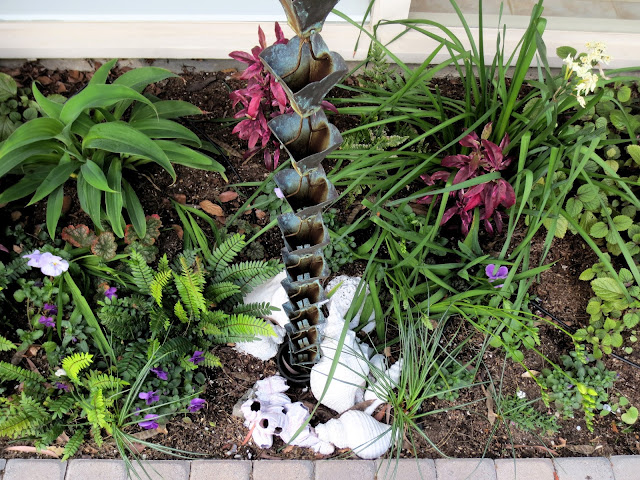 And then there's all the garden furniture.  I brought one bench, some rickety wicker chairs, and a small cafe table with wrought iron chairs with me when we moved.  I inherited two more benches left by the prior owner, as well as a chiminea, a large fountain, and the snorkel spa I wrote about earlier.  (The spa will eventually be removed or re-made to serve another purpose yet to be determined.) 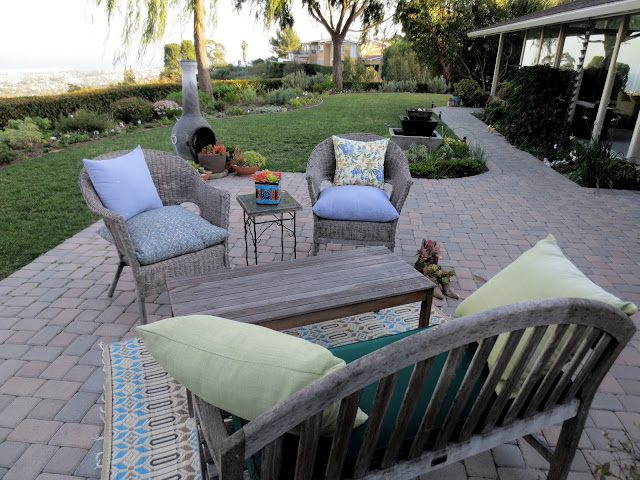 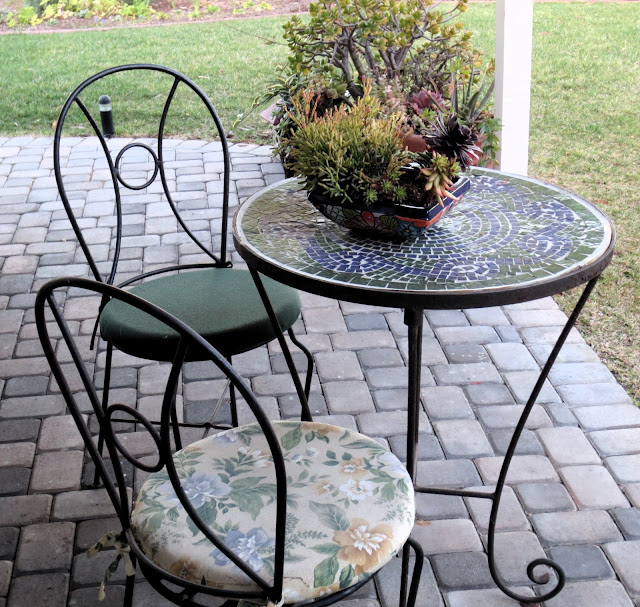 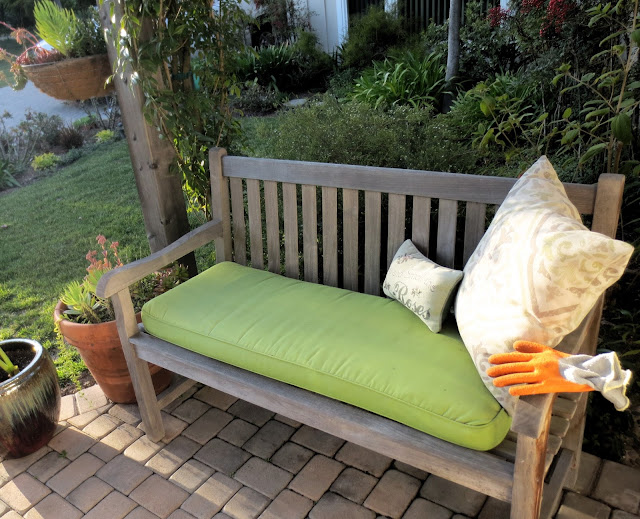 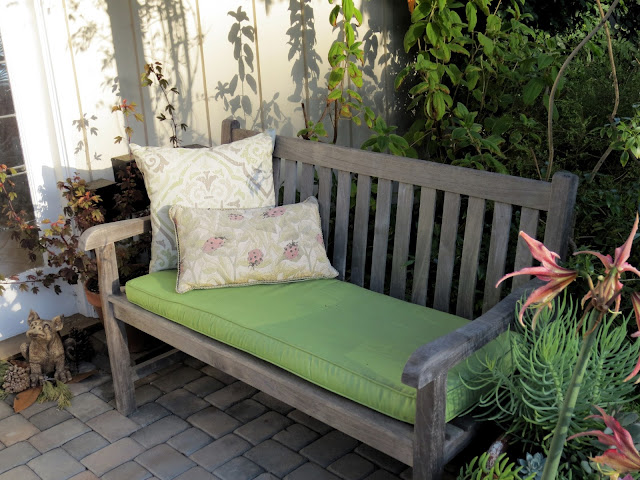 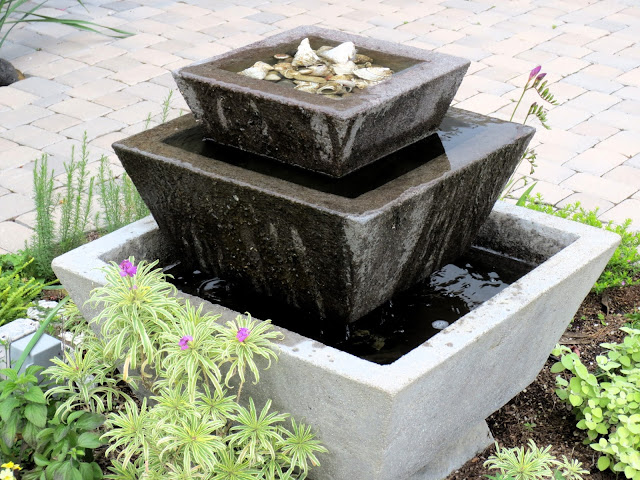 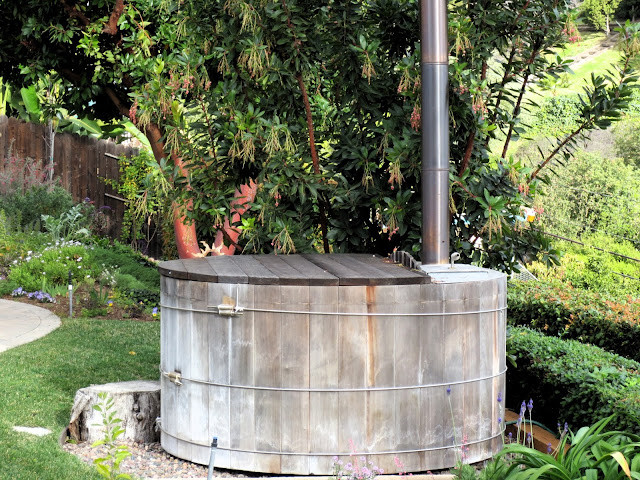 I thought that, because our new garden is so much bigger than our old one, it could absorb a lot decorative material without looking cluttered.  However, the old garden was densely planted and, as a result, the ornaments in it were nearly invisible.  In contrast, the new garden is more sparsely planted (so far) so many of the ornaments stand out - perhaps too much.

I'd like to say the collecting has stopped but it hasn't.  Just last week, a friend of my husband's asked if I could use a wrought iron screen he planned to give away.  I took it, having no idea what it looked like or what I'd do with it.  I like it but I still haven't found the right place for it.  I put it on the back porch and have moved it around a bit but haven't yet found a satisfactory placement.

What do you do when collecting gets out of hand?  I'm beginning to think I'm going to have to rent a storage locker - or maybe re-purpose the spa as an outdoor closet.
Posted by Kris Peterson at 9:45 PM