In a Vase on Monday: Spring is creeping closer

There seems to be a little more color in my garden with each passing week, a sure sign that spring is in the wings.  The blue Anemones in my cutting garden are producing more flowers every day so they were the most obvious candidates for "In a Vase on Monday" this week.

Initially, I wasn't sure I had enough of anything for a second vase but then I spotted new blooms on one of my potted Alstroemerias, which gave me a springboard for a second arrangement in shades of pink.  The vase I chose gave it the extra pizazz it needed.

Last week's arrangement featuring Hippeastrum 'Lemon-Lime' still looks presentable, even though the Grevilleas had fallen apart.  I pared down that arrangement and relocated it the bedroom mantle. 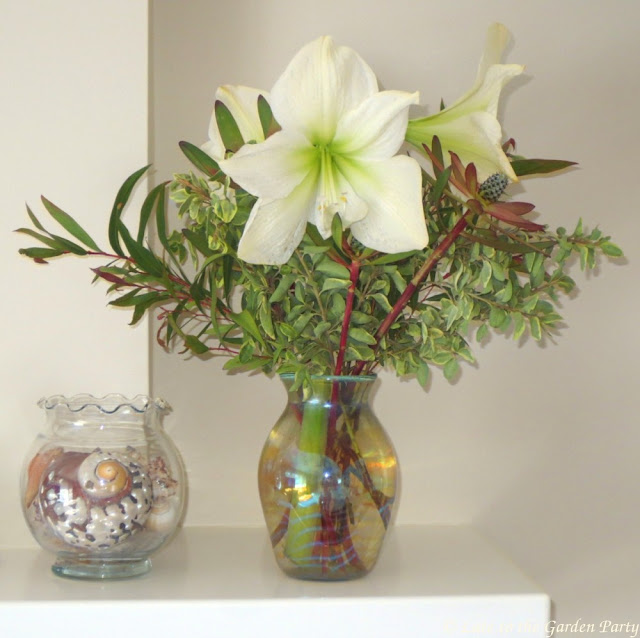 The new arrangements got the usual spots in the front entry and the dining room table. 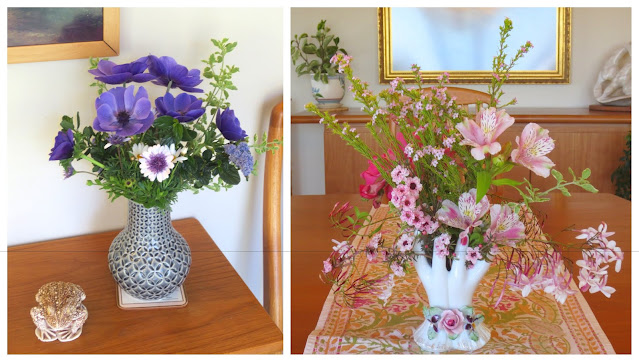