Well, actually most of the projects I've addressed in the past ten days or so have been relatively small.  The biggest project in my household was launched by my husband: removing the weeds growing between the paving surrounding the house.  I remove weeds here and there all the time but only occasionally tackle an entire area.  In contrast, he approached the project like a military campaign.


My projects have been both smaller in scale and more varied.

In addition, I've been on a tear deadheading and cleaning up the garden.  Spent succulent flowers were a major focus this week.  The bees love the flowers of Aeonium haworthii 'Kiwi' and 'Kiwi Verde' but the top-heavy stems had toppled all over the garden and most of the flowers were looking scruffy so it was time to move on.

I also cleaned up the front bed torn asunder during last year's remodel.

Those arrived at last, late this afternoon. 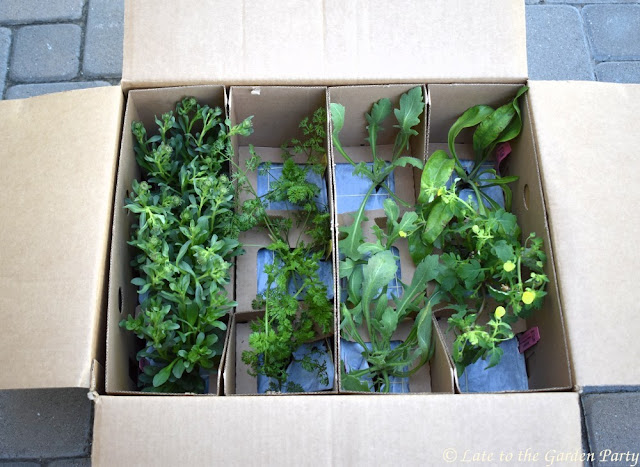 So I'll be spending Saturday planting.  I hope you find something pleasant to occupy your time this weekend too.