Weather forecasters have been predicting rain for SoCal for several days now.  I originally tuned the reports out, not wanting to get my hopes up.  We haven't had any real rain since late March and, when I initially reviewed the extended forecasts, rain appeared improbable until December.  As reports of rain continued into this week, I became more invested in the possibility.

Yesterday, I watched as clouds associated with Tropical Storm Rosa passed us by.

Rosa dropped lots of rain on northwestern Mexico and Arizona with nothing left for us but the forecasters said that a separate system had a 70% chance of delivering rain to Southern California on Wednesday.  This morning's sky was full of promising clouds. 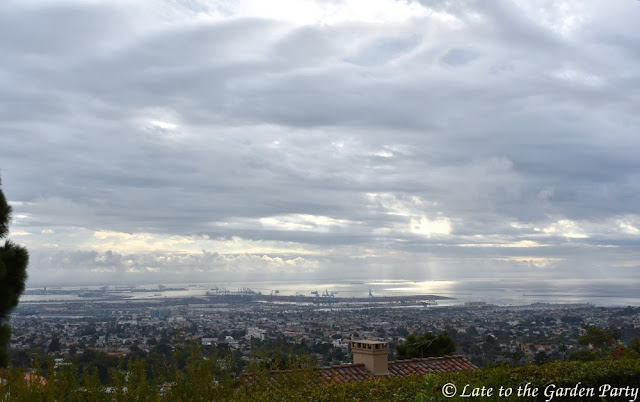 According to the early morning weather reports, it was raining in Santa Barbara to the north of us and rain was expected to reach us around 10am.  It didn't.  I checked updated reports by two different weather services, both of which then showed rain arriving around 2pm.  It didn't.  Both services now show rain after 5pm.