We've been riding a weather roller-coaster of late.  Our rainy season, which generally begins in October and ends in April, has failed to deliver much in the way of precipitation thus far.  January's high temperatures made it feel as though we'd fast-forwarded into summer.  Then a blast of arctic air sent temperatures plummeting in February, even serving up a brief flurry of hail last week.  We finally got a bit more rain Monday night, 0.15/inch at this location, enough to warrant turning off the irrigation system, at least temporarily.  According to our roof-top weather station, our seasonal total, measured from October 1, 2017, now stands at 1.6 inches, which may end up being something for the record books, albeit not in a good way.  Under the circumstances, it's not surprising that the garden isn't as floriferous as it was last year at this time, when it benefited from heavier-than-usual rain.  But, when I look carefully, there are still beautiful flowers to be found.


While I may not have the blooms I had last year at this time, I know I have a larger head-start on spring than many areas of the country so I'm not complaining.  More rain is expected tomorrow night too.  My fingers are crossed that this will help keep 2018 out of the record books as the driest year on record for Los Angeles.

To close, here's a shot of a second Ferraria bloom, which opened just this morning. 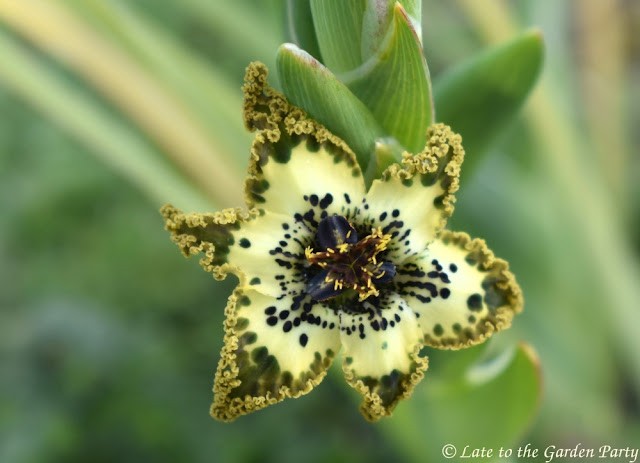