January is not the time to shop for plants

While much of the country is dealing with cold temperatures, snow and ice, it feels like early summer here in coastal Southern California.  We've had next to no rain and there's none on the immediate horizon, which is a bad thing, but the unusually warm temperatures nonetheless entice me to spend as much time as I can in the garden.  I've taken care of the usual winter chores: getting the trees trimmed, pruning my roses, spreading mulch, and cutting back overgrown shrubs and perennials.  Plant shopping seems a natural follow-up but, even in our climate where one can garden year-round, there's not much to get excited about in most of the local nurseries and garden centers.

A friend and I visited one of my favorite garden centers in Orange County, Roger's Gardens, this week and the pickings were slim.  The staff was busy sprucing things up and conducting inventory but the shelves were as bare as I've ever seen them.


I checked out the demonstration bed near the front entrance.  It was pretty but not particularly inspiring.

I almost never stroll the gift shop but I stopped in briefly on this visit.

Plant selections were limited every place I visited in January so I guess the message is that January is just not the time to visit nurseries and garden centers.  However, local plant inventory shortages haven't entirely stopped me.  I received 2 orders of plants from one mail order nursery in January and 2 seed orders.  I've got 2 more bulb orders outstanding, as well as 2 more plant orders due for delivery this month.  There's always a way to scratch an itch.  In any case, I hope all the local plant providers will boost up their stock up in February in preparation for spring.

The best part of this week's fruitless plant shopping expedition was a brief but pleasant exchange with the garden center's official greeter. 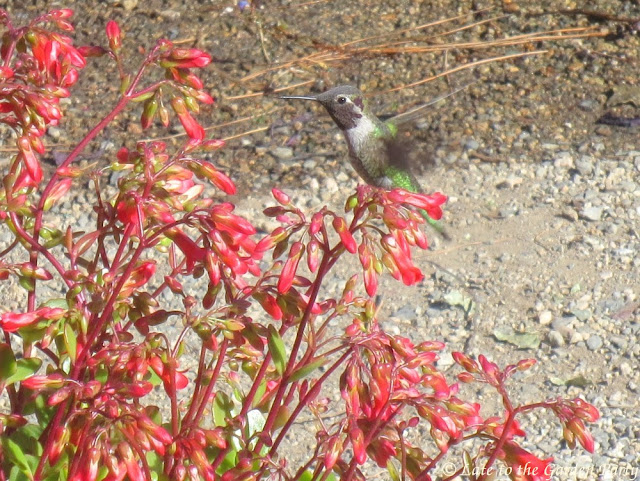 Best wishes for a pleasant weekend!