The new kind of marauder

Last week, a visitor to my garden left a calling card of sorts.  On an early morning swing by the fountain the back area, I saw this: 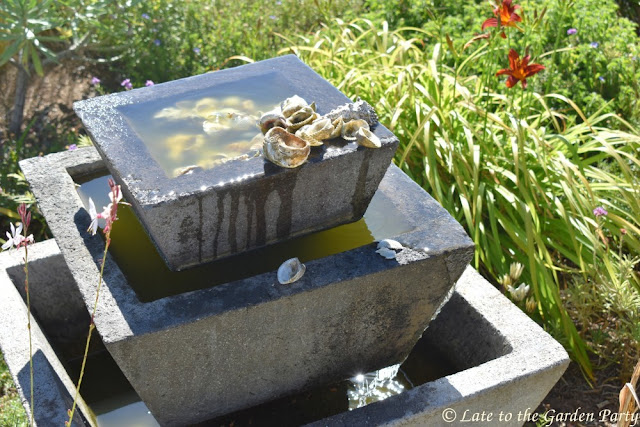 I haven't seen a raccoon in months and there's been none of the usual signs of their activity.  No plants have been pulled out of the ground or left shredded in pieces.  No trenches have been dug through my planting beds.  No soil has been strewn about.  But birds and squirrels aren't known to rearrange the shells in our fountain.  Conceivably, it could have been a skunk but I've never seen them rummage in the fountain either and there were no tell-tale olfactory clues.  However, thanks to a new security system, we now have a video record of intruders.  Footage of the back garden showed the culprit in the act.  I pulled a series of screen shots. 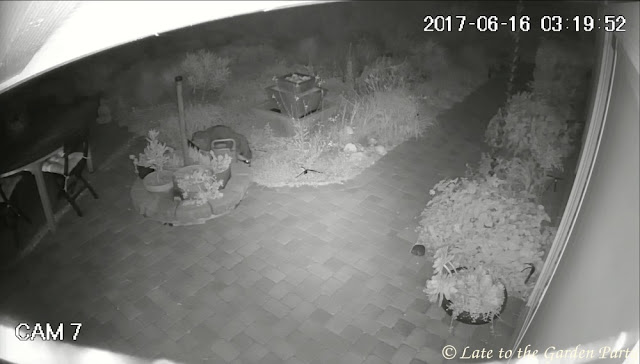 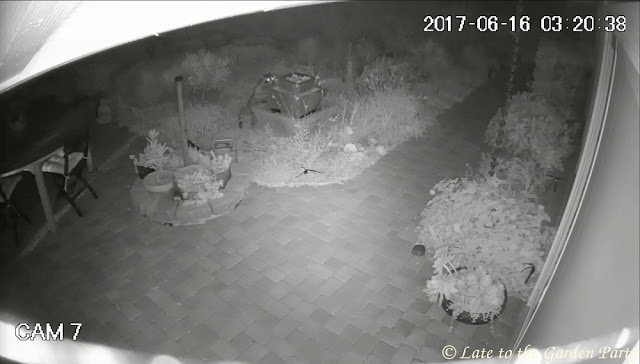 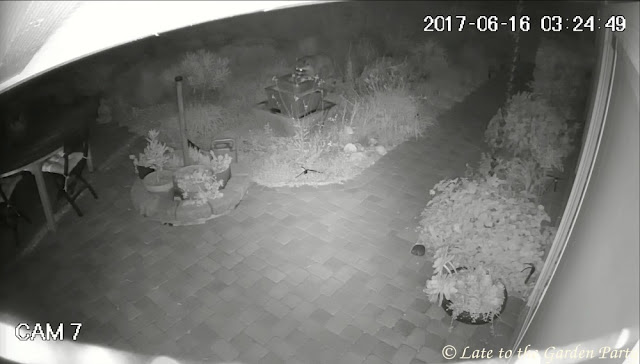 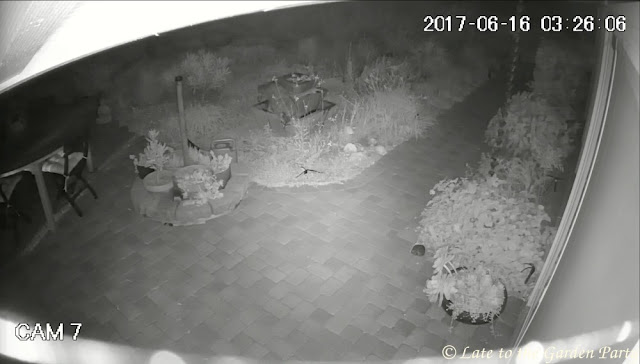 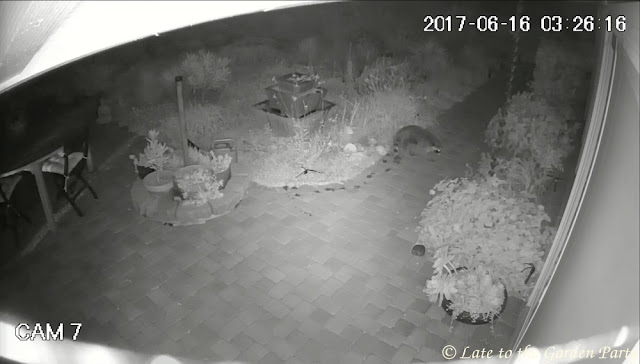 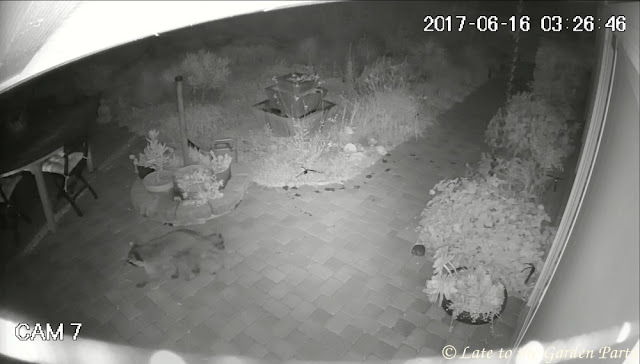 He spent a little over 7 minutes in and around the fountain.  Other than dropping a few shells on the ground and breaking a few more, he caused no damage.  Have the raccoons of old been replaced by more gentle marauders?  Or is he still learning his tradecraft?   Only time will tell I suppose.

Email ThisBlogThis!Share to TwitterShare to FacebookShare to Pinterest
Labels: Raccoons