In a Vase on Monday: Red Hot!

I'm surprised that we're almost through August and I haven't had to resort to succulents to fill a vase on Monday.  Maybe it's a sign that my garden is finally maturing.  My inspiration for this week's vase was the sight of Leucadendron 'Safari Sunset' backlit by the morning sun. 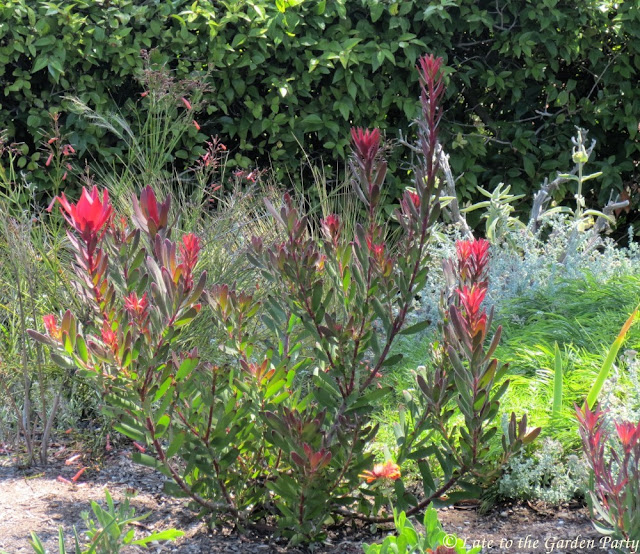 I cut 2 stems and was off and running with a red theme.  I didn't grow much of anything with red foliage or flowers in my old garden, feeling that the color would overwhelm the tiny space, but it fits my current larger, sunnier garden better and it's slowly crept in here and there.  I added touches of coral to the arrangement in an effort to prevent it from becoming too heavy.


At the other extreme of the color spectrum, I noticed that I had 2 new blooms on the green Eustoma grandiflorum so I cut those too.  Calling the flowers green is a bit of a stretch as only the base of the flower can really be considered green but I like them anyway.  Unlike the Leucadendron in the first arrangement the green Lisianthus called for companions in soft colors.


The first arrangement sits inside on the dining room table but I also took a photo of it on the outside patio table where the sun did a good job of setting the Leucadendron aglow.


The more demure arrangement sits in the front entry. 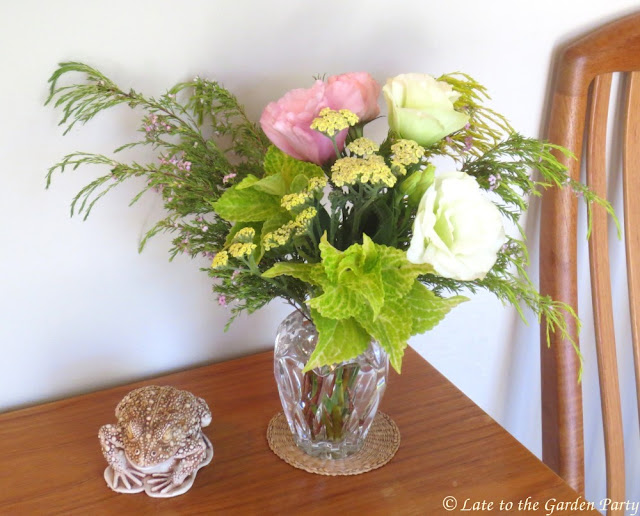 Visit Cathy at Rambling in the Garden to see what she and other gardeners have used in their vases this week.