In a Vase on Monday: Crowding the Stage

In my area of Southern California, we're at the juncture between spring and summer.  It felt like summer 2 weeks ago but last week was blessedly cool and this week promises to be much the same.  There's even another chance of rain toward the end of the week.  Still, the unseasonable heat in March and again early this month sent many spring flowers into a speedy decline.  There were just a few Alstroemeria left in the garden so it seemed only right to select those for "In a Vase on Monday," the weekly feature hosted by Cathy of Rambling in the Garden.  I'd never even featured my Aquilegia and they also appear on the way out, while the white Eustoma grandiflorum I planted last June is currently making a comeback.  Although there were many flowers clamoring for the spotlight this week, I did very little editing, squeezing everything together, hence the title of this post. 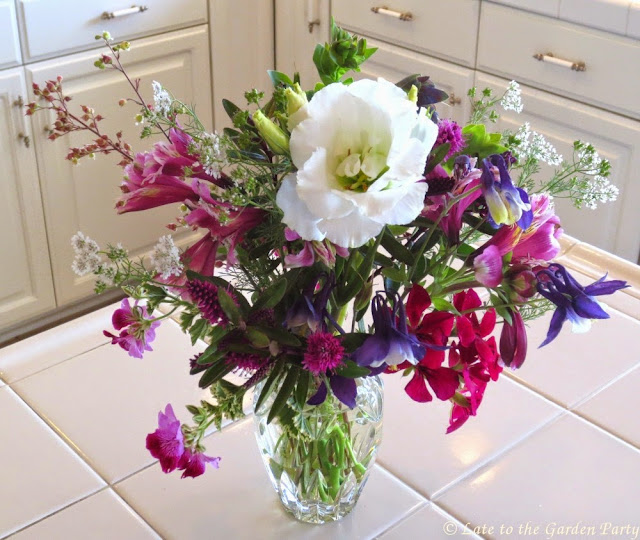 
Last week's tall vase featuring Arthropodium cirratum and Solanum xanti lasted the entire week but I retired it when I created today's vase.  The second of last week's vases, featuring Agapanthus, still looks pretty good.  It has moved to the dining table while the new vase sits in the entryway.  As Arthropodium and Agapanthus are currently making a big show in the garden, I expect you'll see more of them in coming weeks.


Visit Cathy to see what she and other gardeners have created from materials they have on hand this week.