This weekend, a friend and I had plans to visit a couple of nurseries in Carpinteria, a coastal California community more than 100 miles north of where I live.  For various reasons, we delayed that trip until mid-November; however, we did make it to one of my favorite nurseries.   Sprawling over 11 acres in Calabasas, Sperling Nursery isn't fancy but it's always well-stocked with a diverse collection of plants, including California natives and a seemingly ever-expanding selection of succulents.  When I was visiting the San Fernando Valley one or more times a week to see my stepfather, who passed away in 2011, and my mother, who passed away earlier this year, I would often pay a visit to the nursery before getting on the freeway to head home as a way of centering myself.  I haven't been there often since March of this year.

The nursery has always had a friendly, family atmosphere, probably because it's family-owned and operated.  The staff, even those who work the check-out counter, know plants.  Founded in 1971 as a sod outlet by Joe Sperling on one acre of land in what was then a largely undeveloped area, it was expanded it to 11 acres in the late seventies, creating a full-service nursery.  When I pulled up the nursery's website, I discovered that Mr. Sperling passed away in August.  I sincerely hope Sperling will continue as an independent nursery - I still remember what happened to my beloved Begonia Farms Nursery when the founding patriarch died and the land was sold to a developer.  Calabasas has been growing at a wild pace for decades so I'm sure there will be pressure on the family to sell.

It was sunny and hot in Calabasas.  That didn't stop me from thoroughly checking out the plant stock but I'm afraid that it did negatively impact the quality of my photographs.  Sperling doesn't have demonstration planting beds but there are always nice collections of pots arranged near the entrance to show possible planting schemes. 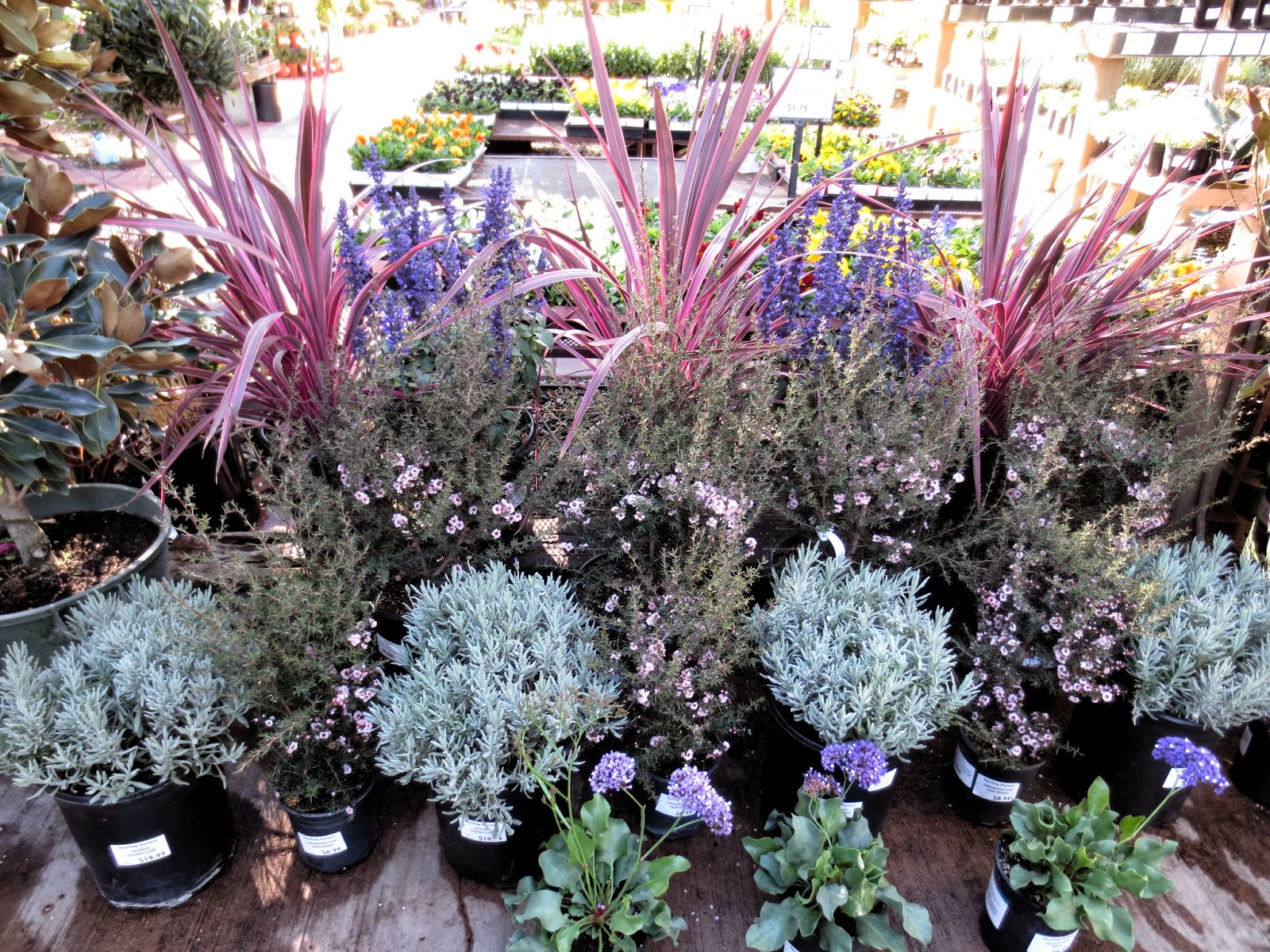 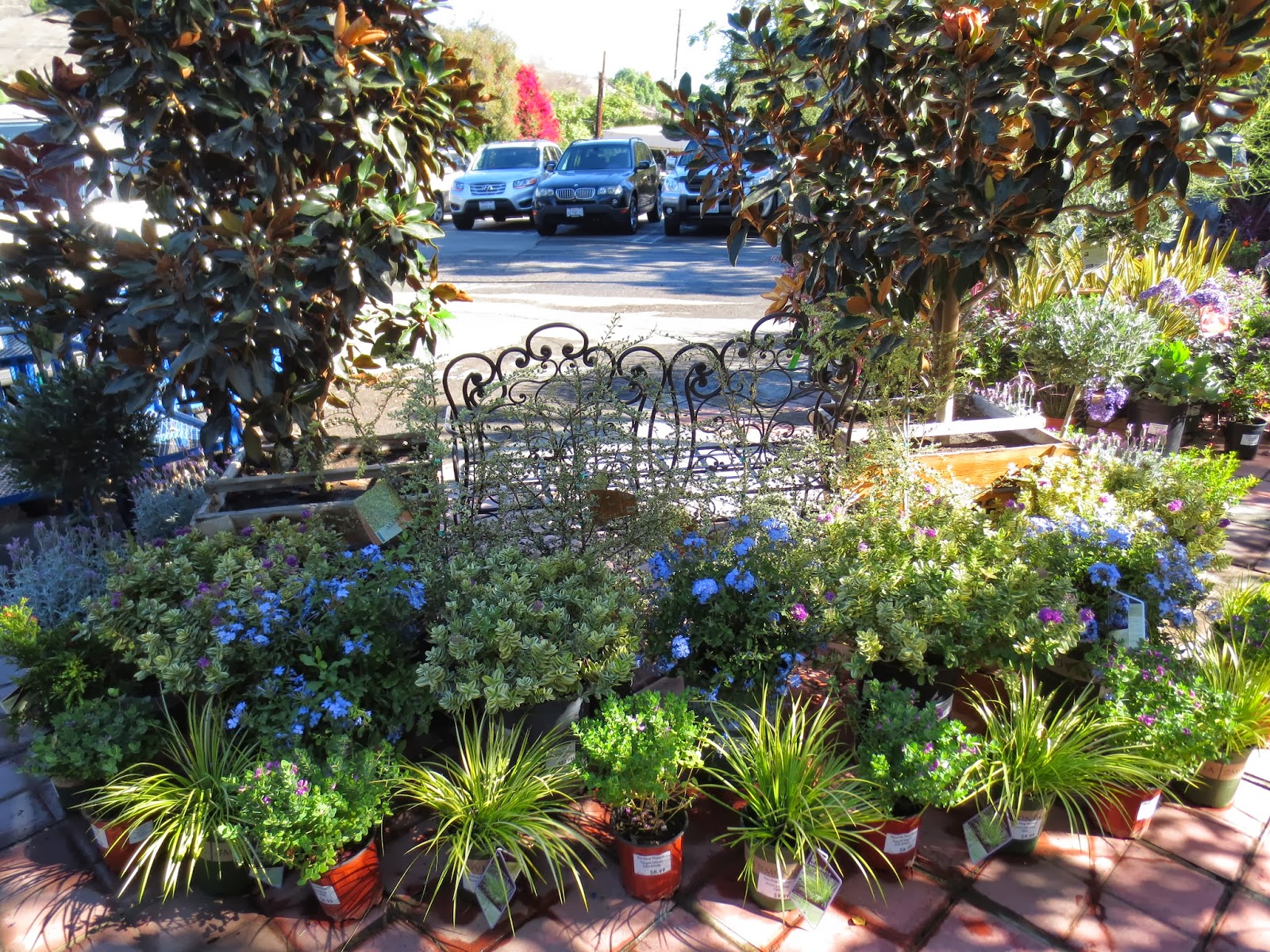 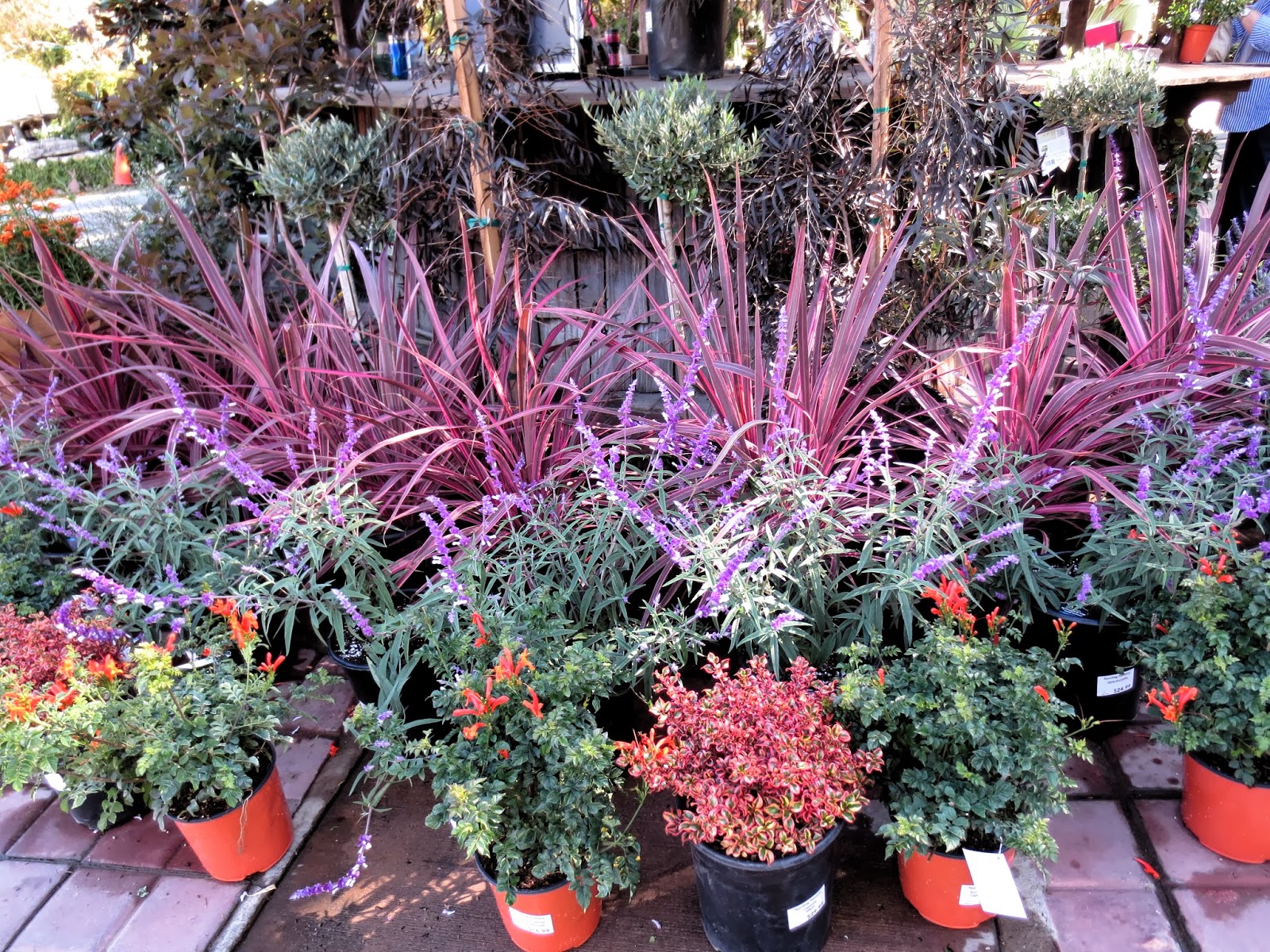 Succulent prices have sky-rocketed in the last few years, here and everywhere, but Sperling offers a nice selection. 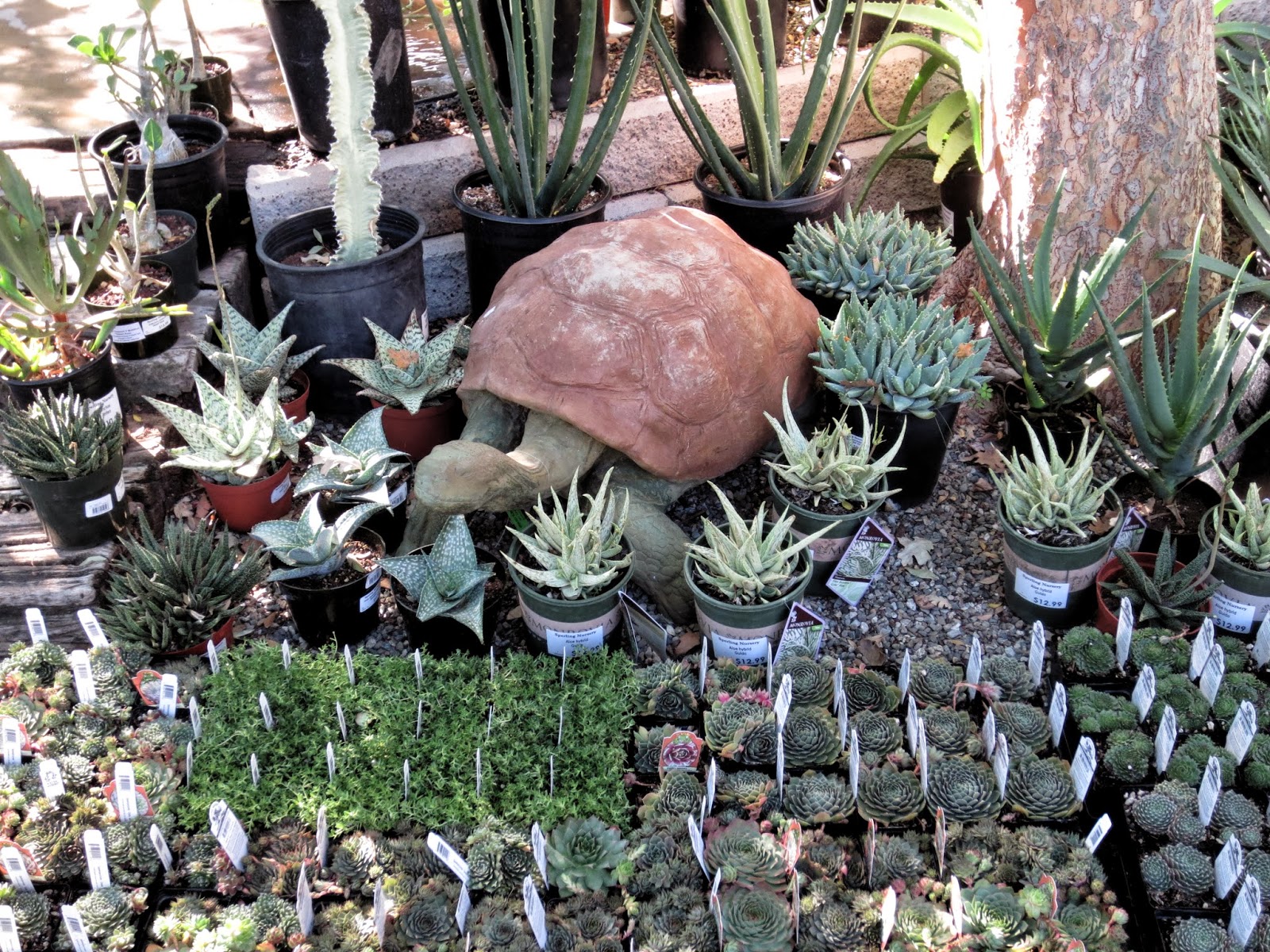 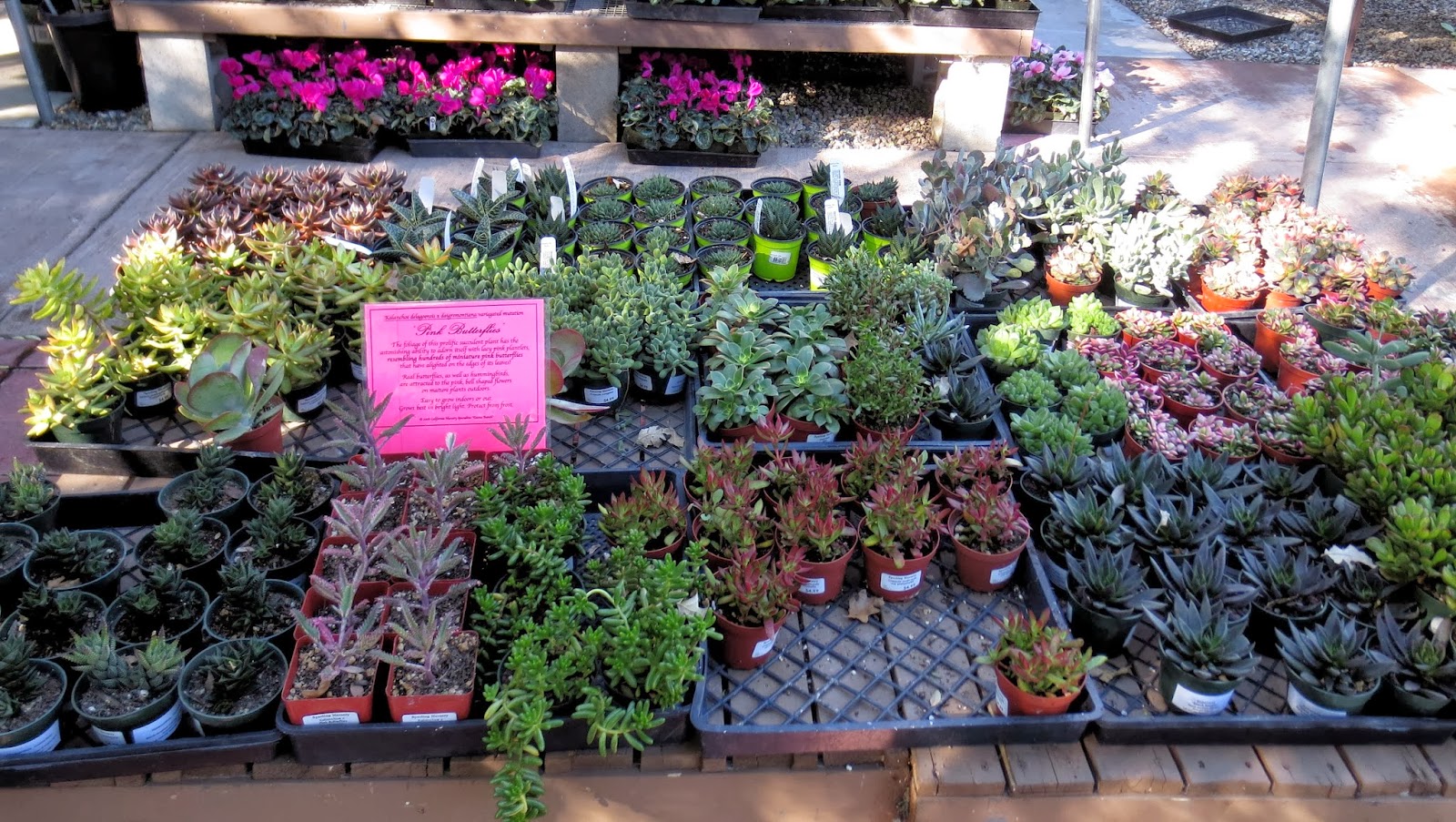 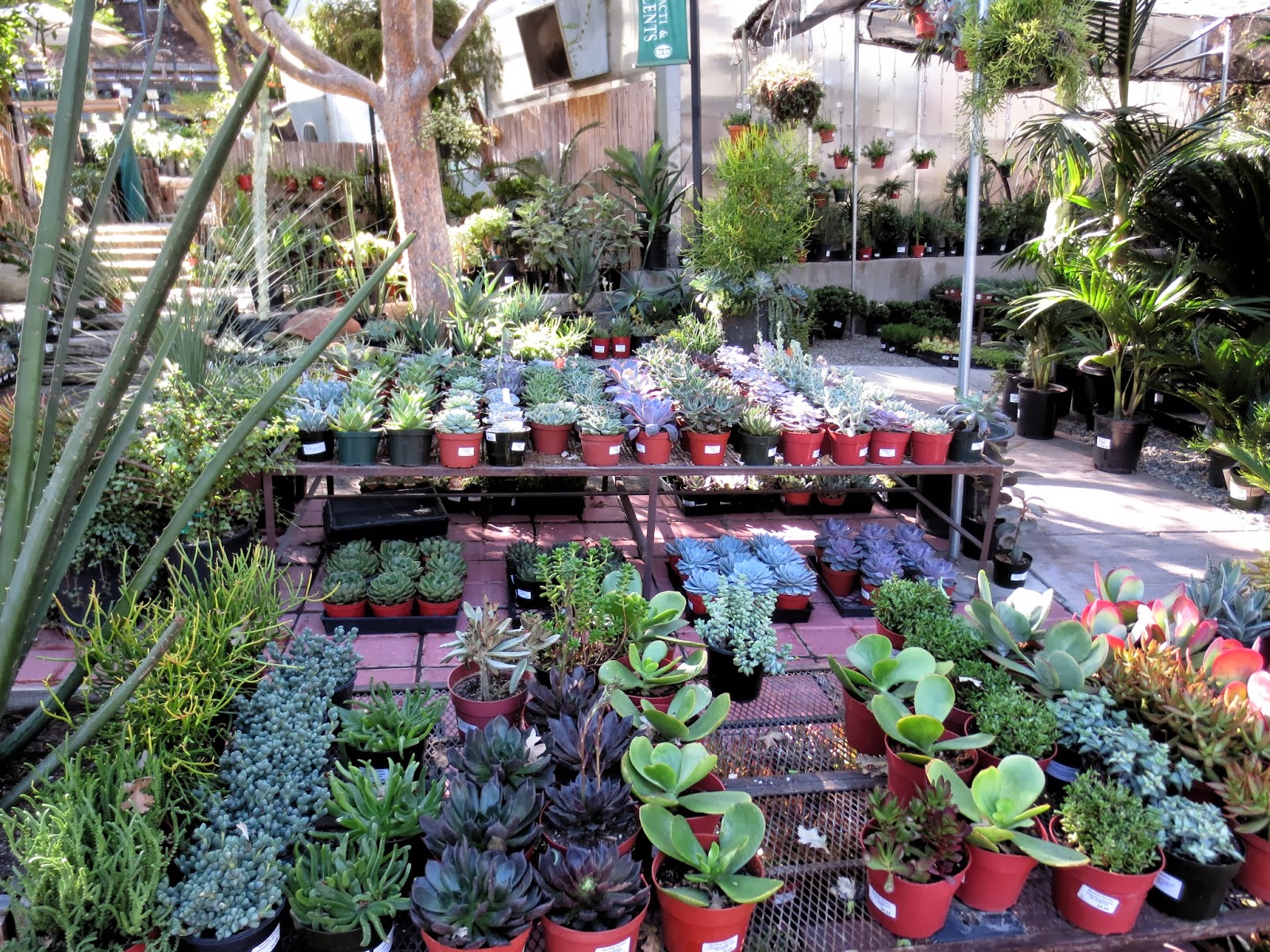 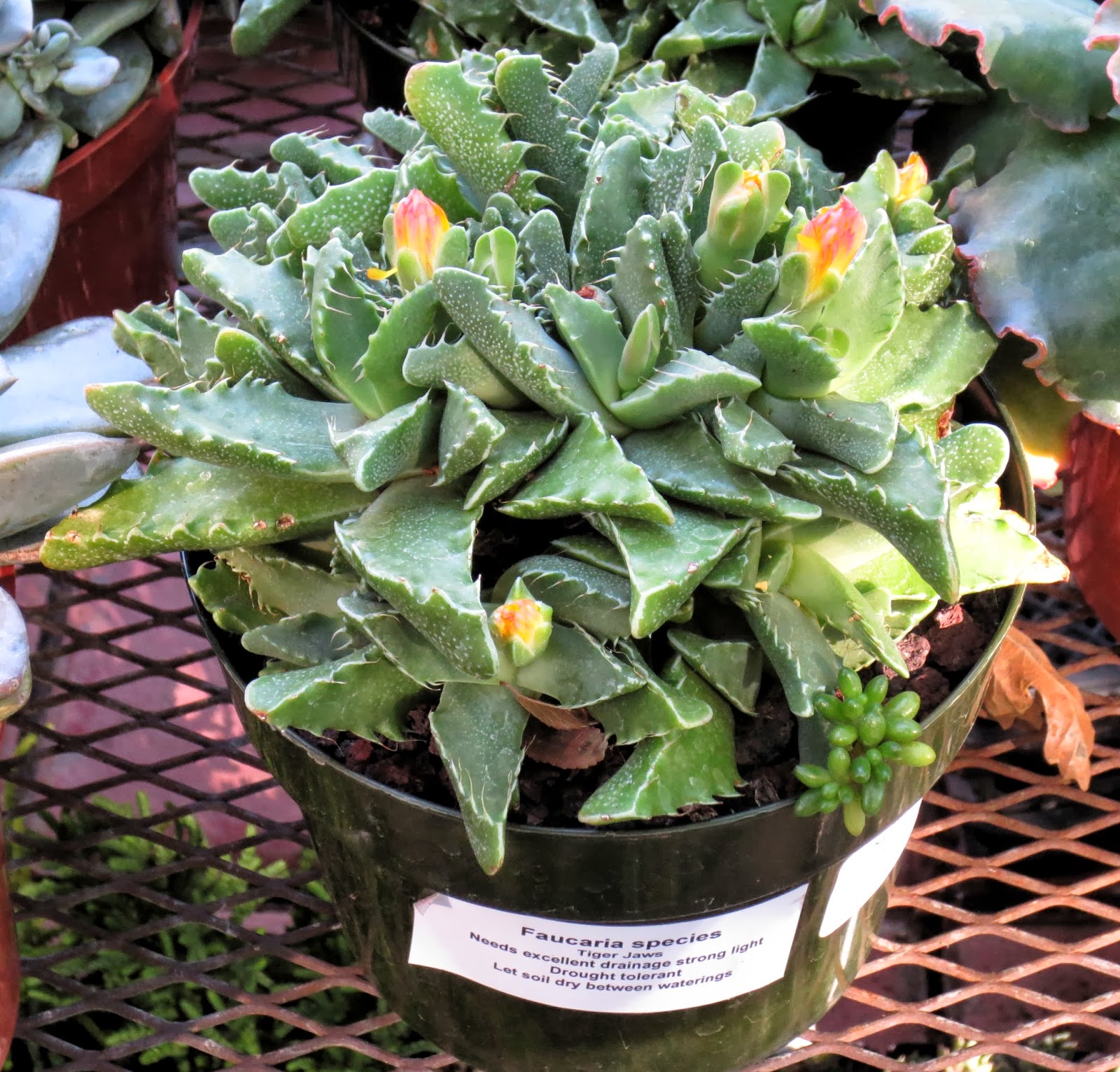 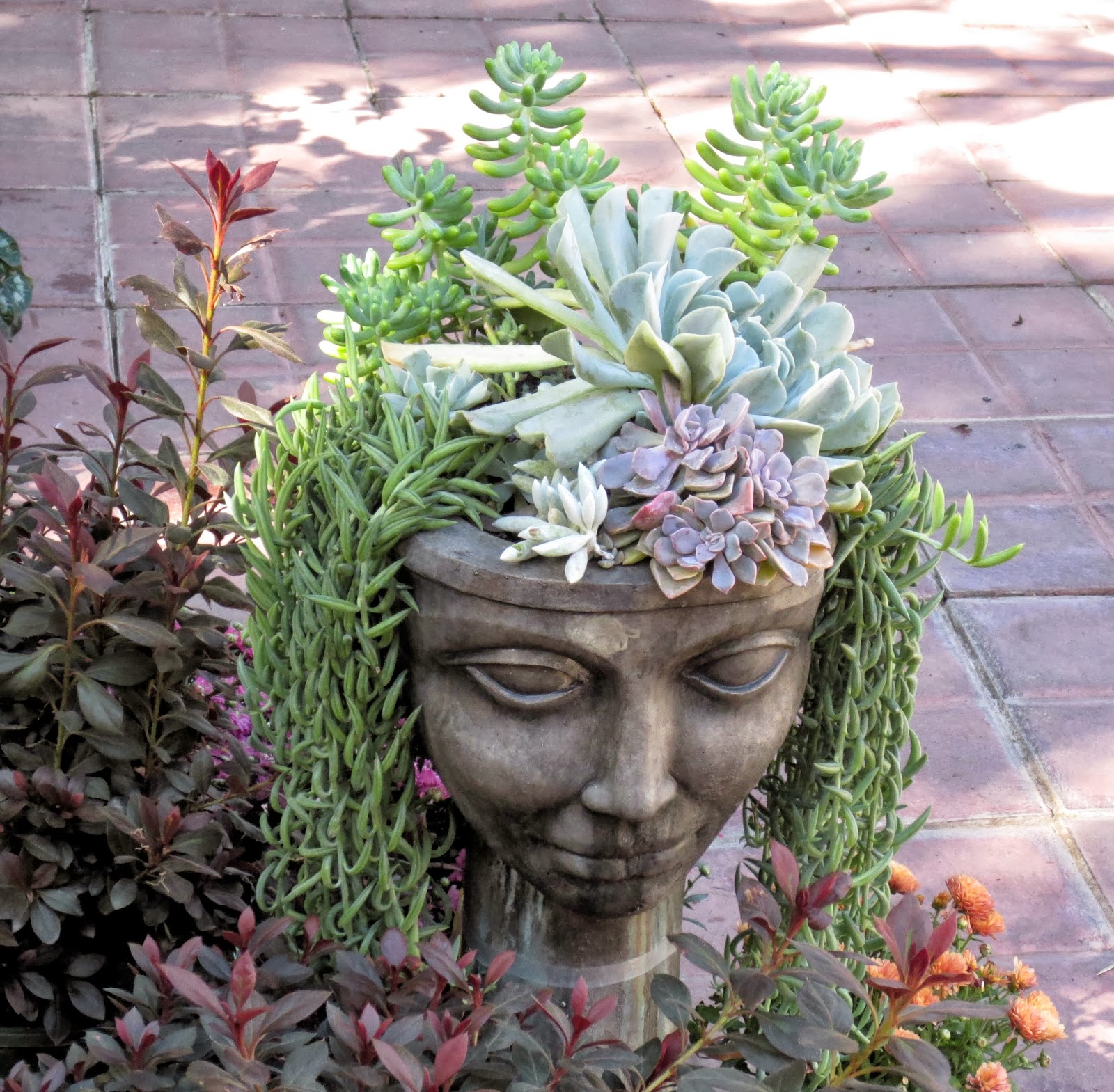 More than any other nursery I can think of, Sperling always entices me to buy garden ornaments I don't need.  I somehow managed to avoid such purchases on this trip, although I was tempted.  (I didn't even set foot in the gift shop.) 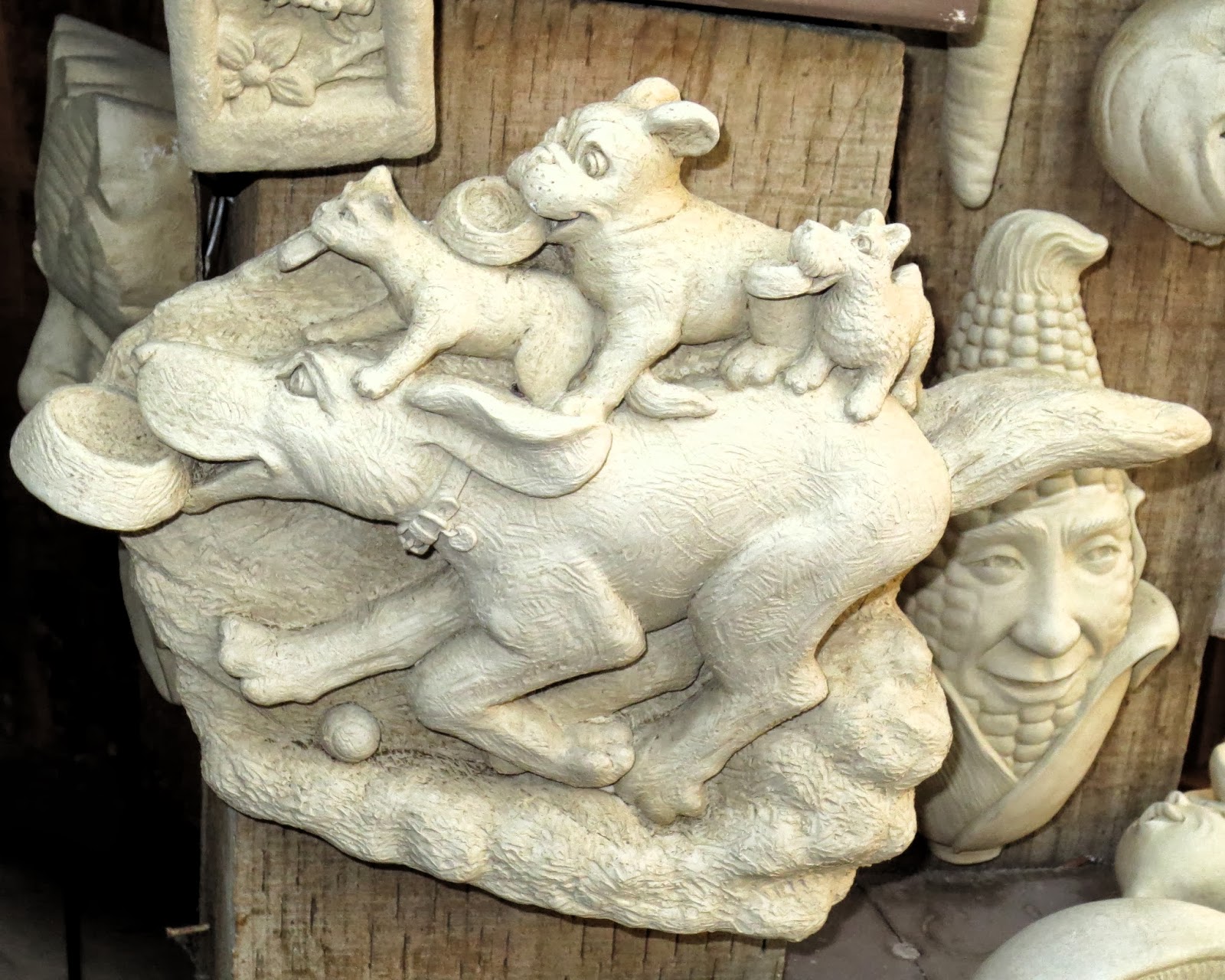 My friend was attracted to this rhino pot containing an interesting succulent (but she resisted too). 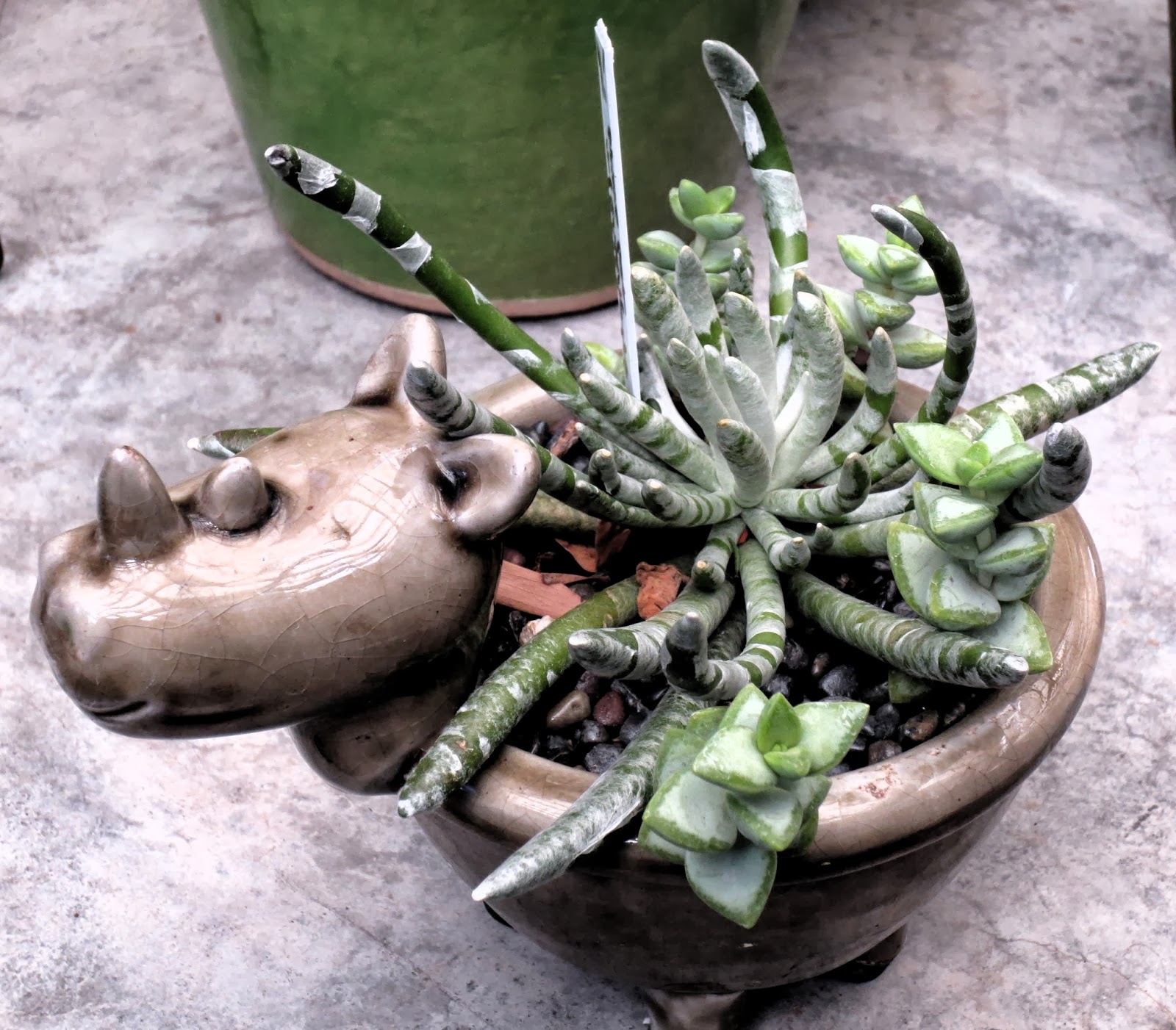 I was tempted by a beautiful Grevillea.  I passed on it because I couldn't think where to put it but I'm still kicking myself.  Maybe I need to move other plants to make room for it?

Here's what I did bring home:

I was happy enough with my Sperling purchases - they'll fill some empty spaces in my back and side yard borders -  but I have to admit that they weren't that exciting.  So, after leaving my friend in the Valley, I decided to stop at another of my favorite independent garden centers on my way home.  Marina Del Rey Garden Center is conveniently located right off the freeway, not far from the ocean.  I once worked nearby and I've been going there for years, although it's a little more out of the way for me now.  It generally offers a good selection of plants but the staff doesn't always seem as well-informed as I'd like to find.

The garden center had a Halloween pumpkin patch and jumper/bouncey house thing going for kids.  I skirted around that and headed straight for the small-sized perennials.


I took a stroll through the larger plants in the back.

I spent a lot of time perusing the center's wide selection of succulents. 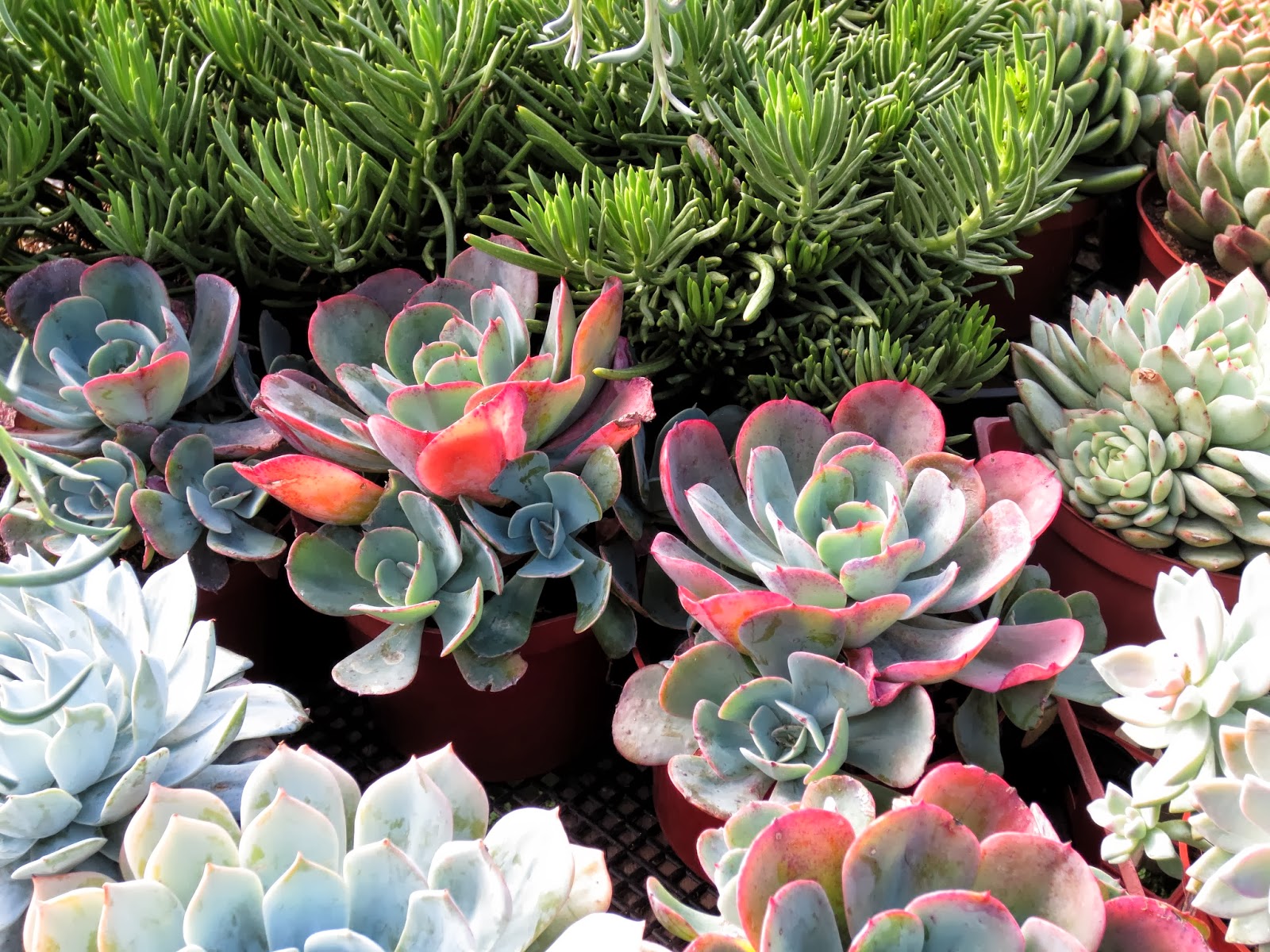 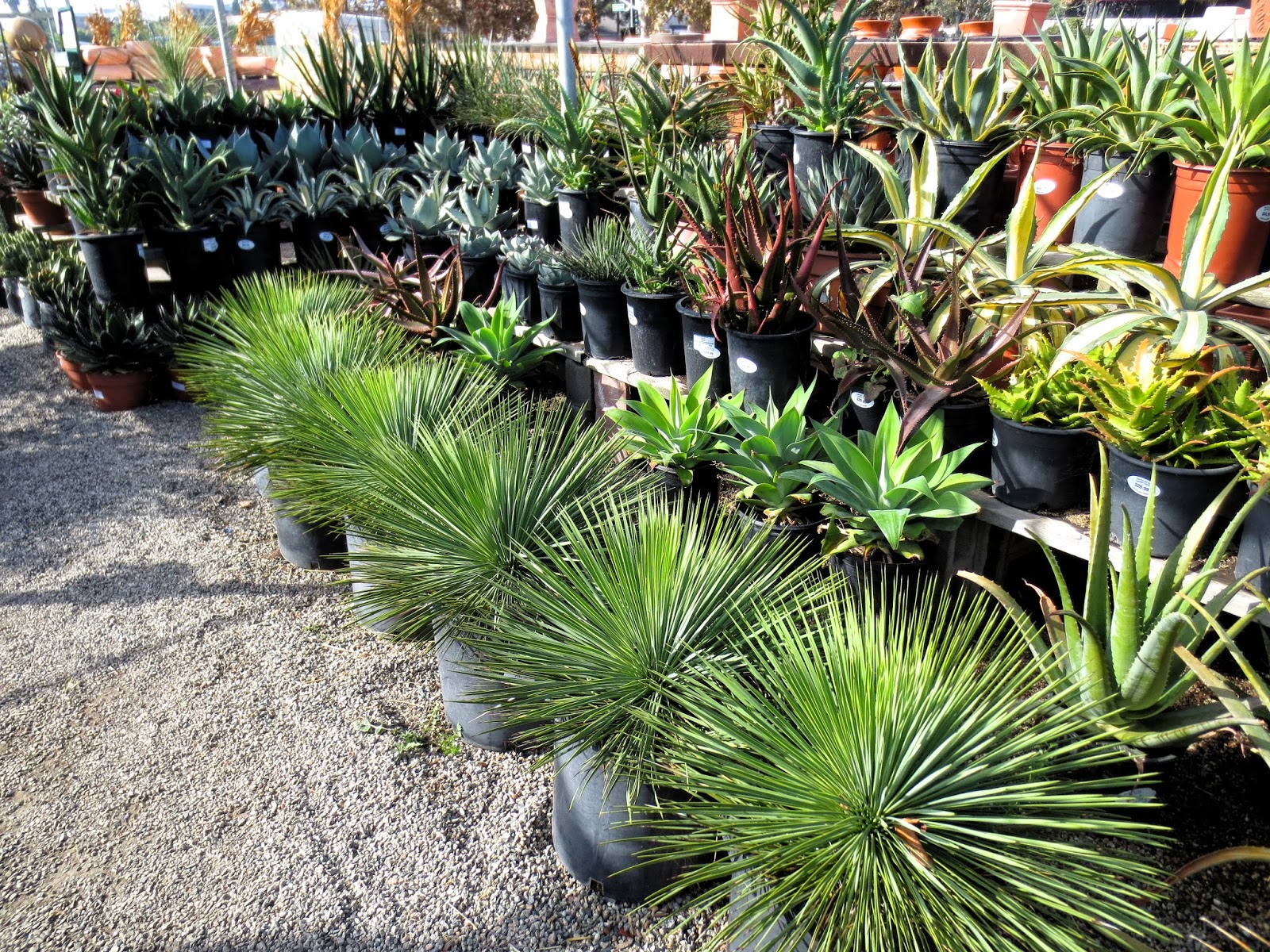 I passed on most of the uber-expensive succulents but I did splurge on a large Agave 'Blue Glow' even though the center offered budget-friendly $10 plants in 4-inch pots.  Here's what I took home:

All things considered, it was a good shopping day.
Posted by Kris Peterson at 1:34 PM