Before the Christmas tree takeover...

In late November, just before Thanksgiving is celebrated in the US, Christmas trees are trucked into some of my favorite garden centers in large numbers.  In many cases, that means that wide areas are cleared of garden plants for the duration of the holiday season to make room.  Although few if any nurseries or garden centers in my part of the country close during the winter months, the plant selection available in December and January can be very limited.  As the cool period leading into our short winter rainy season is generally the best time of the year to plant, this is frustrating to say the least.

I decided to get as much plant shopping done in the next few weeks as possible to spare myself that frustration.  I visited two of my favorite nurseries to the the north in early October with a friend.  This week I targeted Deep Roots, a garden center in Manhattan Beach, about half an hour away from my home.  I used to drop in there regularly after lunch with friends but, for a variety of reasons, I haven't visited since early in 2019.  I'd almost forgotten how much I appreciated their selection of plants.

With apologies for the quality of the photos, which were taken with my soon-to-be-retired 3G phone, here are some photos to give you an idea of what attracted my attention:

I was tempted by some of the plants shown above but most were in large pots and were priced to reflect that.   I checked the sale tables for smaller plants. 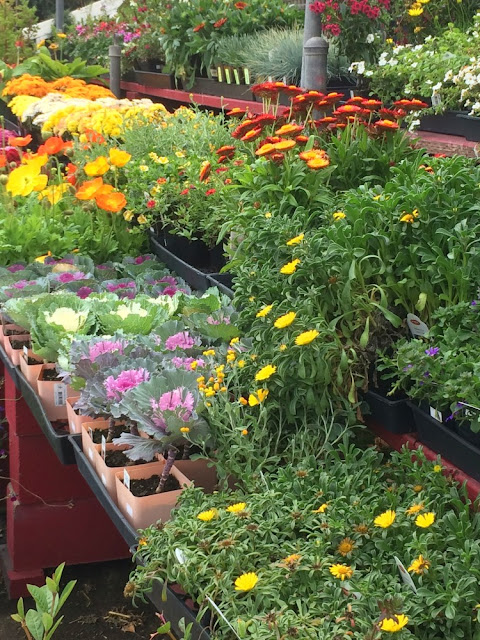 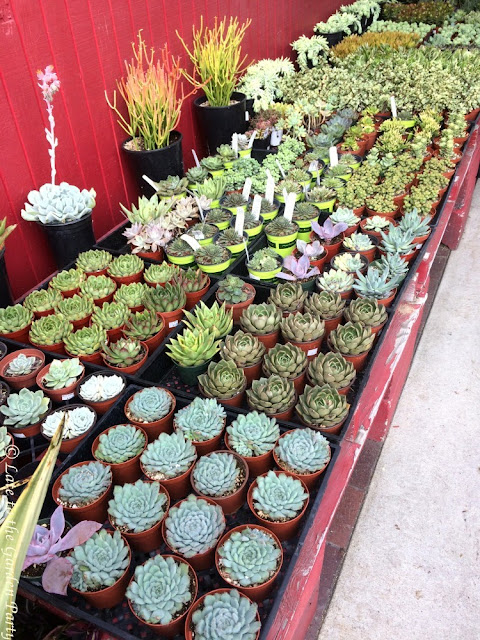 In light of our ongoing drought, it's probably not surprising that I focused on the succulent selection.

When I went to check out, I was told that all the outdoor plants were 50% off!  I'm still not sure why I didn't go back and gather a few of those plants in the big pots but maybe I'll find time to swing by again before everything's tucked away to make room for the Christmas trees.

On the way home, I swung by another garden center in Redondo Beach, close to my former home, but I found it's now open on a limited schedule so that was a bust.  However, yesterday I met a friend for lunch and decided that a quick stop by Elwood Nursery across the street was in order, since I don't think I've visited there since early in 2020.
On my way home, I also dropped in at Armstrong Garden Center in Torrance to pick up a special order I'd placed for two flats of creeping thyme.  I've visited this store regularly throughout the pandemic but, whenever I visit, I feel it necessary to stroll all the aisles to see if there's anything new I "need."  In addition to my 'Elfin' thyme, I brought home a few other things, including these:

It looks like I'll be plenty busy this weekend!  I hope you enjoy your weekend too.

Posted by Kris Peterson at 9:21 AM