Early Sunday morning, when the sun was barely up, I woke to rain.  It was light and didn't last long but I appreciated the moment.  Everything was suddenly cleaner, fresher and brighter.

We picked up 0.07/inch of rain, raising our seasonal total (registered since October 1st) to 0.15/inch.  Of course, I would have liked to have seen more but, for that moment at least, it was enough.  It scrubbed away the gray haze that usually hangs over the horizon and the whole world, or at least my little corner of it, seemed shiny and bright.


I spent the day in the garden clearing out summer's losses, cutting back plants, spreading compost, planting seeds and recent purchases, and moving existing plants that needed moving.  It was glorious and the weather couldn't have been more perfect. 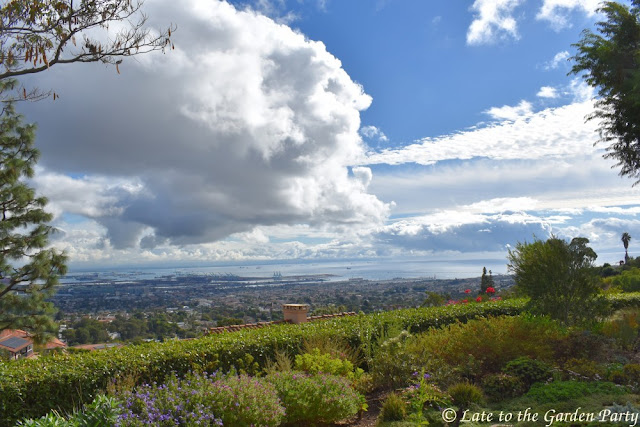 Late that evening I heard the news about the shooting in Texas, which I found heartbreaking and crushingly depressing even though I'd come to believe that I'd been desensitized to these events, which our elected federal officials have repeatedly shown themselves incapable of addressing constructively.  I even wondered how I could have felt such joy Sunday morning about a mere shift in the weather when a thousand miles away a church full of people had been shot, whether I knew about it or not. But terrible things happen all over the world every day and I realized that each one of us must treasure those perfect moments when they materialize, if only to maintain our own sanity.  So, instead of crawling into a deep hole of despair, I threw myself back into work in the garden the following day.  I also rededicated myself to the philosophy of "thinking globally and acting locally," not only with respect to environmental issues but also social issues.  If we demand rational action rather than meaningless repetitious platitudes from our officials, perhaps common sense will prevail, eventually.  I realize that a failure to report the shooter's history of domestic violence made it possible for him to purchase the weapons used in Sunday's attack, but that ignores the facts that many US states still don't have laws limiting gun purchases by those convicted of domestic violence, previously shown to correlate with gun violence.  And, as I've already taken my garden blog further into social issues than I should, I won't even start on the pervasive gun show loopholes.

My photos of clear skies, shimmering ocean water, and bright sunlight are my Wednesday Vignette.  For more, visit Anna at Flutter & Hum.