Wednesday Vignette: When is a rock not a rock?

In addition to the weeds attempting to take over my garden following our December and January rain, there's also been a noticeable increase in fungi.  I came across one specimen on January 1st and snapped its picture, amused that this clump of mushrooms appeared to be doing its best to imitate the rock next to it. 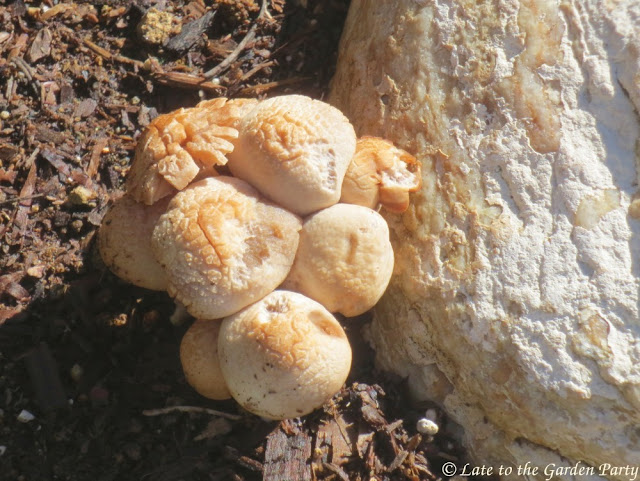 Unlike Anna, the host of Wednesday Vignette, I don't usually see political messages in the images I snap with my camera but, when I viewed this photo last night, I couldn't help but think of #45 sitting in the White House, attempting a poor imitation of a President.  Early on, I did my best to respect the will of the people, a hallmark of our democracy, but even before his inauguration he'd managed to disappoint me time and time again.  I've read that liberals took the candidate "literally but not seriously" and some may indeed be guilty of that error.  On the other hand, socially conscious conservatives, some of them good friends, took him "seriously but not literally" and that seems to have been a serious error too.  #45 questions the motivations of those who are marching against him, his cabinet nominees, and his executive orders.  Where were the marchers when votes were cast, he asks.  Well, most of those marchers voted and some of their children who've marched beside them will vote in the near future.  And others who now realize that the political shake-up they sought may cause more harm than good and galvanize a liberal backlash hearkening back to the protests against the Vietnam War are joining in the marches too.  Torture?  An immigration ban based on religion?  A trade war with our neighbor?  A useless, expensive wall to be paid for upfront by US taxpayers?  Really?

I checked on the rock-imitating mushrooms this morning.  They've already decayed in the light of last week's strong sun and warm temperatures, leaving just a dark smudge on the nearby rock.  I expect that I can easily clean that off.  If only eliminating the smudge on our nation's integrity and reputation were so easy. 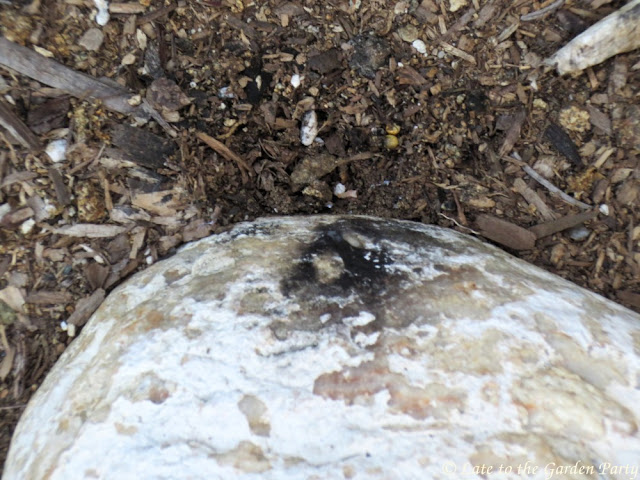