Most years, the annual the Rose Parade in Pasadena, broadcast around the world, proceeds under crystal blue skies on the first or second day of January.  It's only rained 10 times in the parade's 128 year history and, although it didn't rain during Monday's parade, the skies above were gray.  Gray skies don't mesh with people's perceptions of sunny Southern California.

But, for those of us who've struggled with drought for 6 years, those gray skies are to be celebrated, not reviled.  Gray skies brought more rain in December than Los Angeles has seen in the last 6 years and that trend seems set to continue into January and possibly beyond.

Nothing much was expected from the storm that arrived Wednesday night; however, a soft, gentle rain continued overnight and left us socked in Thursday morning.  It felt as if we were living inside a cloud.

The rain continued until near noon on Thursday and our roof-top weather station registered 0.72/inch.  The rain flattened the Narcissi by the back door. 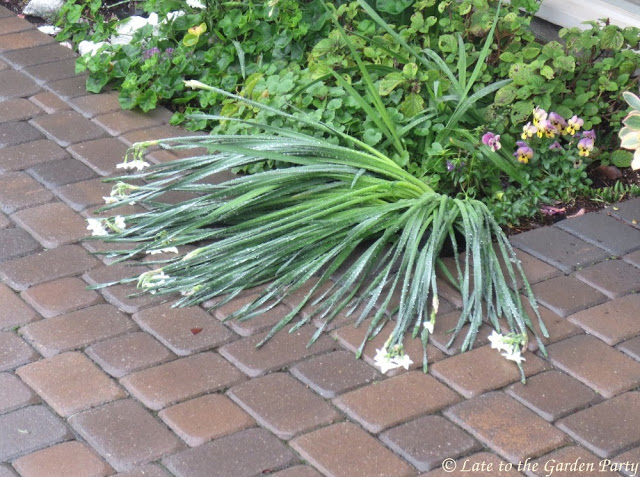 But it made the birds happy. 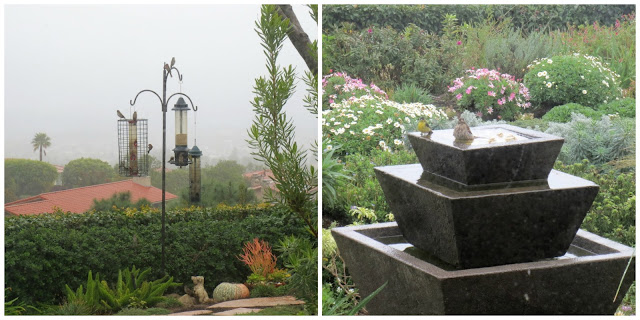 And gave plants a special glow.

The sun made a brief appearance mid-afternoon on Thursday, before the clouds closed in around us again. 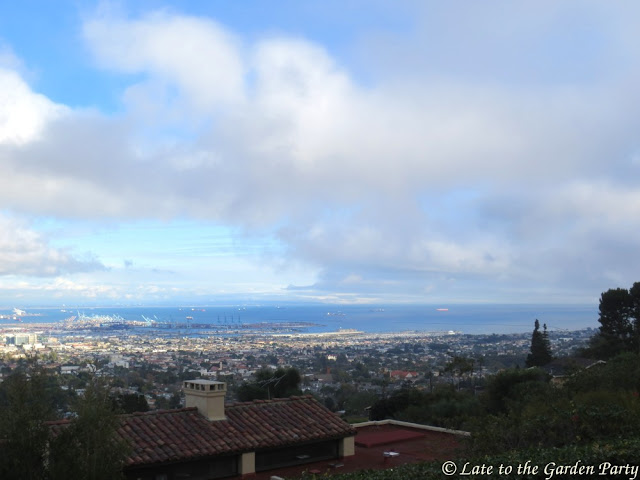 Meanwhile, my husband's efforts to calibrate the accuracy of our weather station continue.  The apparatus he set up before Christmas was refined.  I was provided charts showing the variability in the data collected during the last storm of 2016.

I have yet to receive my updated chart but it now appears clear that the station mounted on our roof consistently underestimates the actual amount of rainfall in our location.  The evaluation has now moved on to determining the underlying mechanical or other problem responsible for this.  For my part, I'm just glad to know that we got a good soaking, that my rain barrels are full, and that our total rain for this season is already well ahead of last year's level.  It's sunny this morning but another rainstorm is due tomorrow.  Let it pour.