Visit to The Huntington Gardens - Part 1

To celebrate my recent birthday, my husband took me to The Huntington Gardens.  I don't visit as often as I'd like as I hate driving through downtown Los Angeles (despite the fact I worked downtown for 8 years in one job and had a relatively long-term assignment in Pasadena in another job).  But the Sunday morning traffic was remarkably light and the commute in each direction was just under an hour (although it would have been longer had I been doing the driving instead of my husband).

Even though we didn't cover anywhere near all the gardens, I took a ridiculous number of photos.  I've gone through these and tossed out a lot but there are still way too many to share in one post without testing your patience so I'll break our visit up into at least 2 parts.  This one will focus on the Chinese Garden.  I saw this garden for the first time shortly after it opened to the public in 2008.  The plantings were very spare.  At that time the structures, rock formations and lake dominated the scene.  That was not the case during this visit. 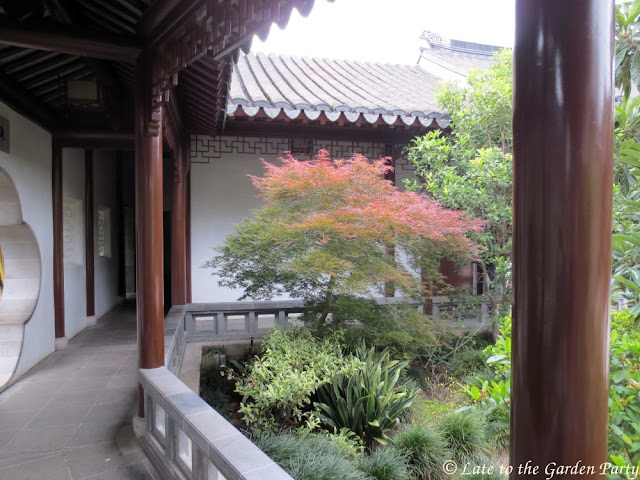 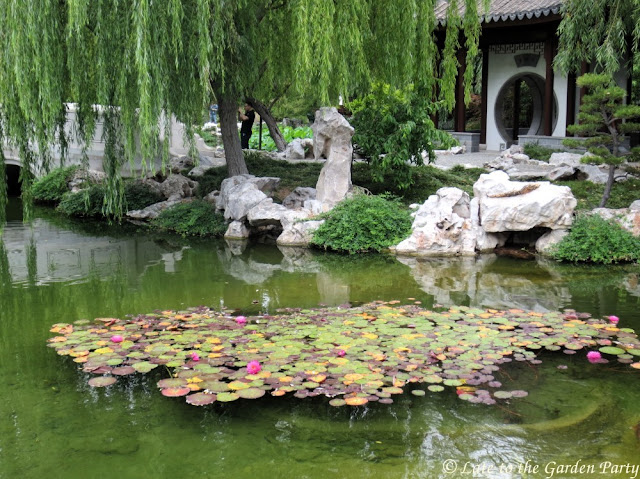 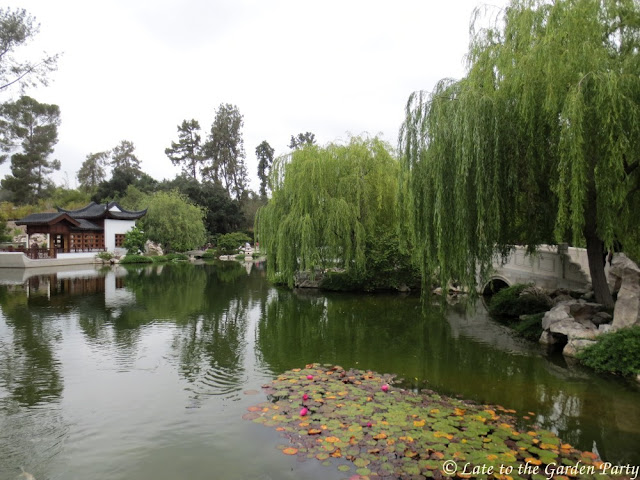 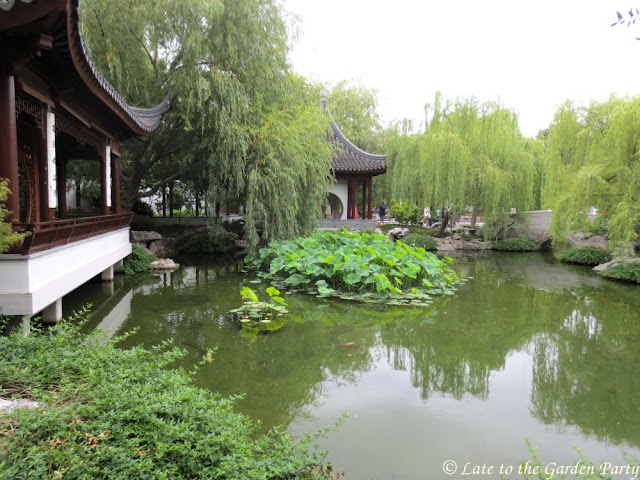 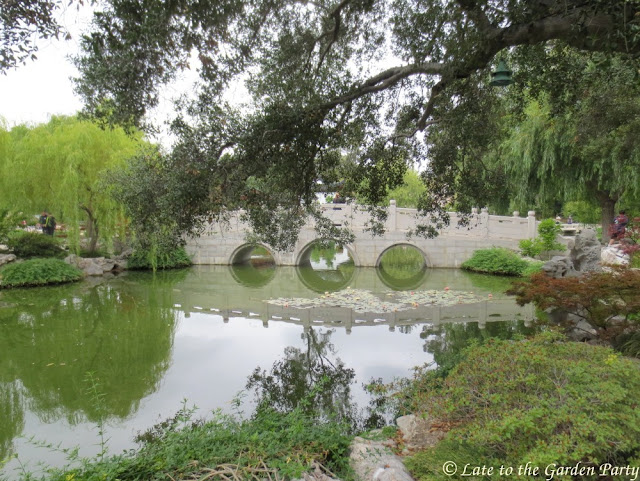 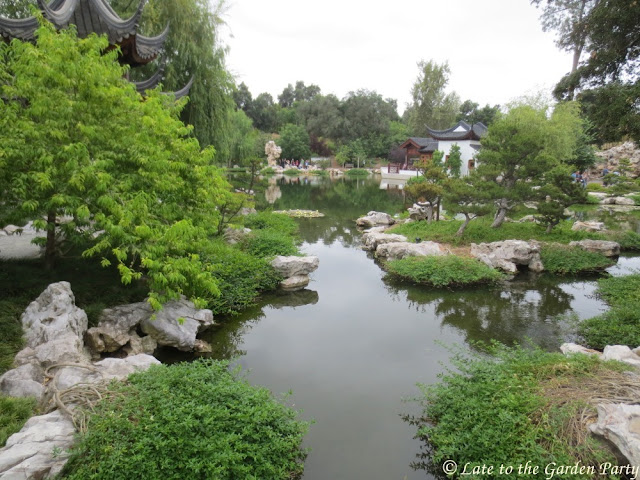 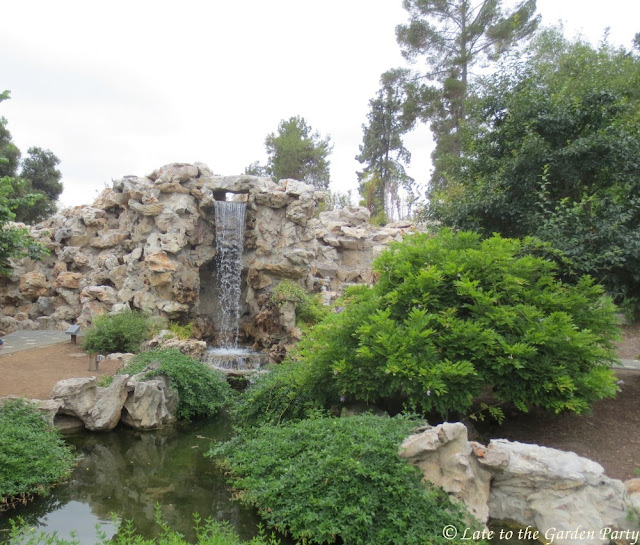 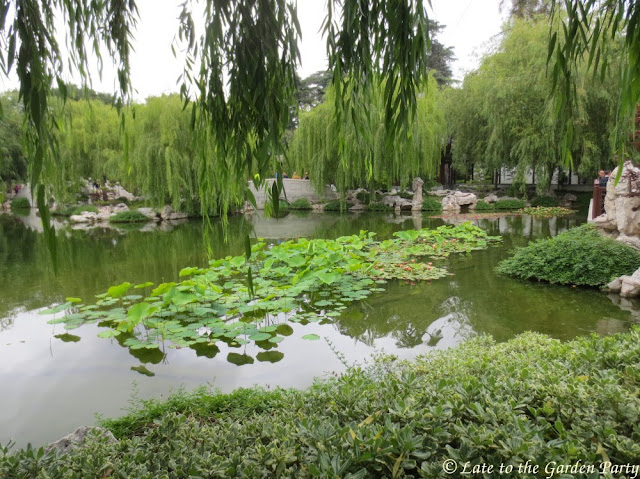 I have no photos from our 2008 visit but my husband found a few taken by my late mother-in-law.  I couldn't find any that exactly replicated the views I photographed, however.  This one comes the closest:

The Huntington has plans for a major expansion of the Chinese Garden.  There were banners advertising the plans posted in front of the areas where work was planned.

I'll cover our stroll through the Australian and Desert Gardens in another post.  My visit overlapped with one by Hoover Boo of "Piece of Eden,' although we didn't run into one another.  You can see her post here.  For now, I'll leave you with a few images of the California Garden near the entrance.  It's undergone a dramatic renovation since my last visit, part of an effort to conserve water by eliminating lawn and selecting more drought-tolerant plants.


We toured the gift shop before heading home.  My husband was feeling bad about buying me 3 new hoses for my birthday (even though I was happy to get them!) and, when I checked out a vase, he suggested that maybe I needed one for my my weekly vase posts.  In addition to vases, I checked out the garden books.  The Huntington had a whole section focused on the new California garden.  I was pleased to see several I already owned, including these:

You'll see my new vase in another post - soon I expect.