In a Vase on Monday: The Vessel Sets the Scene

My husband bought me a new vase on our recent visit to the Huntington Botanical Gardens and, as I wanted to see what I could do with it, the vessel determined the choice of flowers this week rather than vice versa.

I looked for plants that would complement the vase but not eclipse it.

I'd been hoping that my Eustoma grandiflorum (aka Lisianthus) would be ready for picking but they've been slow to bloom this year.  They're close but not quite there.

The noID pink lilies were my second choice.  I received 3 bulbs with a purchase of other bulbs a few years ago and, while the beautiful 'Stargazer' lilies I planted shortly after we moved in have long since died out, these continue to return.

I selected just 3 other plants to accompany the lilies:

As I wandered my garden in search of companions for the lilies, I'd cut a number of other plants on spec as well.  Although I'd planned to construct a second vase of Achillea 'Moonshine' and Leucanthemum x superbum as both are available in quantity right now, my leftover cuttings pushed me in another color direction.


As the winds are up again and I'm wary about having my new porcelain vase take flight in the front entry (as 2 other vases have previously done), I placed it on the dining room table. 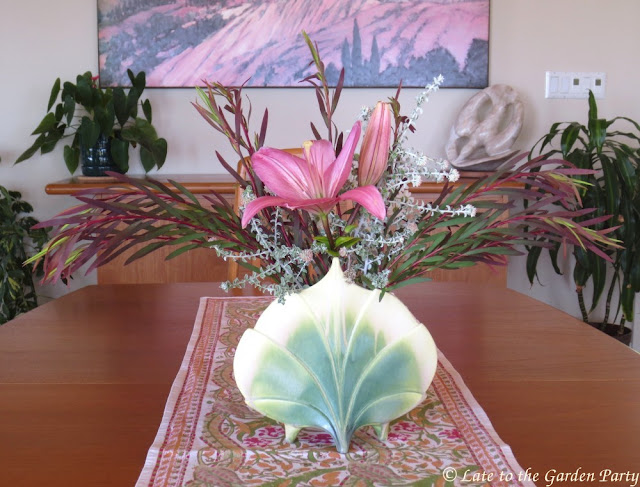 And the larger, heavier blue vase was placed in the front entry. 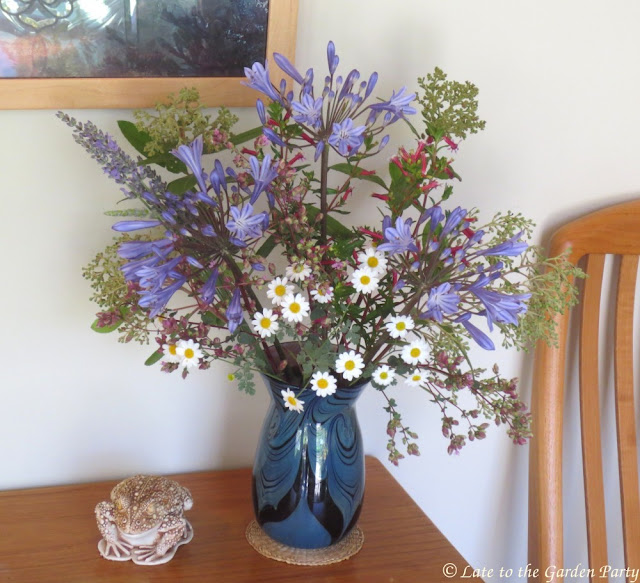 For more vases, visit Cathy of Rambling in the Garden, the host of "In a Vase on Monday."