In a Vase on Monday: A Mixed Bag

We had a nice cool weekend.  Although we didn't get much in the way of the rain (less than a tenth of an inch in total), gray clouds hovered over the horizon full of unrealized potential all weekend.  We don't usually get rain in spring but I've held onto the vague hope that El Niño might still deliver rain to Southern California when it weakened, as some pundits had predicted.  We're on the cusp of summer and, in the face of that reality, I spent a good portion of the weekend laying 3 cubic yards of mulch, hoping this will help the soil retain the little moisture it gets from our irrigation system.

I've got 3 vases again this week but they're a mixed bag, all very different from one another.  The first utilizes succulent flowers, which are suddenly appearing in abundance.


The second vase represents another attempt to do something with the Renga Lilies (Arthropodium cirratum) I featured in one of last week's vases.

The second vase was overcrowded with Renga Lilies but that's because I cut some stems with the idea of including them in the third vase, which needed a touch of white.  However, the flowers were eclipsed by the more vibrant blooms of Limonium perezii (aka sea lavender) so I removed them, tucking them into the second vase.


The first vase sits on my office desk. 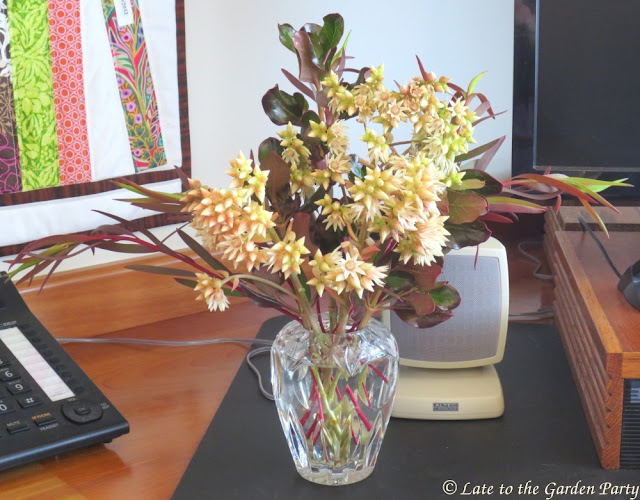 The second is in the front entry. 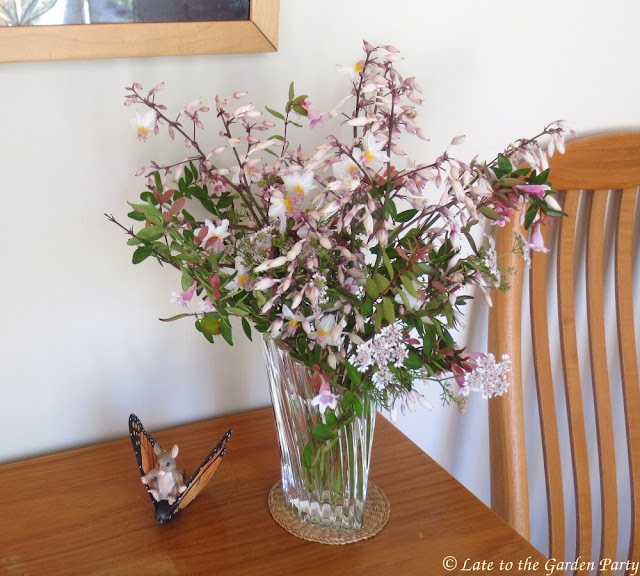 And the third is on the dining room table. 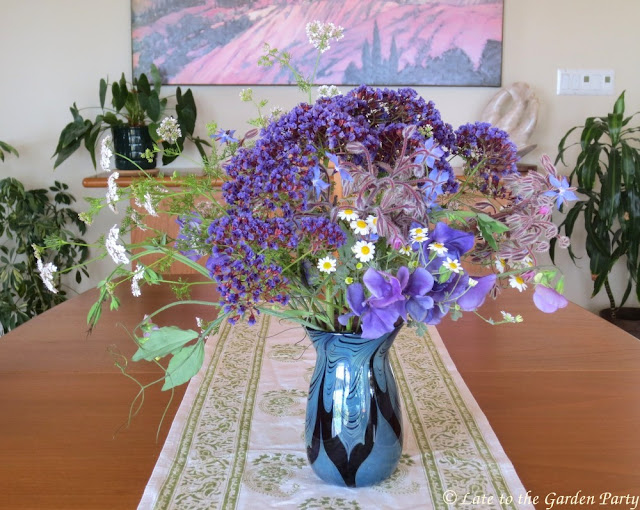 For more vases, visit Cathy, the host of "In a Vase on Monday," at Rambling in the Garden.