Why should we believe a groundhog?

Tuesday was Groundhog Day, a day on which a large rodent is dragged from its burrow to predict the beginning of spring.  If the groundhog sees his shadow, winter is supposed to extend its run another 6 weeks but, if the day is cloudy and there's no shadow, an early spring is expected.  Why this assessment based on the presence or absence of shadows requires a groundhog has never been clear to me.  The event and the festivities that accompany it date back to the 18th century in the United States and has roots in European traditions dating back much further.

The groundhog's range doesn't extend to California and, if it wasn't for the television coverage of the observances in the Northeast and the 1993 movie, I doubt it would even register here.  The groundhogs consulted for their annual predictions, like weather forecasters and news analysts, aren't particularly reliable.  According to Wikipedia, of the 34 groundhogs consulted in 2015, 17 predicted an early spring but 16 predicted 6 more weeks of winter.  The prediction of the last one, Jimmy of Sun Prairie, Wisconsin, was contested when he bit the mayor's ear during the critical phase of the shadow assessment.

In my own garden, the harbinger of spring is the flowering of my Pyrus calleryana (aka ornamental pear).  It has been dropping leaves since November but, last week, I looked up and noticed that buds had suddenly appeared all along its branches.  I didn't get out to take a photo of it until January 31st, when the first few buds were already opening. 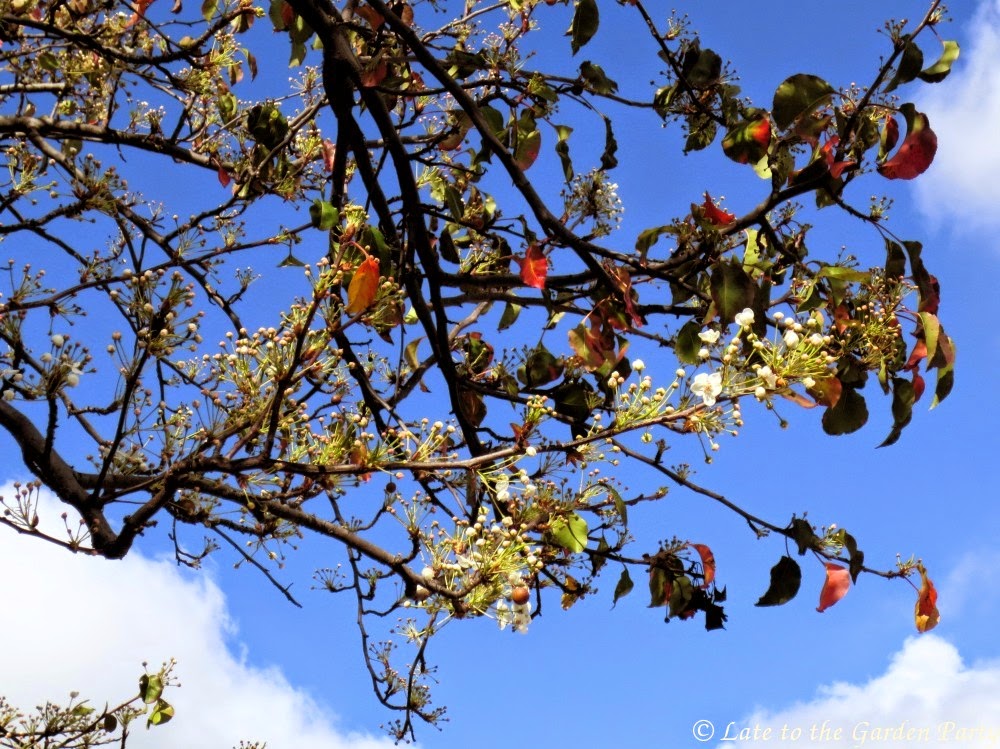 By Wednesday, as I drove up the street toward our driveway, I noticed this: 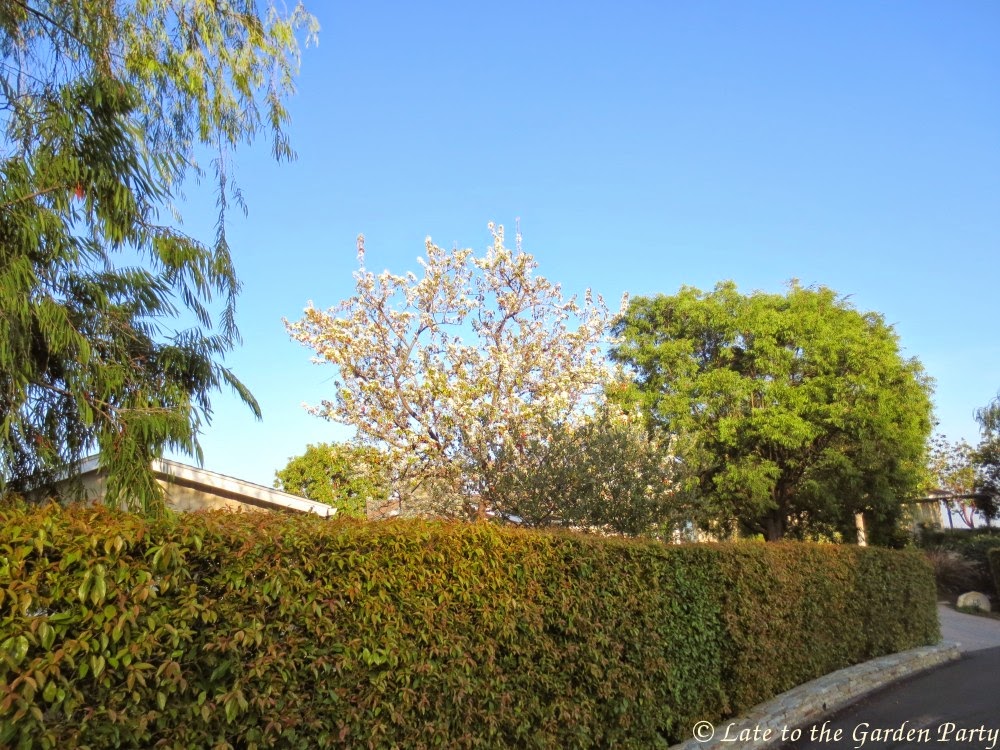 The tree was suddenly and completely in full bloom: 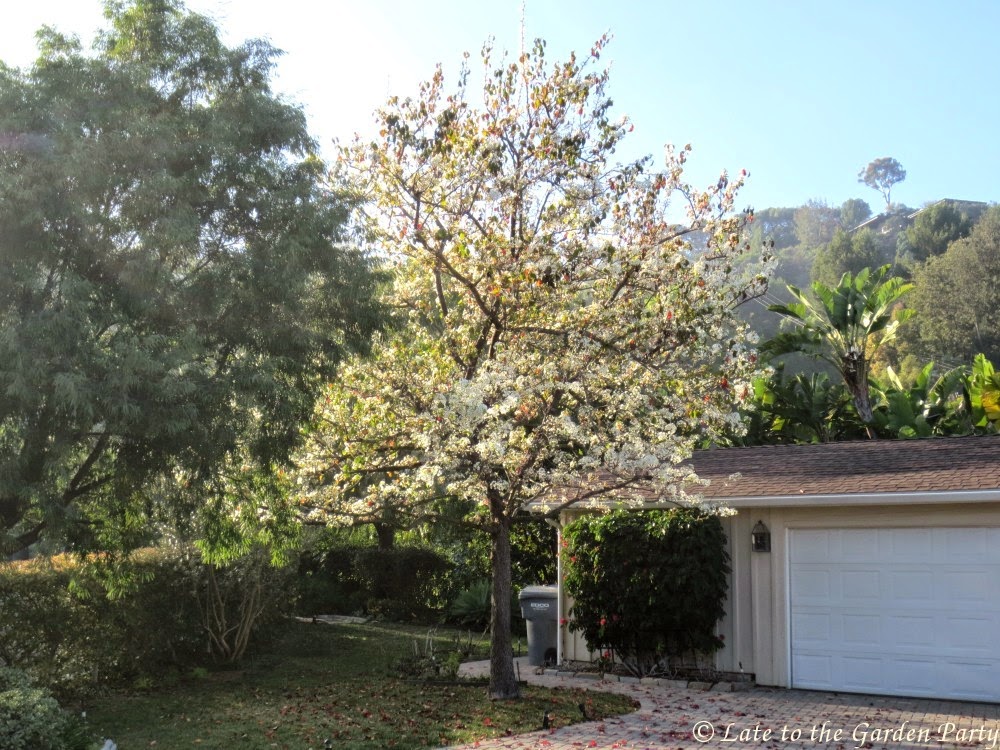 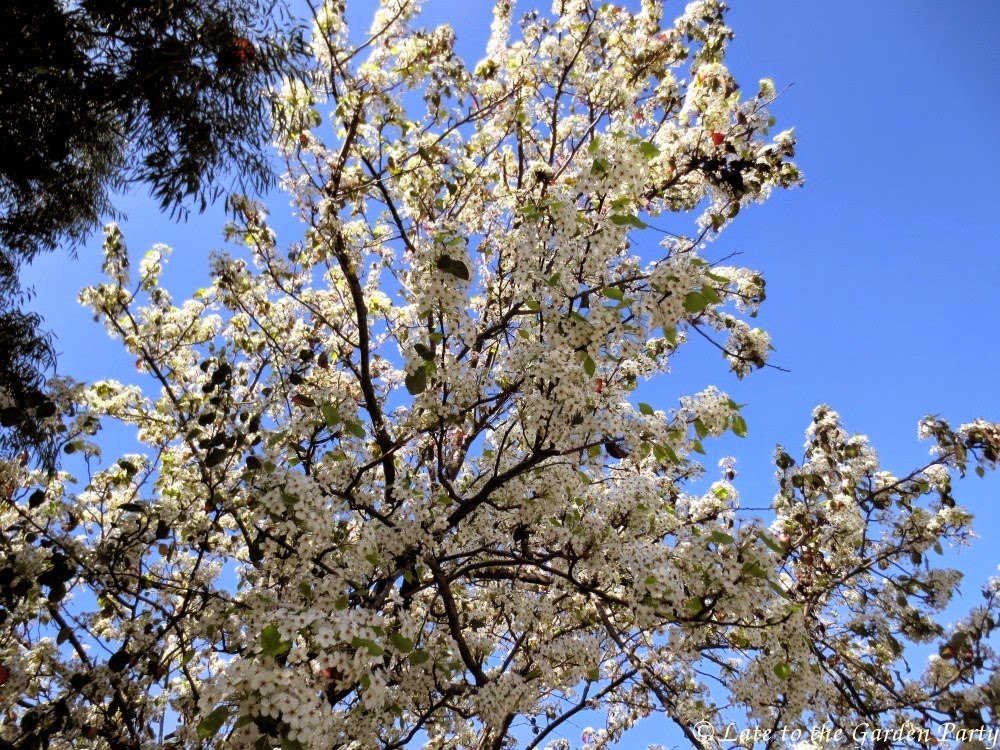 There are many methods for identifying the start of spring, groundhog predictions being just one. According to Encyclopedia Britannica, spring is the "the season between winter and summer during which temperatures gradually rise."  Our temperatures jerk up and down like a yo-yo throughout our "cool season" so changes there aren't helpful.  I don't put store in the predictions of rodents or temperature fluctuations but my tree is a credible source and it tells me that spring is just around the corner in my area of Southern California.

As soon as the ornamental pears begin their bloom cycle, I look at my garden more closely and I inevitably see signs that the garden is readying itself to explode into bloom.

Why should our definition of spring be linked to numbers on a calendar or a rodent's shadow?  Our gardens are the real prognosticators.  Bulbs breaking through soil, hatchlings in nests, the first flowers in a border - all signal the beginning of spring.  We just need to look for the signs.  What signals spring's arrival in your garden?