In a Vase on Monday: Supportive Players

In preparing my Bloom Day post, I discovered that the Cymbidium I'd been watching had finally bloomed, producing 4 flower spikes.  In the past, I've moved pots of blooming orchids from the veritable wasteland near the street where they're kept up near the house but this time I decided to cut some of the spikes for the vase prepared in connection with the weekly exercise hosted by Cathy at Rambling in the Garden.  I clipped 3 spikes before I could think better of this plan, which I may have done as the question that almost immediately presented itself was: what can hold its own with orchids?  Most of the flowers I considered, including yellow Freesias, succulent Bulbine, and fragrant Jasminum polyanthum, were immediately dismissed on the argument that they'd compete with, rather than support, the orchid flowers.  I ended up with a very simple arrangement using just 3 elements. 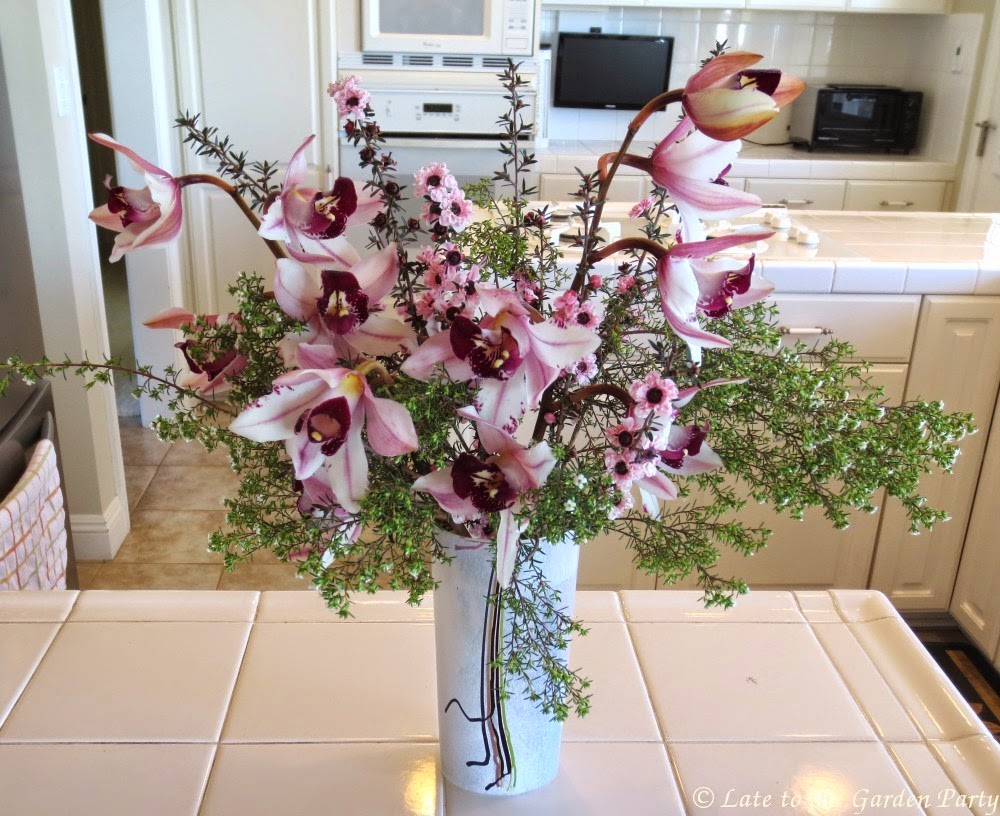 In addition to the Cymbidium spikes (no ID), I used  Coleonema album and Leptospermum scoparium 'Pink Pearl.'

The orchid had belonged to my mother-in-law, although her plant was originally a division of one of mine, now long gone.  The vase I used was a gift from my own mother, purchased on her one and only trip to Finland, her parents' homeland.  The arrangement sits on our dining room table, where I can appreciate the contributions of both women, both now also gone. 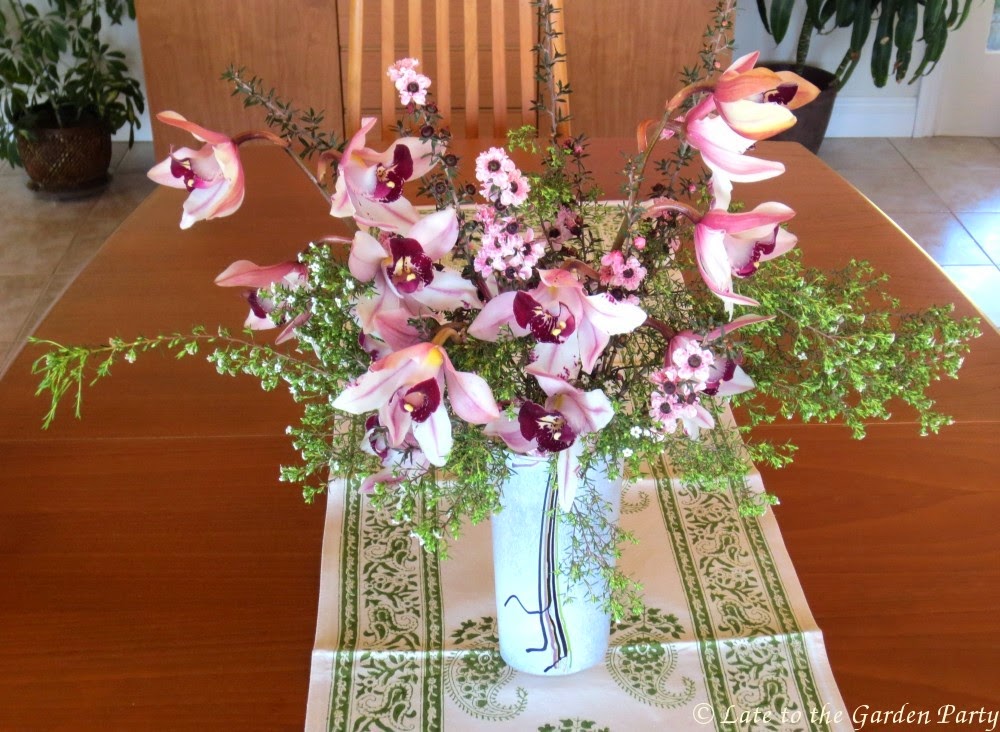 For more vases assembled from materials collected close to home, visit Cathy at Rambling in the Garden.