In a Vase on Monday: A Moment in the Spotlight

Even when I have quite a few flowers in the garden, I struggle with decisions about what to cut for a vase.  I don't like to duplicate the prior week's selections or color scheme if I can help it.  And some flowers are just poor candidates for life in a vase - either the flowers close up in low light or they don't survive long.  This week, the Primula obconica were calling. 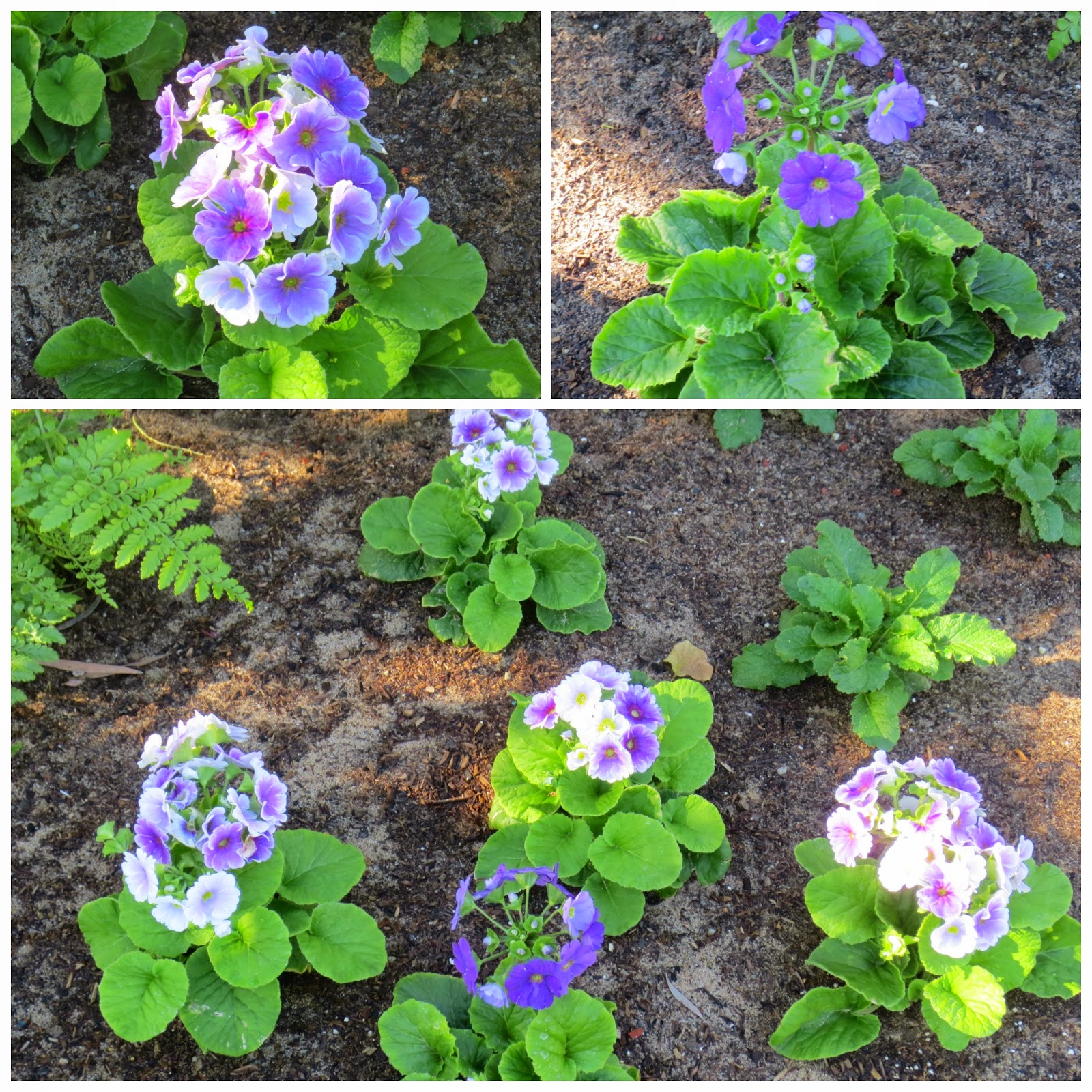 They're pretty enough and may have combined well with the deep blue Anemone coronaria in my backyard but my skin reacts to the small hairs on their leaves, resulting in a nasty, itchy rash.  This problem has been bred out of some P. obconica but, as I learned after planting these unlabeled varieties, this group isn't rash free.

So I went with Plan B.  In my Bloom Day post, I complained that my beautiful Bauhinia x blakeana tree had been loaded with flowers before our last rainstorm but it was in a sorry state when Bloom Day came around, with its pretty petals all over the ground.  It has since recovered some so, even though the blooms don't last long in a vase, I decided they deserved a moment in the spotlight.

The arrangement ended up on a glass end table in the living room.  (Last week's vase with the Leucadendron stems still occupies the area by the front door, where, with the exception of some of the Narcissus flowers, it looks as fresh as it did last Monday.) 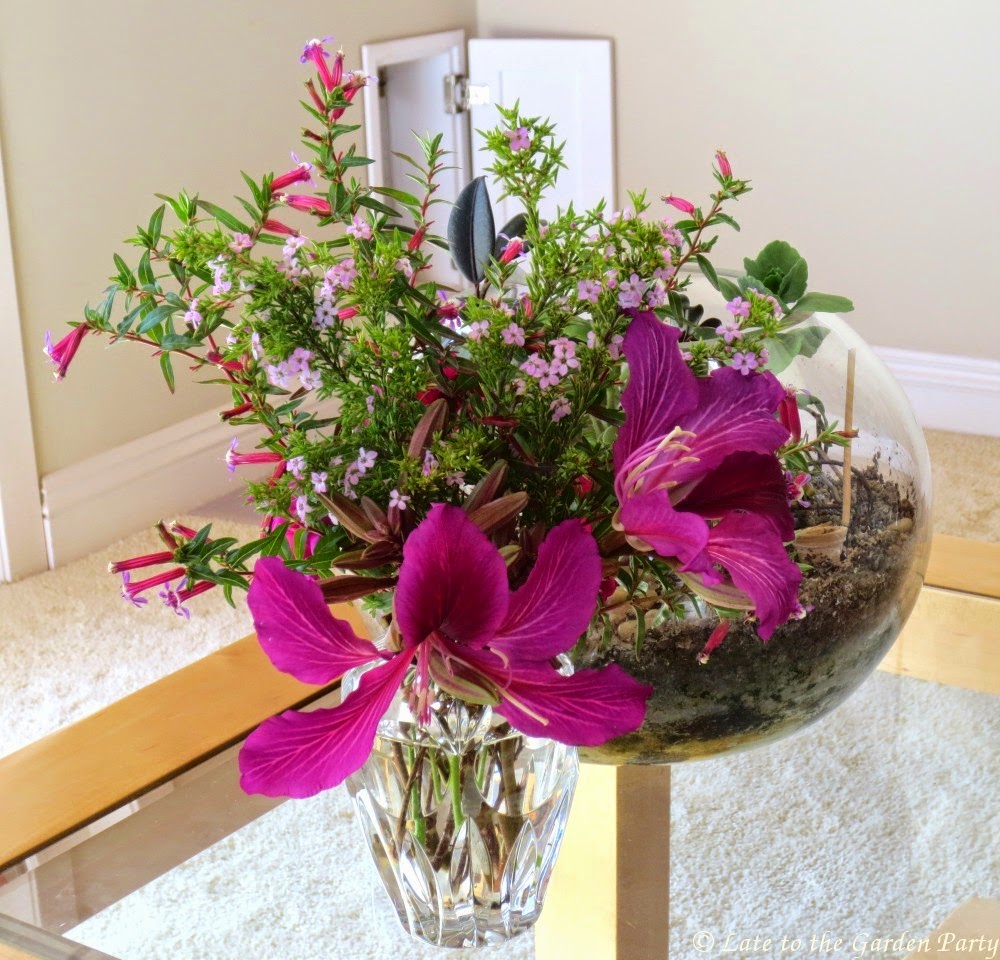 The Bauhinia flowers are likely to drop within a couple of days and the buds left behind are unlikely to open but, assuming they don't, I can turn the arrangement around and position the Pelargonium to face outward.  Maybe next week, I'll put on surgical gloves and try doing something with the lavender primrose...

Visit Cathy at Rambling in the Garden to see what she's got in a vase this week and to find links to other gardeners' creations.