Okay, I know she's over-exposed.  My favorite plant this week is Digiplexis 'Illumination Flame,' a hybrid mix of Digitalis purpurea and Isoplexis caneriensis, bred in 2006.  In making this week's choice, I struggled between her and a good old garden work-horse.  In the end, she won out because she took better pictures.  (Keep in mind that I live in the shadow of Hollywood, where style often trumps substance.)

She's more impressive in a close-up. 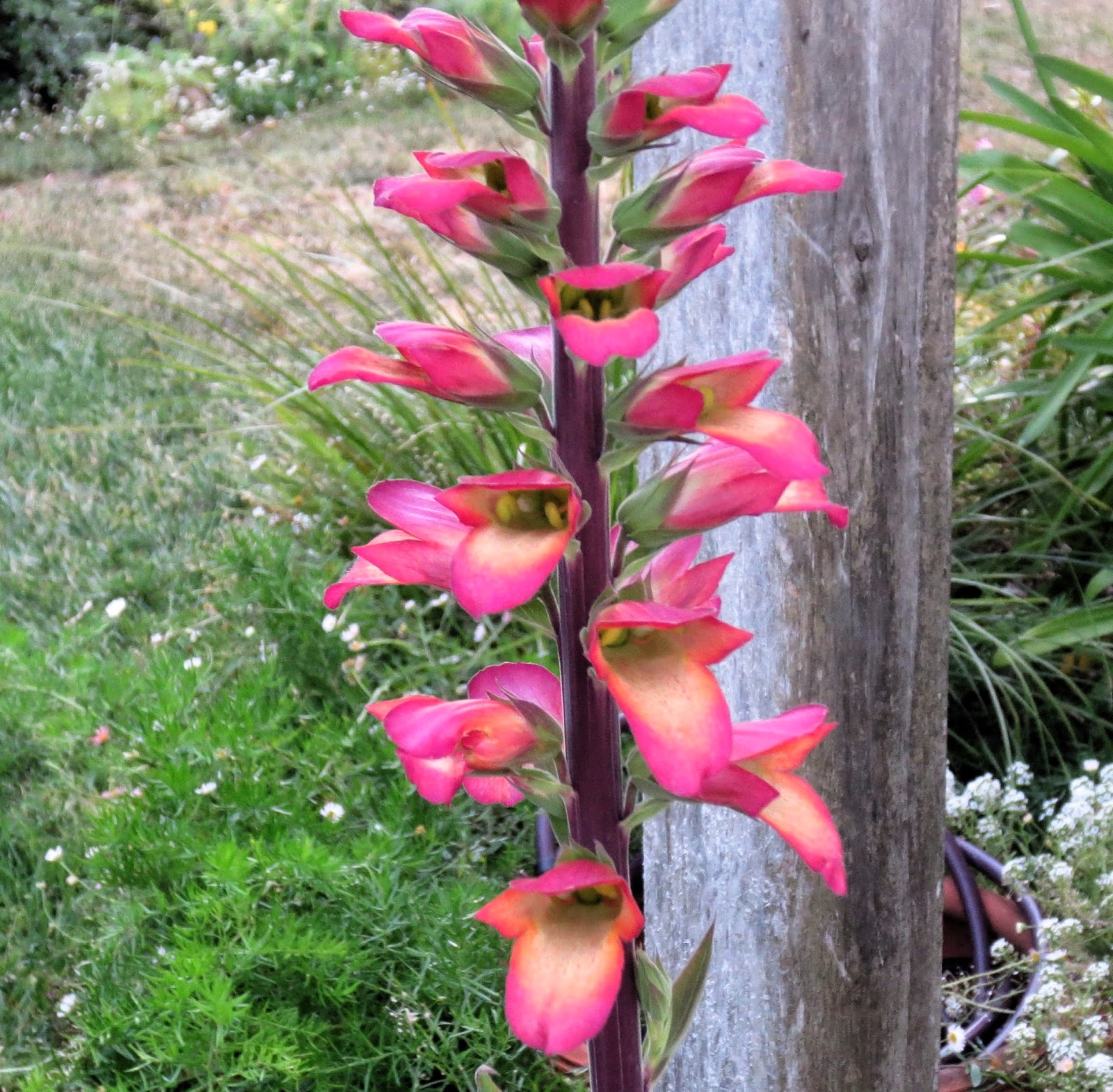 The foliage is attractive too. 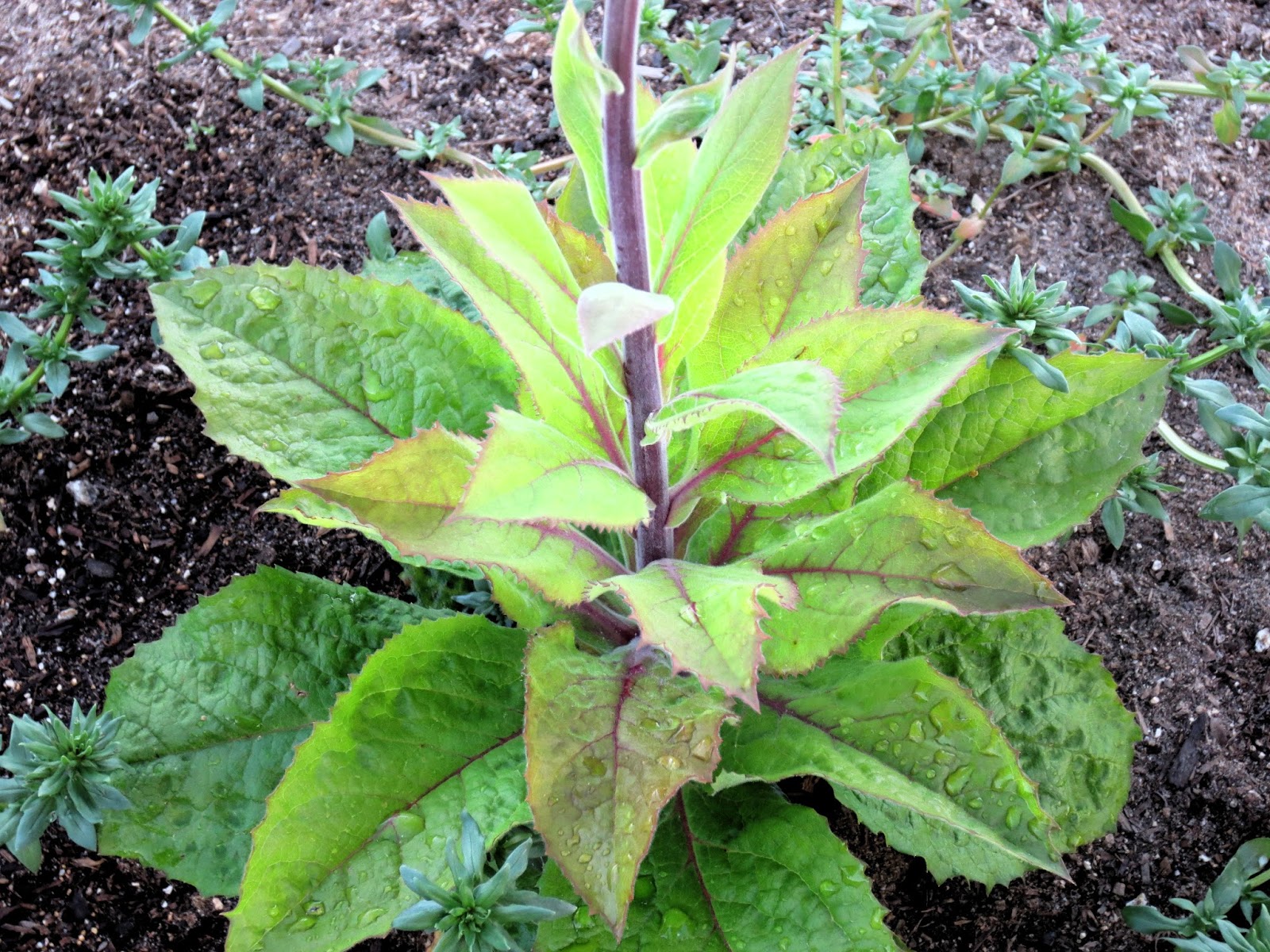 She's blooming earlier than my Digitalis purpurea and appears to me to be hardier than her parent, Isoplexis caneriensis, which I previously managed to kill in record time.


I have 4 of these plants.  The one shown in flower above was planted in early November, after I picked the plant up at Roger's Gardens in Orange County on a tip from Denise at A Growing Obsession.  I subsequently acquired 3 more by mail order in February through Annie's Annuals & Perennials.


The 3 planted more recently are shorter, about 12 inches tall, and their flowers haven't opened yet.  The one planted in November is about 3 feet tall and perhaps half that wide at the base.

Digiplexis 'Illumination Flame' was named Plant of the Year at the 2012 Chelsea Flower Show and received the Greenhouse Grower's Award of Excellence in 2013.  It was difficult to find last year but this year just about every nursery seems to have a supply.


It's reputed to have a long bloom period, due in part to the fact that the flowers are sterile.  According to San Marcos Growers it's been called a "Digitalis with lipstick" and, although commonly referred to as "Digiplexis," it's properly classified in the Digitalis genus.  The flowers are smaller than those I commonly find on Digitalis purpurea.  The outer petal color is fuchsia and the inner throat color is variously described as reddish orange, nectarine, or an evolving hue which starts red, changes to orange and finally mellows to yellow.

It needs well-drained soil and regular water.  It's said to grow in full sun to part shade.  Mine all receive morning sun but varying degrees of afternoon shade.  They're reportedly hardy to 10-15F and they're described as suited to USDA zones 8-10 or 11.

Over-exposed or not, I'm pleased that they've been so easy to grow.  They've presented no problems thus far.  According to on-line sources, other varieties in the 'Illumination' series are currently in development, including 'Raspberry,' 'Chelsea Gold,' 'Pink,' and 'Berry Canary.'

Digiplexis (Digitalis) 'Illumination Flame' is my contribution to Loree's favorite choice meme at danger garden.  You can see Loree's current favorite and find links to other gardeners' choice plants here.