On the morning of the last day of the 2017 Garden Bloggers' Fling, we were lucky to have the opportunity to visit Casa Mariposa, the personal garden of Tammy Schmitt, the Capital Region Fling Director.  As I've followed Tammy's blog for as long as I've been blogging myself, the garden was instantly recognizable and, although I'd never met Tammy in person prior to the 2017 Fling, I felt very much like I was entering the garden of an old friend.  Tammy's been a regular commentator on my blog - in fact, she was the very first commentator who wasn't a relative or a local friend.  She even sent me her collection of Amaryllis belladonna bulbs in 2015, certain that they'd find my zone 10b garden more hospitable than her zone 7a garden.  (This remains to be seen as I'm eagerly awaiting the arrival of the late summer blooms now that our prolonged drought is officially at an end.)

Despite the time absorbed in organizing the Fling while maintaining a full-time job and her disclaimers about the condition of the garden, described as "a study in improvisation and imperfection...dogscaped to meet the needs of her canine crew," it looked just perfect to my eyes.  The front was neat as a pin. 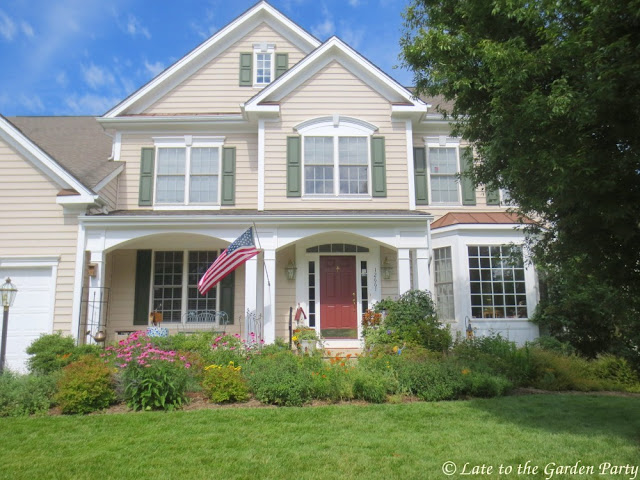 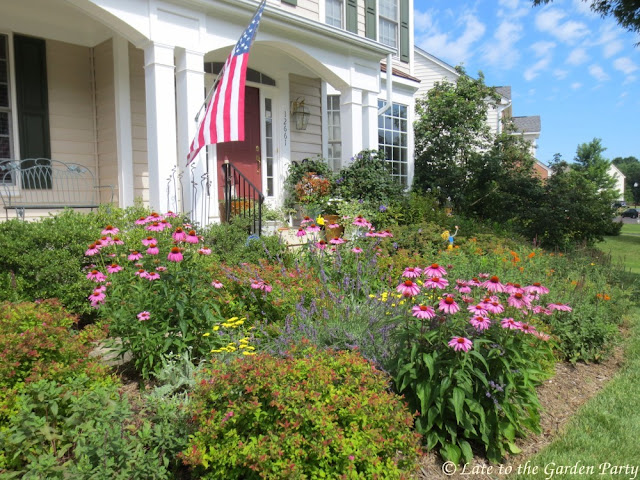 But decorative elements surrounding the front steps made it clear that this was Tammy's garden.

The signs of her effervescent personality became all the clearer as we approached the back garden through the side entrance...


Tammy is an avid organic gardener, focused on the use of native and other ornamental plants that support pollinators and other wildlife.

But perhaps the most immediately recognizable element of Tammy's back garden were the steps off the back of the house.


That's a LOT of pots, right?  But that wasn't all of them by any means.

There were quintessential Tammy touches embedded throughout the space.

And there were lovely plants everywhere.

I don't think Tammy's garden could be mistaken for anyone else's.

Thanks, Tammy, for inviting a horde of bloggers into your garden and for organizing a truly wonderful event!